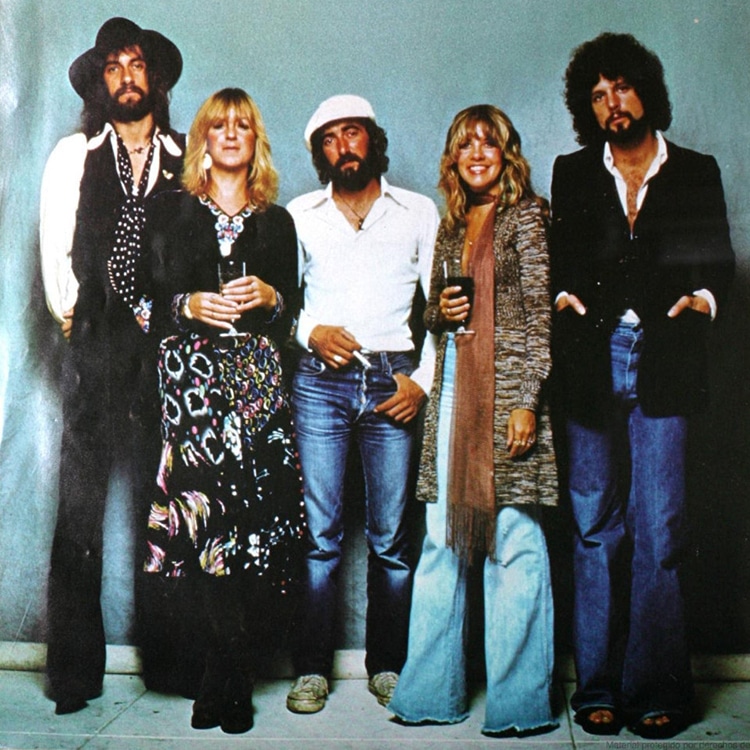 On June 18, 1977, Fleetwood Mac’s song “Dreams” peaked at number one on the Billboard Hot 100 charts in the United States. Forty-three years later, record players have been replaced by Spotify. However, modern apps and music streaming bring new possibilities for classic rock. After a TikTok video featuring a man named Nathan Apodaca skateboarding to “Dreams” went viral this year, the song entered the charts once more. “Dreams” recently reached the 21st slot of the Billboard Hot 100, introducing a new generation of listeners to the legendary rock band’s extensive discography.

Despite the resurgence of one of their most popular songs, Fleetwood Mac’s popularity has never waned over the decades. Their iconic 1977 album Rumours is sixth on the list of best-selling albums of all time with over 45 million copies sold (and counting). Rolling Stone ranked the album the seventh greatest of all time, writing, “Fleetwood Mac turned private turmoil into gleaming, melodic public art.” This album lends its name to the classic “Rumours-era” lineup of five band members which solidified in early 1975. All five have been inducted into the Rock and Roll Hall of Fame, along with several other members who cycled in and out of the group.

Read on to learn more about the iconic 1970s band which is having a modern moment.

Why is “Dreams” by Fleetwood Mac on the Billboard Hot 100 charts, 43 years after its release?

You might be wondering, how did a 43-year-old song end up on TikTok with Gen Z attempting “Dreams” challenges? Well, all it took was a TikTok user named Nathan Apodaca posting a video clip on September 25, 2020. In the video, he lip-syncs to “Dreams” while skateboarding to work and swigging Ocean Spray cranberry juice from the bottle. Titled “Morning Vibe,” the cheery video quickly went viral. By the next day, Fleetwood Mac’s official Twitter account had commented on the video. “Dreams” almost immediately spiked on streaming platforms, with 2.9 million streams in three days. The next week saw an increase to 8.47 million listens and 7,000 downloads.

Apodaca became a sensation. He received a gift of a truck (to replace his broken down car) and a large supply of cranberry juice from Ocean Spray. Band members have also expressed their happiness and gratitude to see their song newly appreciated. Mick Fleetwood—the founding drummer of the band—thanked Apodaca over Zoom and even created a TikTok video of his own. As “Dreams” crested into the Billboard Hot 100, Stevie Nicks—author and lead vocalist of the song—also made her own TikTok by rollerblading and singing to the tune. She too expressed amazement and gratitude, especially for the video’s role in exposing young people to Fleetwood Mac. Nicks told Billboard, “If the young kids start listening to Fleetwood Mac, start with the first album and just go through them. Sit down and be in it for the long run, and you’ll have the best time.”

Who are the members of Fleetwood Mac?

As a band, Fleetwood Mac is greater than the sum of its parts. Over the past 50 years, the band has had about 18 different members and a variety of lineups. The Rock and Roll Hall of Fame credits this diverse cast of characters for the band’s experimentation and variety—with elements of pop rock, blues, and soft rock.

The band originally began in the UK in 1967. Founded by guitarists Peter Green and Jeremy Spencer and the drummer Mick Fleetwood, the fourth member to contribute to the band’s first album was bassist John McVie. The names of Fleetwood and McVie (nicknamed “Mac”) combined to create the band’s longstanding name, Fleetwood Mac. Their 1968 eponymous debut album featured a blues rock sound which was well received in the UK.

Over the next several years, additional musicians cycled through the band with some frequency. A significant addition was the keyboardist and vocalist Christine McVie née Perfect, wife of John McVie. She joined the band in 1970 and would go on to write many of their hits. In 1974, the band relocated to Los Angeles and signed a new contract with Warner Bros. The group soon found themselves in need of a new guitarist. Through mutual industry connections they were introduced to Lindsey Buckingham—a young American folk-rock musician whose musical partner in a duo called Buckingham Nicks was his girlfriend, singer-songwriter Stevie Nicks. On New Year’s Eve 1974, the duo joined both the McVies and Fleetwood to form the classic lineup most remembered today.

In July of 1975, Fleetwood Mac released another eponymous album featuring all five band members; technically, it was the group’s tenth studio album since formation. The main hit songs were written by Christine McVie and Stevie Nicks, including Nicks’ famous “Rhiannon.” The album catapulted the band to the top of the charts in the United States. Seven million copies sold, solidifying the band’s success. Following up their first album, the band released Rumours in 1977. The album developed out of multiple breakups. The relationship of the McVies—as well as that of Buckingham and Nicks—collapsed. Fleetwood was also going through a divorce himself. Known for its members’ full embrace of the “sex, drugs, and rock and roll” lifestyle, Fleetwood Mac was riding high professionally despite the personal woes of band members.

Despite these difficulties, Rumours was an exceptional hit. It won the Grammy Album of the Year, dominated the airwaves, and sent four songs to the top 10 of the charts—”Dreams” achieving the number one spot. The album and corresponding tour cemented Fleetwood Mac as rock legends. Three more studio albums and one live record followed featuring the classic lineup, the last being Tango in the Night in 1987. Members of the band also pursued solo careers, with Nicks’ albums being arguably the most successful. The Rumours crew would reunite several times, including in 1997 for a new live album The Dance and in 2014 for an extensive U.S. tour.

1. Buckingham and Nicks were a package deal.

When Lindsey Buckingham was recruited by Fleetwood Mac, he refused to join the band unless the other half of Buckingham Nicks could also join. Buckingham and Nicks had been dating since high school, when they first began making music together. However, by the time they joined the band, their relationship was already slipping.

2. There were twisted romances within the band.

After Rumours, the band members were in a bit of a romantic mess. Both former couples were now separated, and in 1977 Nicks briefly dated Fleetwood.

3. Their album after Rumours wasn’t a major success.

Tusk followed Rumours in 1979. The record took new directions and avoided falling into a creative rut. While a radio success, the album did not sell in the same volumes as the previous release. Many considered it a “flop” in sales due to the record being a double, and thereby more expensive.

Stevie Nicks has been a diarist and songwriter for many decades. Supposedly, her diaries are quite extensive, recording her exceptional life. Her songwriting career is especially prolific. Her first song—written as a teenager—was titled “I’ve Loved and I’ve Lost, and I’m Sad but Not Blue.” She will occasionally share passages via social media.

5. Christine McVie was the calm one of the group.

Christine McVie identified herself in a 2019 Harper’s Bazaar interview as one of the calmer members of the group—this is, of course, is a relative distinction. “Except I once threw a cake out the window which landed on top of a taxi,” she said. “I was kind of the good girl in the group. That’s who I was. Stevie used to call me Mother Earth because I was always pretty grounded.”

6. Members of the group had completely different career paths before forming the band.

Musicians often work other jobs before their big break, and the Fleetwood Mac members were no exception. Mick Fleetwood was supposed to be a window cleaner before helping found the band. John McVies was already training to be a tax inspector when his opportunity came. 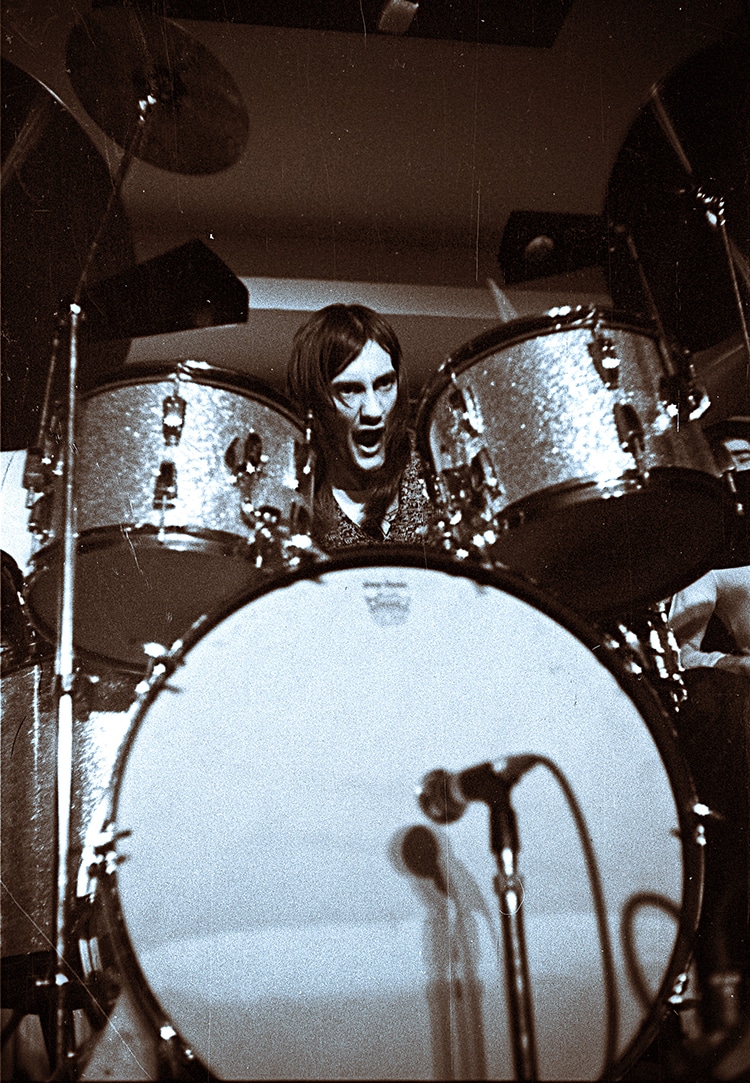 Nicks—known for her flowing ’70s dresses and witchy vibes—began working with designer Margi Kent in 1977. Nicks has said she was inspired by Janis Joplin’s style, making it her own with crocheted shawls and long skirts. While the entire band definitely had a strong groovy aesthetic, Fleetwood has an odd signature accessory: toilet chains stolen from a club venue in the 1960s, which he hangs from his belt at concerts.

8. They wrote breakup songs about their failed relationships within the group.

The renewed hit “Dreams” was written by Nicks as a response to the end of her relationship with Buckingham. His “Go Your Own Way” addressed his own side of the split. Both hits, themes of loneliness appear in each tune despite their differing perspectives.

9. Rumours wasn’t the original title of the iconic album.

Rumours could have been titled “Yesterday’s Gone,” a lyric from the track “Don’t Stop” written by McVie. First released as a single, “Don’t Stop” reached the number three spot on American music charts. It is an anthem derived from McVie’s divorce and the need to continue life.

10. They performed at Bill Clinton’s inauguration, even though the band had split at that point.

Stevie Nicks and Lindsey Buckingham left the band in 1987, but the Rumours lineup came together in January of 1993 to perform at Bill Clinton’s first Inaugural Ball. Clinton requested the group’s presence as their song “Don’t Stop” was his campaign theme music.

11. Their manager toured with a fake Fleetwood Mac.

In 1974, before the addition of Nicks and Buckingham, Fleetwood Mac had to cut their American tour short. Their manager, Clifford Davis, used the band’s name to put forward an entirely new group of musicians and finish the tour. This generated enough confusion and legal drama to be noted in Rolling Stone. It took wrangling to resolve who owned the name. Davis claimed in Rolling Stone, “This band is my band. This band has always been my band.” History begs to differ, and the real Fleetwood Mac chose to work without a manager in the future.

12. They were inducted into the Rock and Roll Hall of Fame.

Fleetwood Mac was inducted into the Rock and Roll Hall of Fame in 1998 by Sheryl Crow. The Rumours lineup was included, alongside Peter Green (who passed this year), Jeremy Spencer, and Danny Kirwan—influential members of other lineups. Stevie Nicks was also inducted as a solo artist in 2019 by Harry Styles, in a touching generational crossover. She is one of only a handful of artists (and the only woman) honored twice.

Over 50 years after the band’s founding, Fleetwood Mac is once again enchanting global audiences with their ’70s brand of rock and roll.

According to long-time band member Christine McVies, the changes over the decades have only made Fleetwood Mac stronger. “In the 70s, we were gods and goddesses,” McVie reminisced to Harper’s Bazaar in 2019. “Rumours was huge. We were a lot younger and for a time it was brilliant. It’s definitely more sober now. I think we’ve got better as I’ve grown older. We’re the best band we’ve ever been.” Now—through TikTok, Spotify, and even old fashioned vinyl—a new generation of listeners is learning about the magic of Fleetwood Mac.

Neuroscientist Makes Playlist of the Happiest Songs According to Science