Select your Top Menu from wp menus
Art And Craft
2019-11-13
Miif Plus
Home
Art
120,000 Ribbons Wave Across the Former Footprint of the Berlin Wall in an Installation Marking 30 Years Since the Peaceful Revolution On November 9, 1989, German officials decided to allow residents of Communist East Germany to cross over and visit the Western, democratic half of the divided country. Though the complex process of physically and ideologically reunifying the country took about a year in total, November 9th is considered a landmark day. To celebrate 30 years since the Berlin Wall began to break down, artist Patrick Shearn (previously) was commissioned to create a large-scale installation that integrated the reflections and hopes of 30,000 people.

Visions in Motion was on view November 4th through 10th in front of Berlin’s Brandenburg Gate, a location that had previously been a demarcation of division. A statement from Poetic Kinetics explained, “the artwork’s rectangular shape conjures the form of the wall; but instead of a heavy, impenetrable border, the form takes flight.” The massive installation spanned 20,000 square feet and was comprised of 120,000 fabric streamers, a quarter of which featured hand-written messages that were collected in the months leading up to the display.

Shearn is a resident of Los Angeles, Berlin’s sister city, and is renowned for his large-scale kinetic installations, which he calls “Skynets”. Tying the German installation to its sister city, the Los Angeles-area Wende Museum, which houses Cold War artifacts, invited Los Angelenos to contribute messages to Visions in Motion as well.

Shearn and his team at Poetic Kinetics are prolific creators. You can explore much more of their archive on the Poetic Kinetics website, and follow them on Instagram to keep up with their latest projects around the world. 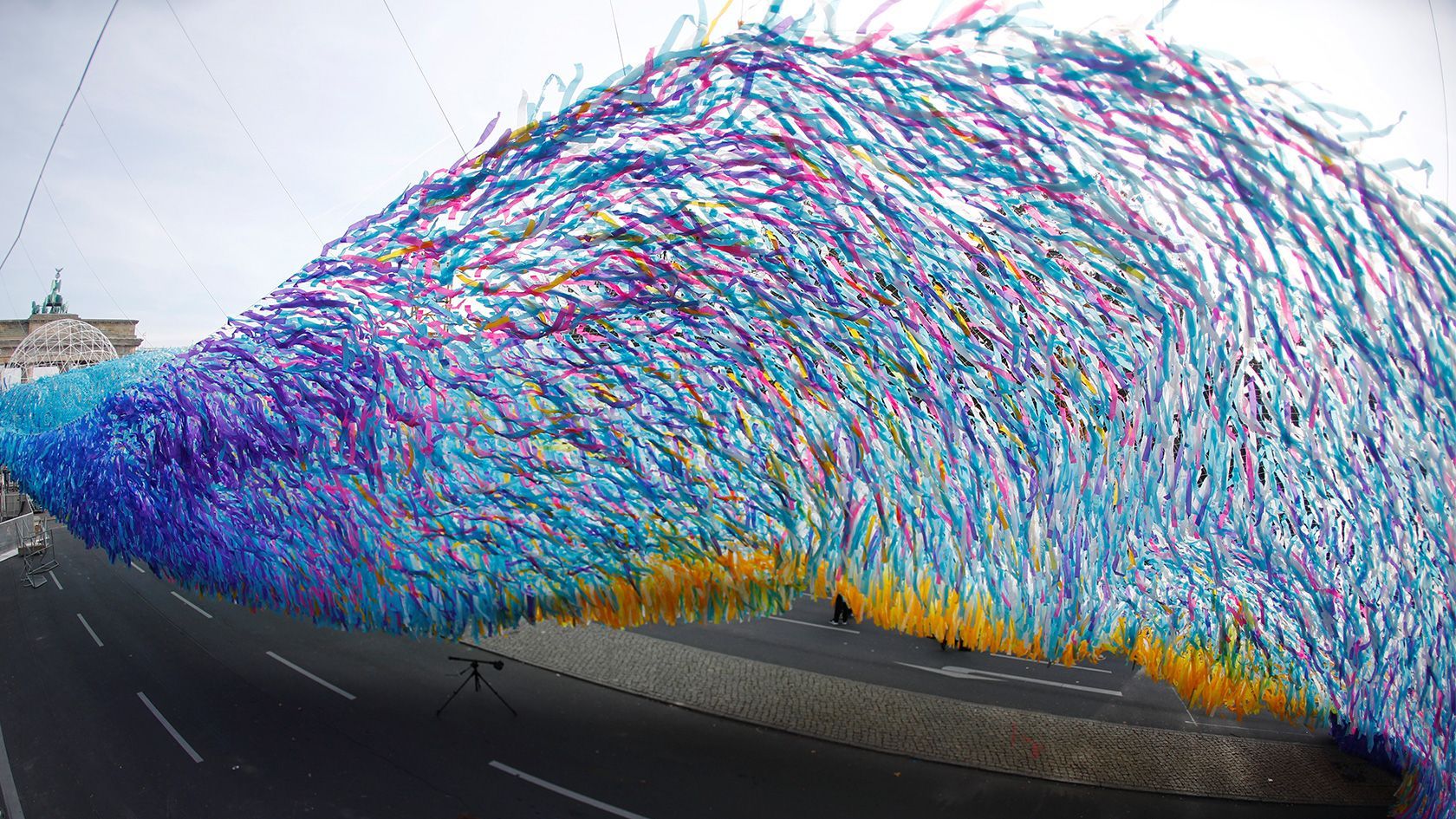