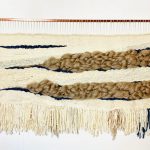 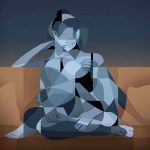 1,300 Oil Paintings Flow Through a Dreamlike Animated Music Video for The Beatles — Colossal

London-based animator Em Cooper captures the hazy daze of slipping from wakefulness to slumber in a new music video for The Beatles’ “I’m Only Sleeping.” The short animation stitches together 1,300 oil paintings on celluloid that swirl and twist from one scene of euphoric stupor to the next. “We used to listen to this song on a tape in the car when I was a child,” Cooper told Creative Boom, “and the song itself evokes such a mesmerising, languid, dreamy state. In a way, my job was only to follow its lead with a paintbrush in my hand.”

Originally released in 1966 and now part of the new Revolver: Special Edition album, the harmonic track remains relevant and subversive for its soporific, unhurried approach to modern life, which Cooper echoes in her laborious process of hand-painting every frame. You can find more from the Emmy-nominated animator and director on her site. Do stories and artists like this matter to you? Become a Colossal Member today and support independent arts publishing for as little as $5 per month. You’ll connect with a community of like-minded readers who are passionate about contemporary art, read articles and newsletters ad-free, sustain our interview series, get discounts and early access to our limited-edition print releases, and much more. Join now!