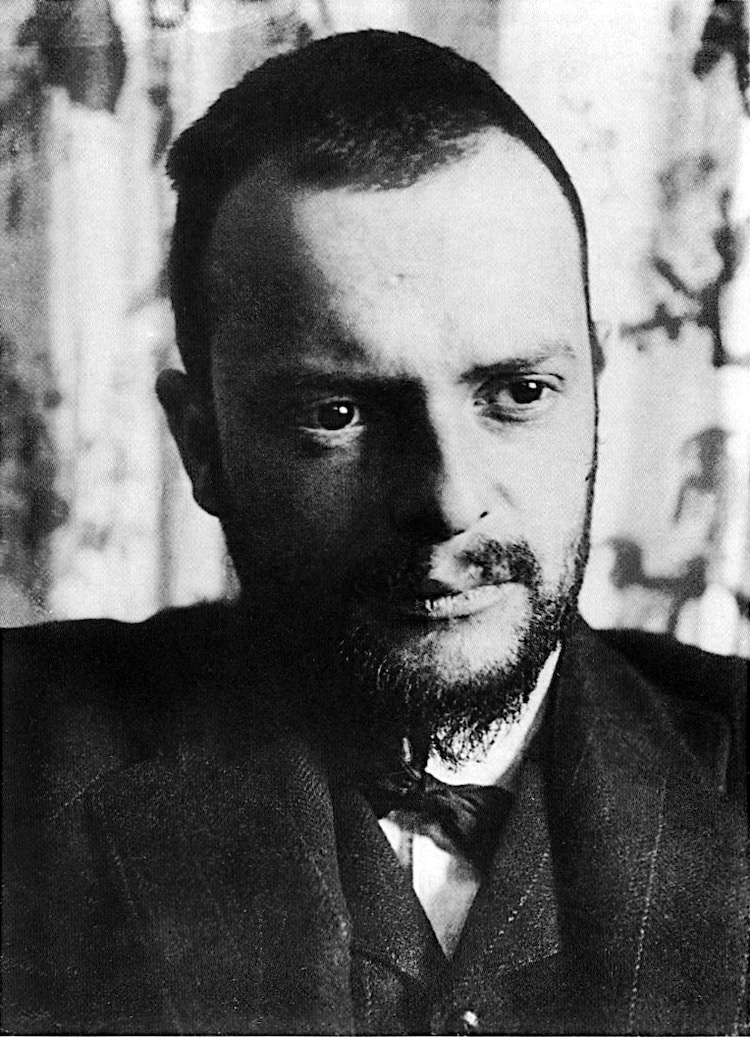 Swiss-born German artist Paul Klee became famous for his highly individual style that can’t be categorized into a specific movement. He was influenced by Expressionism, Cubism, and Surrealism, and he was associated with the German Expressionist group Der Blaue Reiter, along with Wassily Kandinsky. Both artists visualized their personal experience of sound and music. Klee was a musician for most of his life and often practiced violin right before he began painting.

Klee created a diverse body of work throughout his career and constantly experimented with different techniques and materials. He often broke the “rules” of traditional painting and created his own visual language of abstract shapes, symbols, and signs to convey his humor, childlike imagination, and personal beliefs.

Read on to discover five Paul Klee artworks that illustrate key periods in his life.

Hammamet With Its Mosque, 1914 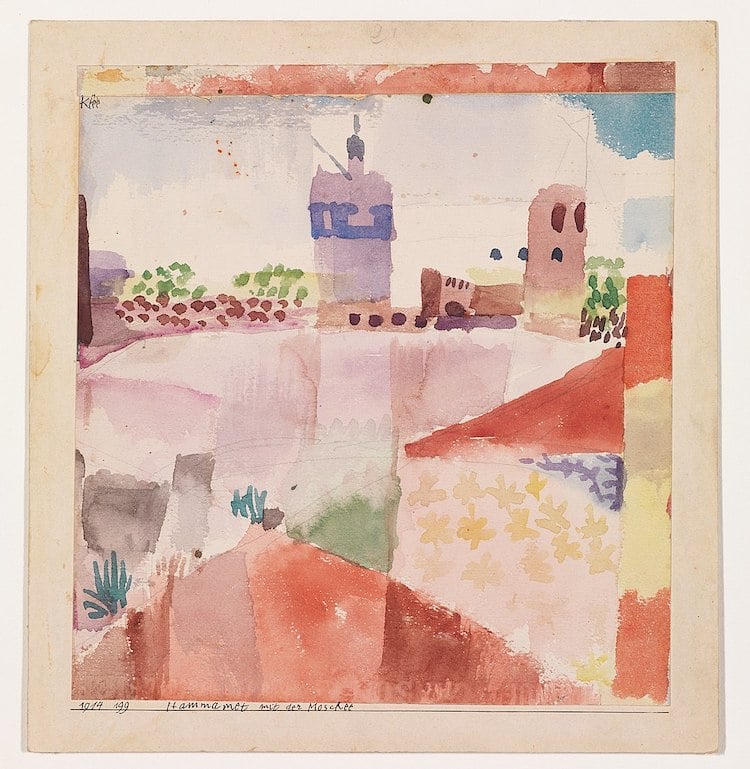 Klee visited the small town of Hammamet in the northwest part of Tunisia in April 1914. The trip inspired this watercolor painting of the town’s mosque and the gardens surrounding it. The light of North Africa inspired Klee’s sense of color, and it was there that he made his famous statement, “Color and I are one. I am a painter.”

The upper half of the painting is representational, depicting the mosque surrounded by two towers and gardens. However, the lower half—featuring translucent color planes— is more abstract. Klee followed French artist Robert Delaunay’s example of making pure color and its tones the sole subject of a painting. 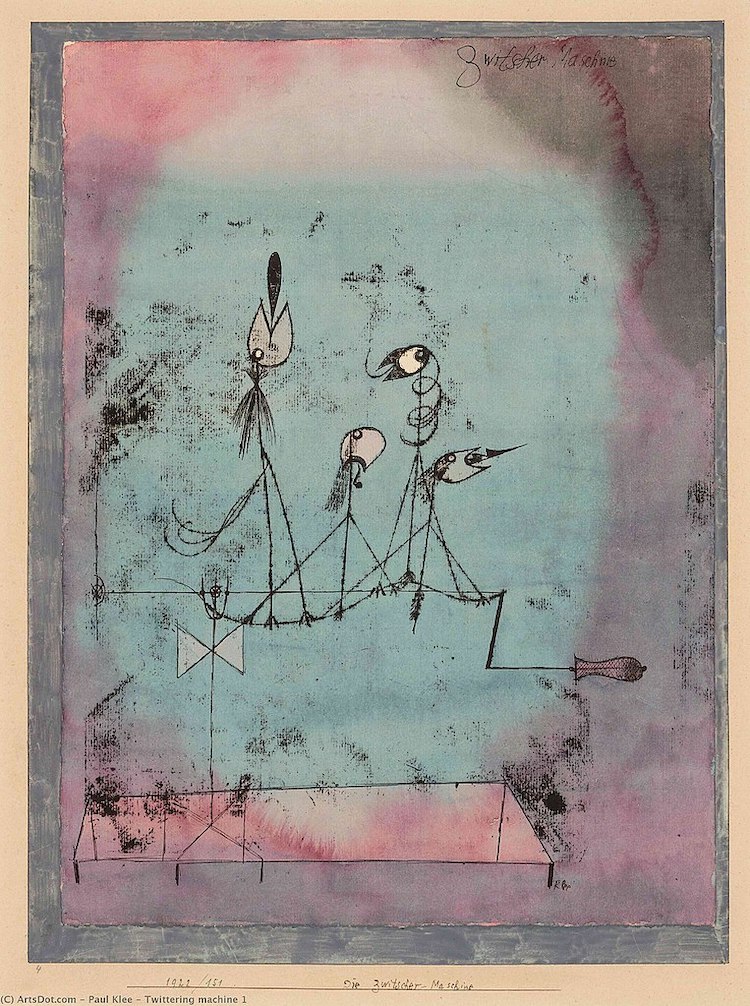 The Twittering Machine is one of Klee’s visualizations of sound. It features a flock of birds on a wire with a cranking mechanism. Like a kid’s toy, the birds look as though they would come to life and begin to sing as the crank is turned. To create the mixed-media piece, Klee drew on top of a sheet of paper that had been first covered in black oil pigment, which resulted in the blurred lines and black smudges of the background. 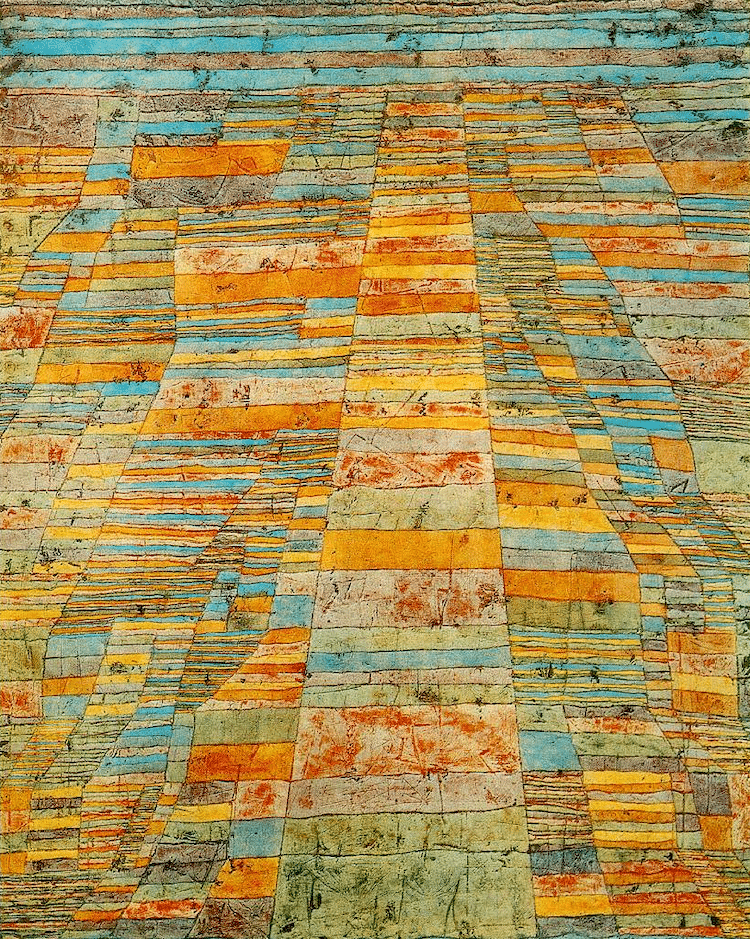 Highway and Byways is one of the key paintings to come out of Klee’s trip to Egypt that he took from mid-December in 1929 to early January in 1930. Using color, shape, and line, Klee created an abstract landscape with a sense of real-life time and space. The narrow blue rectangles at the top of the canvas suggest the River Nile, while the uneven jumble of shapes on the left and right depict Egyptian grain fields and paths. The center of the painting features broad, pale trapezoids, suggesting the main road and leads the viewer’s eye from the bottom of the canvas to the river at the top. 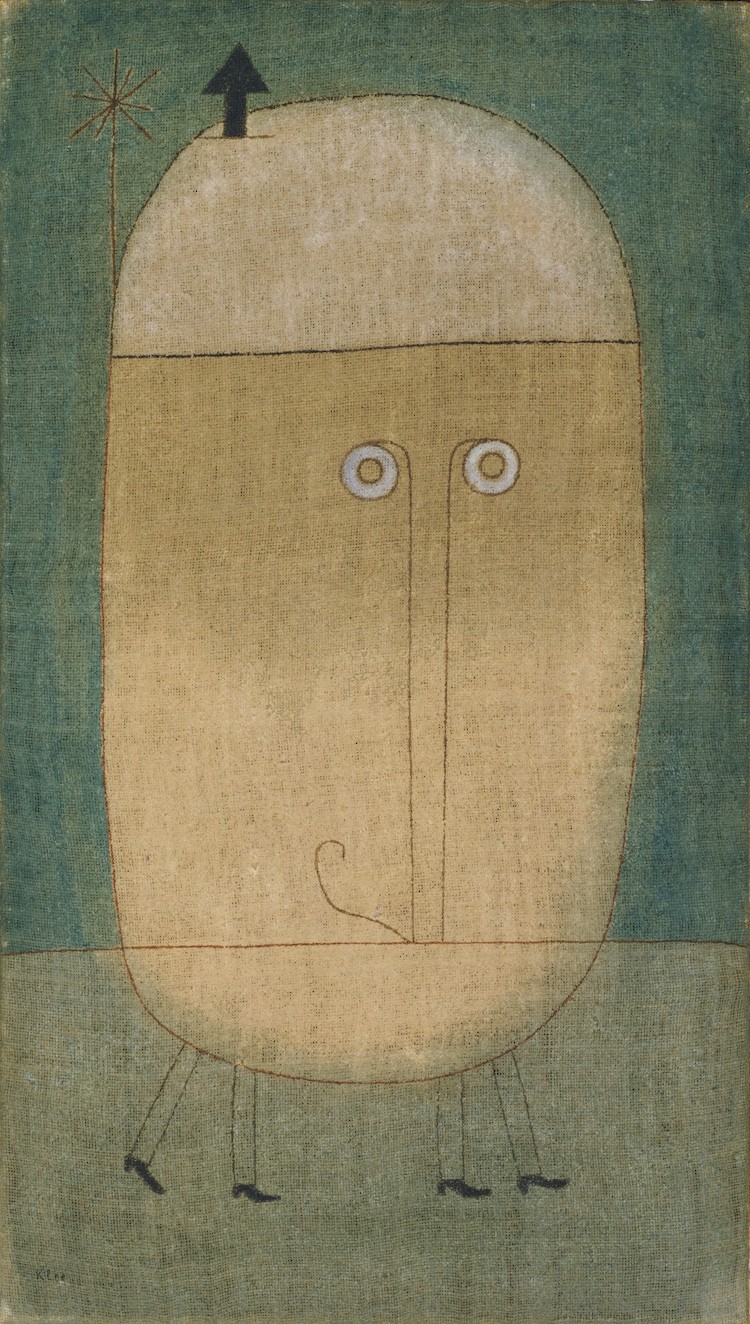 Mask of Fear was painted in 1932, just before Adolph Hitler came to power in Germany. The satirical painting was inspired by a Zuni war god sculpture that Klee saw at an ethnological museum. It features two sets of legs, suggesting that two figures are hiding behind the giant carnival-style mask. Klee said of the painting, “The mask represents art, and behind it hides man.”

The satirical painting reveals Klee’s inner state of mind. At the time, he feared the future of Germany as well as the future of art. Within a year of creating Mask of Fear, Hitler called Klee’s art “degenerate” and the artist’s fears were realized. 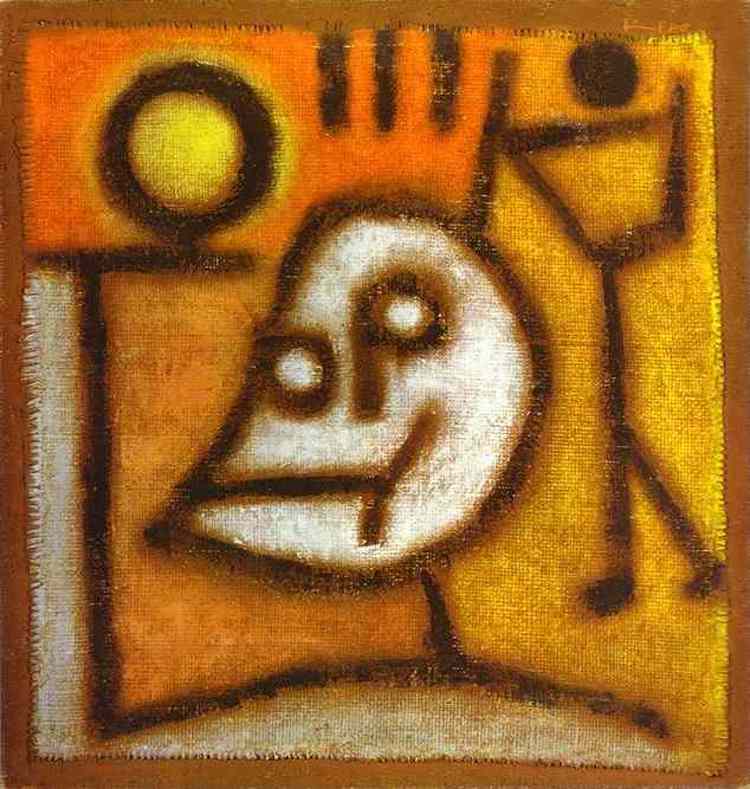 Klee painted Death and Fire in 1940, just a few months before his death in June of that year. He was suffering from a condition known as scleroderma, which caused painful joints and rashes on his hands. This explains why his work during this period became increasingly simplistic, and Death and Fire is a key example of this.

Klee was influenced by primitive art in the past, but this painting is particularly simplistic and critics even likened it to the style of cave-paintings. An illustration of mortality, the oil-on-jute piece depicts a central human skull-like motif featuring the word “tod” (the German word for “death”). “Tod” can be found again in the “T” shape of the figure’s raised arm, the golden orb (O) in its hand, and the D shape of its face.