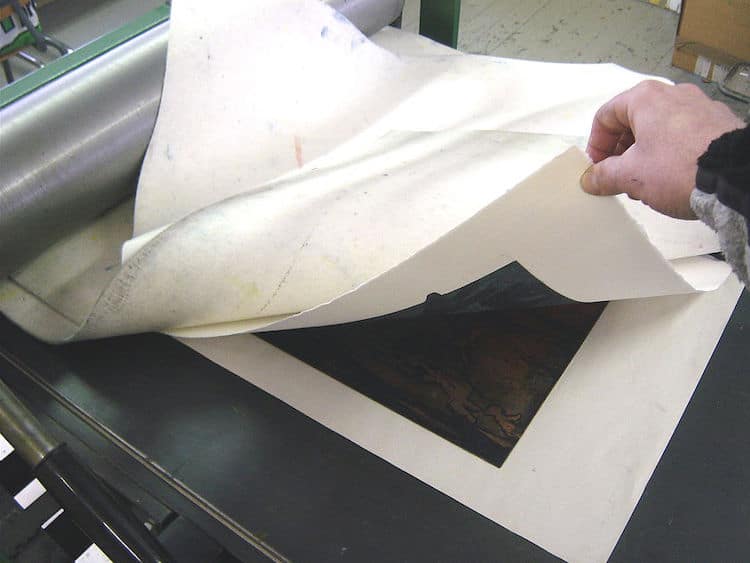 The invention of the printing press changed the world. By the 15th century, it allowed for the mass production of printed matter such as newspapers and books. But beyond the proliferation of information, there was another benefit to the industrial machine: it facilitated the phenomenon of printmaking as an art form.

Printmaking is an artistic process based on transferring images from a master plate (usually made of wood, metal, or glass) onto another material (most often paper or fabric). There are four traditional printmaking categories: relief (which includes techniques such as woodcut and linocut), planography (lithography), serigraphy (silkscreen), and intaglio.

Intaglio printmaking techniques emerged in Europe centuries after the invention of woodblock printing in Japan. Made by engraving into metal, some historians believe that intaglio evolved from goldsmiths’ practice of taking an impression of a design they engraved on an object onto paper (in order to keep a record of it).

Learn more about the various intaglio printmaking techniques below.

What is Intaglio Printmaking?

Originating from Italy, intaglio is the collective term for printmaking techniques in which the image is incised into the surface of metal plates (most commonly made of copper, zinc, or brass). Once the plate is inked using a roller, its surface is wiped clean and only the pigment in the recessed areas is left.

Once inked, the plate is then positioned onto the bed of an etching press, which is a machine with two steel rollers that provide pressure. A dampened sheet of paper is laid on top of the plate, and two felt blankets are placed on top of the paper. The bed is then cranked between the two rollers, which forces the paper into the recessed areas of the metal plate. After the bed arrives at the other end of the press, the blankets and paper are removed to reveal the finished print.

There are five traditional intaglio processes: engraving, etching, drypoint, aquatint, and mezzotint. Each one produces a distinct look and feel, and many artists will combine two or more techniques to produce one-of-a-kind prints. Read on to learn about each printing process. 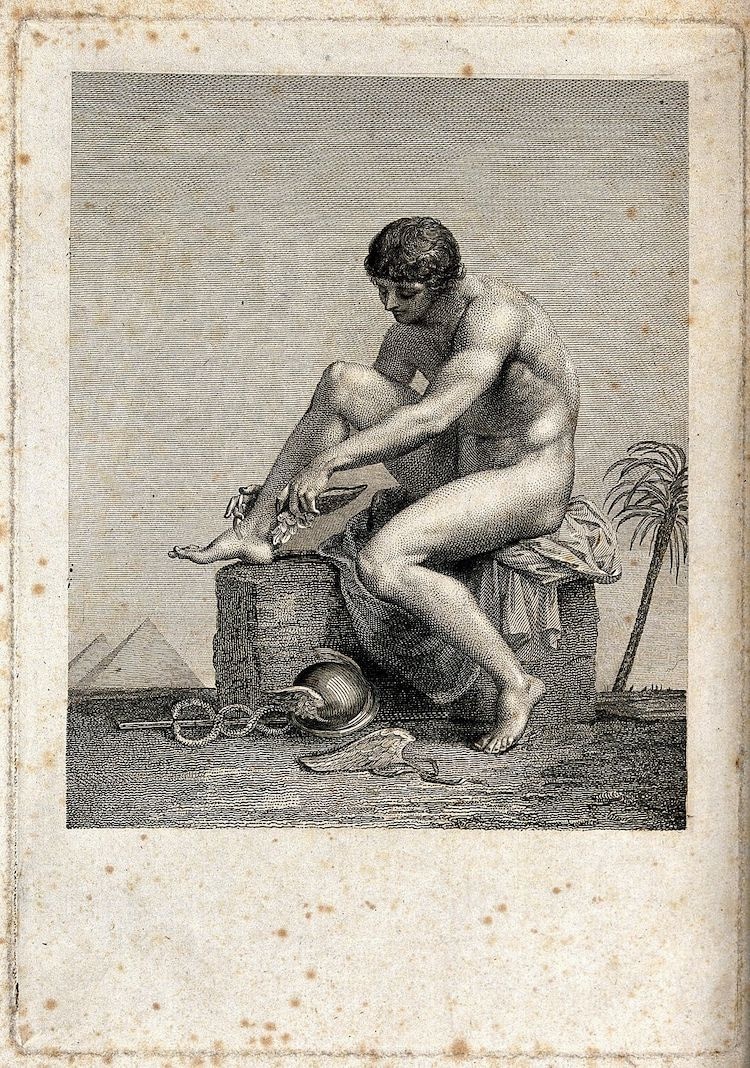 First developed during the Middle Ages, engraving is the oldest and most common of the intaglio techniques. The meticulous process involves cutting a design into a copper plate using a tool called a burin.

Engraving is perfect for rendering straight lines and shading (through hatching and crosshatching). Creating elaborate prints with curves, however, is no easy feat. To do so, the artist must turn the plate while pushing the burin straight ahead.

The etching printmaking technique dates back to the 1500s when it was used to apply decorative motifs to armor. The process, however, is still practiced by many artists today.

In contrast to the painstaking engraving process, etching allows for more spontaneity. A metal plate is first coated with a thin layer of an asphaltum-based, acid-resistant substance called etching ground. The artist then uses an etching needle to draw their design directly into the wax-like matter to reveal the plate below. Finally, the plate is dipped into an acid bath, which then “bites” into the exposed lines. The longer the plate is left in the acid, the more metal is eaten away, resulting in deeper and darker lines. These acid-bitten areas hold the ink, recessed below the surface of the plate, ready to be put through the etching press.

Similar to etching, drypoint involves scratching the image directly onto the surface of the plate with a sharp needle. But unlike etching, this process—which dates back to the early 1600s— doesn’t involve acid.

The drypoint technique typically produces prints with irregular, soft fuzzy lines. This is because the shallow drypoint needle marks beneath the surface of the plate create a raised, rough ridge of metal called a burr. The burr holds most of the ink, rather than the recessed lines. For the plates, tin or copper is the preferred material.

A variation on etching, an aquatint print is created by carving out sections rather than lines of a plate. First, a fine layer of powdered rosin, melted resin, or asphalt is dusted onto the plate. Next, the artist heats the plate from below, which allows the powder coating to adhere to the metal. These droplets are acid-resistant and protect the design on the plate when it is lowered into the acid bath. The acid bites into the tiny holes of the coating, resulting in prints featuring tiny dotted fields of ink—perfect for achieving large tonal sections of an artwork.

To work in mezzotint, an artist first uses a tool called a rocker to prepare the metal plate. This tool features sharp metal “teeth” that pierce the surface of the plate as it’s moved (or rocked) across the surface. These small indentations hold the ink, producing a tonal, painterly network of lines.

Mezzotint is often combined with other intaglio techniques, usually etching and engraving. The process was widely used in England from the eighteenth century, mainly to reproduce portraits.

Letterpress Printing: From Its Beginnings to the Artisan Revival Going on Today