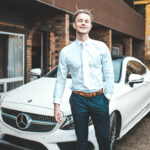 Compiling more than 500 cards, a new book sequences an incredibly diverse array of metaphysical decks from medieval to modern times. Tarot is arranged in order from the Major to the Minor Arcana and examines the meaning behind the varied illustrations, considering who created them and when. From a whimsical, black-and-white rendering of The Lovers by Madison Ross to French occultist Jean-Baptise Alliette’s pastel series, the compendium explores the collaborations between mystics and artists that have been happening for centuries. Many of the pieces included in the 520-page book are being shown outside their respective decks for the first time.

Tarot, which you can purchase on Tashcen’s site, is the debut tome in the publisher’s ongoing Library of Esoterica series. You also might enjoy paging through Salvador Dalí’s surreal deck.

Do stories and artists like this matter to you? Become a Colossal Member and support independent arts publishing. Join a community of like-minded readers who are passionate about contemporary art, apply for our annual grant, and get exclusive access to interviews, partner discounts, and event tickets.

The Lifestyle News You Missed This Week