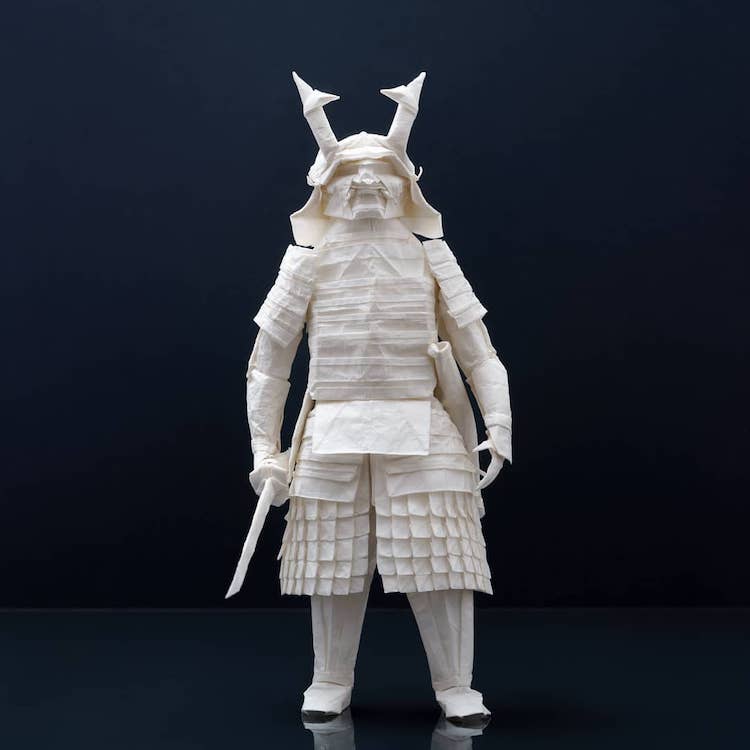 Artist Juho Könkkölä creates paper figures with the art of origami. His creations don’t use any cutting—just folding—but still result in amazingly detailed creations. Könkkölä’s newest piece, and perhaps his most striking, is of a samurai. The warrior is seen brandishing a sword in hand, and the artist was even able to depict the essence of the traditional armor including the pointed kabuto (helmet) and the scaly haidate (thigh armor). With this level of intricacy, it’s hard to believe that this samurai was crafted without ever piercing the paper or using glue.

“I got the idea for the character from my previous origami samurai warrior, which I did almost a year ago (March 2020),”  Könkkölä tells My Modern Met. “The artwork was a success on its own, it pushed my style in a direction that I didn’t expect, but I knew it was something that needed to be explored more. But it still left me thinking that I could fold a better samurai.”

In the fall of 2020, he decided to remake the figure. “I used the previous samurai as my starting point and I began to redesign its features one by one. I ended up redesigning all the parts, and I constantly found new ways to add more detail to the character.” He started with a square 95-centimeter (approximately 37.4-inch) sheet of Wenzhou rice paper. Then, he pre-creased the material in order to prepare the sculpture to come together. “The pre-creased paper has [a] huge amount of folds, and even after folding those,” he explains on Instagram, “there is still a lot of work before it is finished. You can see how each of the parts develop in the folding process.”

It only took a couple of days to pre-crease the paper; Könkkölä then spent the better part of a month finishing and shaping the figure. In subsequent photos, Könkkölä shares how the samurai started to come together, bit by bit. Using binder clips as well as folds that start large and grow increasingly smaller, the three-dimensional form eventually became big enough to stand it on its own.

All told, the samurai took three months to complete from planning to execution. In fact,  Könkkölä folded the character four times before folding the final one. Scroll down to see the incredible details from front to back. And for more origami, follow Könkkölä on Instagram.

Artist Juho Könkkölä created an amazing origami samurai without ever cutting the paper or using glue. 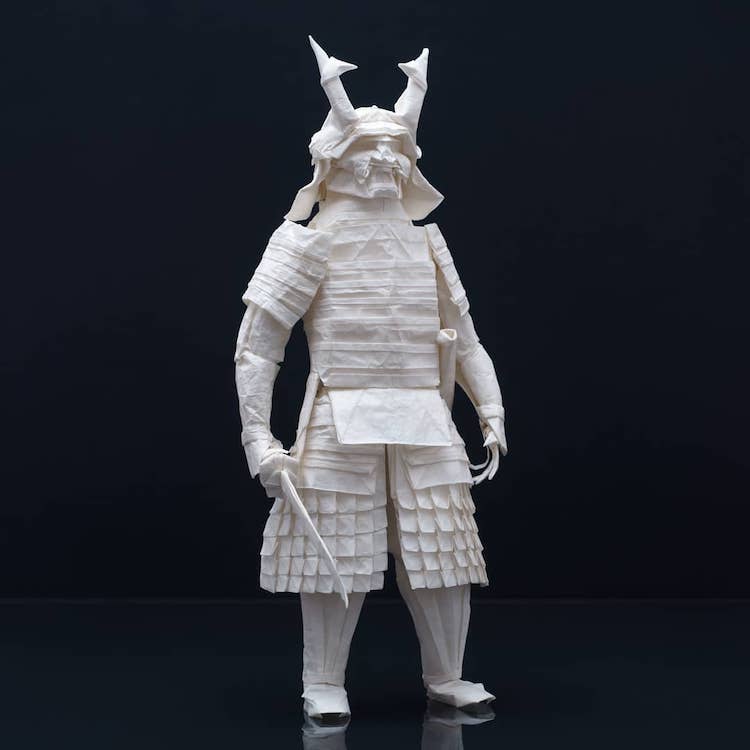 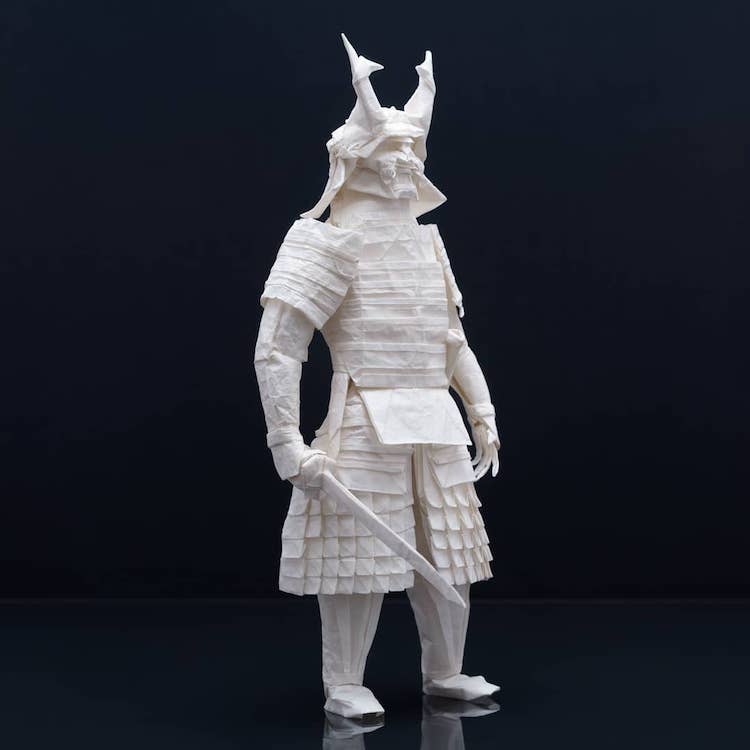 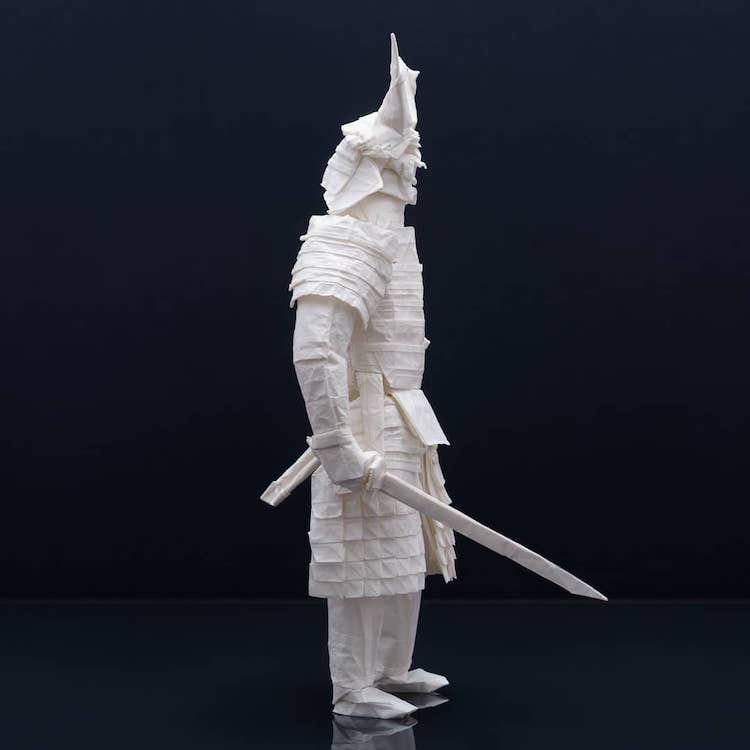 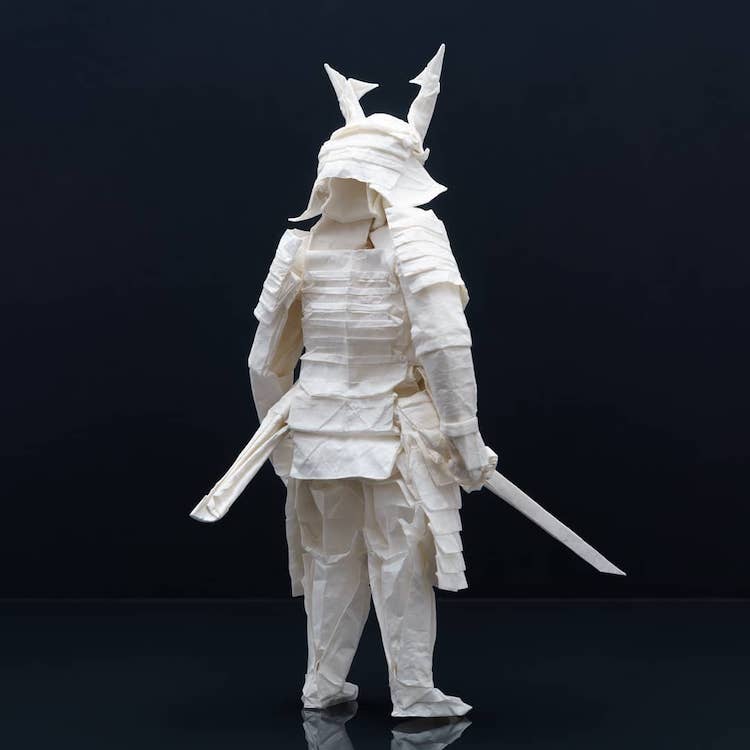 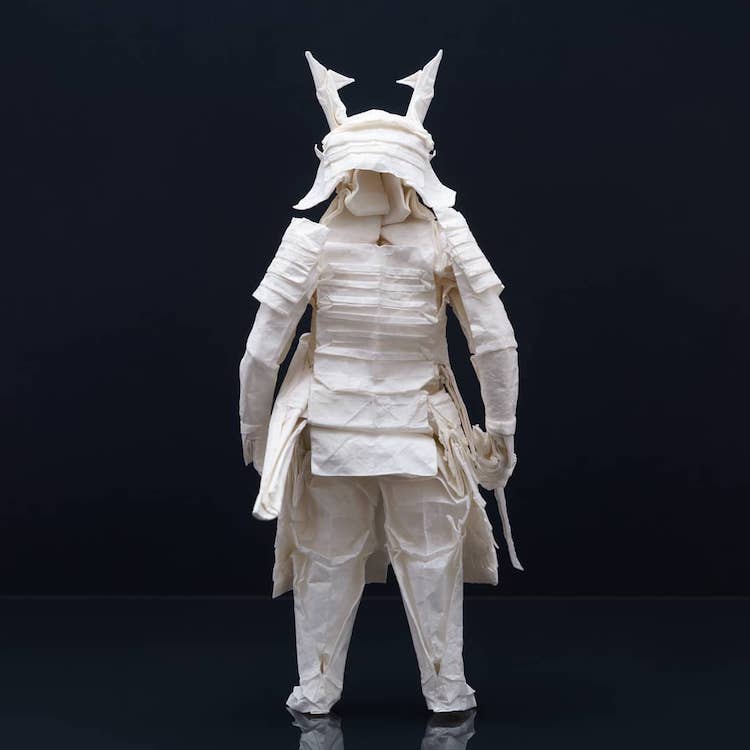 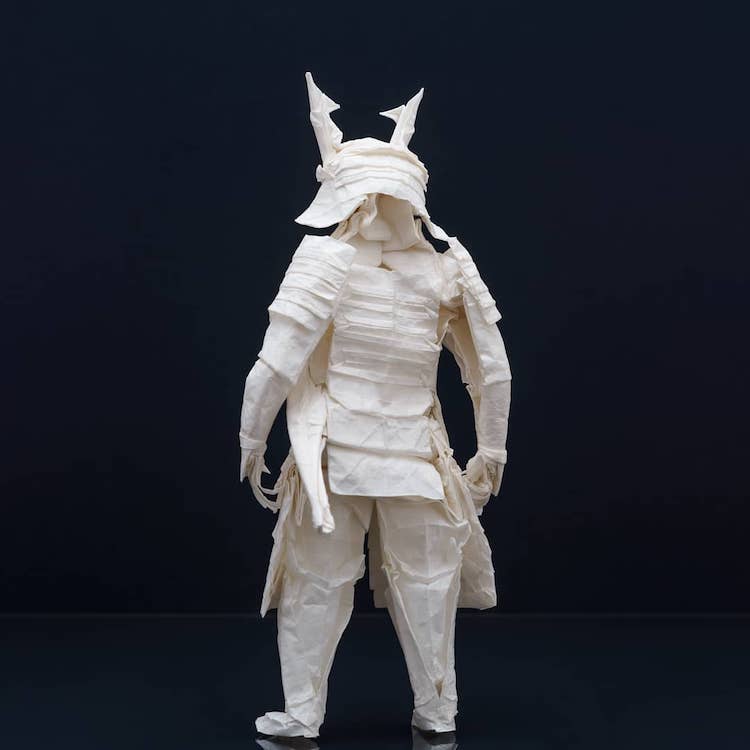 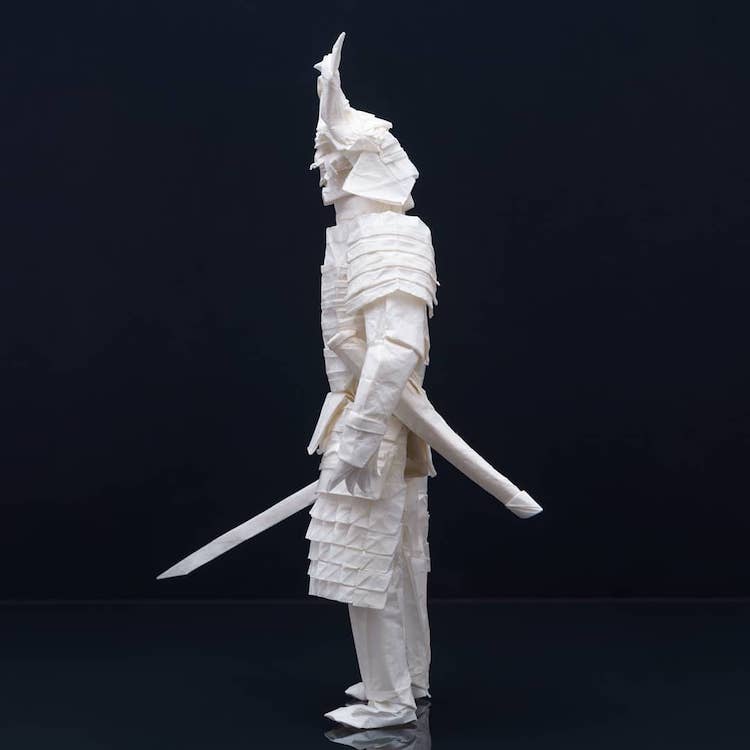 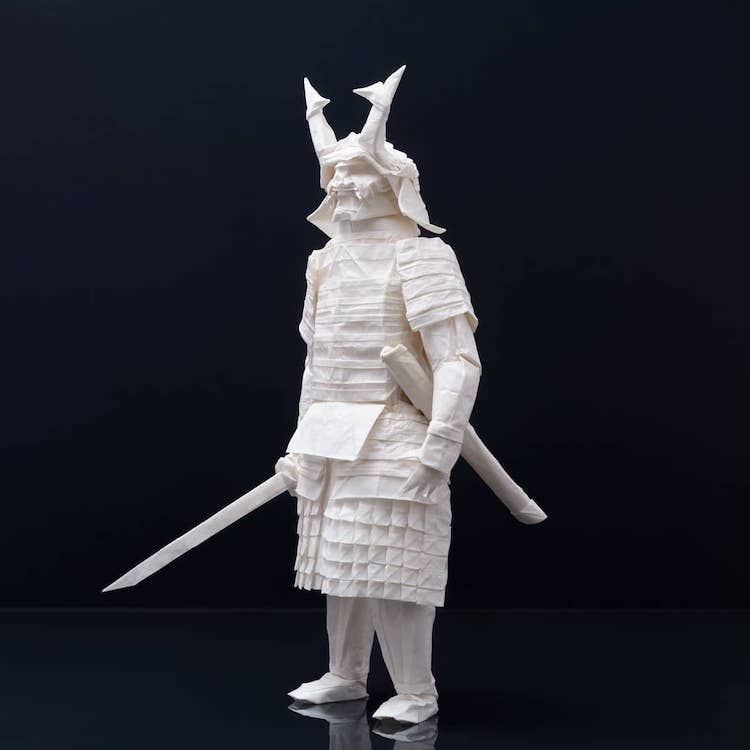 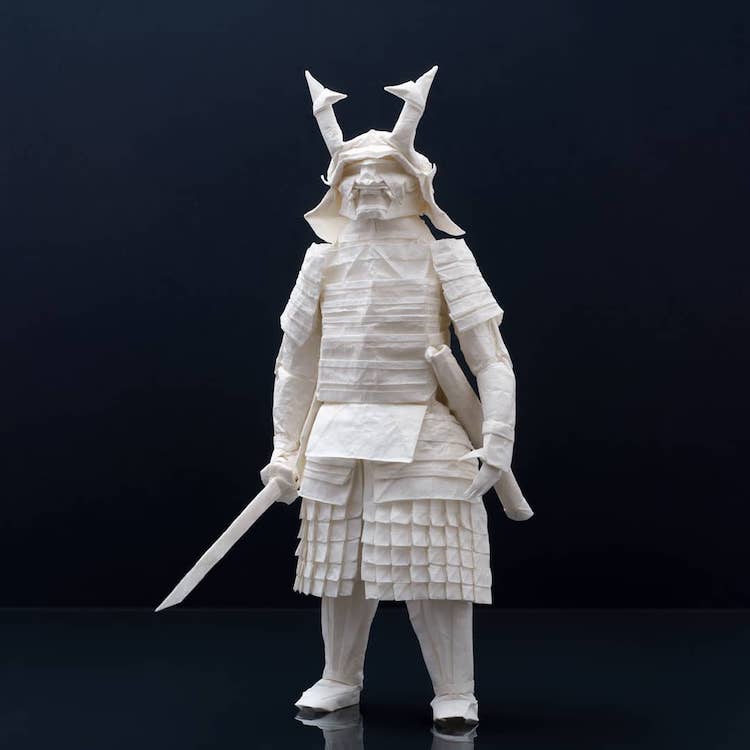 Könkkölä shares insight into his process: 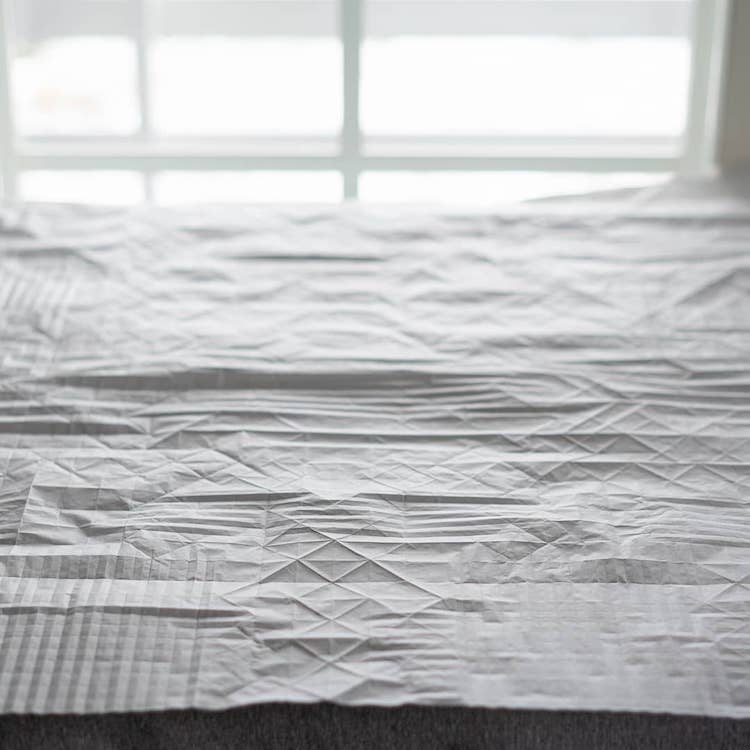 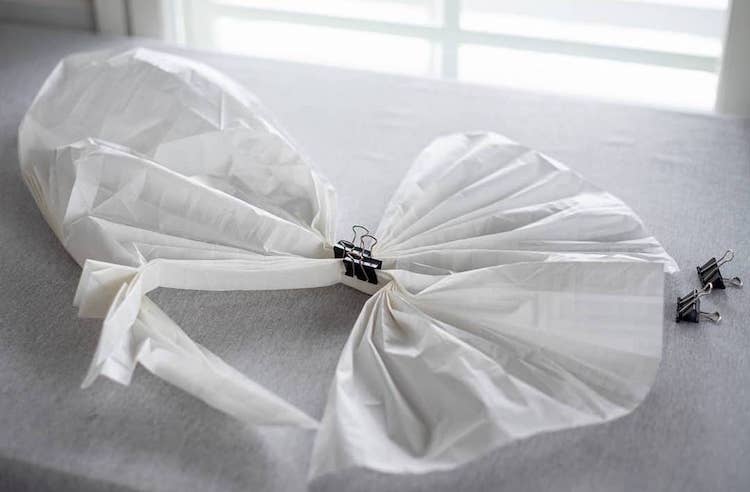 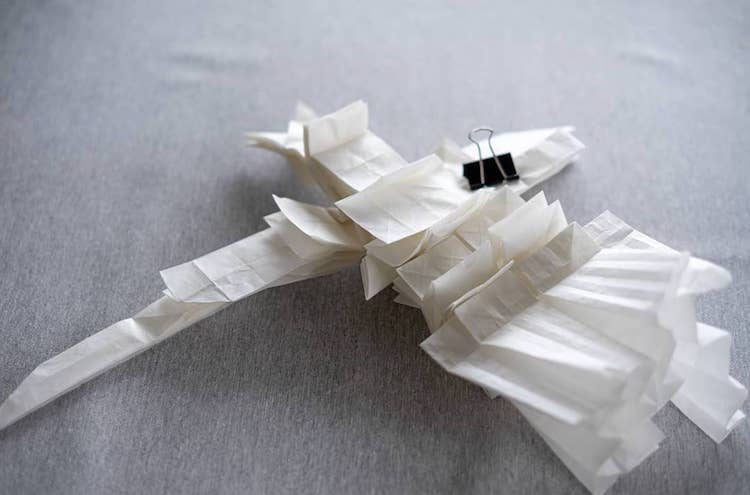 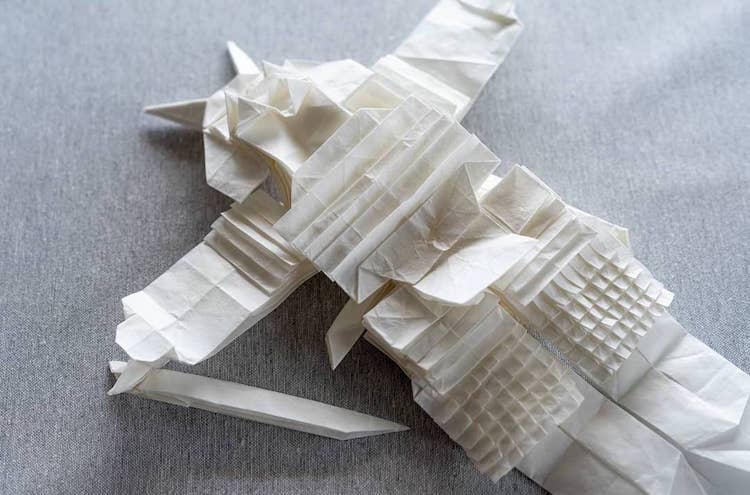 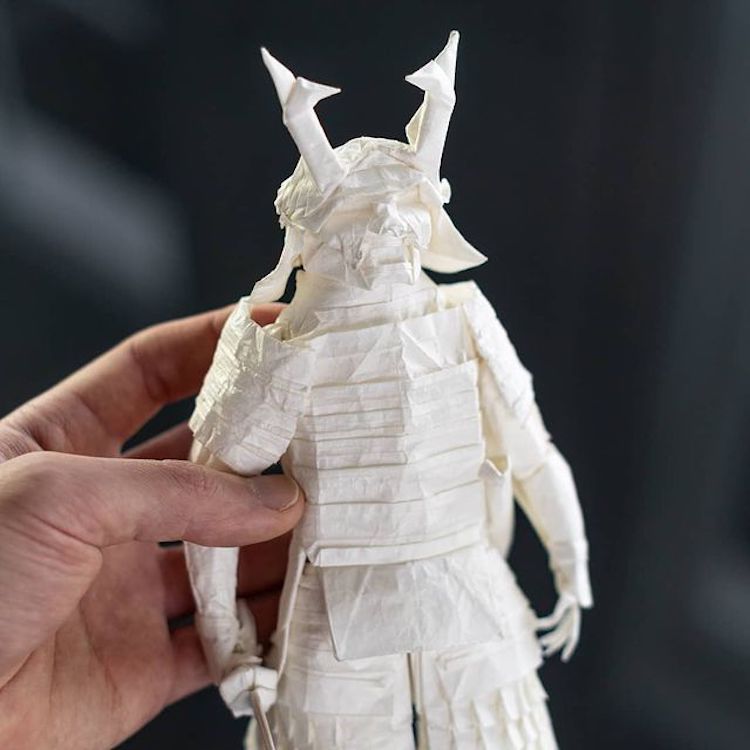 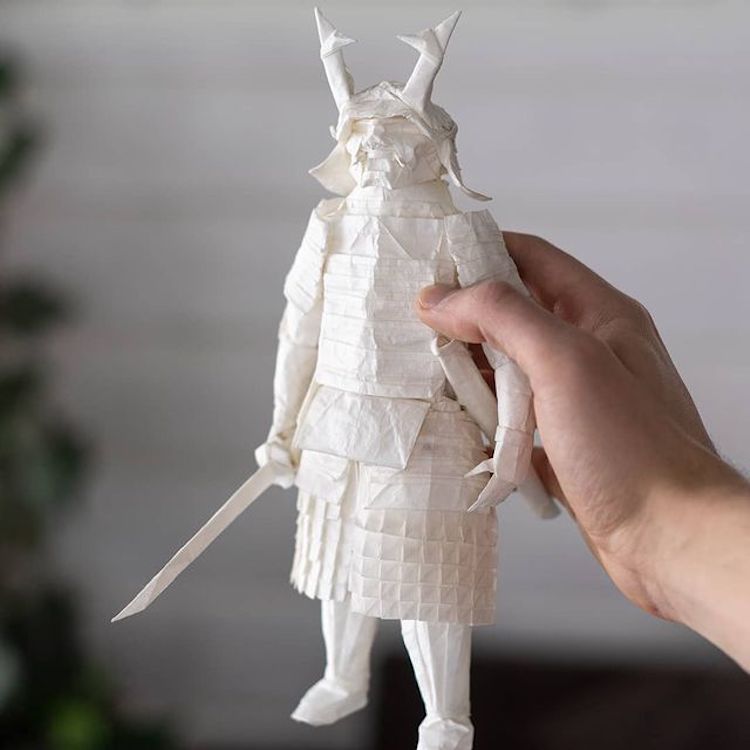 Interview: Couple Crafts Origami Lamps to Cast a Statement-Making Glow in Your Home