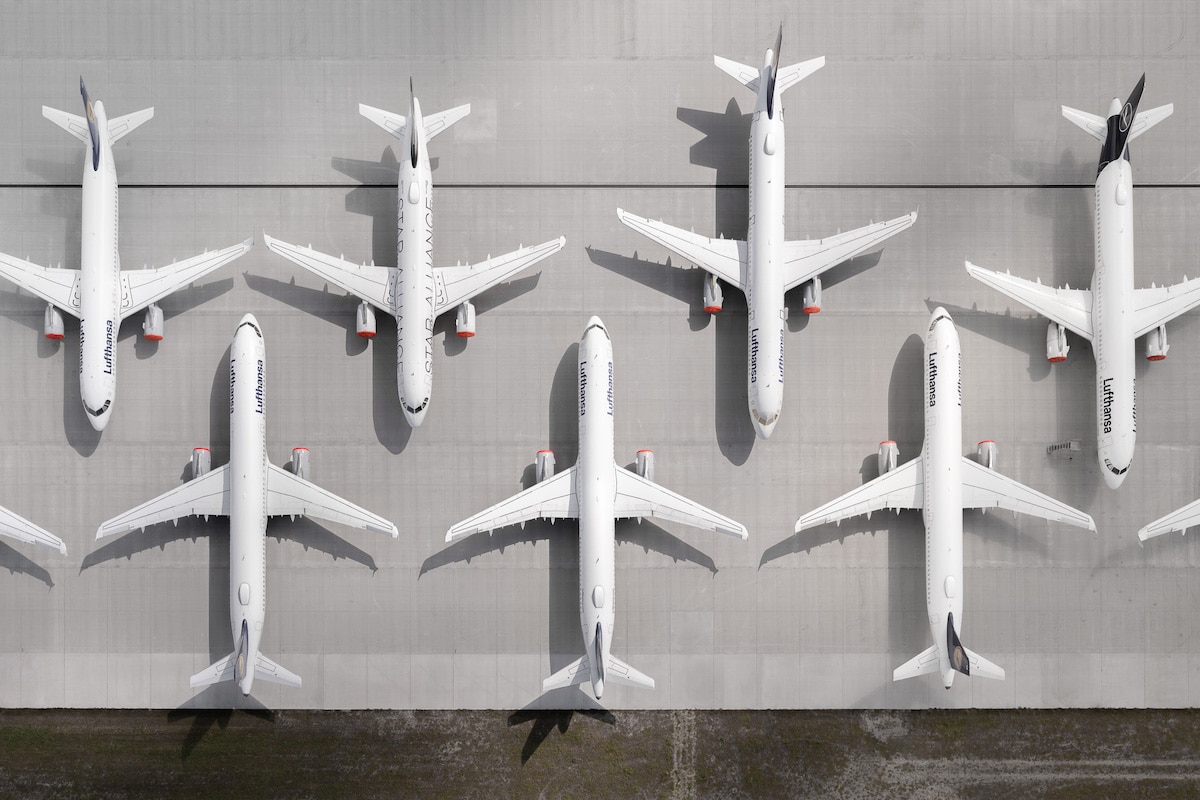 German photographer Tom Hegen is known for his brilliant aerial photography. Often taken from a helicopter, Hegen’s photos have explored everything from tulip fields to salt ponds. For this latest project, he took advantage of the unique circumstances that COVID-19 created to photograph an often overlooked environment—the airport.

Dangling from a helicopter, Hegen focused on six German airports and documented grounded planes parked on the runway. The symmetrical compositions are immediately eye-catching and speak to the strength of his vision. Whether framed as lonely creatures or grouped with others, these grounded airplanes are a symbol for the world’s reduced movement in 2020.

Hegen also took advantage of his time in lockdown to transform the series into a beautiful hardcover book that commemorates this historic time. Through 100 photographs, we’re left to ponder how travel and globalization helped spread the pandemic, while also gaining nostalgia for the days when travel was free and easy.

Currently, Hegen has made AIRPORTS available for pre-order via Kickstarter. Though the book will be distributed internationally, this exclusive pre-order will include signed and limited edition copies, as well as posters. We had a chance to talk to Hegen about how he conceived the project, what it was like to fly over these airports, and the process of putting together a book while in lockdown. Read on for My Modern Met’s exclusive interview. 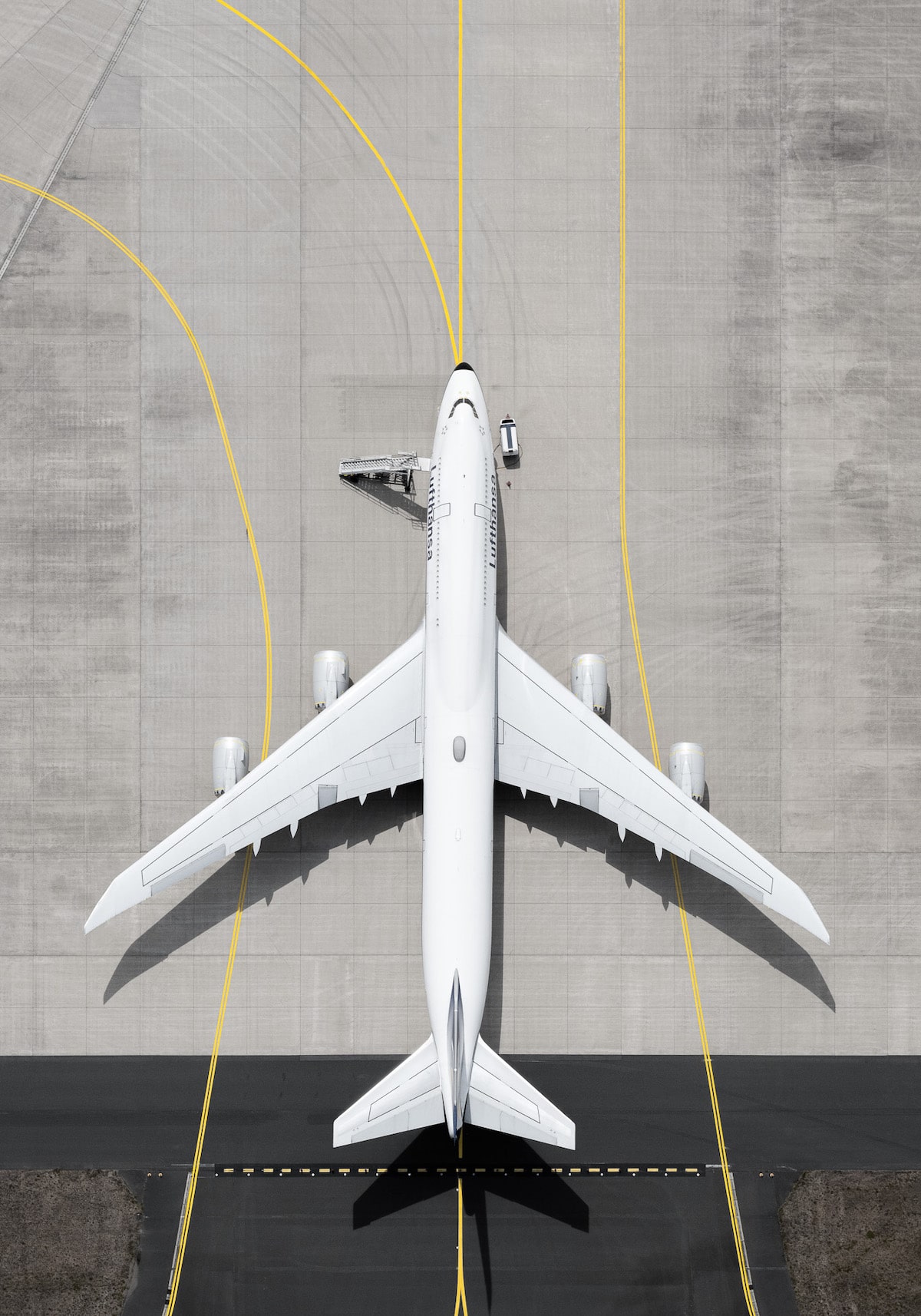 What is it about airports that inspire you?

Aviation is one of the key factors for globalization. Since civil aviation began, goods and people are able to be transported faster across the continents. But the intensive networking of the world also means that diseases are spreading faster than ever before. Due to globalization, the coronavirus spread from Wuhan to all parts of the world and shut down public life. The corona pandemic could also be seen as an act of revenge by nature on globalization. In April 2020, worldwide air traffic had fallen dramatically. At many airports around the world, runways are closed and used as parking areas for grounded planes. The airplanes that were once a symbol of globalization are now becoming a symbol of the current lockdown. 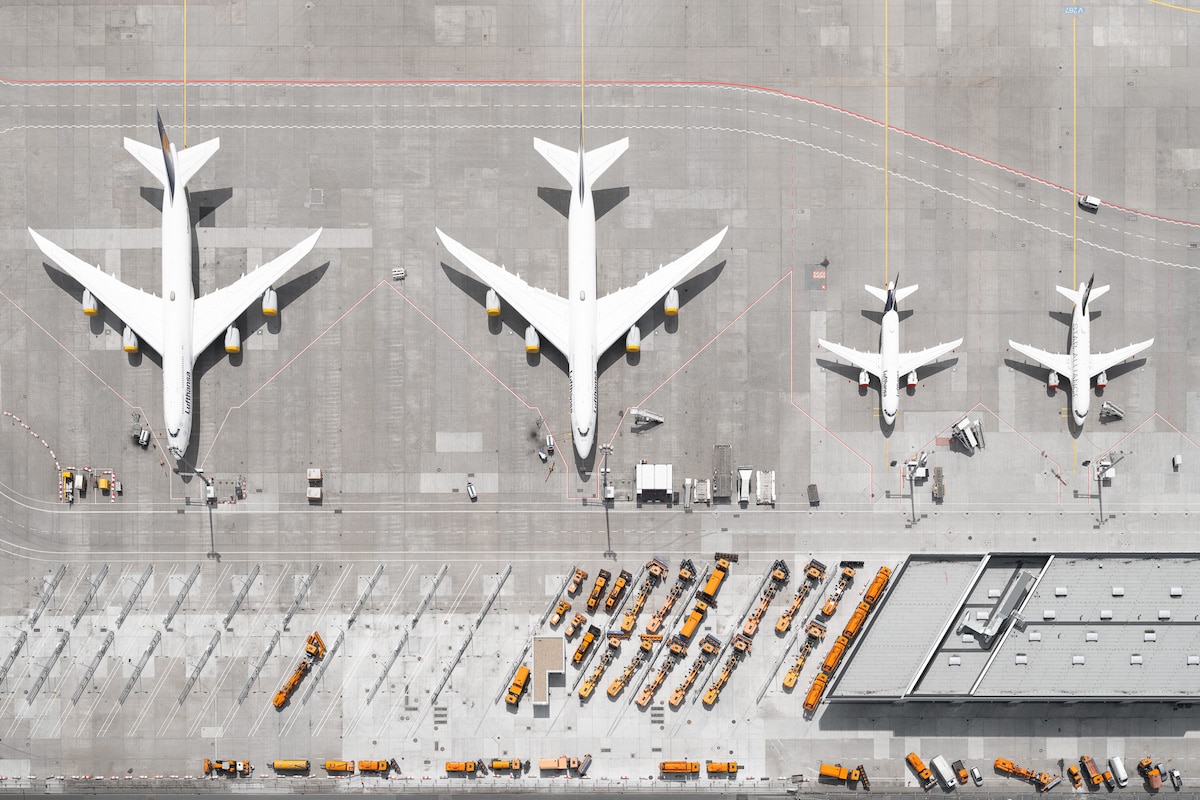 How did the idea for the series come about?

I wanted to share my personal perspective on the quarantine and found that in grounded airplanes. I heard on the news that across German airports—and all around the world—many runways were closed and airlines were parking the grounded planes on them. I thought that this would be a very symbolic image for the current situation.

This series plays with the side effects of globalization and shows the impact that a global disease can have on our life. As a global society, we can also learn a lot from this crisis: The global supply chains that are currently interrupted should be reconsidered. Perhaps production must be brought back to the country where the products are sold. We should also ask ourselves whether it will still be necessary to fly halfway around the world for a meeting in the future, or if this would also be possible via online conference. 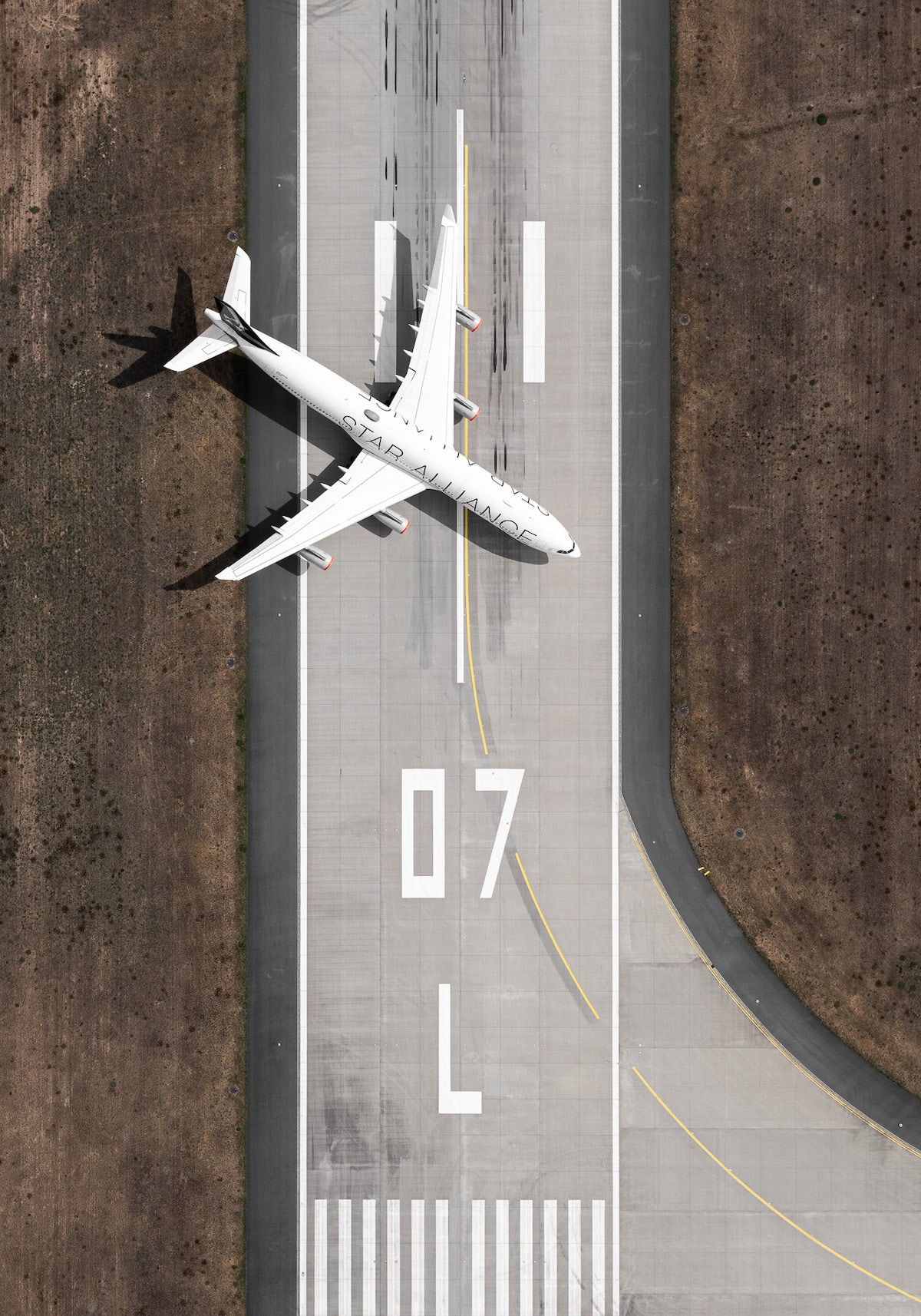 What difficulties did you encounter shooting the airports during the lockdown?

This series was shot from the open door of a helicopter. We used a helicopter for this project as it is the only platform that is allowed to enter the sensitive airspace around airports. Drones are strictly forbidden close to airports. Even with a helicopter, the team had to apply for permissions; and, during the flight, the pilot was in constant communication with the airport’s tower to be warned of any remaining air traffic. The crew also had to wear face masks at all times, which made communication even harder in a helicopter flying with an open door. And the fact that these images work due to their accurate symmetry, I had to be in very close contact with the pilot, as only he could navigate me into the exact position to take the perfect shot. 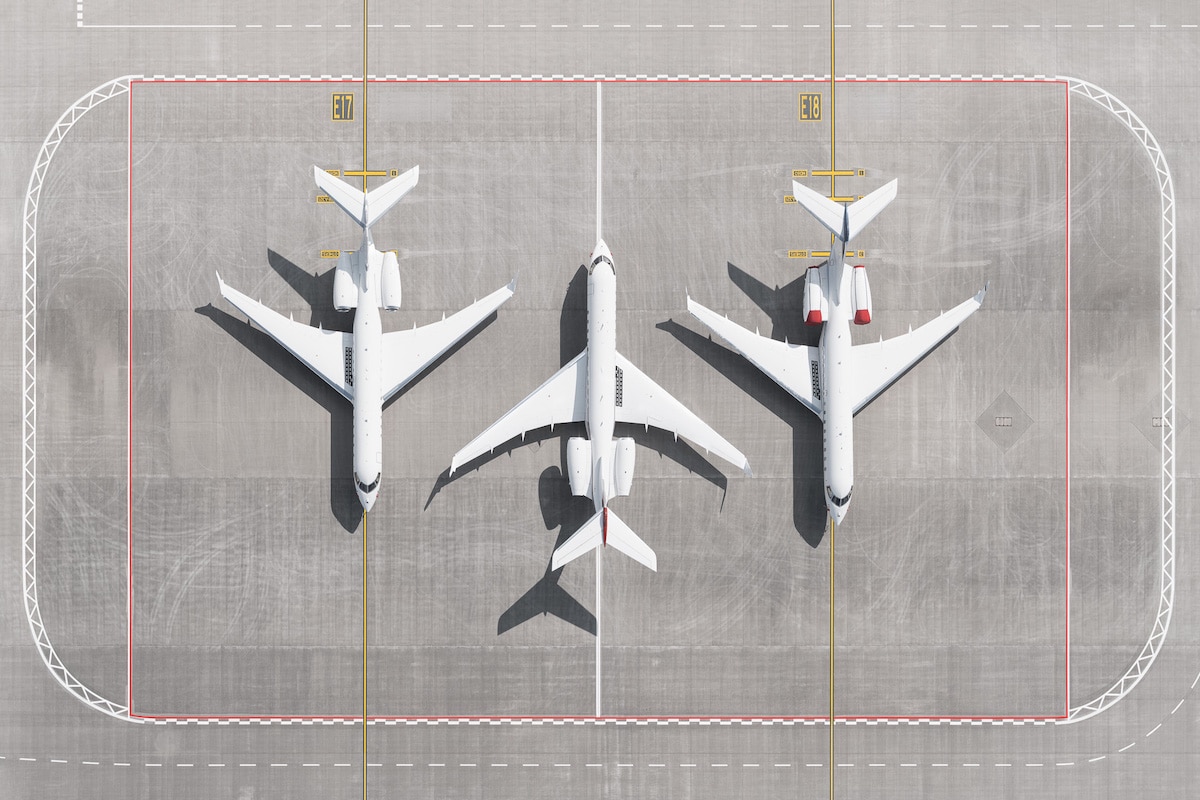 What type of story are you hoping to tell with your images?

This project started off as documentation of grounded airplanes during the lockdown. After photographing the first airport—Frankfurt Airport—I reviewed the images and was totally amazed by the sheer graphic quality. The photos almost looked like illustrations. So I decided to continue this project and photographed five more airports in search of strictly structured compositions.

This project is now dedicated to a place in which most travelers often pay little attention while on their way to their destination. Nevertheless, the view from above shows a very autonomous, graphic, and almost illustrative quality of airports. Between terminal facilities and runway markings, the airplanes on concrete taxiways become a miniature edition of themselves—a showplace that reveals order in the chaos when viewed from a great distance. 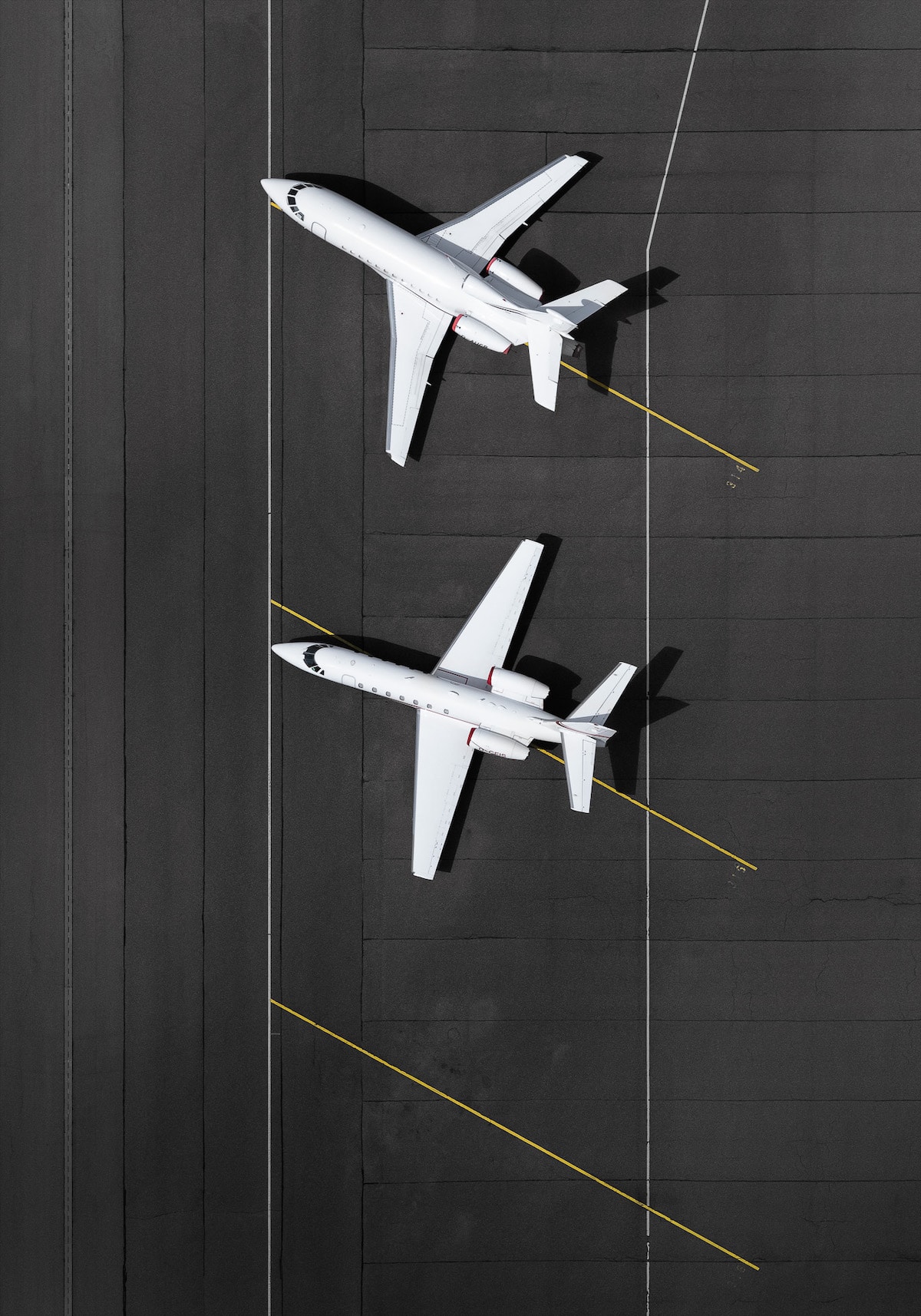 What was the process of putting together the book? I’m sure it was a nice distraction during the lockdown!

I did the entire book production on my own, from taking the photos, selecting, editing, proofing, layout, paper selection, text, and sending the print file to the printer. My Master’s degree in graphic design comes in quite handy here. This gives me the most control of every production step and ensures that the book will be exactly how I want it to be. We also have an essay by world-renowned philosopher and author Alain de Botton about a post-travel world. The book will be published together with famous German art publishing house Hatje Cantz. They will do the worldwide distribution of the book. But I have a personal print run, which I am now offering for pre-order on Kickstarter. 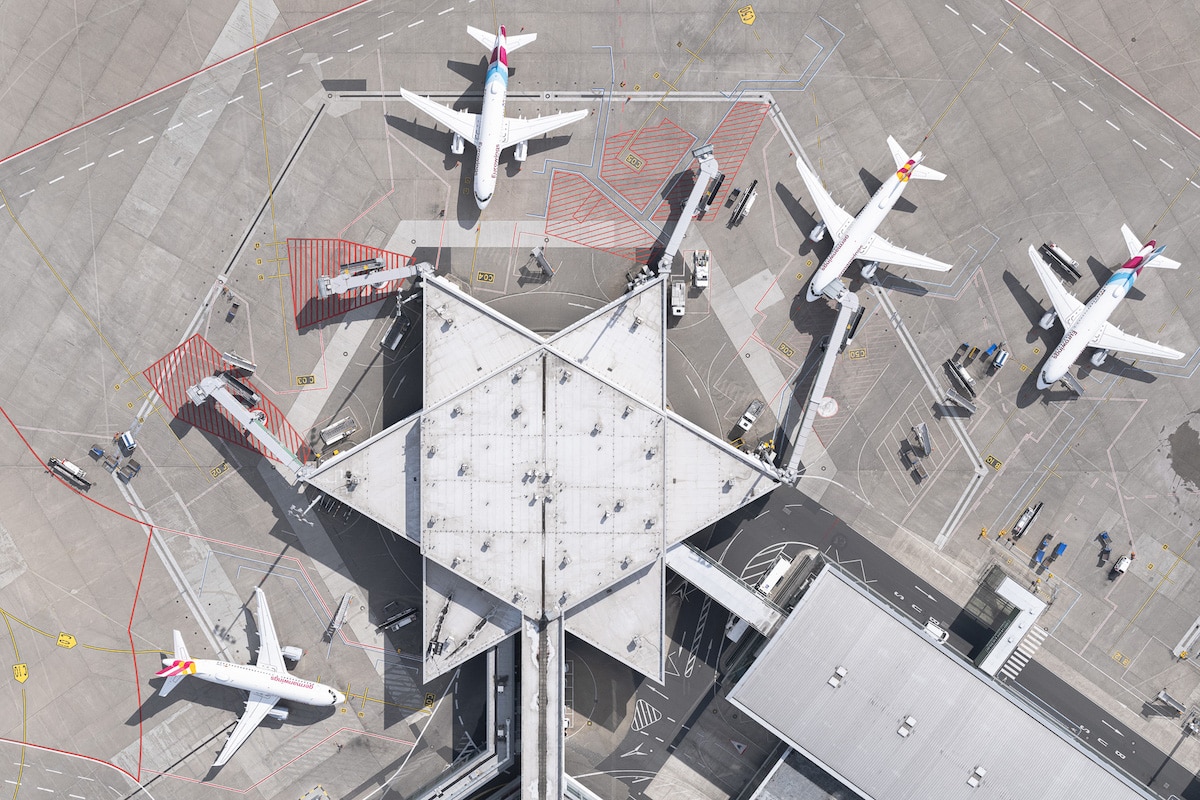 This is your second successful crowdfunding venture. What tips would you give to other creators hoping to have success with crowdfunding their projects?

Crowdfunding is an incredible way to spread the word around a project. For my new aerial photo book AIRPORTS, I used Kickstarter more as a platform to give people the opportunity to exclusively pre-order a limited and signed book. But it’s also a great opportunity to reach a wider and new audience. Before starting your own crowdfunding campaign, I have these four tips for you: 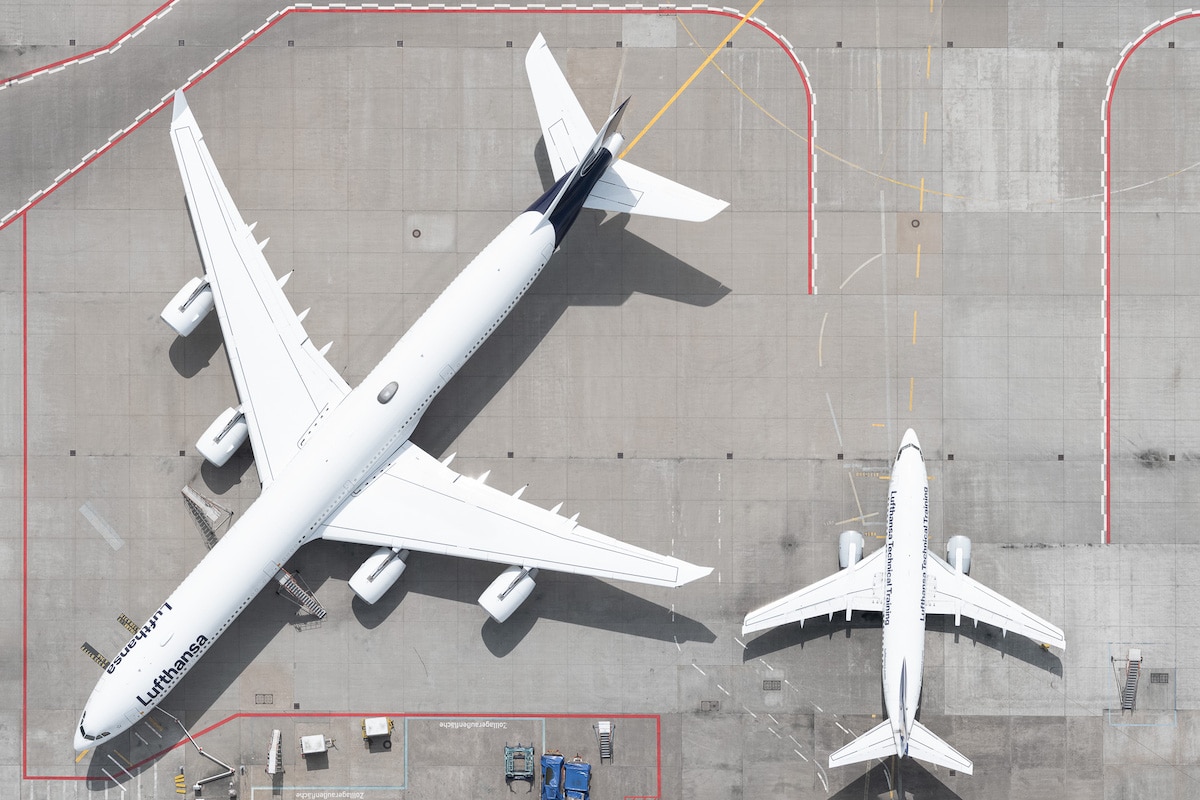 My Modern Met granted permission to use photos by Tom Hegen.

Mara Mills talks to Sara Hendren about design and disability