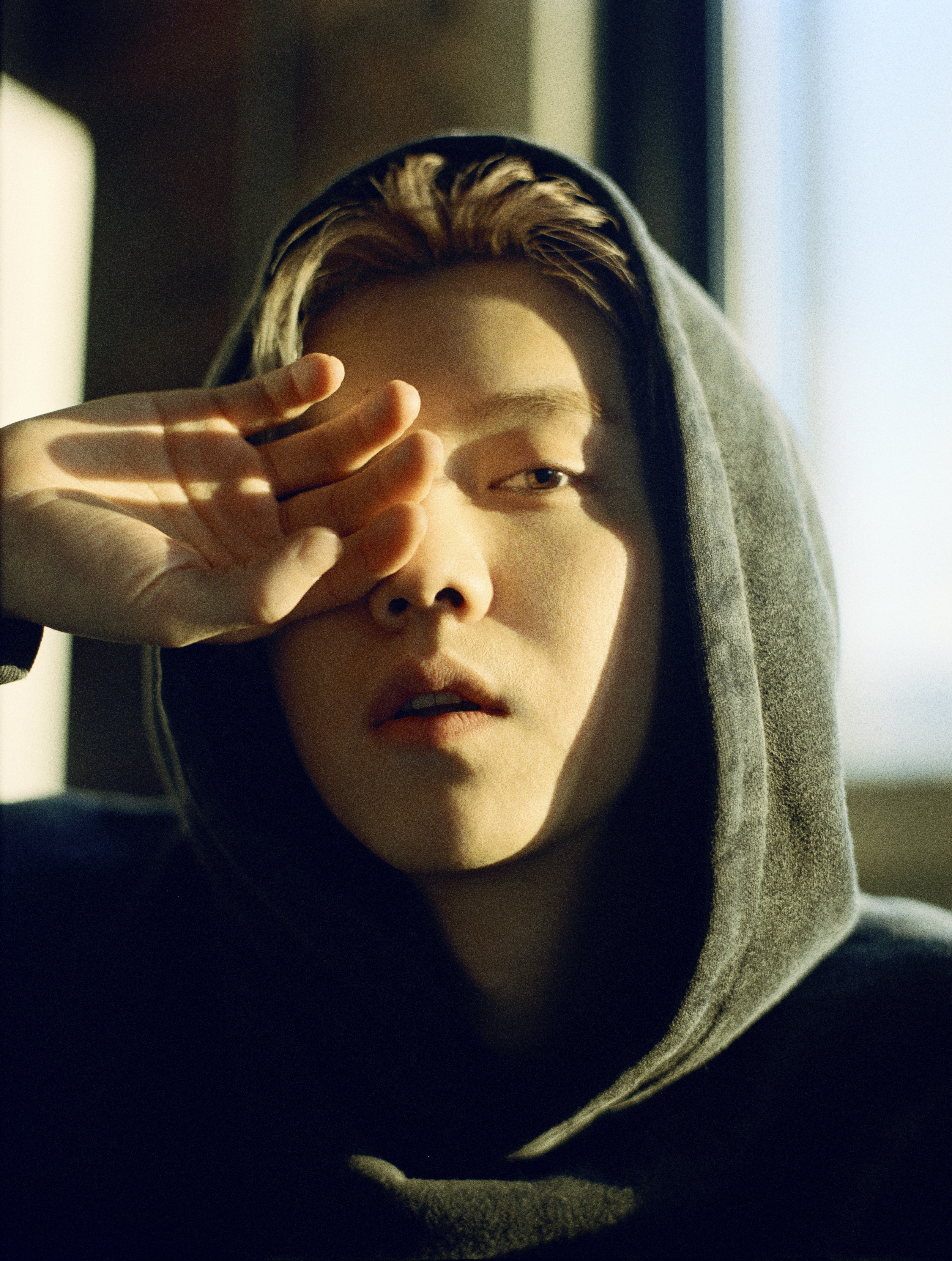 For their new “Utopia in Dystopia” issue, i-D chose six talents to grace alternative covers. One features Travis Scott. There are also a couple of models you’ve likely heard of named Kate Moss and Naomi Campbell. On another, peeping out from underneath a grey hoodie, is the babyfaced singer, actor, designer and one China’s most recognisable entertainers, Lu Han.

An early member of the successful South Korean Chinese boy band Exo, Lu Han made the decision to leave the group in 2014 as they raced towards the height of fame. While at the time this seemed reasonably self-sabotaging, Lu Han hasn’t looked back. Ever since, he’s continued to diversify his incredibly impressive CV and release his own music, clocking inup over 4.7 million sales and smashing mainland Chinese records in the process.

You can order the new issue of i-D here – and read the interviews with said cover stars here. In the meantime, to save you a click, we’ve compiled five of the key takeaways from i-D’s chat with Lu Han.

Lu Han enjoys working across disciplines but his first love is music.

“Music has always been and always will be my first choice as an artistic expression. I listen to a lot of different kinds of music. Basically, I listen to everything!”

“I vibe with a certain genre for a while, which inspires me to question if I can explore this style of music myself, and work with the producers to make something in that vibe. Of course, these things will only happen when you encounter something that’s just right. You can’t just demand it!”

In addition to being the face of campaigns for Cartier and Balmain, as well as an ambassador for Gucci, Lu Han also has his own streetwear, label Un Garcon Charmant, making jewel-coloured velvet trousers and matching sports jackets, camouflage sweats, graphic tees, bomber jackets and boxy polo shirts, much of which sells out instantly.

“The creativity started to flow naturally between myself and my friends. I wanted to show our effort and ideas, and the brand was born.”

“We wanted to let the brand grow organically without major attention from day one in order for it to have healthy roots. Three years have passed and Un Garcon Charmant now has its own style and language, and I think it’s the right time to have an official introduction.”

In 2018 he formed his own company, “Lu Han Studio”, to manage his business. It seems to be working. Last year, he ranked 15th on Forbes China Celebrity 100 List, just down from his #2 position in 2017, and was the country’s fourth most-streamed artist. He has over 12 million followers on Instagram and nearly 63 million on Weibo.

“There’s no need to rush to prove anything – as you age, life will show you the lessons you need. As long as the main focus and direction is going towards what I want, then I want to go with the flow. There are still many worthy things for me to try. If a great opportunity comes my way, I want to take on a new challenge and not be repetitive with myself. Finding my rhythm is key.”

Despite his huge following, Lu Han is determined not to take the easy path of least resistance. From songs like “Roleplay”, which vent his anger towards gossip titles and the paparazzi to his transition from big-budget films into meatier, dramatic TV dramas and roles, it’s clear that Lu Han is determined to keep ahead of his audience’s expectations.

“It’s quite hard to make others understand your ideas, what you are doing and how you are doing it,” he says. “I’ll stay true to myself, and take parts in bigger and better things as I go, and by doing so, the work will be a strong communication for expressing my ideas, thoughts and growth. I prefer it this way.”

“There are actually a lot of considerations when choosing a role. It’s important to have room for flexibility. That doesn’t necessarily mean it has to be a villain or a complicated role. It can be a fun or clever superhero or a small restaurant owner in a hutong, as long as it has substance and an interesting story.”

Turning 30 wasn’t as bad as he thought it would be.

“The moment I turned 30 I realised there weren’t too many huge changes, so the lifting of that pressure liberated my mind. I think most people can relate to that.”

“I am who I am. I’m quite comfortable with that right now. Obviously, I’m very different from me from 10 or 20 years ago and I’m going to continue on this self-discovery journey.”

How car UX design is leapfrogging into the future