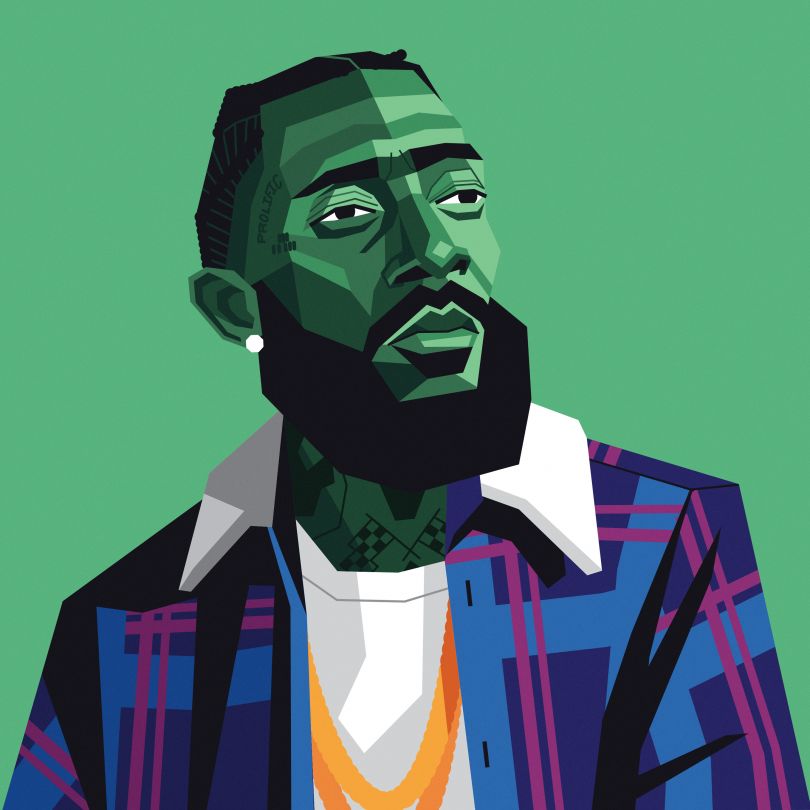 All images courtesy of the artist. © Dale Murray

Dale Edwin Murray is an illustrator and graphic artist based in London. After finishing university, he had plans to become a photographer but eventually became a self-taught illustrator.

Since then he has created for the editorial, advertising and design industries alongside selling his own hip-hop inspired art prints. Over the last 10 years, clients have included Nike, NBA, Complex, O2, GQ, The New York Times and Apple. The most recent is US radio brand NPR, on a project rather close to Dale’s heart.

“For NPR I’ve been doing an ongoing project to support its new podcast Louder Than A Riot, which looks at the connection between hip hop and mass incarceration in the United States.

“I created portraits of the artists featured in the show as well as illustrations inspired by the stories they are featuring. I always enjoy creating portraits, particularly of hip hop artists, so this is a dream job for me!”

Louder Than A Riot, which is available to stream here, explores a different artist’s story each episode to examine a different aspect of the criminal justice system that disproportionately impacts Black America. The podcast is invested in power from all angles — the power the music industry wields over artists, the power of institutional forces that marginalise communities of colour, the power of the prison industrial complex and the power dynamics deep-rooted in the rap game.

Featured guests on the show like Bobby Shmurda and Nipsey Hussle have been drawn for portraits and spots by Dale, in his style which he describes as graphic and stylised.

“It also draws heavily from the type of graphic design that he loves – namely minimal, clean and bold. I’m also inspired by skateboard graphics, Blue Note covers and Scandinavian folk art. My workflow meanwhile is 100% digital; I use Procreate on the iPad to sketch my ideas and then either complete the illustration on the iPad or jump onto Illustrator or Photoshop on the iMac.”