marking the latest addition to its music blueprint collection, dorothy has delved into the world of rock and roll. from little richard to radiohead, the poster features over 1,400 musicians, artists, songwriters and producers, who are all mapped out on the circuit diagram of a guitar amp. 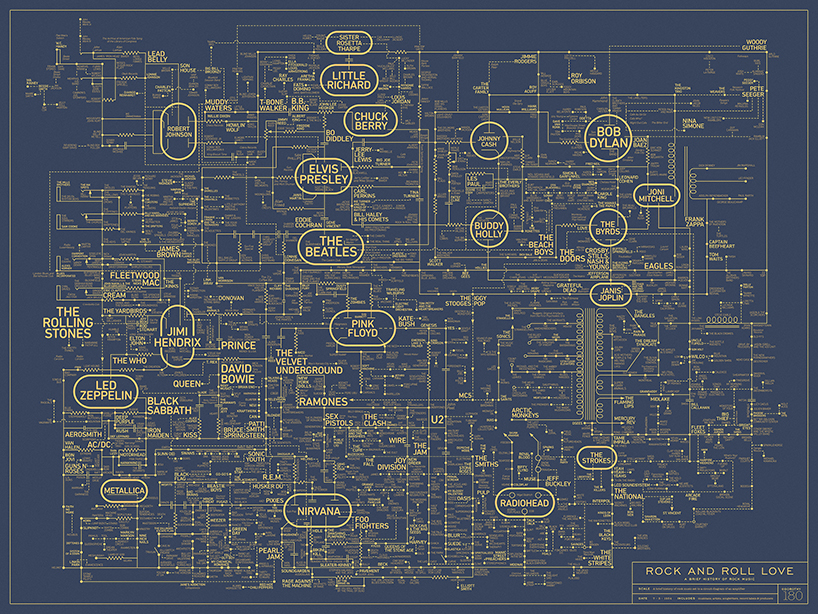 the blueprint is like a family tree of rock music and it features names that have been pivotal to the evolution of the genre. from the early debt owed to blues, gospel, jazz and country performers such as ma rainey, lead belly, robert johnson, sister rosetta tharpe and woody guthrie who paved the way for rock and roll pioneers like chuck berry, little richard and elvis. who in turn inspired a generation including the beatles, the rolling stones, the beach boys, janis joplin, bob dylan, jimi hendrix and the velvet underground. and who continue to inspire musicians today, namely radiohead, the white stripes, arctic monkeys and st. vincent. 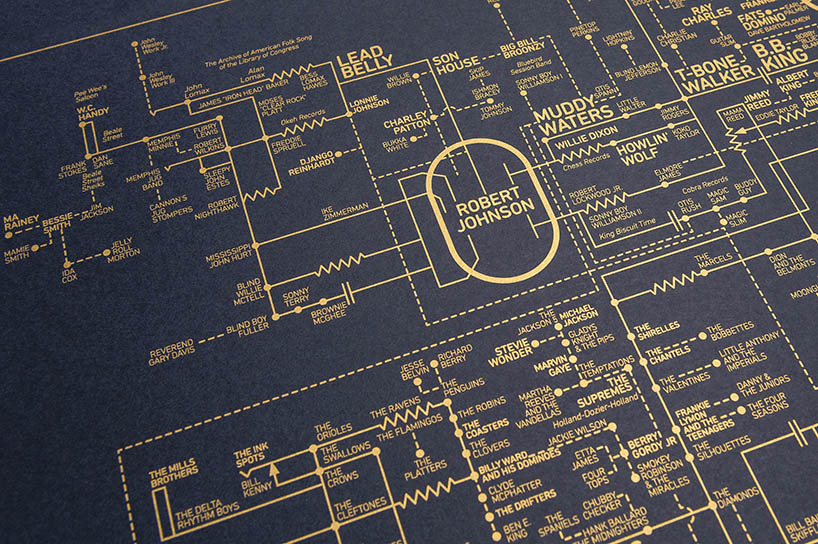 the print weaves its way through many sub-genres including heavy metal, prog rock, punk, post-punk, indie, alternative, riot grrrl, psych and folk. it also celebrates the places that were focal points for new ‘scenes’ (cavern club and merseybeat, the gaslight cafe and greenwich village folk scene, CBGB and punk, and eric’s and post-punk), the designers and artists who influenced the aesthetics (hipgnosis and pink floyd, jamie reid and sex pistols, andy warhol and the velvet underground) and the inventors of rock’s essential musical instruments (leo fender, les paul, jim marshall, dick denney). 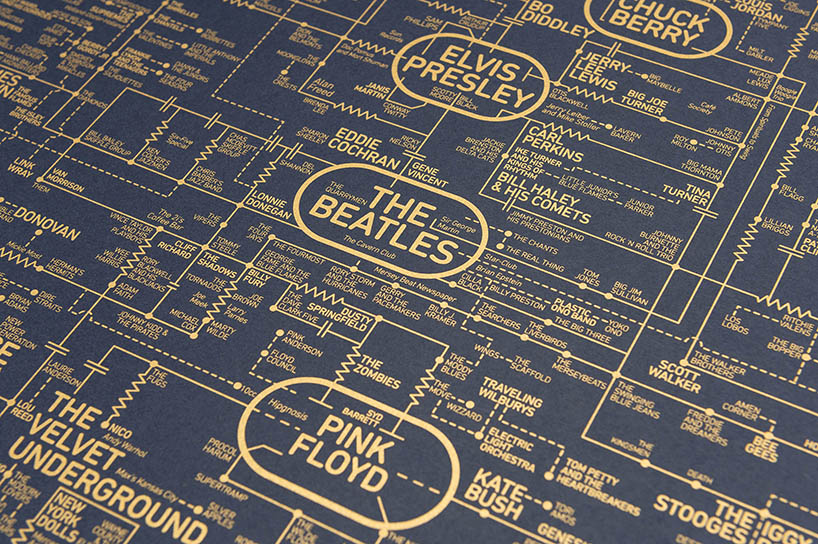 celebrating the pioneers of early rock and roll

this is the fifth addition to a collection of blueprints designed by dorothy that celebrate the history of various genres of music such as alternative, hip-hop, electronic and dance music. the ‘rock and roll love blueprint’ is available to buy as a screen print from dorothy’s online store here. 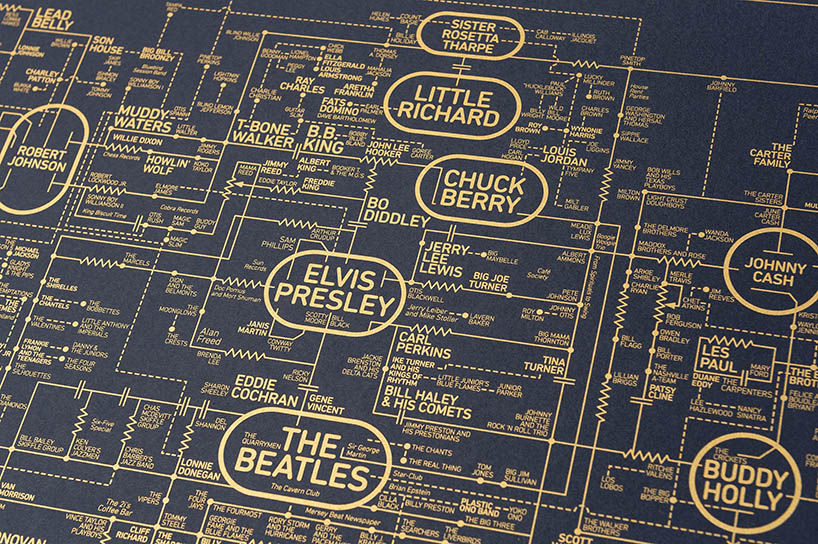 the stars of the ‘british invasion’ 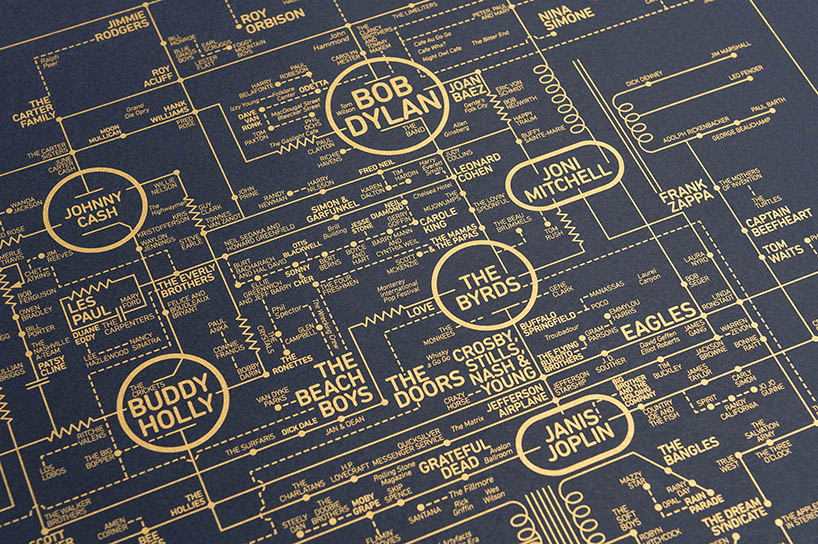 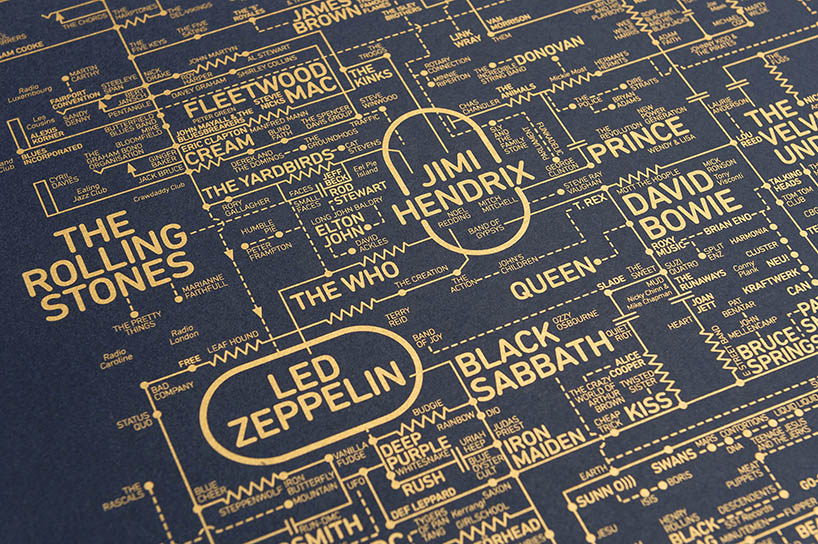 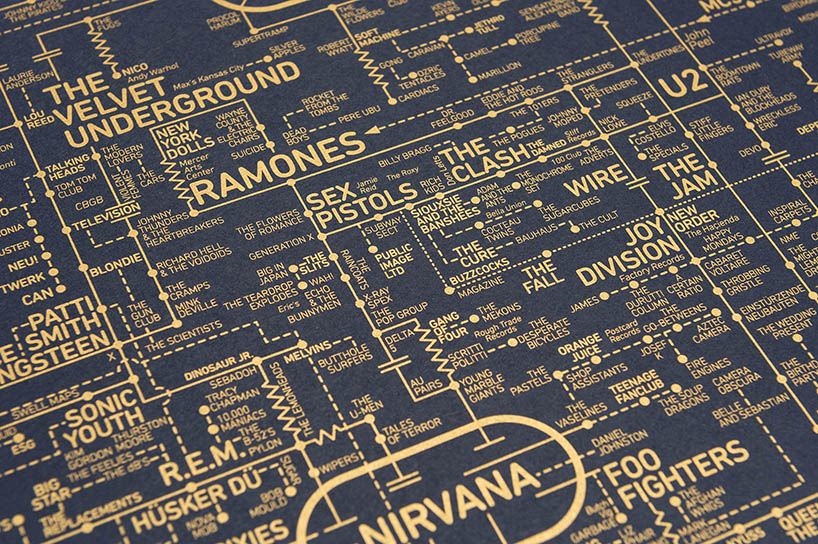 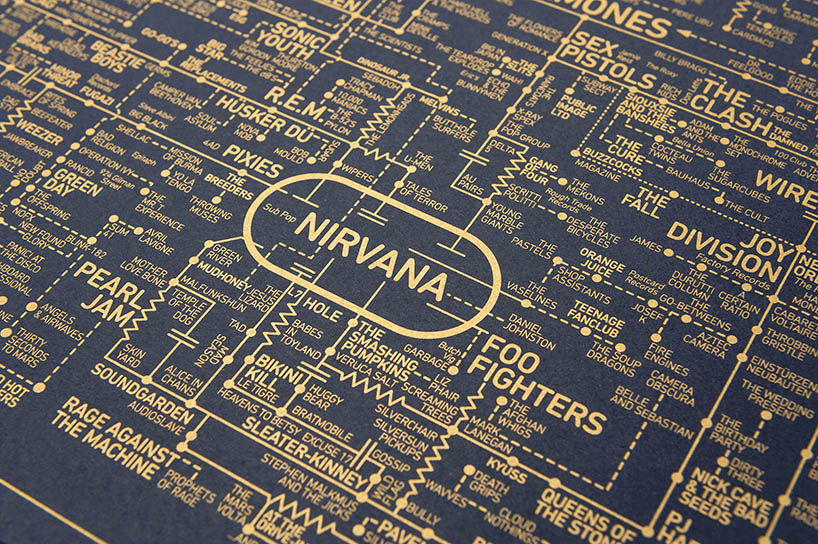 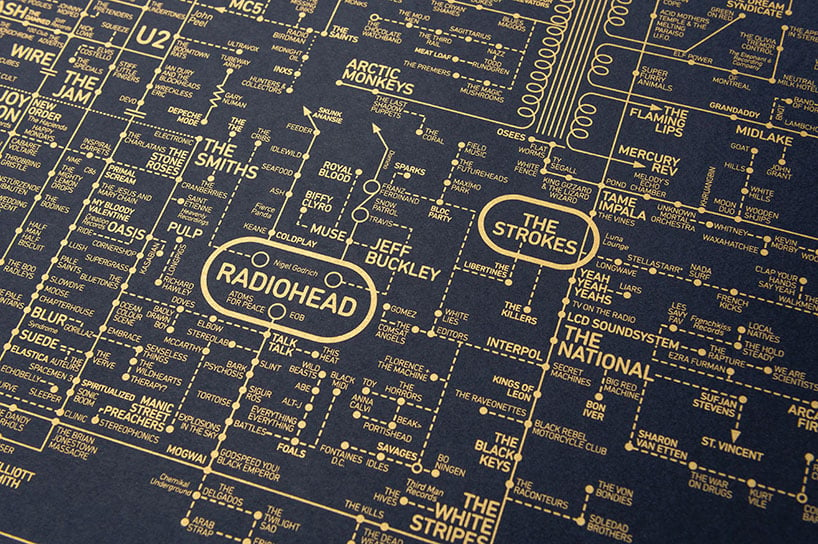 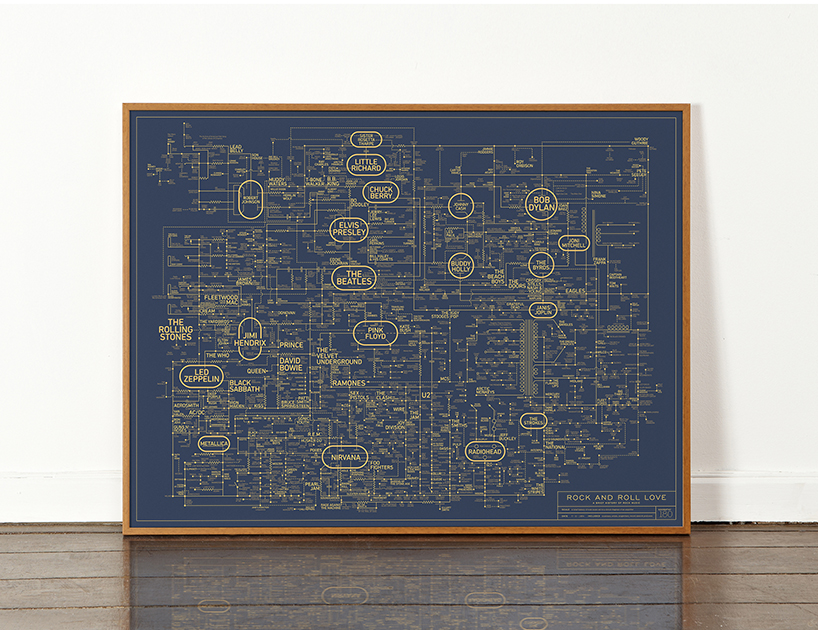 the blueprint is available as a screen print

designboom has received this project from our ‘DIY submissions‘ feature, where we welcome our readers to submit their work for publication. see more project submissions from our readers here.

About 300 Million Habitable Planets Could Exist In the Milky Way