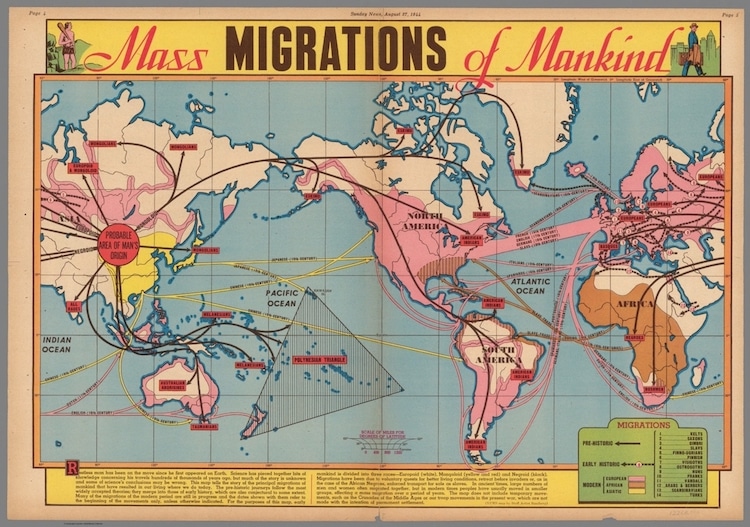 Map lovers will be thrilled by the possibility to peruse some of the world’s most unique historic maps. Over 91,000 maps from the exhaustive David Rumsey Map Collection have been placed online for the world to view and download, making it a treasure trove of information related to cartography. The collection, which was started over 30 years ago, is now housed at Stanford University.

In the 1980s, David Rumsey, president of the digital publishing company Cartography Associates, began building his collection by first focusing on maps of North and South America. With materials dating from the 16th to 21st centuries, the collection is unique in its scope of maps focusing on the United States. From 19th-century ribbon maps of the Mississippi to the world’s largest early world map, the collection is filled with special gems that show the wide variety of artistic maps produced throughout history.

It’s possible to search the collection by different categories like Celestial, Pictorial, Maritime, and U.S. Civil War, as well as by continent. When viewing the individual maps, you can download them in high-resolution, order prints, and share them. If you’re interested in understanding how these historic maps overlap with the modern world, some even allow geo-referencing. This places the map of your choice next to a current world map, where you can examine how the points overlay.

Techies will love quirky maps like early depictions of Silicon Valley from the 1980s, while astronomers are sure to swoon over a 17th-century star projection. A quick search through the online collection will soon make apparent that whether your interest is geography, geology, urban planning, literature, or history—there’s something for everyone.

For Rumsey, having his private collection accessible to the public is a dream.”When you can see all the maps, globes, charts, atlases, and their related materials in one space, as you can in my physical library, you can start to sense how maps grow one from another in time, incorporates the new discoveries of an earlier map, and thus you can visually feel the flow of history over several centuries,” said Rumsey. “By putting all my maps in one site on the Web, I hope to re-create this sense of connection between the maps and history, as well as introducing people to the stunning beauty of these arcane materials that most have never seen.”

Over 91,000 historic maps from the David Rumsey Map Collection are available for free download. 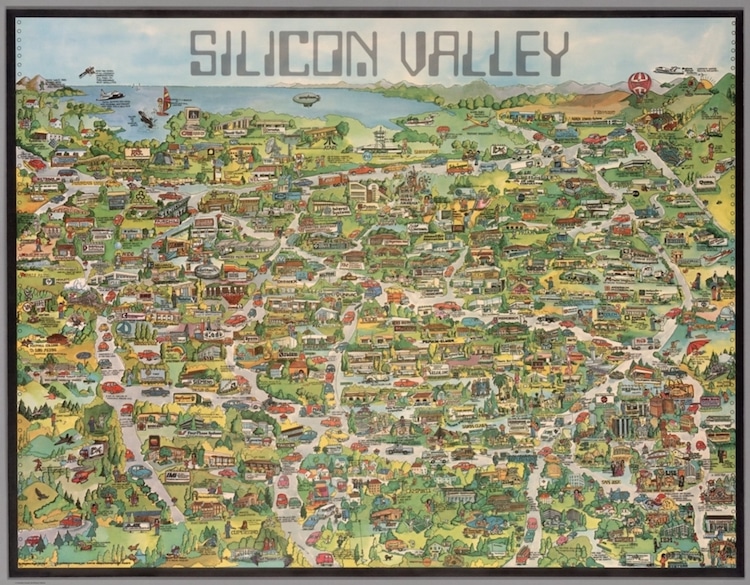 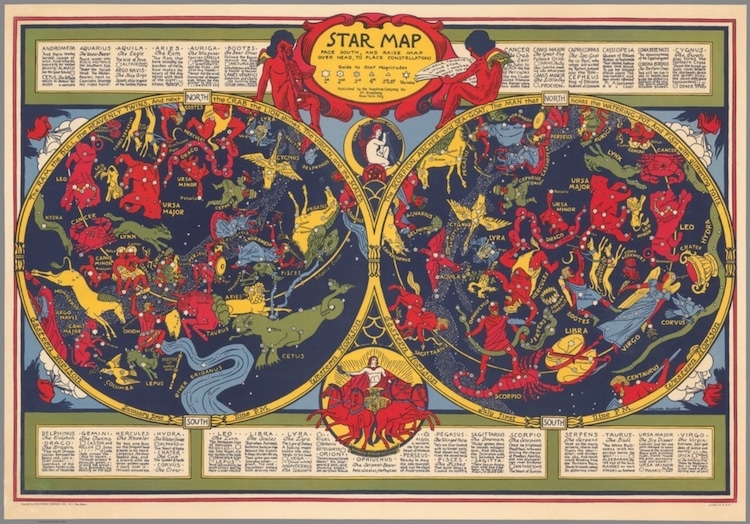 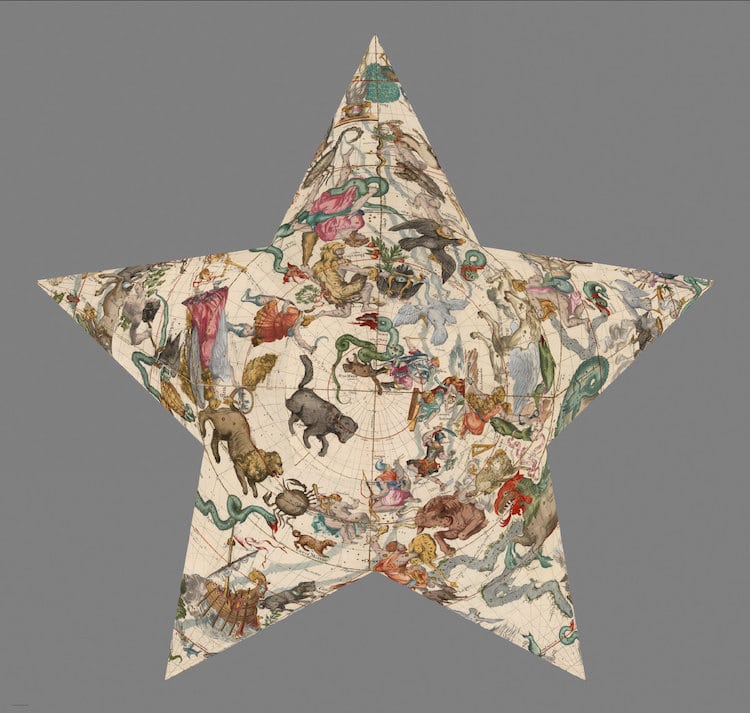 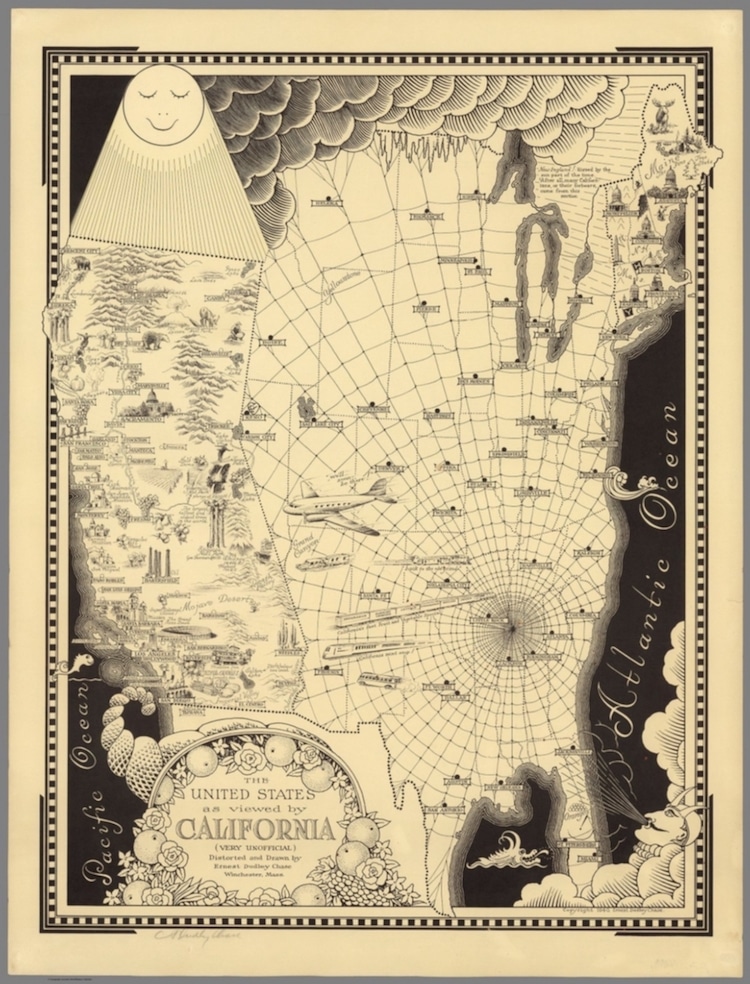 The United States as viewed by California (Very unofficial) by Ernest Dudley Chase, 1878-1966.

All images via the David Rumsey Map Collection.

Illustrated U.S. Map From 1932 Shows the Medicinal Plants Native to Each State