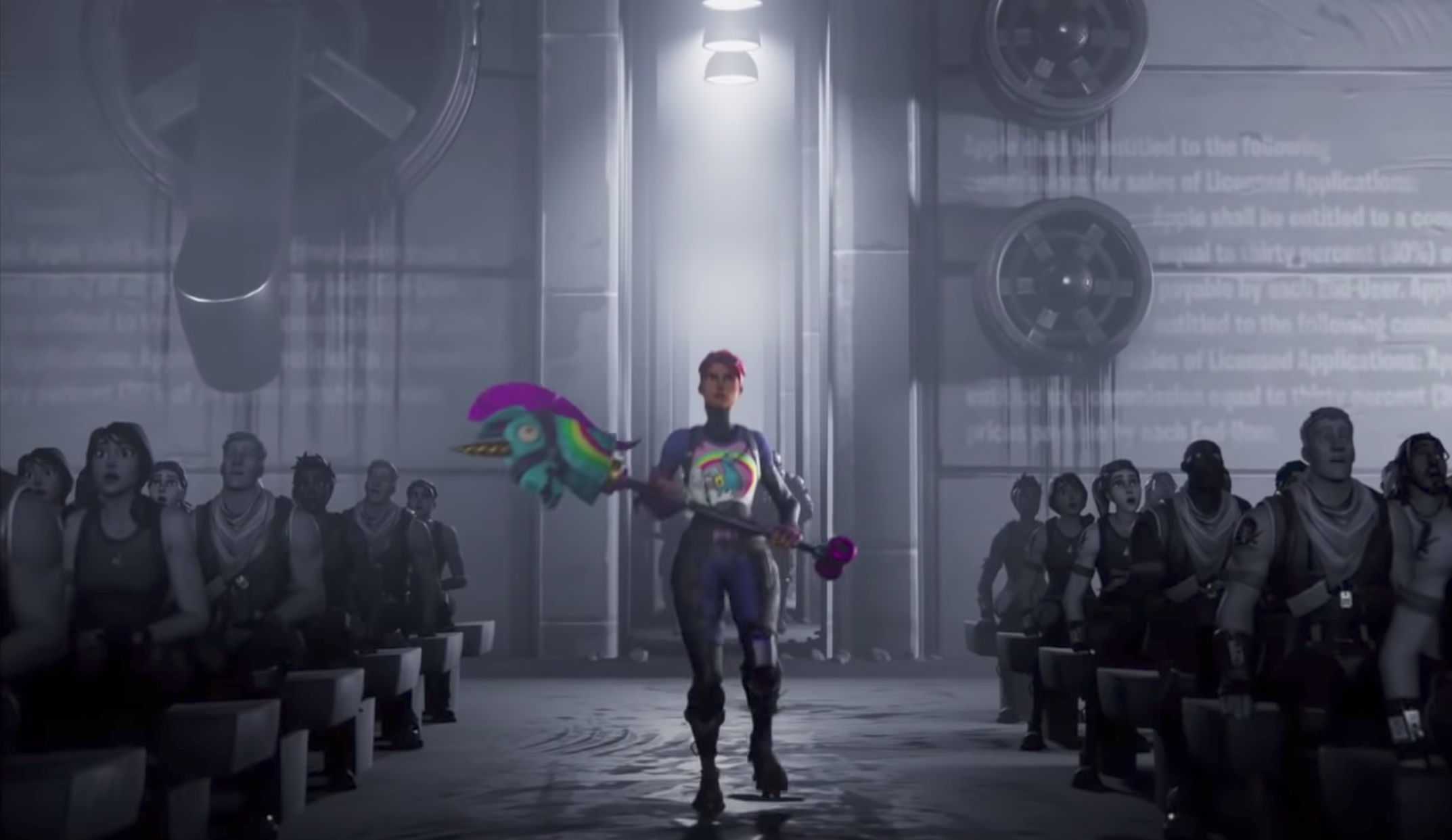 The Fortnite video sees a cartoon figure bearing a unicorn pickaxe take on the role of the heroine who questions the system, with the monolithic leader presented in the form of an apple with a worm crawling through it.

Whereas in the original commercial, which aired during the Super Bowl in January 1984 and referenced George Orwell’s dystopian novel, Apple was cast as the rebellious outsider, here Epic Games portrays the brand as the ‘big brother’ figure, controlling the world.

The film relates to a row between Epic Games and Apple over the latter’s App Store policies. When Epic announced this week that it would allow players to pay the games brand direct for in-game purchases in Fortnite, rather than going through the App Store, which charges a 30% commission, Apple responded by removing Fortnite from its platforms. Epic Games has since announced that it is suing Apple over anti-competitive practices.

Apple has certainly shifted a long way from its 1980s image of being a creative challenger brand yet being portrayed as a monolithic overlord is unlikely to go down well with a brand that still firmly positions itself as creative and cool.

Plus the Fortnite film also demonstrates how corporate disagreements can suddenly become entertaining for viewers when a bit of creativity is applied. It will certainly be interesting to see how the Epic-Apple battle plays out.

The Photography and Sculptures of Mari Katayama