MPavilion 2019, the sixth installment of an ongoing series of architect-designed summer pavilions, has opened in melbourne, australia. previewed on designboom here, the temporary structure has been designed by glenn murcutt — the 2002 recipient of the pritzker architecture prize. inspired by murcutt’s 50-year career, MPavilion 2019 celebrates australian design and identity with a free four-month season of events from november 14, 2019 to march 22, 2020. 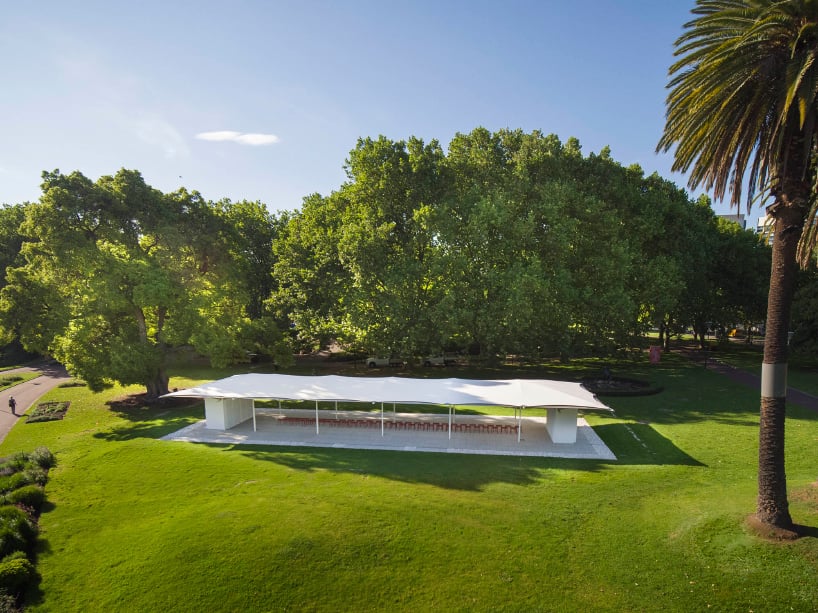 commissioned by the naomi milgrom foundation, MPavilion 2019 relays murcutt’s longstanding interest in linear buildings that make efficient use of researched site and climatic conditions. prioritizing a view of the yarra river and city skyline with weather-effective design elements, the scheme comprises a rectangular plan and round steel columns supporting wing-like trusses wrapped in translucent tensile membrane, shaping a buoyant white roof that will be lit from within at night. 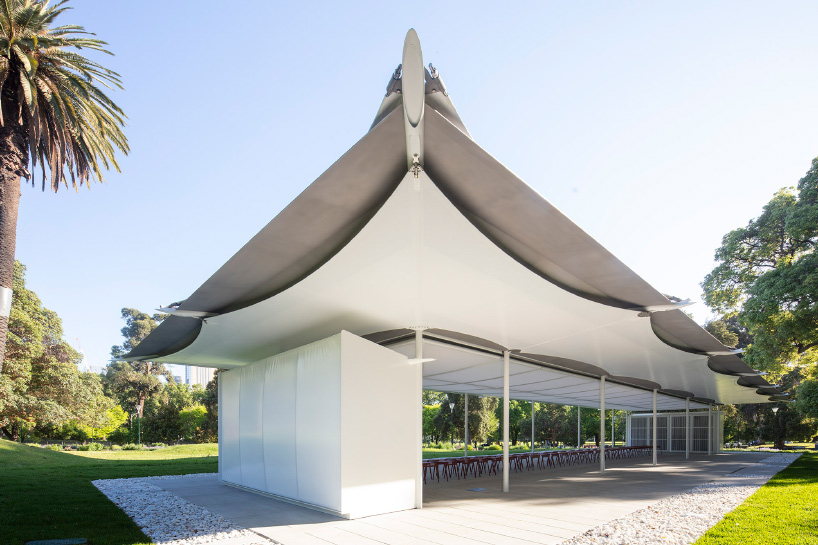 ‘I felt a crisp white building that at night could be lit from within its roof — like a lantern in the queen victoria gardens, giving the pavilion a feeling of lightness — would sit comfortably in the location,’ explains glenn murcutt. ‘having the pavilion face north, open towards the river, I could work with good climatic conditions. this also means that from within the MPavilion one can view the gardens to the river and the city.’ 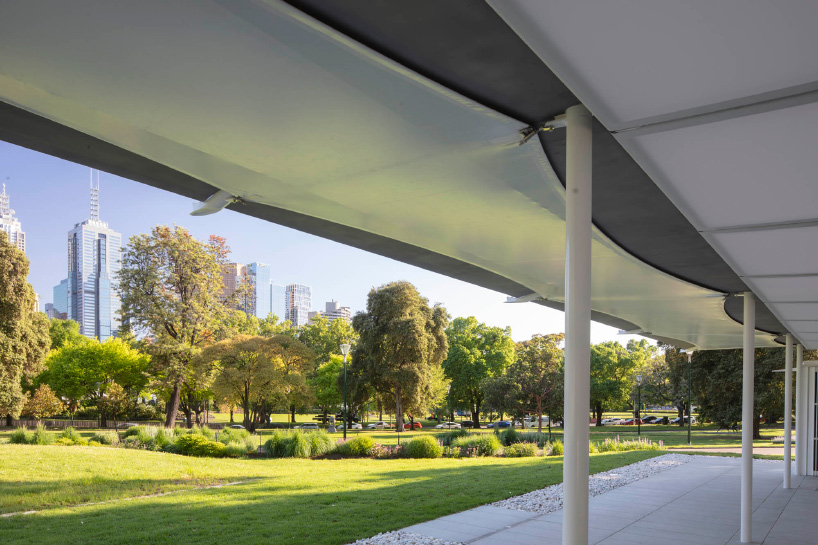 free to the public in melbourne’s queen victoria gardens, MPavilion 2019 is designed as both a temporary summer pavilion and an ‘enduring architectural creation’. at the end of each season, MPavilion is gifted to the people of victoria and moved to a permanent new home — thus creating an ongoing legacy in the city’s architectural landscape. 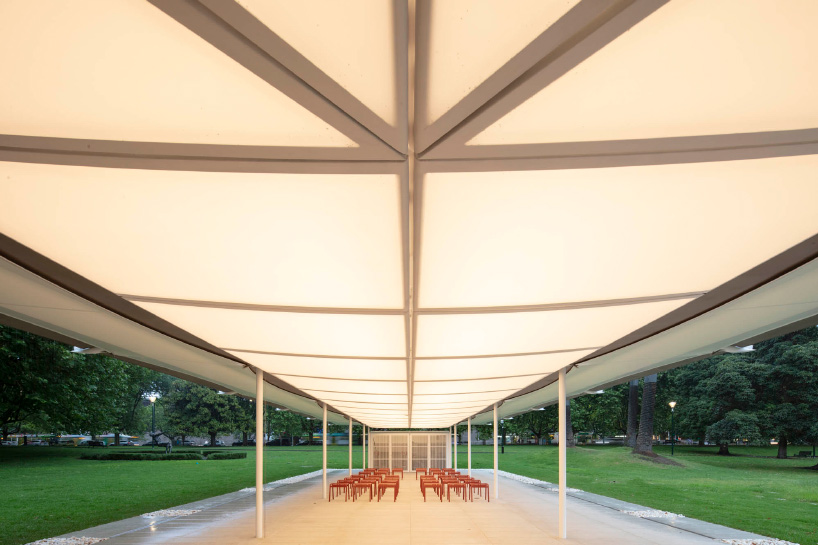 ‘glenn’s 50-year practice has inspired a new movement in thinking about climate-responsive design,’ says naomi milgrom, chair of the naomi milgrom foundation. ‘his MPavilion refines the australian characteristics we’ve all come to love about his buildings, and provokes a conversation about how australian design can lead a growing international conversation about the future of cities.’ 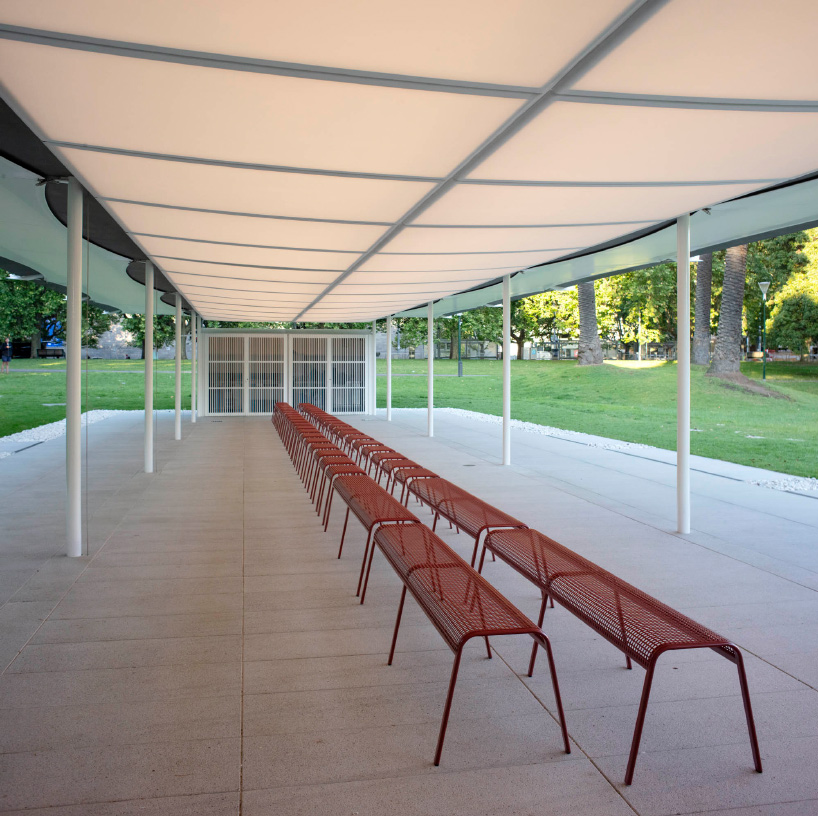 melbourne-based designer chris connell has designed the ‘MP stool’ in collaboration with grazia&co for use at MPavilion during the season, which runs until sunday march 22, 2020. see designboom’s previous coverage of the project here, with further information, including program times, available on MPavilion’s official website. 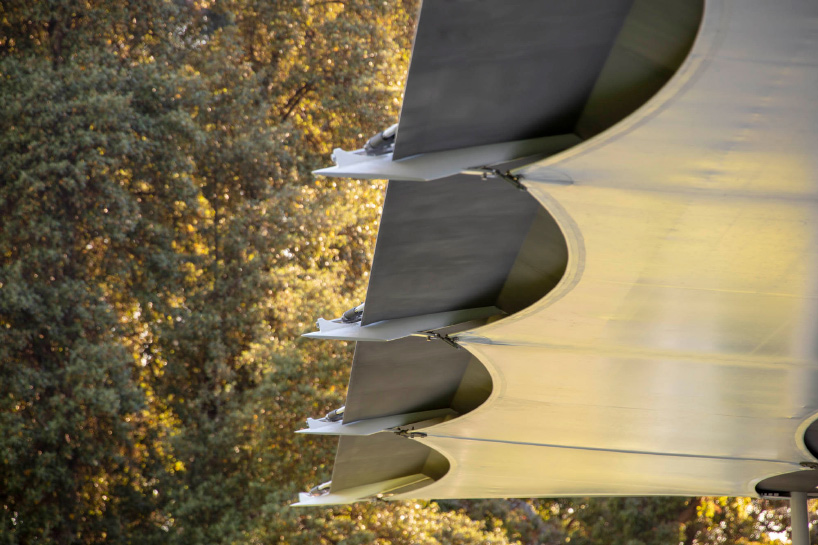 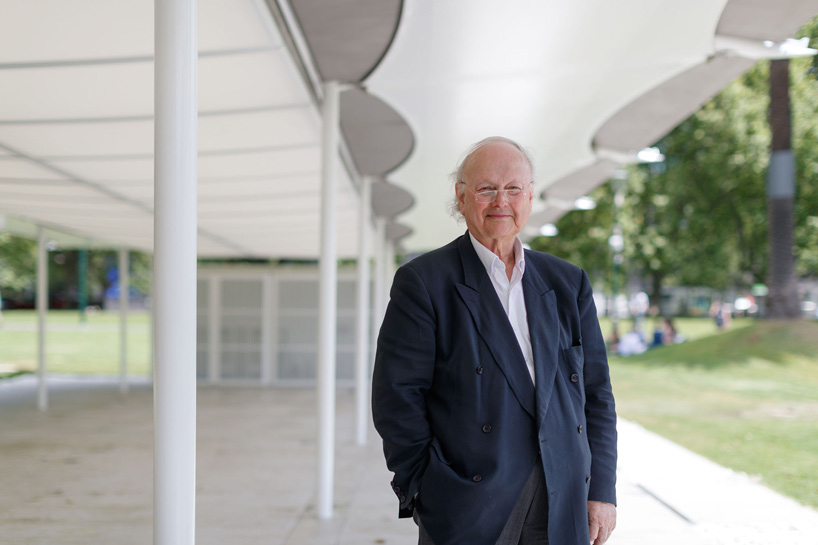