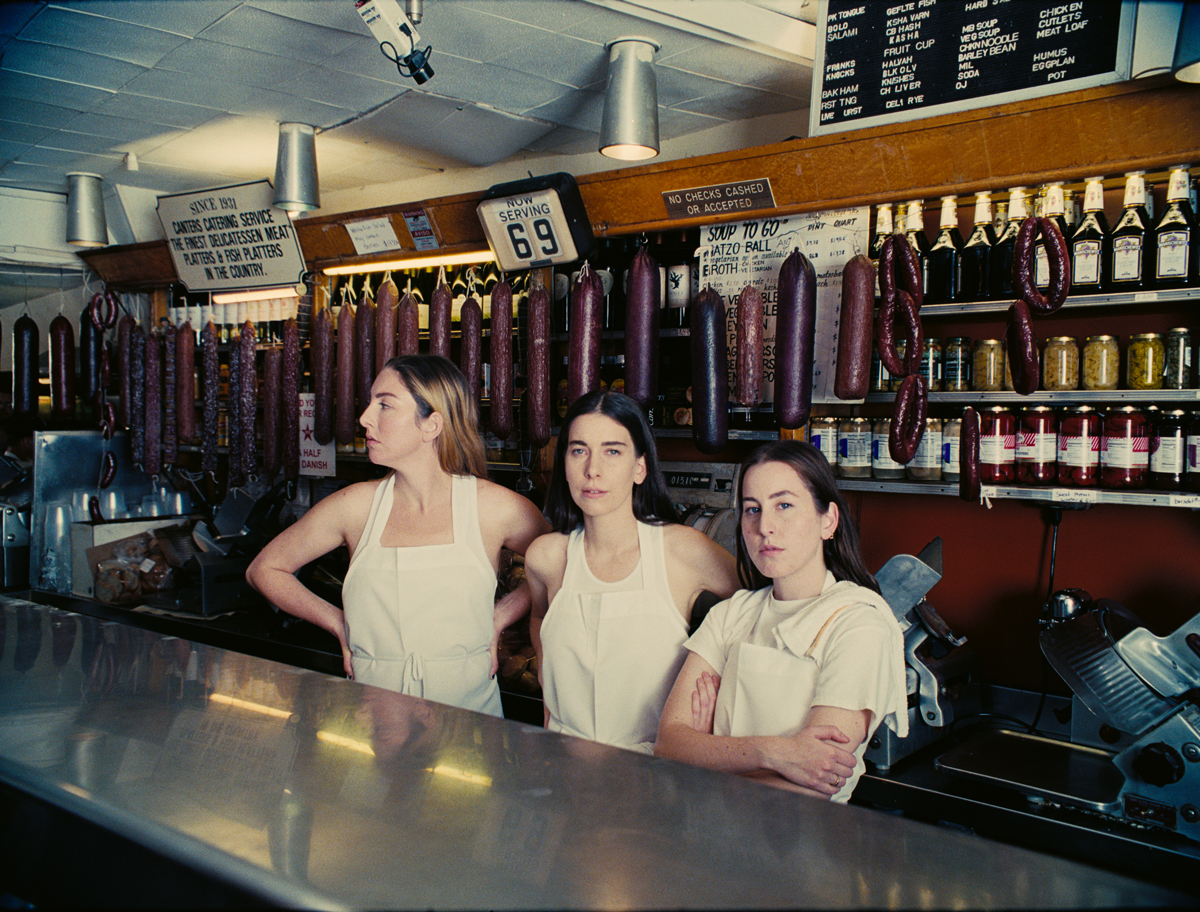 Point your Instagram camera at the cover of Haim’s Women in Music Pt III and a sonic AR experience will unfold before your eyes. An engaging way to promote the band’s 2020 release, it’s also an experiment in how to make physical albums coveted items again.

Haim had been exploring ways to build an AR experience into their forthcoming tour, but when it was cancelled as a result of Covid-19, the focus switched to the album itself.

The physical form of a release is now considered ‘merchandise’ by the record industry, rather than the core product – but the cover art remains a powerful visual expression of a band’s philosophy, and the themes and emotions in their music.

In the age of streaming, that once-crucial link between fans and their favourite artists has faded. Working with Facebook Creative Shop and Spark AR, Haim’s label Polydor UK set out to put the tangible product back at the centre of the conversation.

“The album cover has always been so integral to that first experience with a piece of music,” reflects Ricardo Caetano, head of UK at Facebook Creative Shop. “I always loved the large format LP – opening, unfolding, linking the artwork to the lyrics.”

Fans that crave deeper, more intimate engagement with their favourite artists often find it online: Haim maintains a cult following on Facebook and Instagram, for instance. Sharing album covers on Instagram is already popular, and even dominates some music fans’ feeds.

Using AR, Polydor found an engaging solution to bridge the gap between the digital and physical world on the @haimtheband Instagram channel. Digital overlays, revealed with the Spark AR filter, highlighted track listings with playful doodles. “We wanted to let people play and customise the visuals, where every interaction affects the soundscape,” says Caetano.

The result was an immersive multi-sensory journey: custom artwork could be revealed with a screen tap – altering the music at the same time.

“This project was pioneering in how embedded the artist’s own music was,” explains Ed Juniper, digital marketing lead at Polydor Records UK. “More than merely sound bedding the effect, users could interact and play with a soundscape crafted from album stems.”

“We had a lot of fun exploring the wonderful music on this album and figuring out the most effective ways to excerpt and interpret it as an interactive Spark AR experience,” says Matt Nichols, creative coder at Facebook Sound Design.

“We used a collection of sounds sourced from the album to create an ethereal, dreamy soundscape, capturing the sonic essence of the album in a creative way,” he adds.

More than 300,000 fans engaged with Haim’s AR album cover on Instagram, and they soon began to share their experiences – spreading the word organically in the process.

“The level of interactivity will only increase in the coming years,” adds Juniper. “The lines will blur between showcasing the artist’s music, and equipping fans with the tools to have rich experiences and create something of their own in AR visuals and sound.”

For Haim, we managed to make a really rich interactive experience that I hadn’t thought possible before

Direct marketing to fans is an increasingly important string to the record industry’s bow, and if Haim’s success is anything to judge by, this kind of bold innovation pays off.

Fan recall of Facebook ads promoting Haim’s AR innovation was almost 30% higher when tested against a more traditional approach, and the resulting awareness of the album was over 20% higher. Both were more than double the industry average.

As well as raising awareness of the album and driving direct sales, Polydor’s ultimate goal was to explore the wider potential of building music experiences into merchandise for the rest of the artists signed to Universal Music labels.

“The Facebook Creative Shop team are always keen to push the envelope of what can be done in AR – and by virtue of that, the depth of my knowledge of what is possible has expanded,” says Juniper. “We’ve been working more and more AR activations into the fabric of our campaigns over the last year.”

“It’s helped me to think of AR as a creative medium rather than just considering filters as another marketing asset,” he concludes. “For Haim, we managed to make a really rich interactive experience that I hadn’t thought possible before.”

Great Work is part of Inspire, a partnership between Creative Review, Facebook and Instagram to showcase outstanding creative work across both platforms.

Facebook and Instagram’s Creative Hub was launched to help the creative communities understand mobile marketing. The online tool allows creatives to experiment with content formats and produce mock-ups to share with clients and stakeholders. It also showcases successful campaigns created for mobile. Try out the mock-up tool at facebook.com/ads/creativehub and see the inspiration gallery at facebook.com/ads/creativehub/gallery

All Goddess Bodies are Good Bodies in One Illustrator’s Drawtober