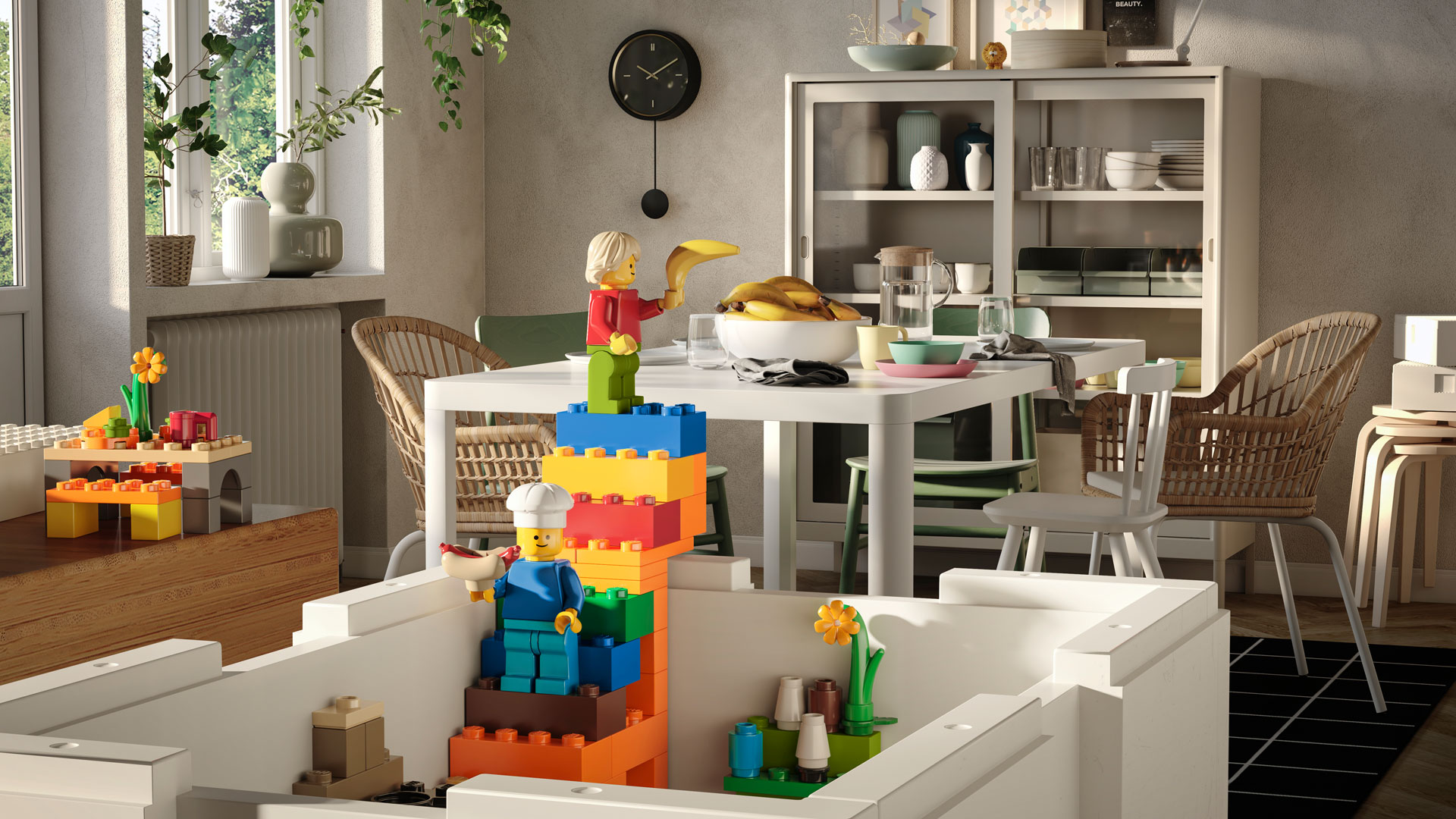 Lego and Ikea have unveiled a storage solution, which hopes to offer a playful experience to children and also appeal to adults’ organisational tendencies.

The Bygglek collection is a range of organisational storage boxes which have Lego studs on the top, thereby creating a canvas for play. In this way, the solutions are “just as playable as they are functional”, Lego says.

“They can store their stories inside”

The product hopes to boost children’s creativity in a domestic setting. While tidying and organisation is often a priority for adults, it can sometimes “disrupt” children’s playtime and creative expression, Lego says.

“Kids can integrate the storage boxes as part of their Lego builds,” the company adds. “They can store their stories inside them, and proudly display their creations on top of them.”

In images, Ikea and Lego show that the canvas is not limited to the tops of the storage boxes but that toy models can be incorporated around the whole box design.

The boxes can be used in collaboration with all existing and future Lego bricks, the company says. They have been designed to fit in with a range of Ikea products.

The collection will be sold in Ikea stores and online from 1 October. Prices start at £10.