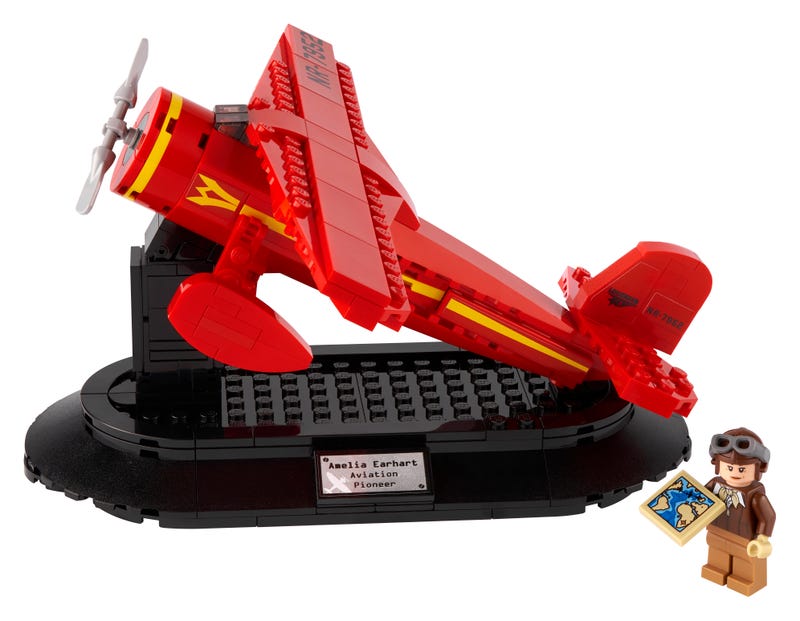 LEGO set featuring Amelia Earhart
This post may contain affiliate links. If you make a purchase, My Modern Met may earn an affiliate commission. Please read our disclosure for more info.

To celebrate Women’s History Month this year, LEGO released a set featuring the legendary pilot Amelia Earhart. Kids and adults alike are invited to learn about the first woman to fly solo across the Atlantic as they build a replica of Earhart’s red plane, the Lockheed Vega 5B.

If there is anything we can learn from the iconic adventurer, it is her fearlessness. In 1932, a red Lockheed 5B Vega helped Earhart fly across the Atlantic Ocean, making her the very first woman to complete a transatlantic flight alone. Only five years after this record-making trip, Earhart disappeared. Fascination still remains; as do theories of her unfortunate fate that involve Japanese prisons, a crash into the ocean, and everything in between. We may never know exactly what happened to this feminist hero during her intent on making a trip around the globe, but we can build and honor her with this LEGO Amelia Earhart tribute set.

“I am hoping the model of Amelia Earhart can inspire and encourage, not only women, but all people around the world, to be curious and brave about their passions and aspirations—especially when facing rigid traditions, structures or the likes, that tries to keep them down,” LEGO Designer, Mel Caddick, shared.

Caddick and her companions worked off actual blueprints of the Lockheed 5B Vega to make sure that the LEGO version matched as closely as possible to the aircraft, including its yellow lines. The plane stands on a black pedestal with a plaque that reads “Amelia Earhart: Aviation Pioneer.” Earhart’s minifigure holds a map of the Atlantic Ocean and is dressed in her signature travel look—pants, brown leather jacket, aviator hat, goggles, and an ascot.

You can build a 9,036-piece replica of the Colosseum and now fly across the Atlantic with Amelia Earhart. This LEGO set isn’t currently available to buy on its own, but it’s free with any LEGO purchase over $100 until supplies last. You can find out more information on LEGO’s website. 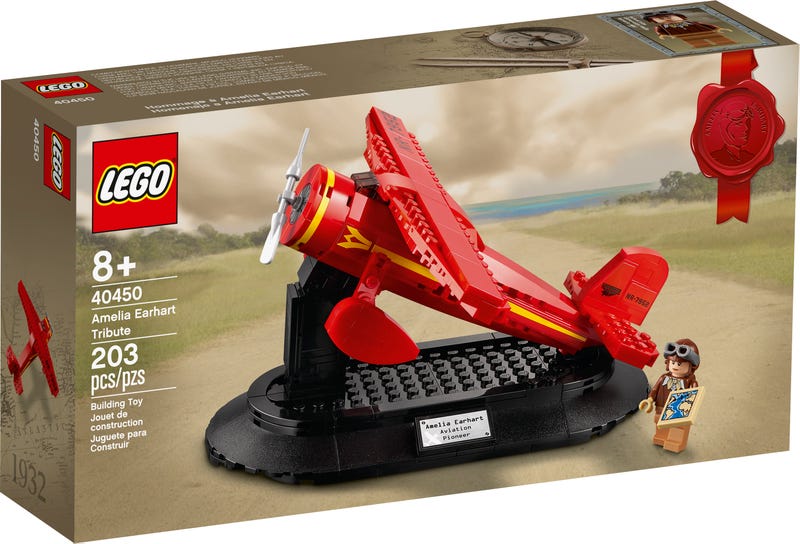 All images via LEGO.