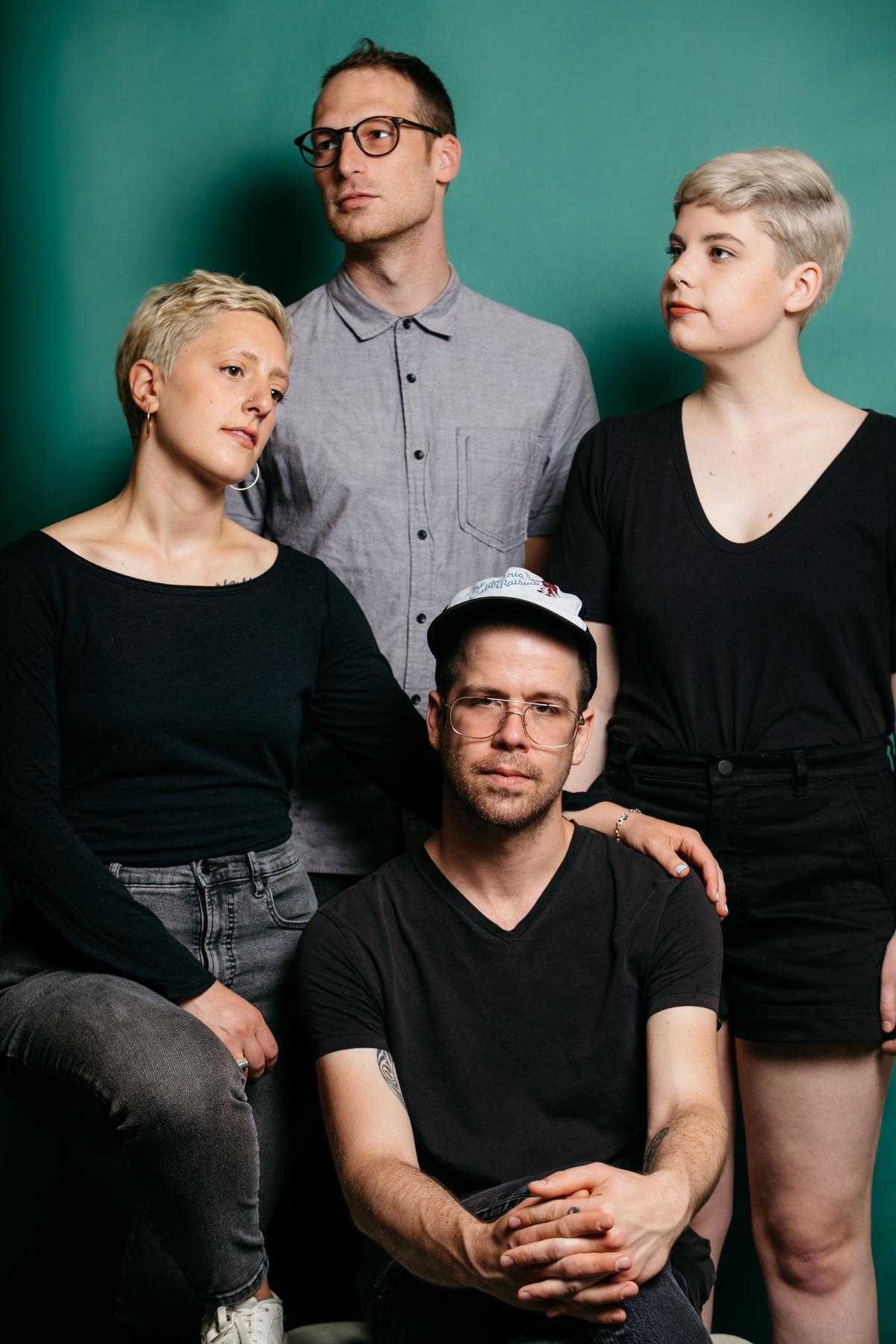 Since 2011, SAAM’s Luce Foundation Center has hosted Luce Unplugged, a free, monthly concert series that celebrates the work of local musicians. Now, we’re teaming up with local music podcast, Hometown Sounds, to bring you music and conversations from your favorite DC artists. In our first episode, we caught up with Sasha Snoad, lead vocalist of Lotion Princess to ask about making music, creative life in DC, and how the pandemic has changed the creative process. Lotion Princess grew out of the DIY music scene in Washington, DC, where Sasha met friends and collaborators, Katie Parker (bass, vocals), Andrew Grossman (guitar) and Tommy Sherrod (drums). Together, they delve into deeply personal narratives surrounding queer love and heartache, mental health, and attachment. Read on for excerpts from Sasha’s conversation with Paul Vodra and Anthony Porreco of Hometown Sounds. To hear the full interview, visit hometownsoundsdc.com.

Hometown Sounds: For those who aren’t familiar with Lotion Princess, can you tell us the origin story of the band and how you came up with the very intriguing band name?

Sasha Snoad: I played music all my life. I took piano for thirteen years, but I let that go for a long time until I had a bad breakup in 2016. I was beside myself and bought a little synthesizer. I started playing music in my bedroom and dreamed of having a band. I asked around to see who was interested in joining, and found a few people, including my downstairs neighbor and my friend, KP (Katie Parker).

I don’t know what prompted this, but one of my roommates at the time said, “Sasha, you are such a lotion princess.” She was referring to my collection of lotions. And everybody in the band was like, that’s what our name should be—Lotion Princess. At the time, I wasn’t that into it, but we were still coming together as a group. To me, it felt like if everybody else was so excited about that, then I would roll with it because all I cared about at the time was just people being excited to be there. So, we went with it and over time I have learned to love it. And people call me LP too, because it’s just who I am. I am a lotion princess.

HS: Can you tell us about the other members of your band? They are all also in other bands and we love hearing about how the various musicians in DC come together.

SS: It is kind of cool to observe how people start working together and how creative projects come together. DC has had a strong and amazing DIY music scene for so many years that has definitely changed over time. When I was younger, that was a big part of my life. I loved going to shows and checking out new bands and the whole culture around them.

Every member of Lotion Princess that came on board really changed things. I don’t feel like we were whole until the four of us were totally on board together.

HS: How has your practice changed during the pandemic?

SS: In the past few months, my creative practice has started to grow back and that’s felt really good. I miss live shows a lot. There’s nothing that can replace that. It does feel like there’s tremendous capacity to create right now because so many pieces of our lives have been taken away. I think that in this time when we are in a state of fear and uncertainty and all of the emotions that are happening right now, there’s a lot of numbing and it’s hard to work past that and create. So, to everybody that is creating right now, that’s a beautiful and amazing thing. And to everybody that’s not creating right now, that is okay. It’s more than okay.

HS: Do you have favorite memories of performing at DC venues?

SS: The Union Stage show in 2018 was our first venue. For many reasons, it felt so special. There were lights, the stage was hot. We could not see the audience because the lights were in our eyes. It felt like star power and that was pretty significant. I don’t think I’ll ever forget that because I was also terrified and kind of blacked out the whole time, even though there were only a hundred people there.

The show that felt the best to me of any shows we played was at Dwell, which was a DIY space in Northeast, run by an awesome family. It’s still there, but it’s just not a place where you can host events right now.

HS: What does the future hold for Lotion Princess? What can you tell us about what’s coming up?

SS: We’re figuring out how to work remotely together and how to create when we’re not in the same space. We’re working on everyone getting set up to record from their homes. We’re using Slack to work on songs and talk about each one.

The future of Lotion Princess live shows depends on the future of live shows in general. We were going to go on tour in March before everything shut down. It was going to be just a small little East Coast tour, but I was super excited about it. We will definitely reschedule. I feel like the gears are turning again and I’m excited about the future. And then hopefully we’ll have an album to put out sometime in the next year or so. We have a lot of songs that we haven’t recorded. Hopefully we can get some of those ideas into the digital world and share them with everyone that way.

The Typographic Art of Gary Stranger

The Best Cruelty Free Watercolour Art Supplies In The UK