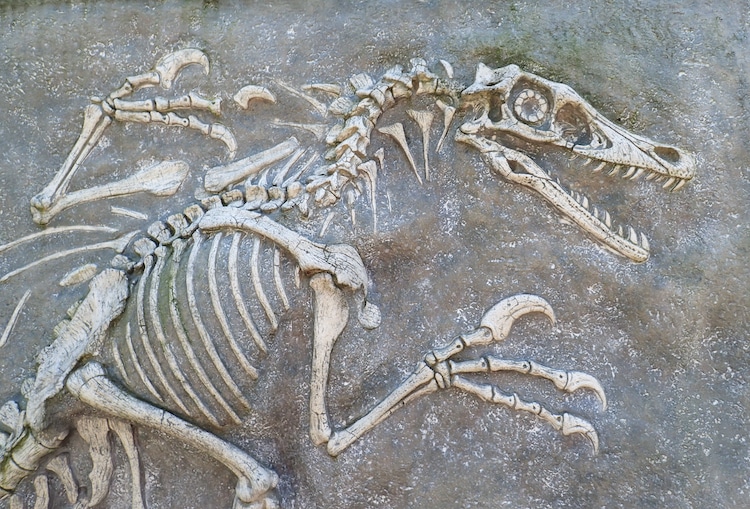 A new interactive map shows where on Earth the many different species of dinosaurs once roamed. Hosted by The Dinosaur Database, the Ancient Earth globe has two ways to learn more about the dinosaurs that lived in a particular location. Users can either start by investigating their hometown’s fossils or by searching the map for a specific species of interest.

Using the Ancient Earth globe is easy. Users simply type the name of a city into the search field at the top left-hand side of the screen. A list of nearby fossils is then generated from the website’s database. Near New York City, for example, paleontologists have discovered fossils of the Grallator, Pteranodon, and Dryptosaurus. Each species points to a static webpage full of interesting facts and images to explore, as well as a direct link to view where the dinosaur lived on the Ancient Earth globe. Uniquely generated for every species, pins mark all locations where fossils have been discovered.

Users can easily explore any species that may interest them with The Dinosaur Database’s search function. Curious about where the Tyrannosaurus rex once roamed? A simple search brings up the species’ information page. A globe with red pins shows that fossils of the ferocious dinosaur have been found primarily in the American West.

Created by computer scientist and paleontologist Ian Webster, Ancient Earth can also trace your hometown’s tectonic shift using the site’s many features. Wherever one’s curiosity leads, Ancient Earth and The Dinosaur Database can teach users about their hometown and its ancient dinosaur residents.

The interactive map Ancient Earth tells users what dinosaurs once roamed their neighborhood millions of years ago. 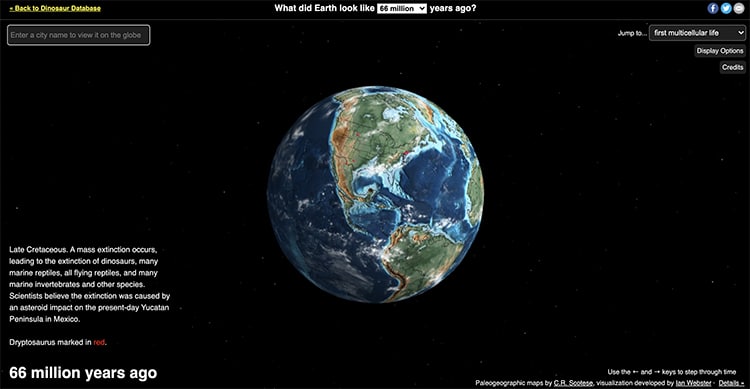 Hosted by The Dinosaur Database, users can investigate the dinosaurs found in one specific location or simply search by species. Interactive globe maps for each species show pins where fossils have been discovered. 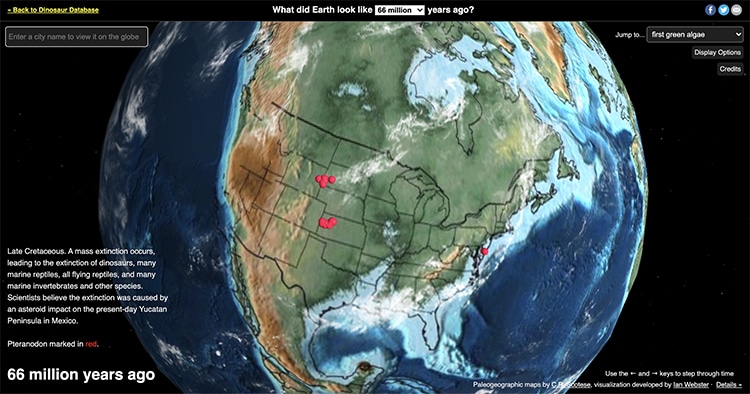 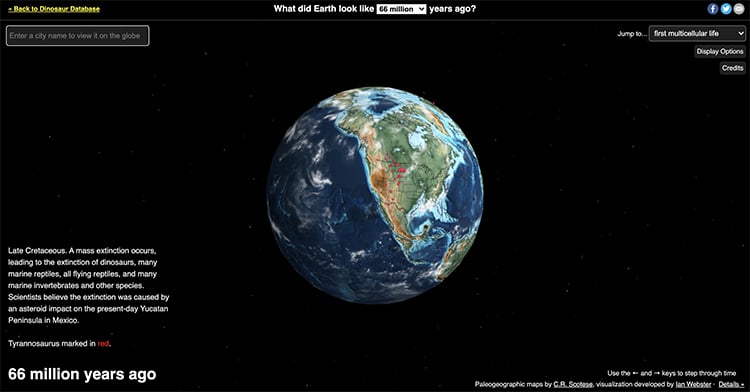 All images via Ancient Earth unless specified.

Researchers Discover Dinosaur with Shimmering Rainbow Feathers Like a Hummingbird

Researchers Discover Dinosaur with Shimmering Rainbow Feathers Like a Hummingbird