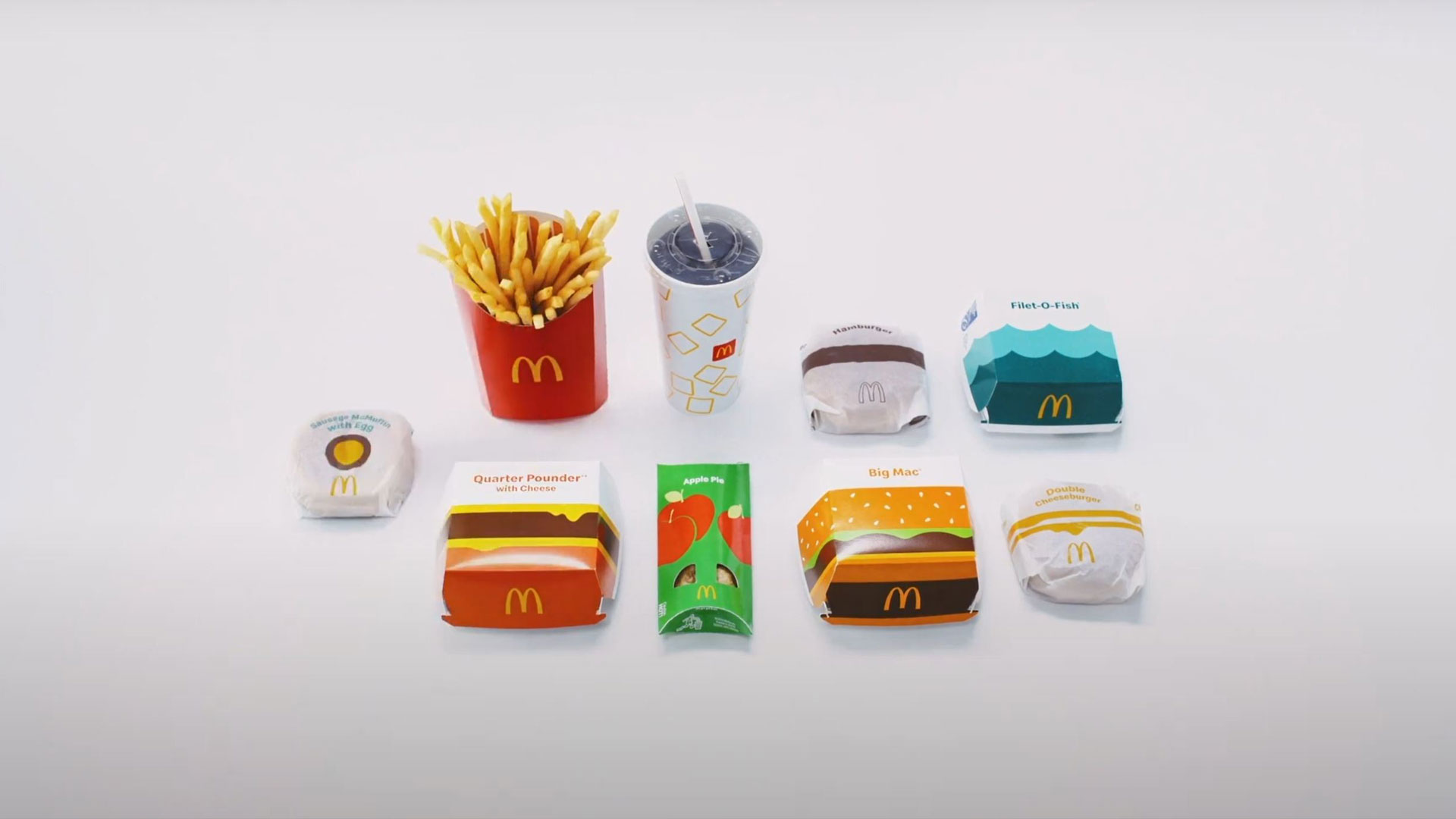 Fast food giant McDonald’s has revealed a suite of new packaging designs for its food range, coinciding with the announcement of the McPlant, its first foray into plant-based burgers.

Unveiled this week, the restaurant chain says the new look will be rolled out worldwide within the next two years.

It is unknown whether the work has been produced in-house, or with a design studio. Design Week has approached McDonald’s, which has been unable to comment.

Designs for the new packaging features simplified illustrations relating to each food item, displayed on boxes, wrappers and cups. Packaging for fries, however, remains in its classic red and gold colourway.

The Filet-O-Fish sandwich box uses pared back blue waves, while the Big Mac box depicts a cartoonish version of the sandwich.

Packaging for wrapped sandwiches and bagels is further simplified, using “playful winks” to suggest what the dishes are, McDonald’s says. The Quarter Pounder with Cheese features “melting cheese drips”, for example, and the pastry bag features a “bite missing from the cookie”.

The new designs look set to replace the last visual update for McDonald’s packaging, which was delivered by Boxer in 2016.

At the time, the Chicago-based Boxer team replaced pictograms and illustrations with oversize, colourful graphics and the McDonald’s wordmark.

McDonald’s explains in a statement that the new look has been adopted to fit in with other new experiences on offer from the restaurant chain. It also says that by rolling out the designs worldwide, the aim is to achievement “one consistent look” everywhere.

In 2018 the company made a pledge to make its packaging fully recyclable by 2025.