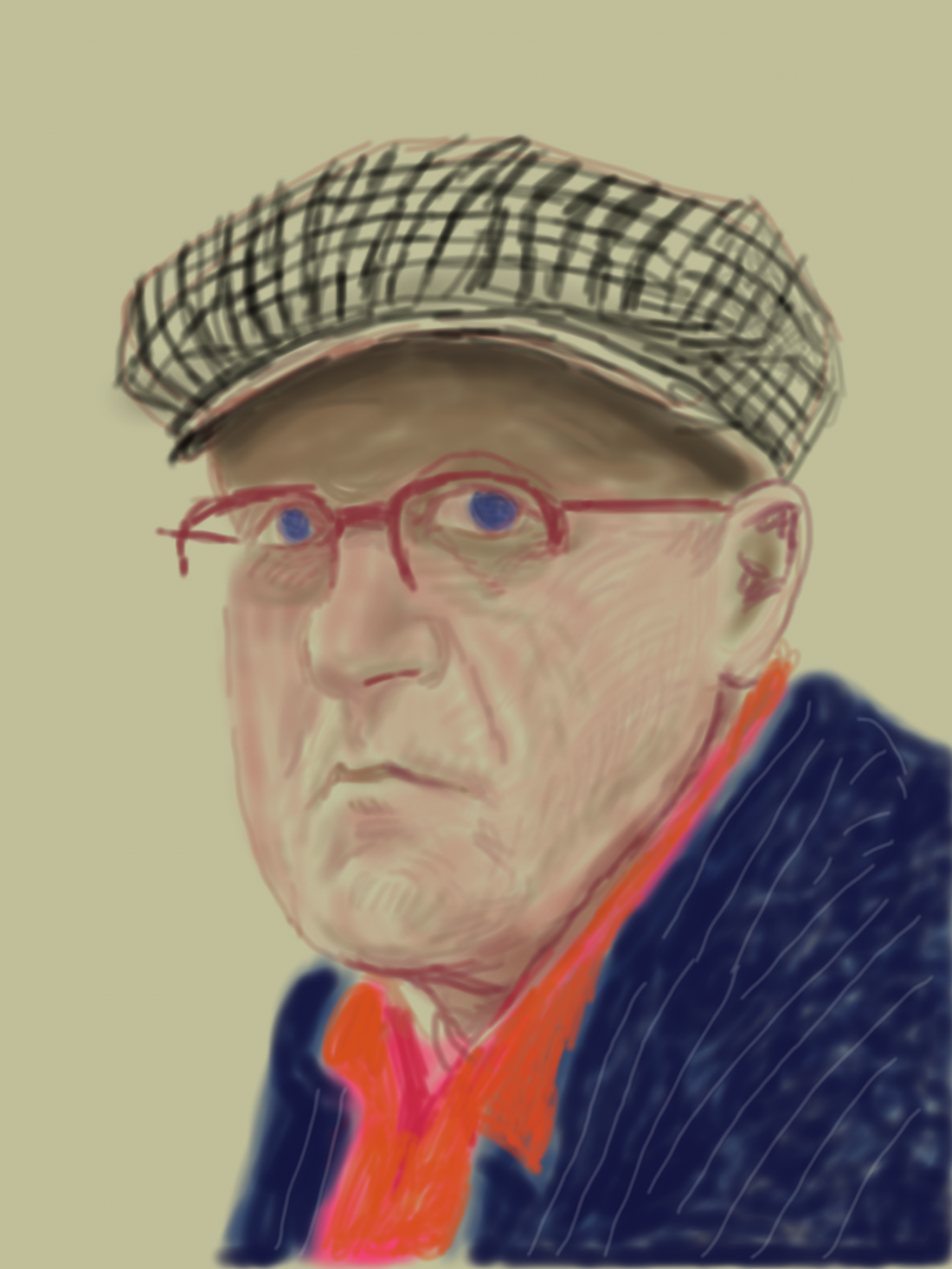 The National Portrait Gallery is to present the first major exhibition devoted to David Hockney’s drawings in over twenty years.

On show from next February, David Hockney: Drawing from Life will explore the artist as a draughtsman from the 1950s to now, by focussing on his depictions of himself and a small group of sitters close to him: his muse, Celia Birtwell; his mother, Laura Hockney; and friends, the curator, Gregory Evans, and master printer, Maurice Payne.

Featuring around 150 works, the exhibition will include new portraits of some of the sitters and previously unseen early works, including working drawings for his pivotal A Rake’s Progress etching suite (1961-63), inspired by the identically named series of prints by William Hogarth (1697-64), and sketchbooks from Hockney’s art school days in Bradford in the 1950s.

The intimate portraits are rendered in pencil, pastel, ink and watercolour, using both traditional and non-traditional drawing equipment including coloured pencil, pen, the Polaroid camera and apps found on the iPhone and iPad.

Of course, Hockney is recognised as one of the master draughtsmen of our times and a champion of the medium. David Hockney: Drawing from Life will examine not only how drawing is fundamental to the artist’s distinctive way of observing the world around him, but also how it has often been a testing ground for ideas and modes of expression later played out in his paintings.

Over the past fifty years, the artist’s experimentation with drawing has taken many different stylistic turns. The portrait drawings reveal his admiration for both the old masters and modern masters from Holbein to Matisse.

The influence of Ingres can be seen in Hockney’s neo-Classical style line drawings of the 1970s and the ‘camera lucida’ drawings of the late 1990s. While in the 1980s he used composite Polaroids to “draw with the camera”, as he described it, creating Cubist depictions of form which paid homage to Picasso. In more recent years, Hockney has returned to the distinctive mark making of Rembrandt and van Gogh.

Highlights of the exhibition will include a series of new portraits; coloured pencil drawings created in Paris in the early 1970s; composite Polaroid portraits from the 1980s; and a selection of drawings from an intense period of self-scrutiny during the 1980s when the artist created a self-portrait every day over a period of two months.

David Hockney: Drawing from Life is at the National Portrait Gallery from 27 February to 28 June 2020.