japanese studio NIKKEN SEKKEI introduces its miyashita park in response to the growing density and rapid urban development of tokyo. this condition has seen public facilities and amenities to evolve so that multiple functions occupy the same land — commercial spaces and public gathering spaces have become one. this dense development also means that such open areas as parks are highly treasured. this fusion of parks, commerce, and hotels has created a new synthesis of ‘relaxation’ and ‘activity’ that the people of tokyo have come to desire. miyashita park seeks to celebrate the best from both the public elements and the commercial elements to generate the ideal ‘public space’ in this new era. 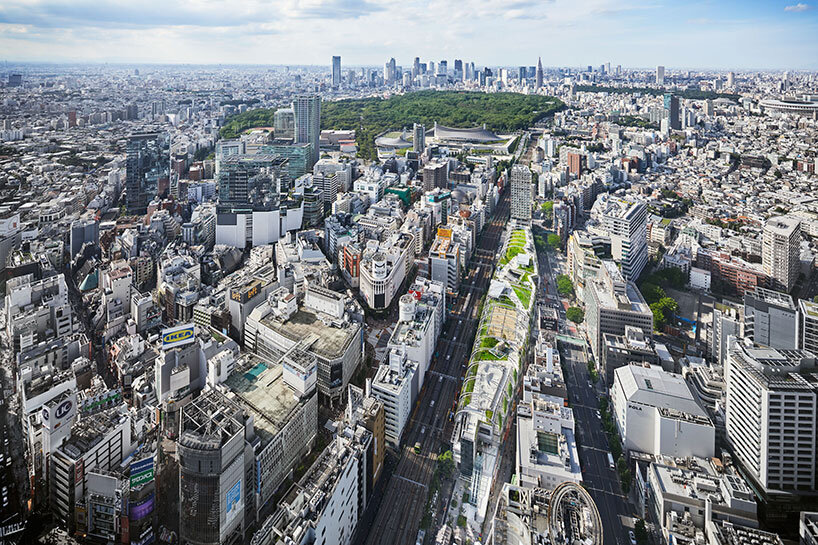 with the recently completed miyashita park, NIKKEN SEKKEI revitalizes a 1964-era park in tokyo’s shibuya ward. the existing park occupied the top of a public parking lot alongside a busy rail line. prior to reconstruction, the park had become prone to earthquakes due to the aging of the artificial ground and general deterioration over time. there was also a need to improve the amenities of the renowned commercial areas of shibuya and harajuku, and to prepare for disasters, which have become a major urban issue of tokyo in recent years. in addition to the accessible redevelopment of the park and public parking, four floors of retail and an 18-story hotel were incorporated into the same site, realizing significant urban improvement and enhancing public land utilization in the center of tokyo.

NIKKEN SEKKEI encloses its rooftop miyashita park in a green canopy. with this element the team sought to achieve ‘shibuya-like’ park activities in a rare public space in the commercial urban center while ensuring the shade of greenery without the fear of falling trees on the railroad tracks. foliage is thus introduced in the form of an array of arches that suggest an arbor canopy. the rough curve that defines the space of the park has become a unique new symbol in the cityscape of shibuya, unifying and integrating the park and retail facilities. 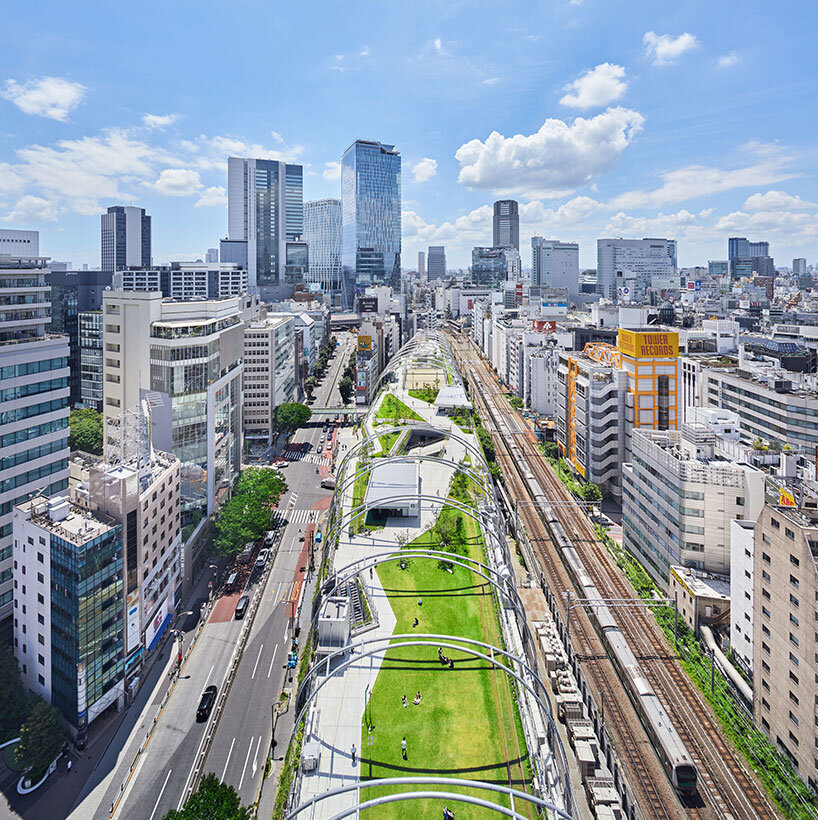 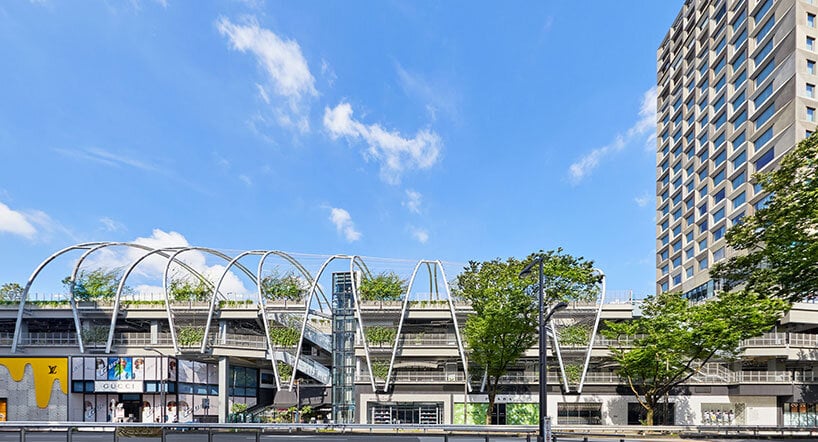 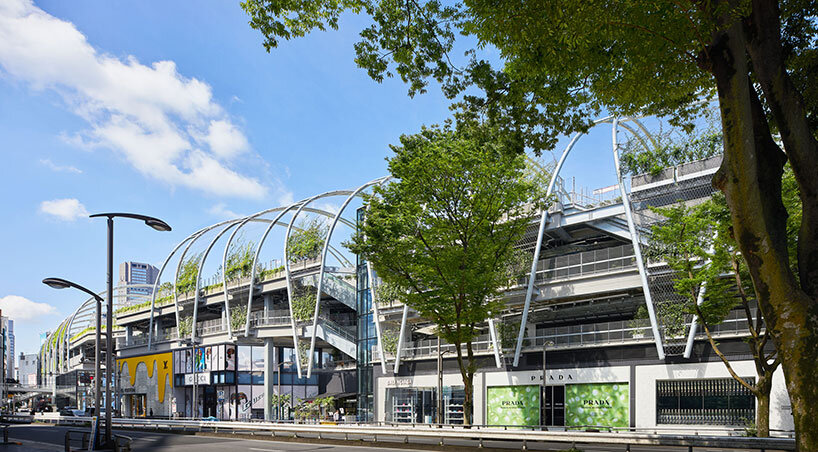 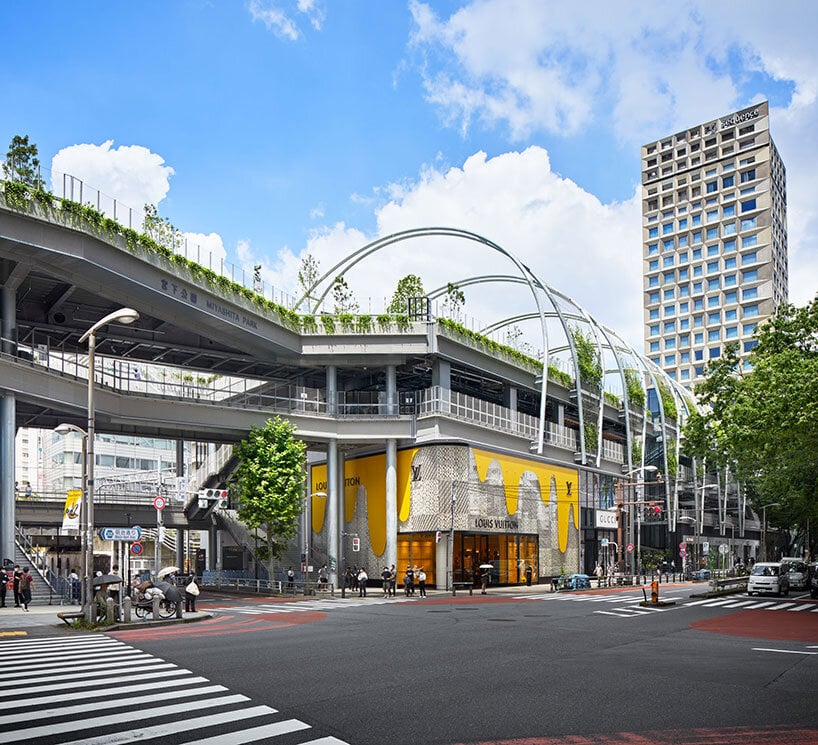 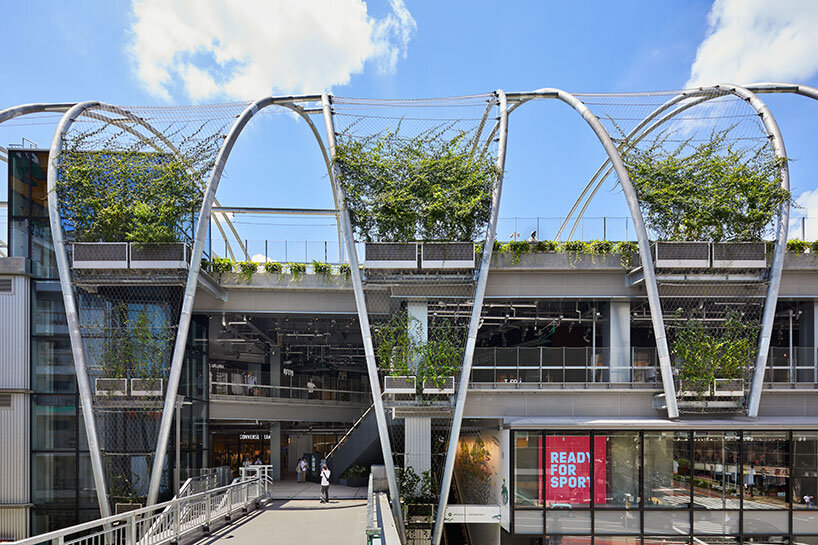 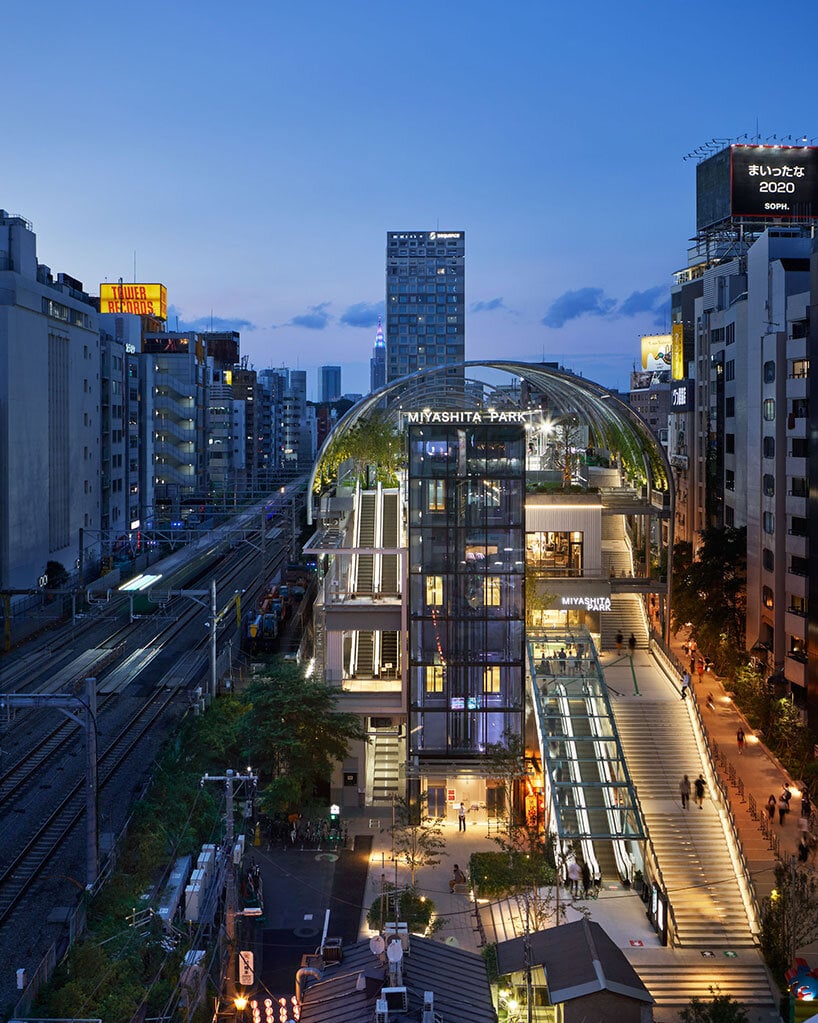 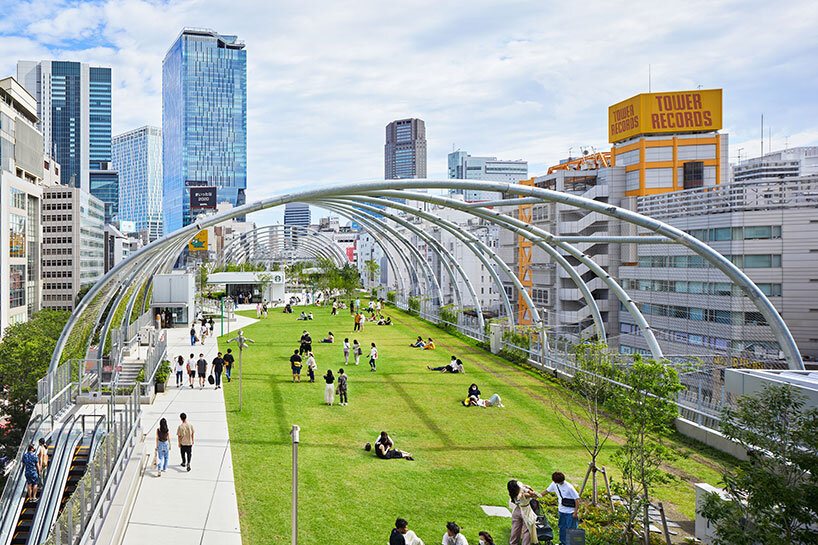 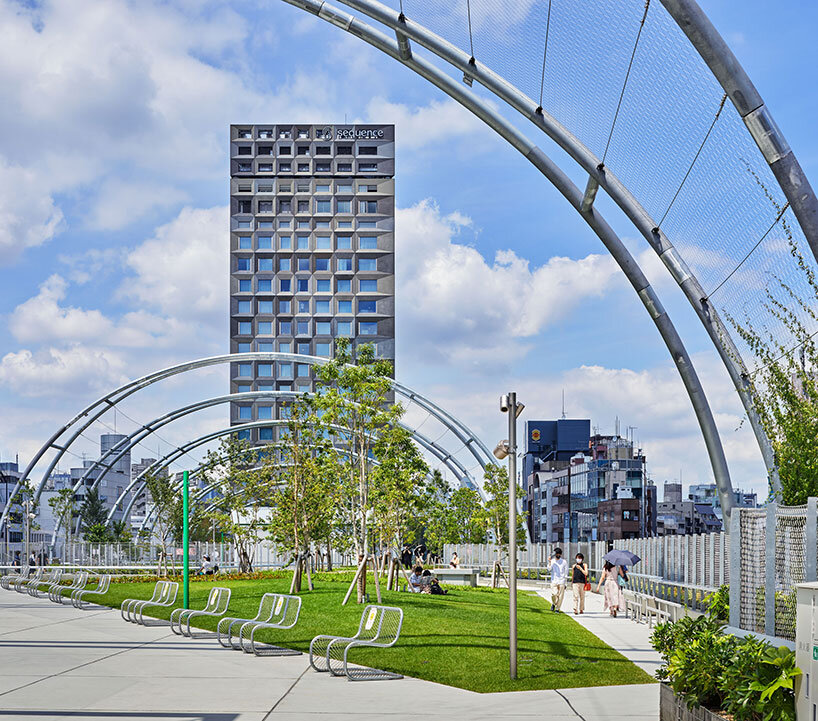 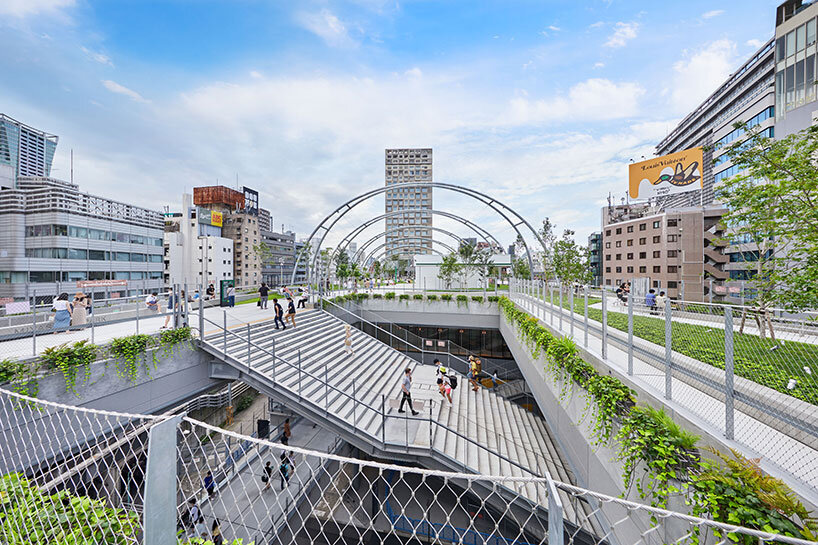 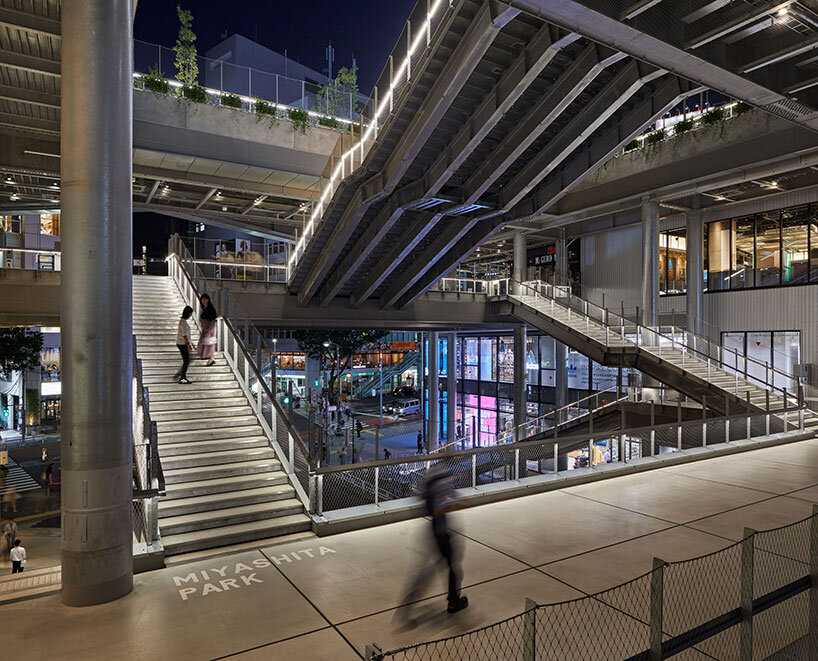 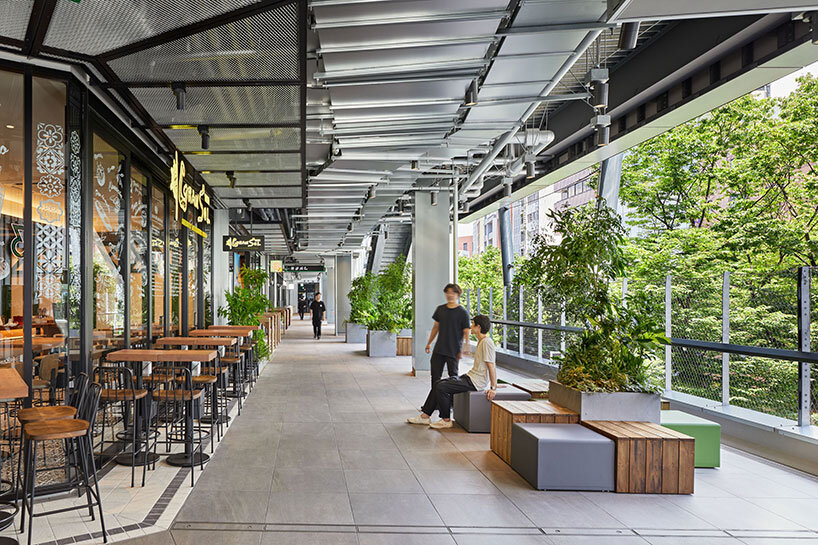 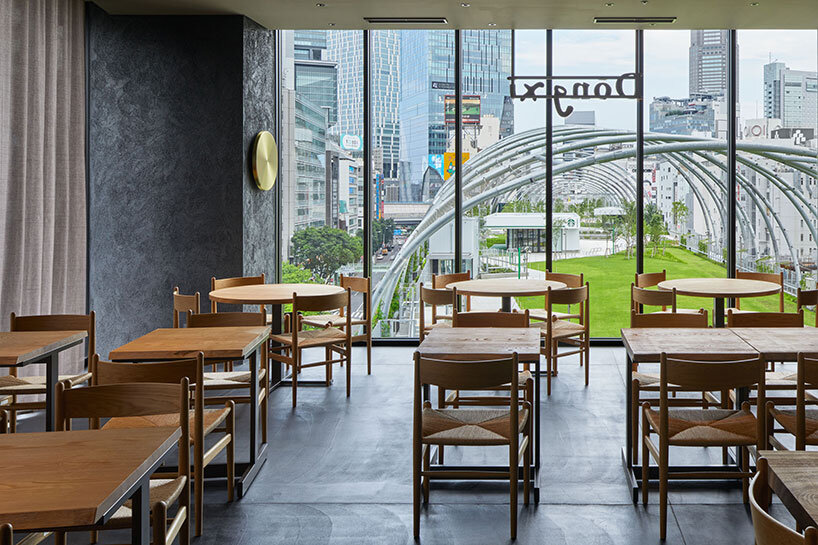 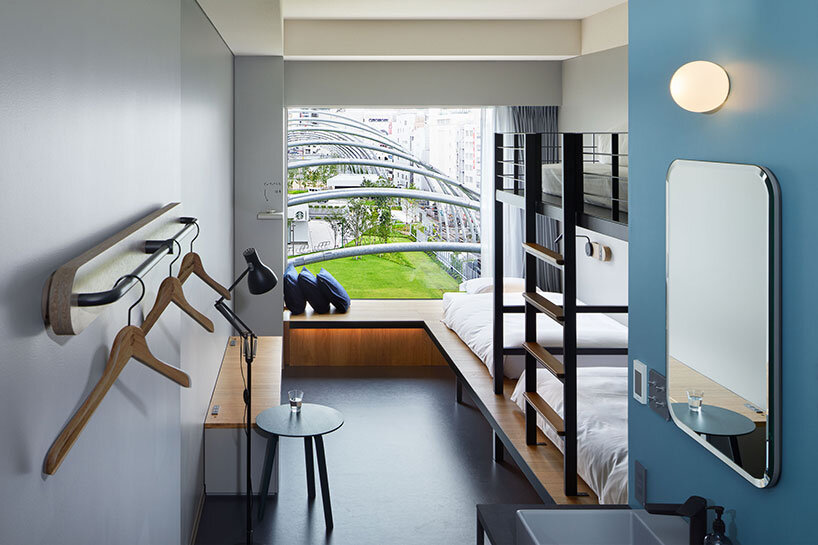