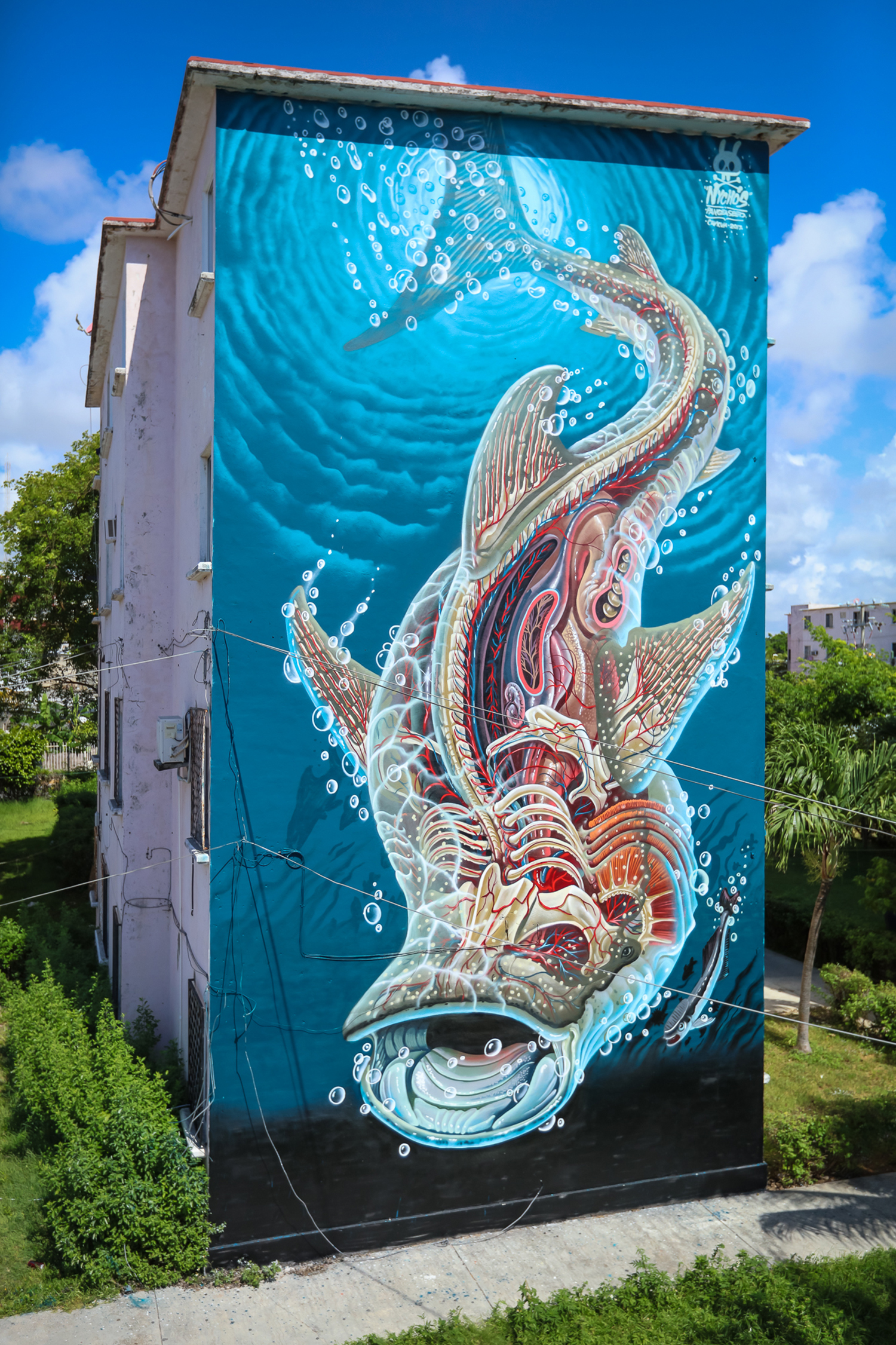 Combining art and activism, the PangeaSeed Foundation is a Hawaii-based nonprofit organization that is doing its part to help save Earth’s waters with its “Sea Walls: Artists For Oceans” international mural program. Since its inception in 2014, over 350 ocean-themed murals have been painted in 15 countries by the organization’s network of over 300 artists. With activations in Australia, New Zealand, the United States, Mexico, and several other locations around the globe, the initiative engages the public and educates the world about critical environmental issues threatening our most precious resources through art, film screenings, and discussions.

PangeaSeed founder and executive director Tré Packard tells Colossal that when it comes to choosing which artists to work with and what they should paint, balance and community are key. “We always aim to create a balance between international, national and local artists,” he said. “Over the years, with the Sea Walls: Artists for Oceans program being nomadic, we’ve learned the importance of community ownership of the murals once we’ve packed up and left town. There tends to be so many incredible local creatives in the areas we host projects, so we work hand in hand with the local project director to help identify local artists who we invite to participate in the project.” Artists are given a list of topics to choose from and together with the team narrow it down to one. The murals are site-specific in that they address issues relevant to the places where they are painted. Some artists have even connected with local scientists and activists during the planning stage to better inform their designs.

“The beauty of public art lies in the fact that it is a public good where even ‘non-artsy’ folks can be touched and empowered by experiencing the process or the finished product,” Packard said about the mural  program. “In addition to encouraging other artists to create for a purpose, our chief goal is to effect positive behavioral change at the individual and community level, so we’re thrilled when fans who aren’t artistically inclined are moved.” As for ways that people can get involved and help, he suggests finding ways to use less plastic, eating sustainable seafood, and voting for politicians with ocean-minded ideas.

Packard says that there are some dream projects on the horizon for Sea Walls, but those details are still under wraps for now. To learn more about the foundation and its upcoming activations, follow @pangeaseed and @Seawalls_ on social media.