International human rights charity Witness has been rebranded by Pentagram partner Harry Pearce. The new identity places a focus on collaboration and participation from a “new generation of human rights defenders”.

Witness was originally founded in 1992 by musician Peter Gabriel. Its central principal was to give cameras to human rights activists so that they could document their stories. The initiative was dubbed “little brother turning the cameras back on big brother”.

In 2019 however, cameras in the hands of few have been replaced by smartphones in the hands of many. As a result, Witness’ mission has shifted somewhat, and now focuses on educating larger groups of human rights defenders in the safe, effective and ethical practice of video.

The underpinning philosophy of the new identity – and Witness more generally – is “make the truth visible”. Pearce’s identity seeks to do this through “[connecting] people with Witness’ films across the globe,” he says.

Reportage shots and portrait photography play a key part in the new branding, emphasising a connection between different human rights battles around the world.

Many of these images are closely-cropped shots of eyes, which are processed with a halftone dot technique. According to the team, this is done to achieve a “simple but effective device which holds the viewer’s gaze”.

Throughout the branding, the organisation’s strapline “See it, Film it, Change it” can be found alongside the Witness logomark. Both have been set in Akzidenz Grotesk Medium, chosen for its “striking” and “dynamic” qualities.

Alongside this, a “more optimistic” colour palette has also been developed, expanding on the organisation’s usual orange and black.

The new Witness identity marks the latest in a long history between Pearce and the organisation. Their relationship began in 1993, when Pearce was hired to help with graphic storytelling. “Quitely, with them we have been working away for over 25 years,” he says.

According to Pearce, it was Peter Gabriel who first helped him realise he could have his “creativity life and simultaneously support humanitarian causes”. Witness executive director Yvette Alberdingk Thijm says Pearce’s partnership is “an integral part of us reaching audiences.” 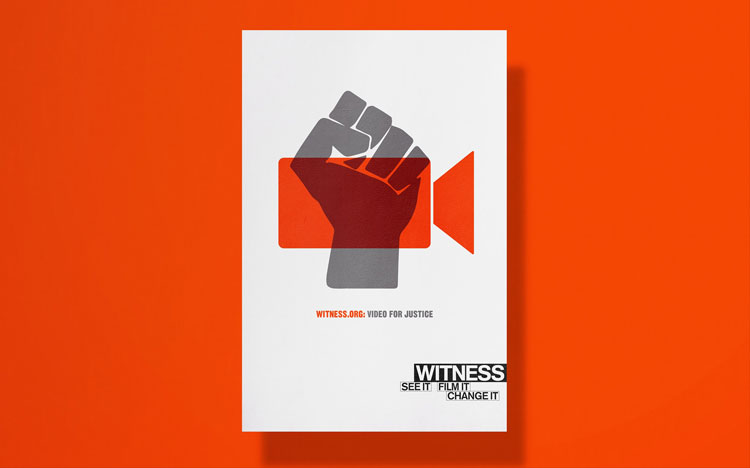 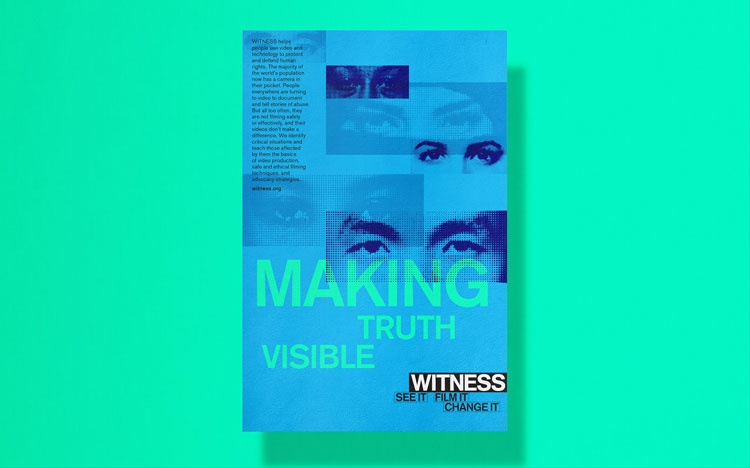