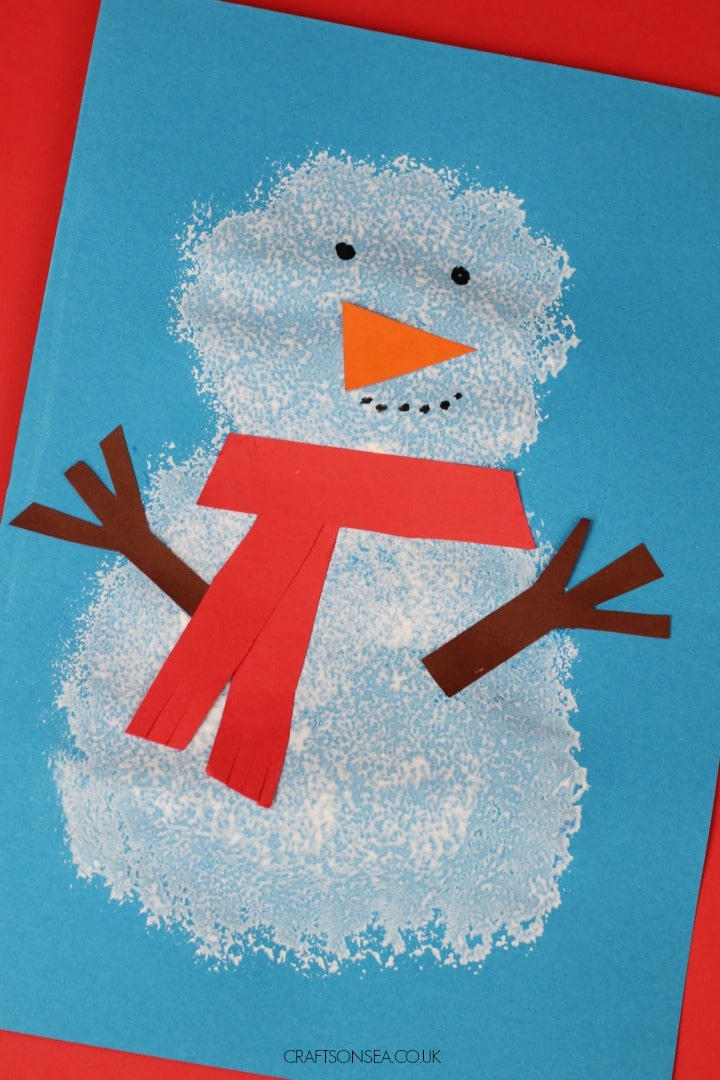 This easy pom pom printed snowman craft for kids would make a really simple winter art project or craft or you could use it to make a sweet handmade Christmas card too! It’s a great craft for younger kids because it doesn’t matter if the ‘snow’ isn’t all perfectly lined up – after all who has ever managed to make a snowman without bits falling off here and there?! Or any printed snow that’s on the page could be part of a little snow flurry. Plus this easy painting technique is good for fine motor skills too.

In this post I’ll be telling you how to make this easy pom pom printed snowman craft as well as my tips for making it and some more ideas for easy snowman crafts for kids.

If you like this craft be sure to bookmark this page or pin an image so that you have it to hand when you need it or I’ve also added printable instructions if you’d like to make this craft without having your phone or laptop on while you craft. 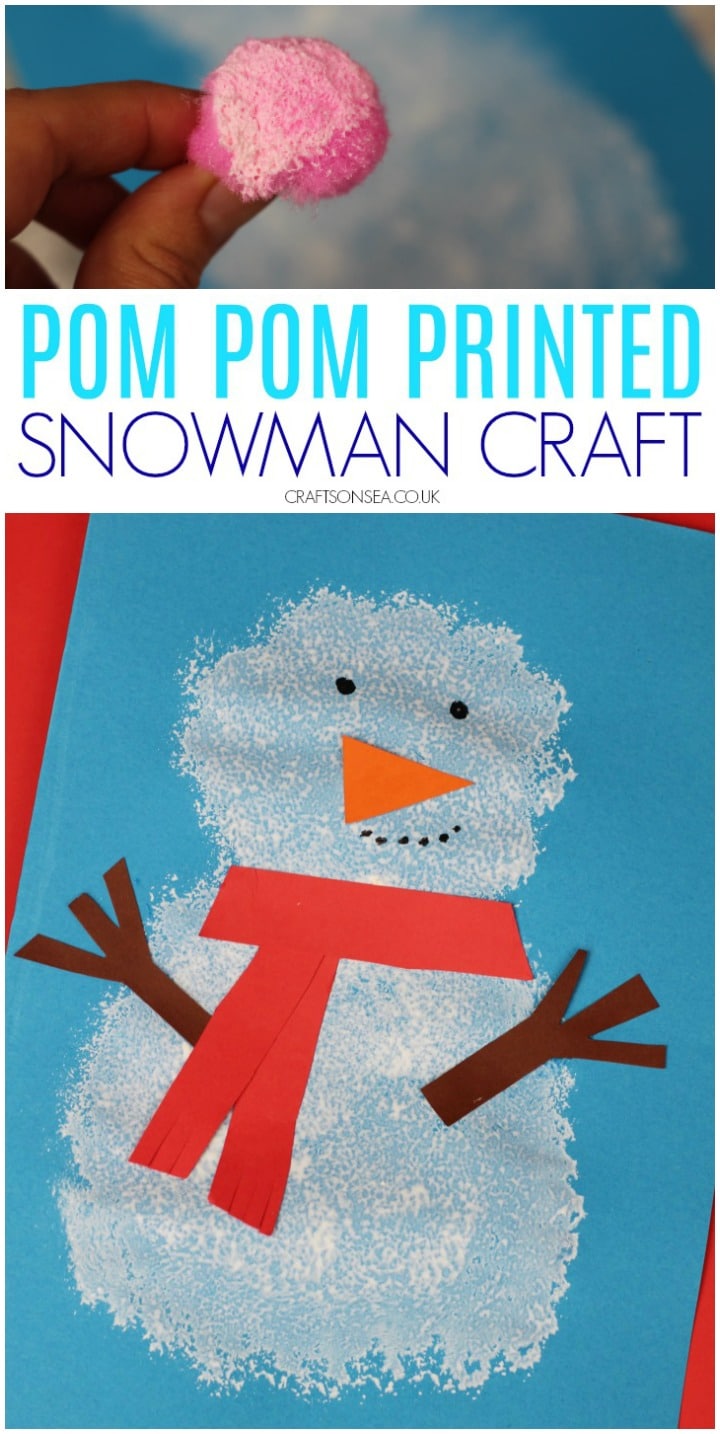 I love pom pom printed crafts just as a nice alternative to always grabbing a pen or paintbrush but they do have other benefits to them as well because of the pinching grip that your child needs to use. Christie from MamaOT is an occupational therapist and has a really good post about the fine motor benefits of painting with pom poms and suggests an idea for where to put a paint pot that can help as a crossing the midline activity too.

If your child doesn’t like pinching pom poms to paint with (it can be a bit messy which some kids don’t like) you could adapt this craft by using a peg to hold the pom poms like we have with these Autumn tree painting ideas.

Start this craft by grabbing a plate and pouring some white paint into it, using a plate means that you can easily dab your pom pom into the paint (and is harder to knock over than a paint pot!)

Grab a pom pom, I love the way they look a bit like little snowballs for this craft. We used a pink one for this craft so you could see where the paint was but white pom poms would be nice to use for that reason.

Dipping the pom pom into the paint print the snowman’s body onto some coloured card. I would recommend card over paper for this craft because paper can go a bit soggy if you end up with lots of paint on it.

Once the paint is dry cut out an triangle from orange card and then stick it on to make a carrot nose for your snowman.

Next up is the scarf. I’ve done mine as three separate rectangle shapes to make it easier to cut and I’ve also made small cuts into the end of the scarf to make it look a bit more like a woollen fringe. Be sure to glue these down too.

From brown card or paper cut out some stick shapes for your snowman’s arms. These don’t need to be complicated and a simple thin rectangle would work fine.

Finally draw in some large black dots using a marker pen for the snowman’s eyes and mouth.

Ways To Adapt Your Snowman Craft

Make a simple snowman craft that’s great as a winter art idea or could be used as a simple Christmas card design.

We love this simple snowman Christmas card for kids. 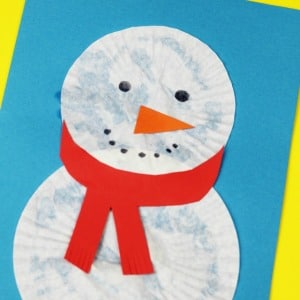 For a hands on craft using a material we love to play with try this scrunched paper snowman craft. 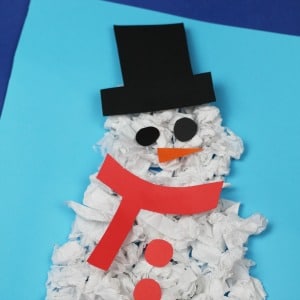 Like paper plate crafts? This snowman spinner twirls around and is great as a Christmas or winter decoration that you can hang up. 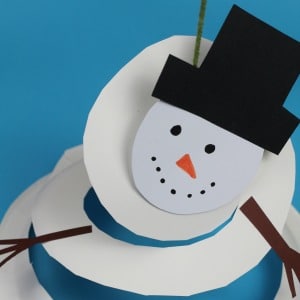