with its rippling and translucent SANAA-designed facade, ‘la samaritaine’ in paris prepares to open its doors to the public after over 15 years of construction. once an iconic department store situated in the heart of the french capital, the 19th century building sees a complete restoration by édouard françois. while early construction images were revealed in 2019, the project is now complete — hosting the restored department store along with a new 5-star 72 room-hotel, 96 social housing units, offices, and a children’s nursery. while the new facade interrupts the traditional 19th century fabric of its context, its light and organic language offers a contemporary interpretation of the art nouveau style which defined the decorative original structure and its light-filled glass atrium. captured by photographer simón garcía, the building is said to open on may 28th 2021, after the postponement of the original opening set for april 2020. 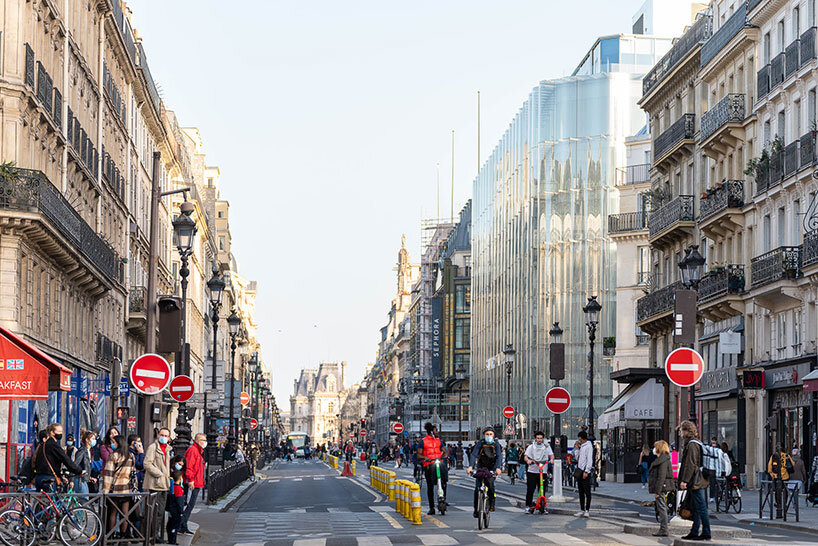 simón garcía presents this first series of images documenting the completed la samaritaine. while japanese firm SANAA is responsible for the ethereal façade, the building’s refurbishment is led by françois brugel. meanwhile, the expansive restoration project will see the transformation of the nearby henri sauvage building into a cheval blanc hotel, led by paris-based architect édouard françois. while the 150-year-old icon had been closed since 2005 due to structural deterioration, the vibrant space is scheduled to open to parisians and visitors before the summer, returning the long-lost department store to the public and introducing the new and luxurious palace-like hotel. 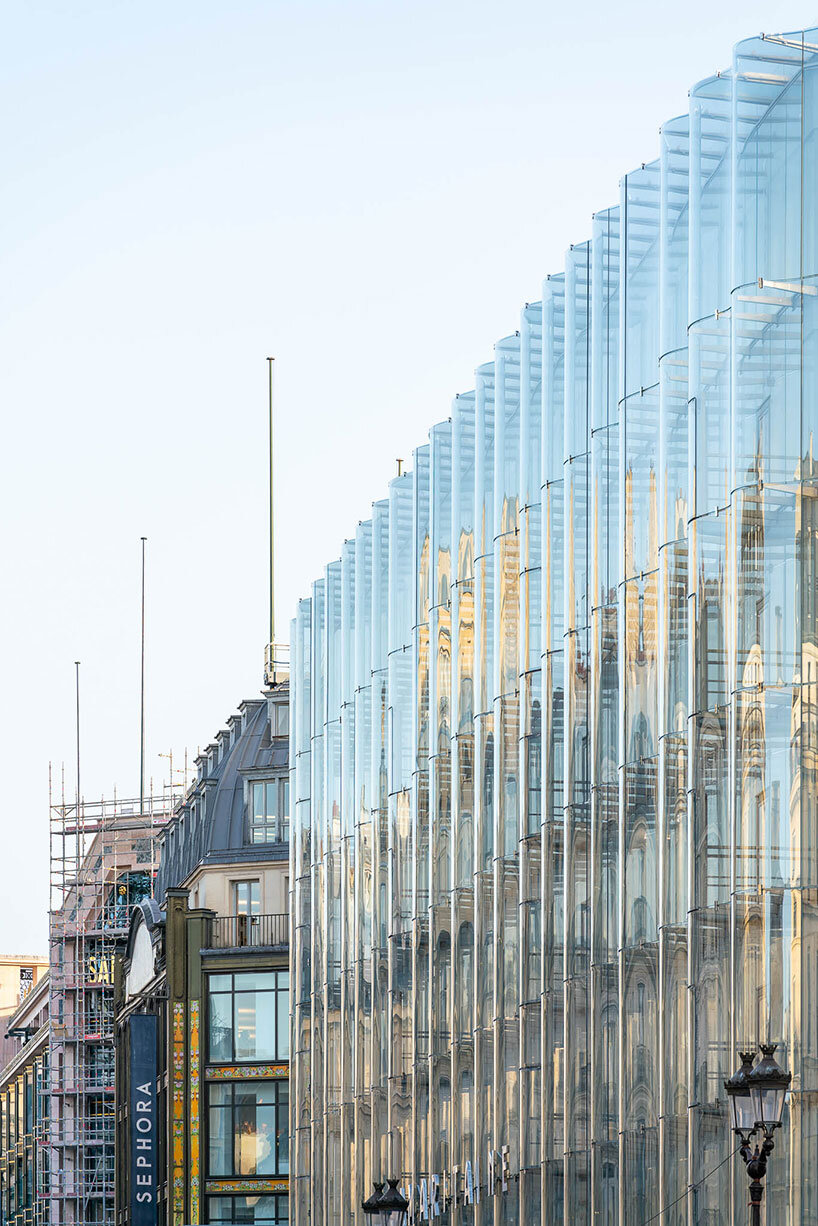 la samaritaine will bring together more than 600 brands from the LVMH group which owns the entire complex. the luxury shopping center will occupy almost half of the site, alongside the housing, offices and nursery. the luxury hotel le cheval blanc, an art deco palace, includes a 30-meter-long (nearly 100 foot-long) swimming pool and a green terrace around the historic glass atrium roof, with views over the rooftops of paris, the seine, the centre pompidou, and the eiffel tower. 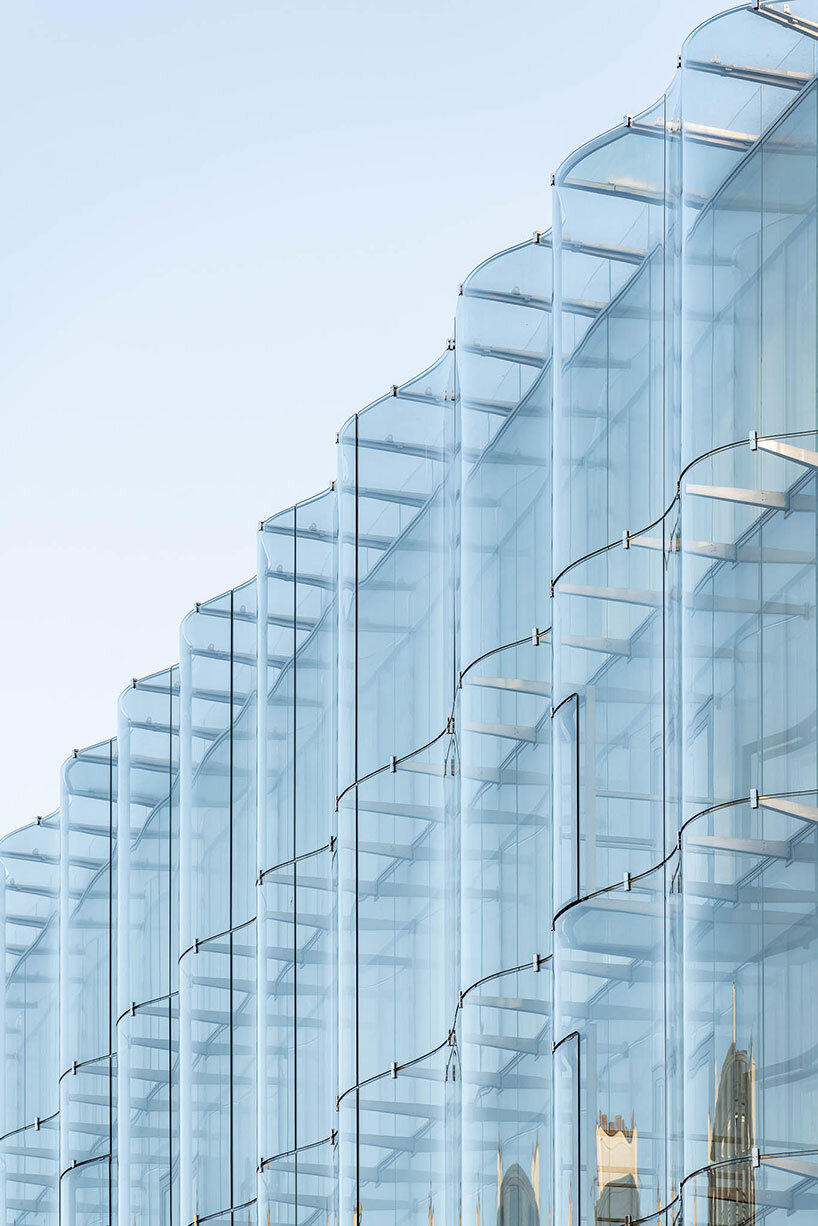 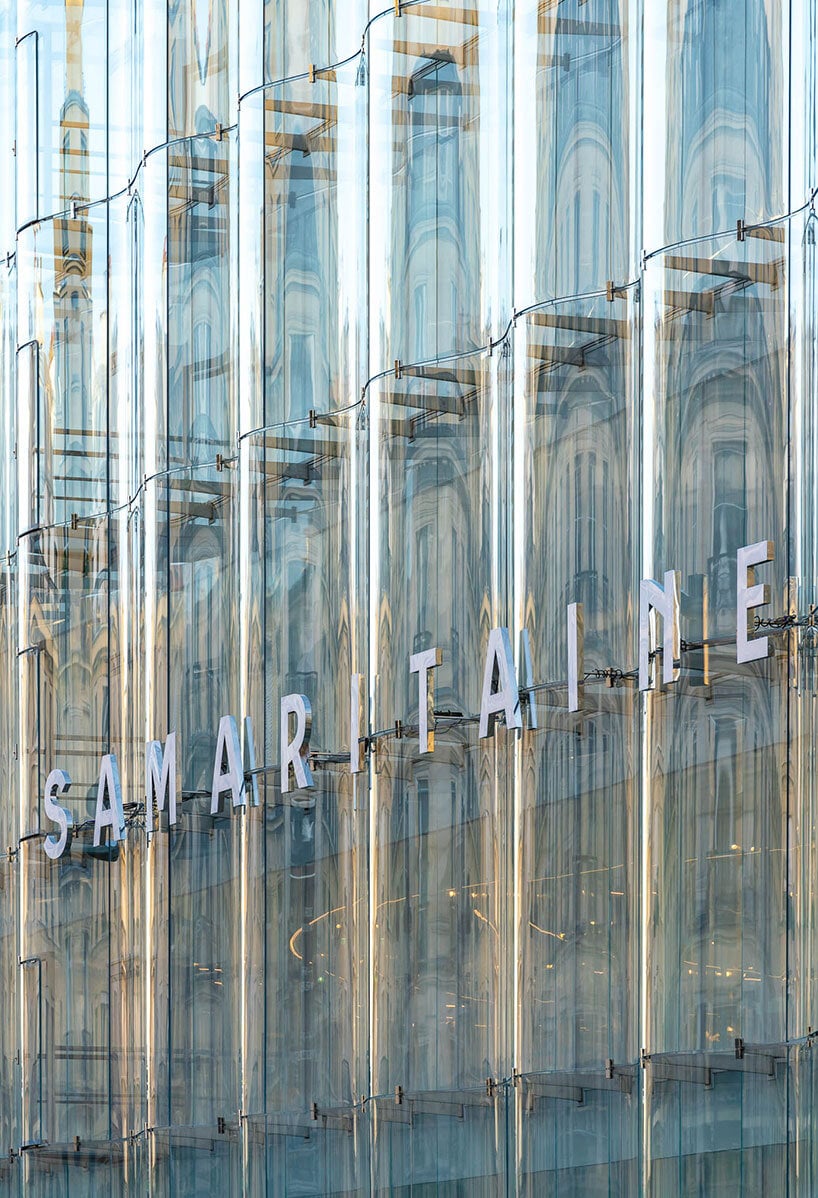 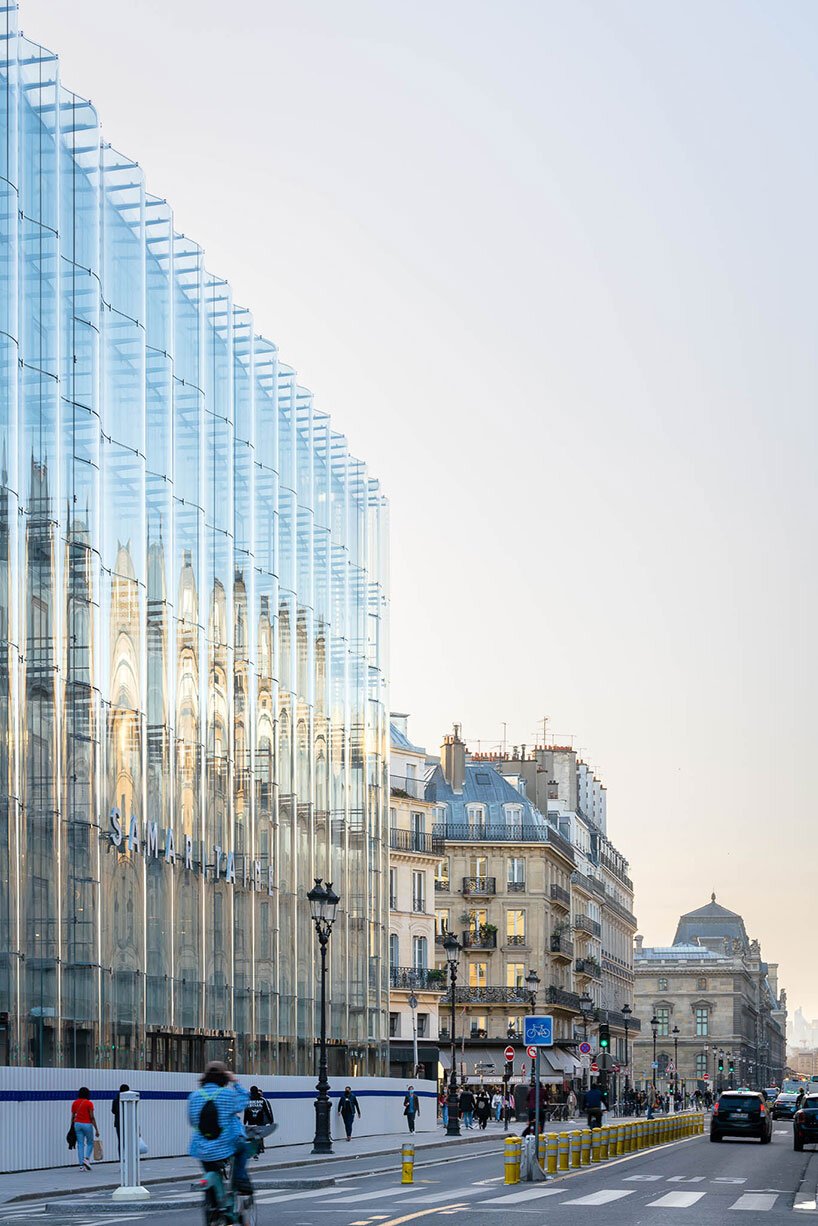 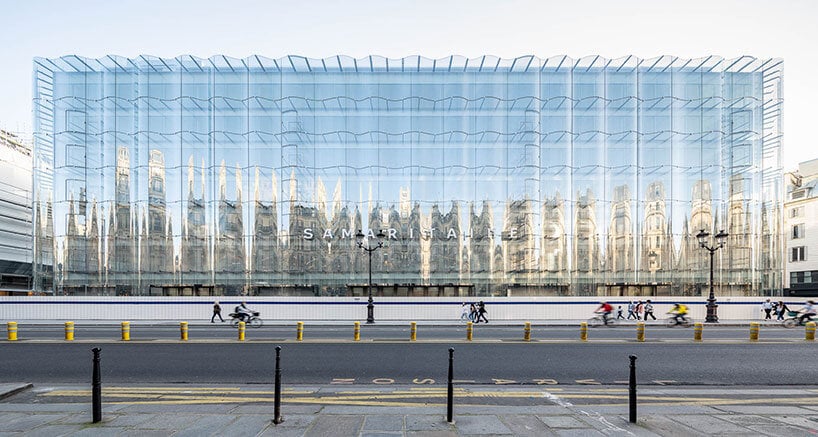 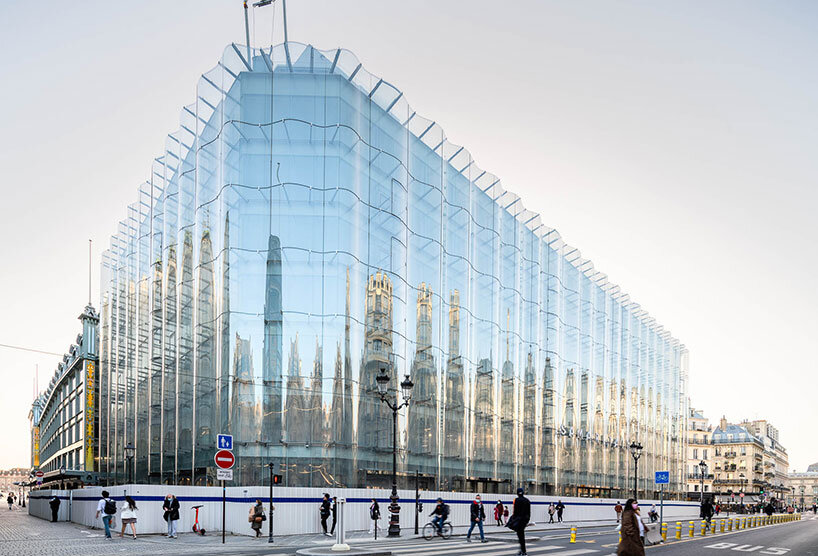 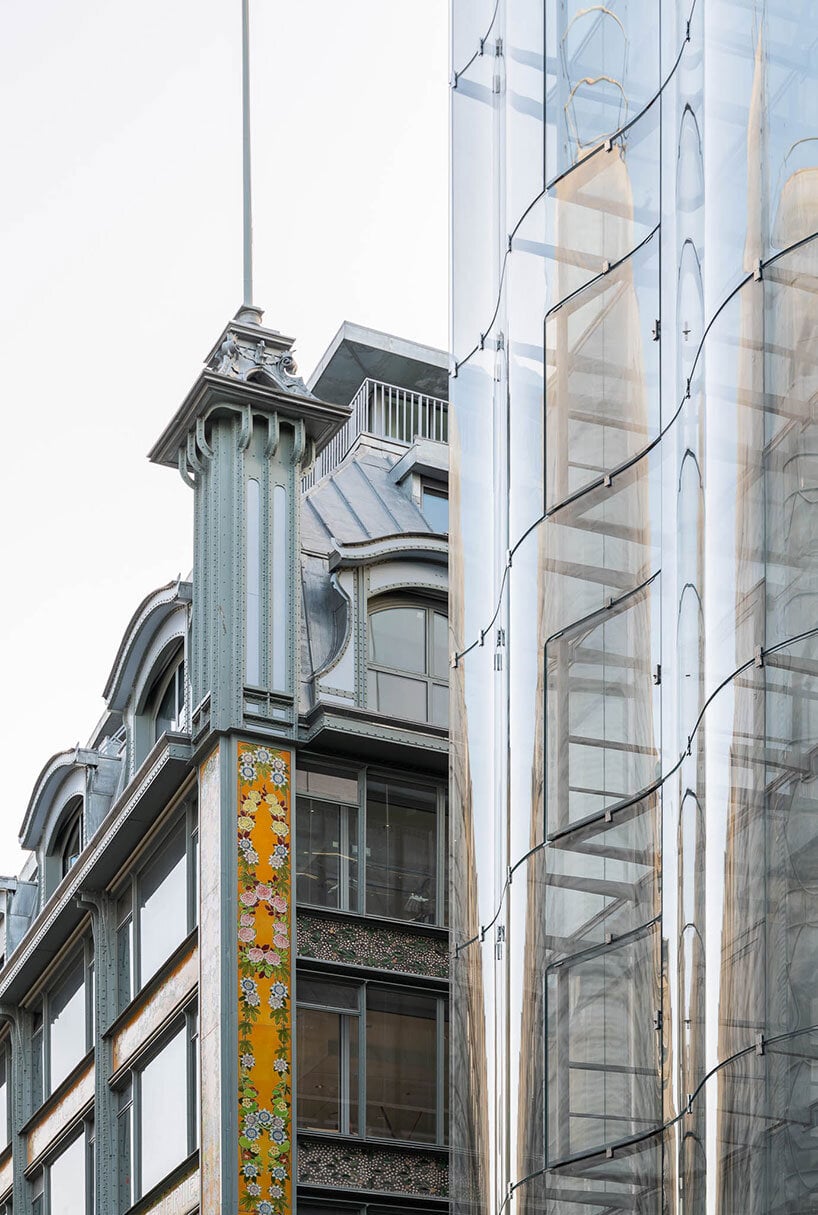