They’re designed to help up-and-coming creatives over the awkward in-between stage that happens after graduating, as well as create a resource to return to when things get tough. They tackle a wide range of topics, covering everything from dealing with imposter syndrome, to not being afraid to ask for a pay rise.

“It felt like New Blood Festival was this amazing showdown that launches creative careers, but there was an opportunity for D&AD to offer graduates and emerging talent a bit of guidance for what happens beyond that,” says writer Ellen Ling, who oversaw the cards’ creation.

“The gap between your education and your career is actually huge. It’s a baptism of fire for most, which can be the making of you. But we wanted to step in with advice as the anxieties that come with jumping off that cliff arise – to help bridge that gap. And we wanted to do this by creating a real-life thing you could hold, stick up on your wall, pass on and come back to when you needed some pepping.” 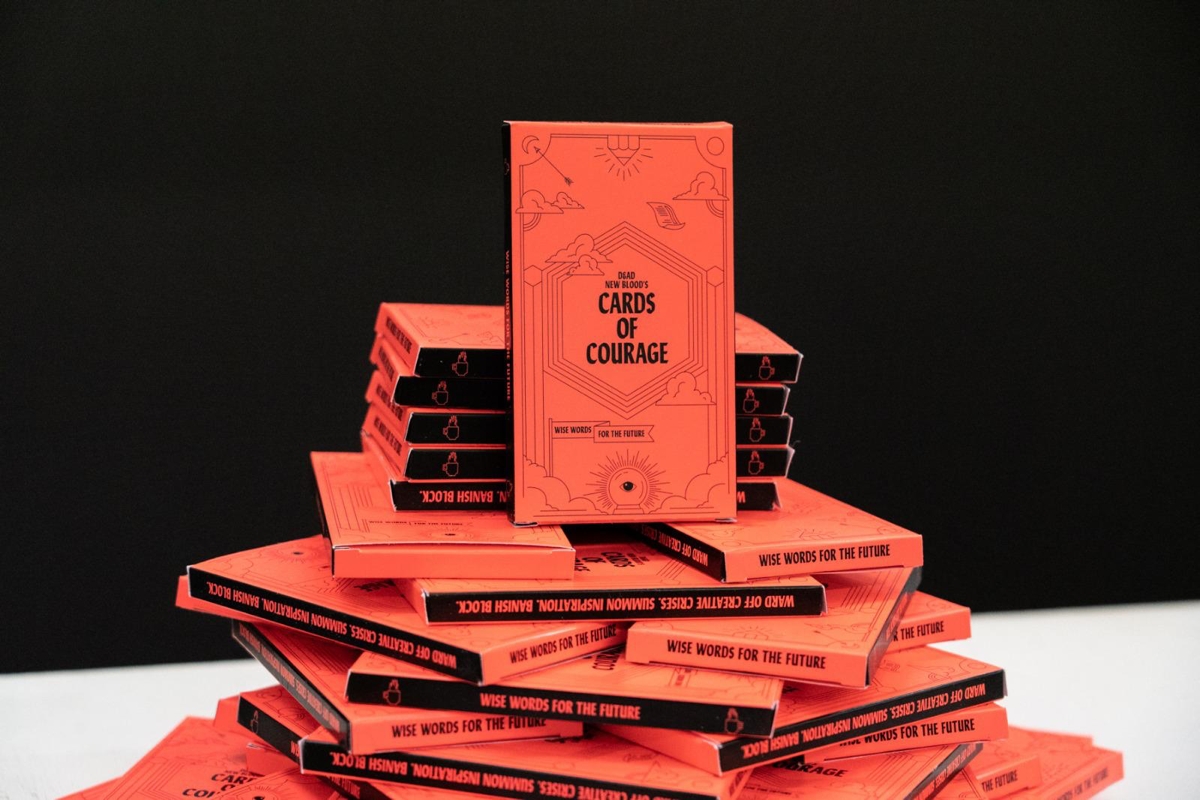 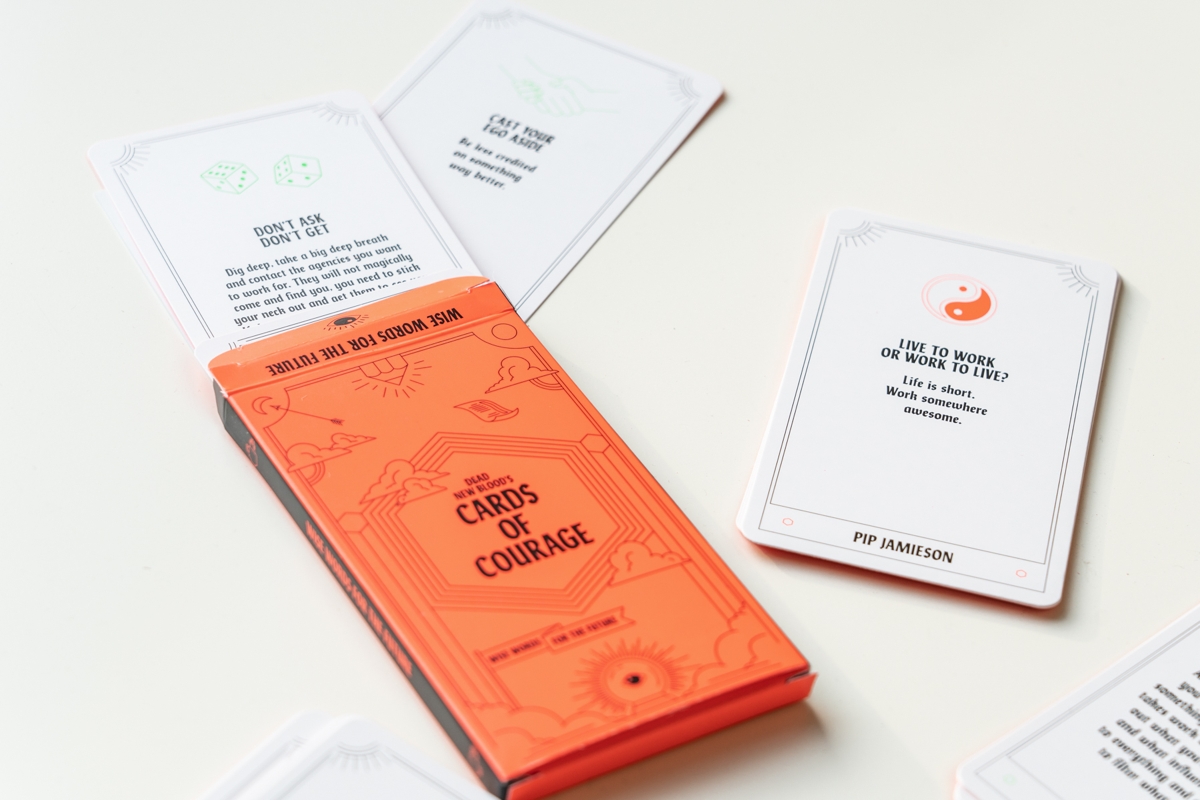 Some big names have contributed to the cards, which emphasise that even the most successful creatives have gone through difficult times. There’s advice from Erik Kessels on failure – “Making mistakes, flirting with disaster and pure, outright failure is how you get better. Without it you’re stuck in a zone of mediocrity and ‘meh’.” – and sage words from copywriter Vikki Ross on money – “It’s in your interest to understand money and work towards earning more of it. Employers don’t go to bed at night thinking about who they should promote and give pay rises to, so be open.”

Advice for students and graduates can often feel frustratingly vague, but D&AD’s Cards of Courage do a good job of offering usable, practical tips. More than that, they give some comfort to young creatives who are often fed a narrative of straightforward success. 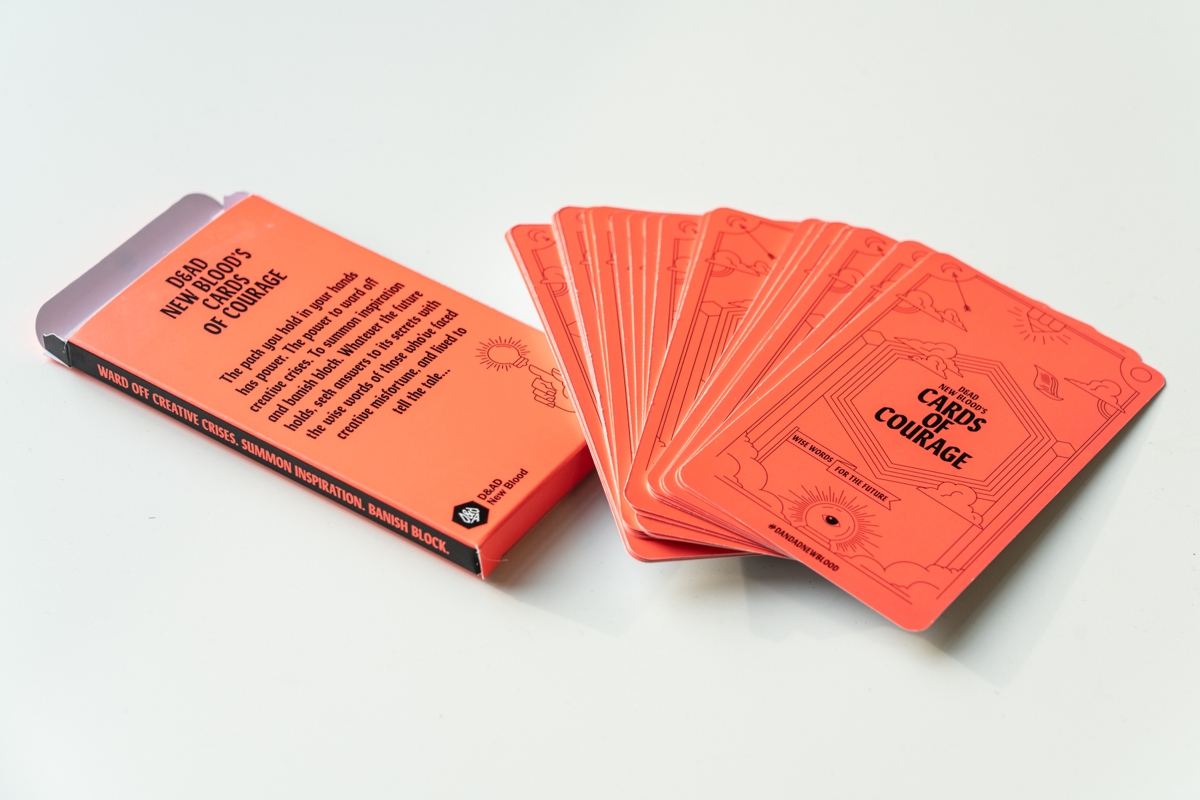 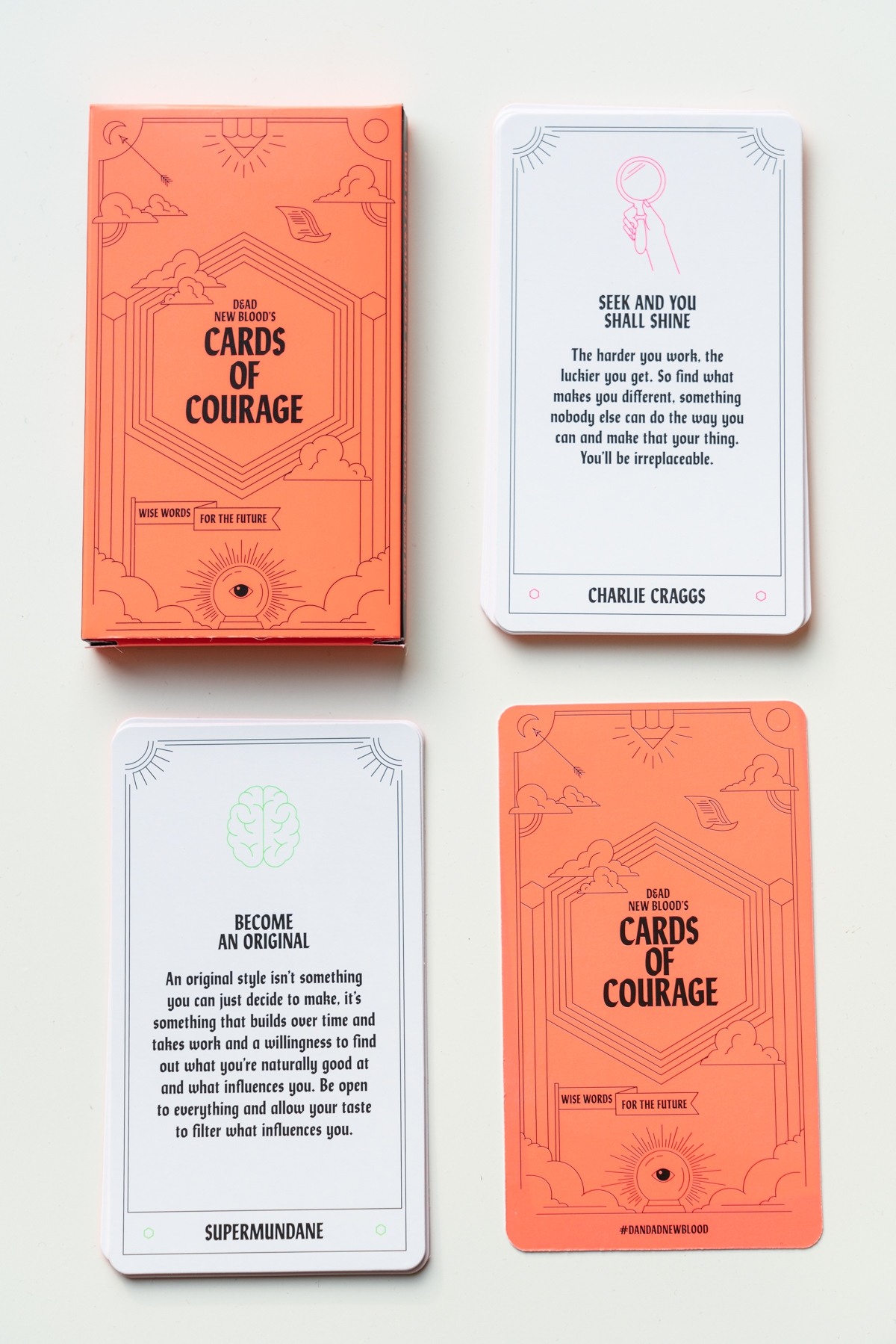 “Perpetuating perfection only ups the pressure to be perfect,” Ling told CR. “As you graduate, it’s natural to compare yourself to your peers and those who’ve gone before, damaging as this can be. But if we could normalise the ups and downs, maybe we wouldn’t all be so wracked with doubt and left feeling like failures. For this project, that means getting the industry folk our next generation consider as this vision of success to talk frankly about the struggles they’ve faced, and debunk as many myths as we could.”