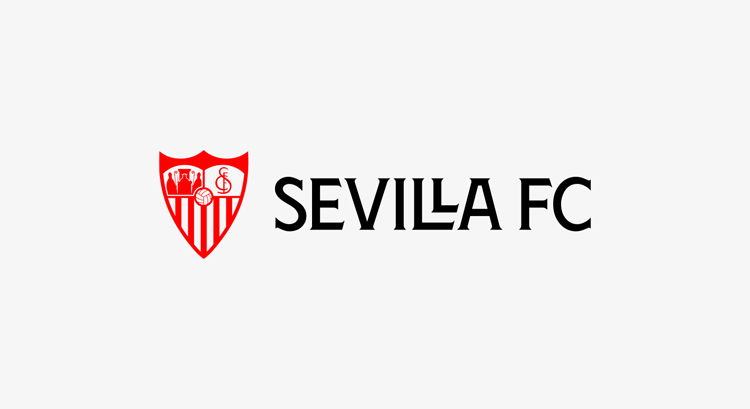 The work, which was in development for eight months, also includes an updated strategy as the team looks to amplify its international reputation, according to Summa.

Sevilla FC was founded in 1890 and is based in Seville itself, the largest city in the Andalusia region of southern Spain.

In 2020, the team beat Inter Milan in the final of the UEFA Europa League, a competition it has now won six times – more than any other team.

Strengthening ties between the club and the city

The team’s continued success was the motivation for the new branding, Summa says. The project aims to “give a new impetus in the achievement of its business and sports objectives, both nationally and internationally”, the studio adds.

According to the design studio, the new identity aims to “strengthen ties between the city of Seville and the Sevilla FC fans” while also lending the team a sense of modernity for future generations of football fans.

The design process involved a deep dive into the club culture, not only including its fans and players but also the “Sevillian character” itself. This exploration brings a “modernity capable of connecting with the new generations and expanding its horizon beyond football,” Summa adds.

Visuals have been found in the city’s “rich imagery” such as the shields that adorn the buildings and the tiles that frame the streets.

The city is noted for its historic architecture, with centrepieces like the gothic royal palace Alcázar and the Triana neighbourhood with its pottery and flamenco culture. These details have influenced the identity’s frames, textures, icons and illustrations, according to Summa.

“A bridge between folklore and football”

The restyled crest appears only in red and white, as opposed to the classic, multi-coloured version.

It also follows a flat design trend, widely seen in car identities and most recently in Burger King’s rebrand. A shaded-in white crest appears as the logo throughout the identity.

Montecatini has been used as the typeface which “acts as a bridge between folklore and football”, the studio says.

The distinctive typeface appears on the redesigned kits as well as all forms of communication, including social media and business cards.

The updated colour palette incorporates “Seville Red” and “Flag Red”; the second shade being a nod to the city’s flag.

Summa created a modular system to tie all these visual assets together, which allows for the team to adapt its identity to communication going forward. This system was inspired by the “compositions and hierarchies of the classic fair posters” found around Seville, the studio says.

What do you think of Sevilla FC’s identity? Let us know in the comments below.