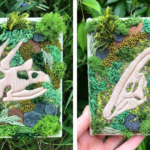 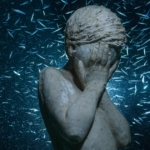 Almost a year after releasing his wildly popular footage of muppet-like insects, Dr. Adrian Smith is back with another montage in incredibly slow motion. This similarly spectacular follow-up—which is shot at 6,000 frames per second with a macro lens—documents the unique flight maneuvers of seven moth species as they slowly lift into the air. Capturing both graceful wing movements and ungainly leg flailing, Smith records rare glimpses of the yellow underbelly of the Virginian tiger moth, the spiky mohawk of the white-dotted prominent, and the beautiful wood-nymph’s habit of scattering microscopic scales all with extraordinary detail. For more close-ups of moths, beetles, and other insects, head to Smith’s YouTube. (via The Kids Should See This)

The First Underwater Museum in the Mediterranean Opens in Cyprus