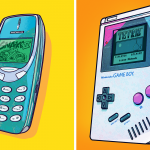 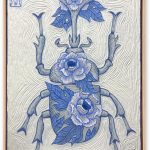 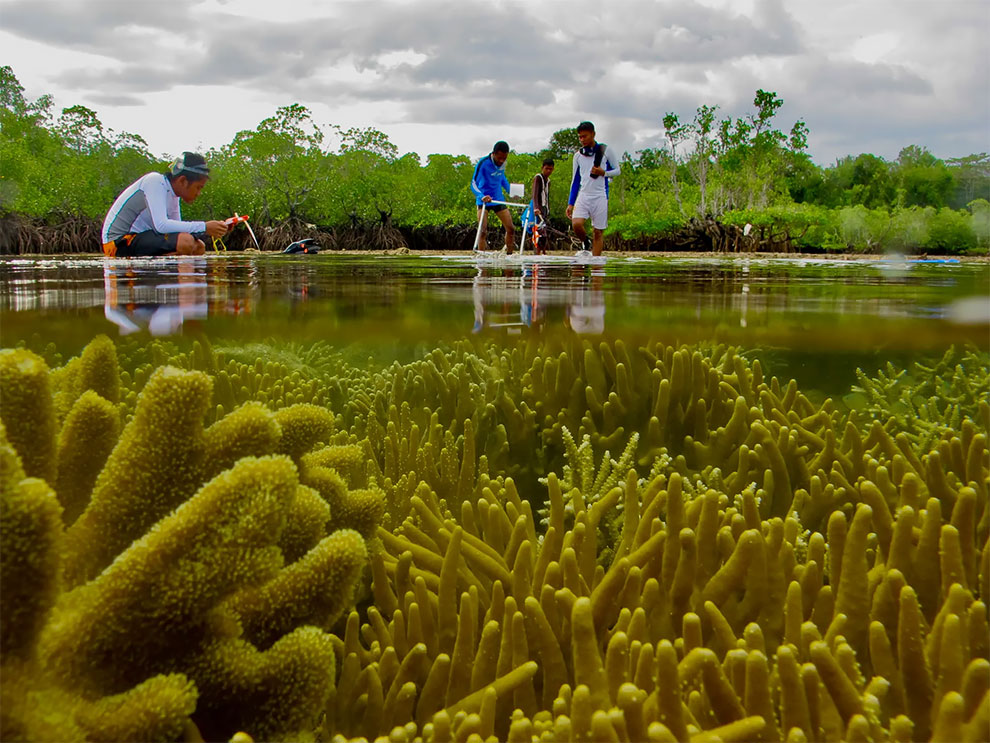 From a close-up crocodile to a crab fishing in a cave and a lizard navigating plastic waste, here is a look at the winning images, runners-up and some commended entries in the Mangrove Photography Awards, run by the Mangrove Action Project.

Mangroves and wildlife – winner. Take off by Jayakumar MN, UAE 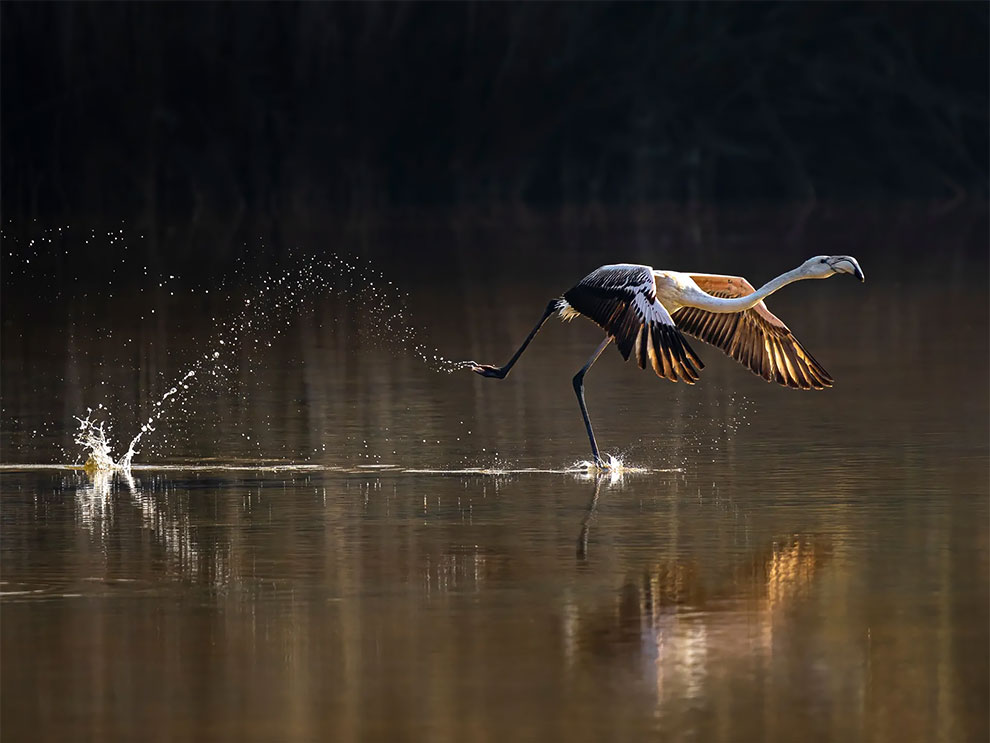 A greater flamingo (Phoenicopterus roseus) takes off on a migration journey across Asia, and will most likely return to the same coastal wetlands in the winter months. “It was feeding with its head in the water, before flying off into the morning light.” 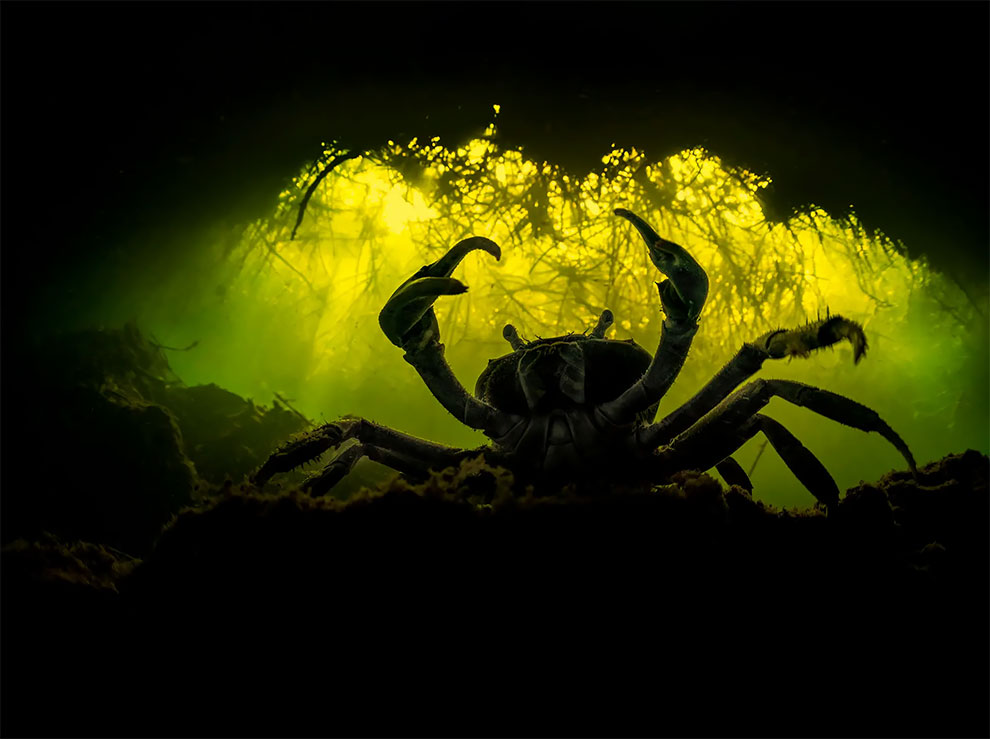 The mysteries of a rarely seen natural environment. A blue crab (Callinectes sapidus) fishing in a unique transition between fresh and salt water in the Mexican cenotes. “During an exploration dive through the dark, flooded caves, I came across this proudly standing crab silhouetted against the mangrove roots above.” 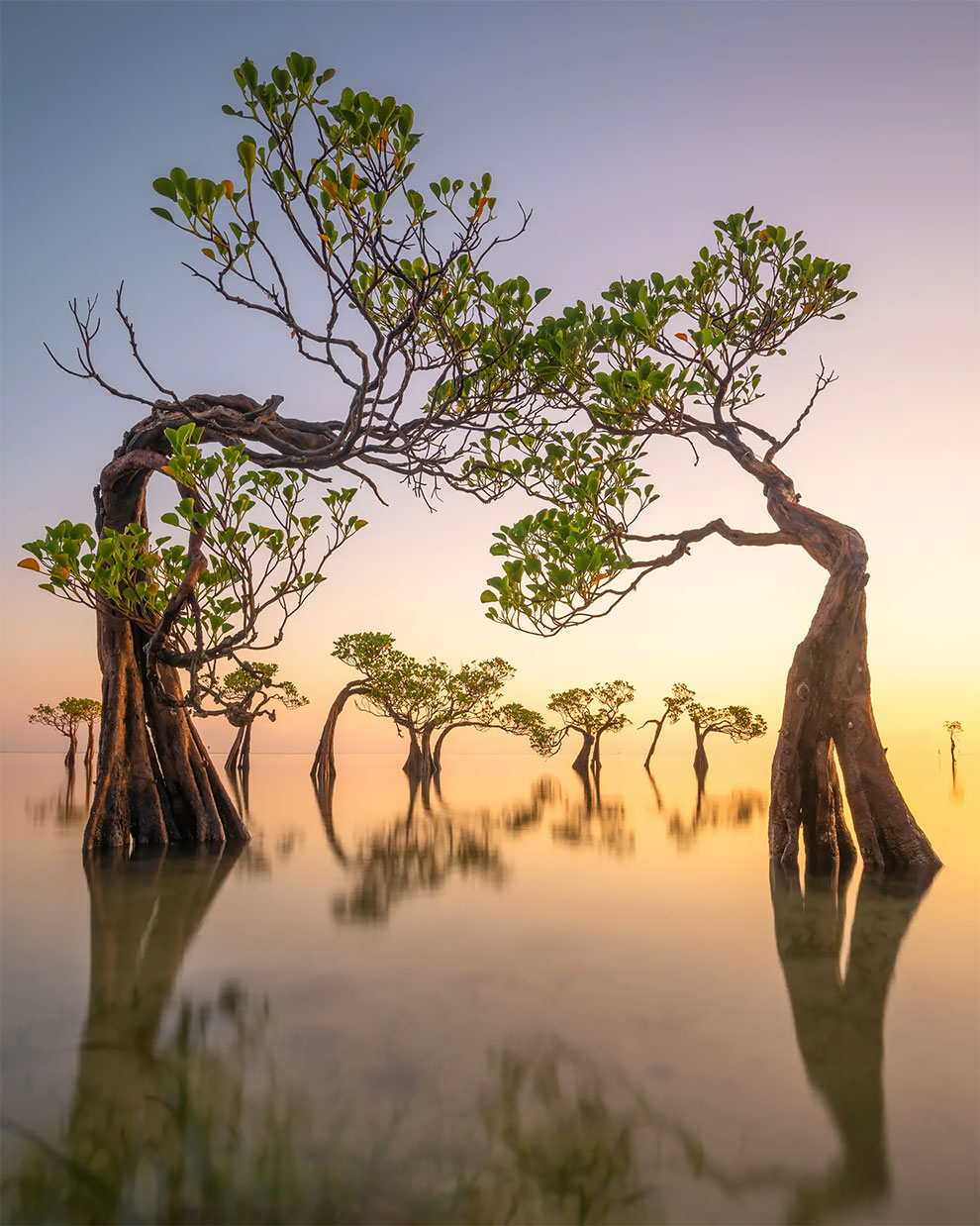 The sun rises along the peaceful beaches of East Sumba in Indonesia. “I wanted to capture the beauty and fragility of this unique wonder. We need to protect and visit places like this with great care, so future generations can also enjoy them.” 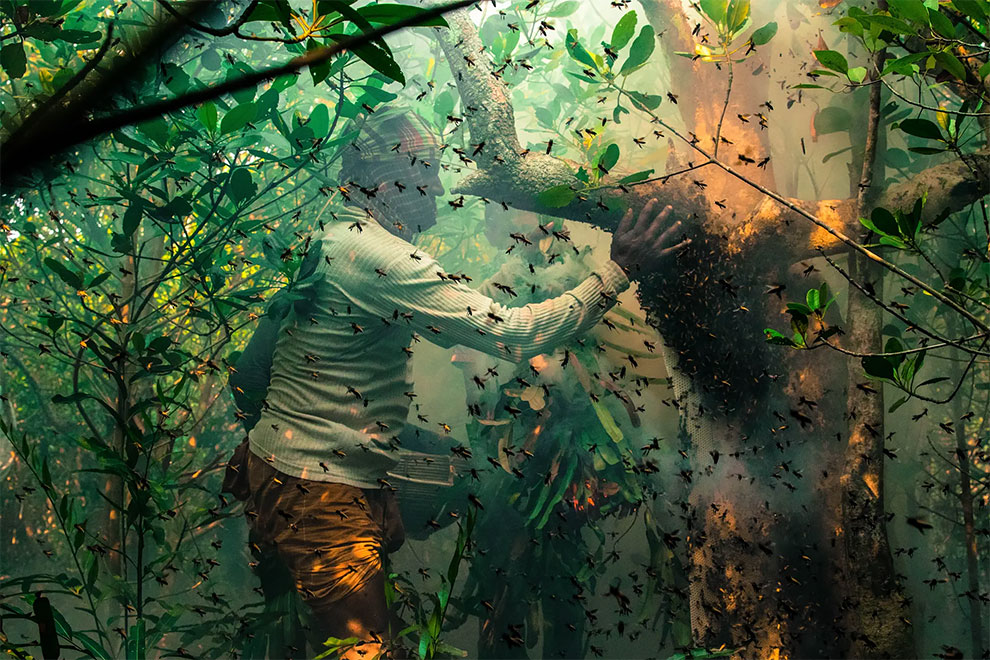 Traditional honey collectors break a honeycomb to get honey in Sundarbans, a Unesco world heritage site and a wildlife sanctuary in Bangladesh. As they move about in search of beehives in the wild, honey collectors run the risk of meeting a deadly foe, the royal Bengal tiger. Recent human development in the area and the climate crisis, in particular the rise in sea levels, are threatening the ecology of the Sundarbans and with it, the way of life of the Moulis people. 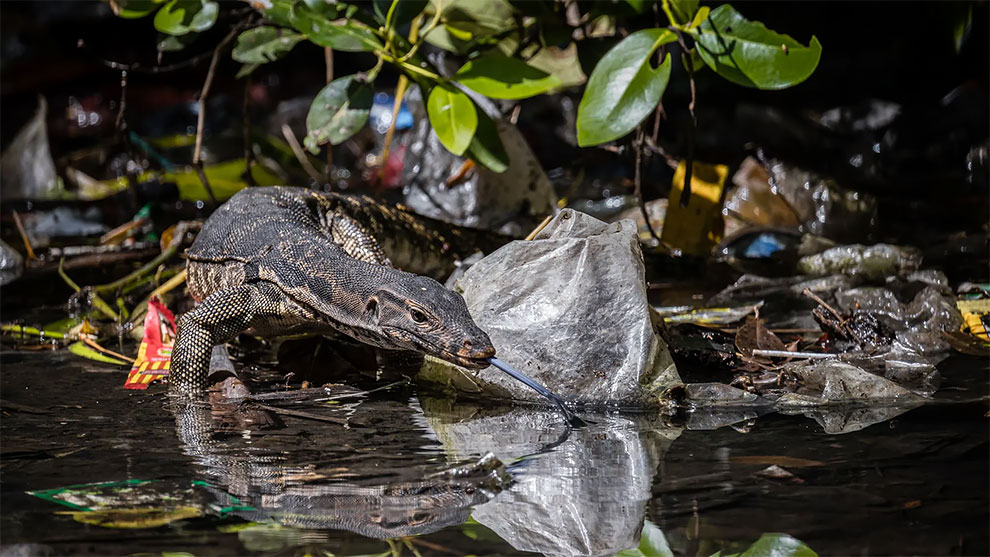 A water monitor lizard (Varanus salvator) struggles along the plastic-filled forest floor foraging for food. “More and more plastic fills our mangrove forests and it’s affecting our wildlife that call it home.” 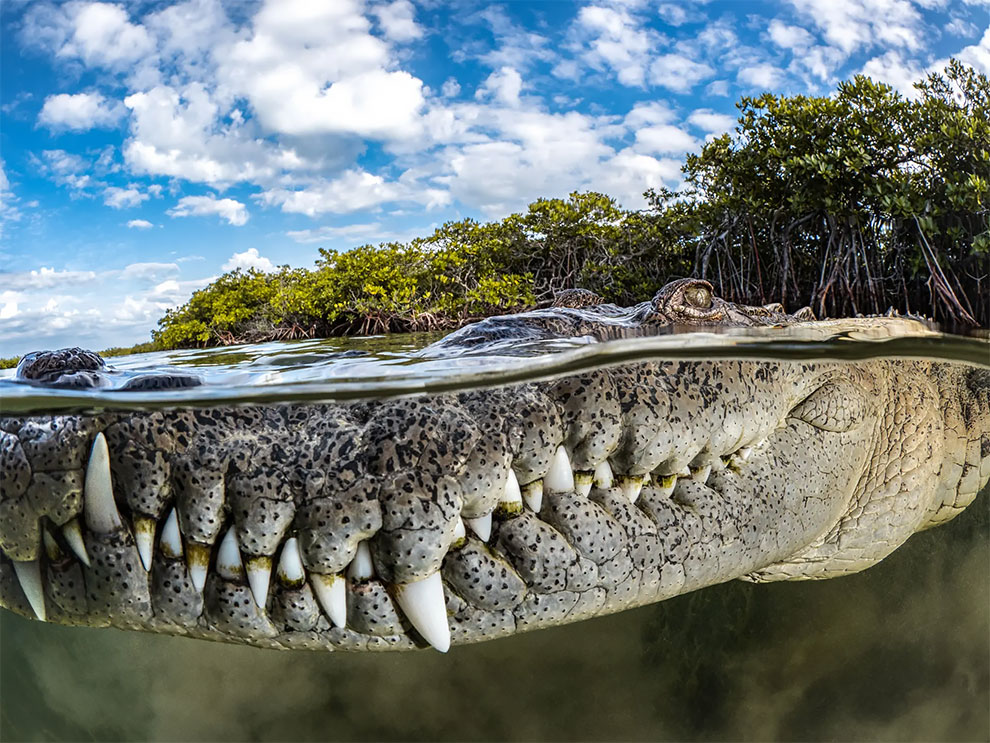 A curious American crocodile (Crocodylus acutus) swims up to the photographer at Gardens of the Queen (Jardines de la Reina), an archipelago off the coast of Cuba. It has been strictly protected since 1996 and is one of the most untouched marine ecosystems in the world. ‍ “The healthy population of American crocodiles is down to the pristine condition of the mangroves and I wanted to capture close-ups of this gentle giant in its natural habitat. I hope this image can illustrate that protecting areas like this is so critical.” 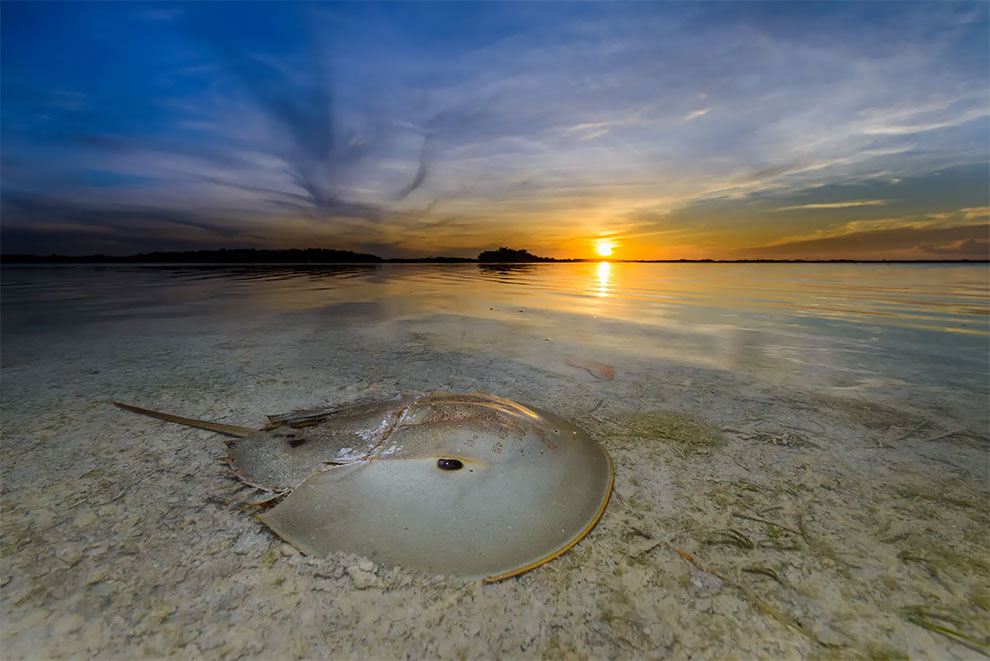 An Atlantic horseshoe crab (Limulus polyphemus) in the mangroves of Ria Lagartos nature reserve, Yucatán. Females can lay up to 20,000 eggs in one night playing an important role in providing nutrient-rich eggs to migratory birds. 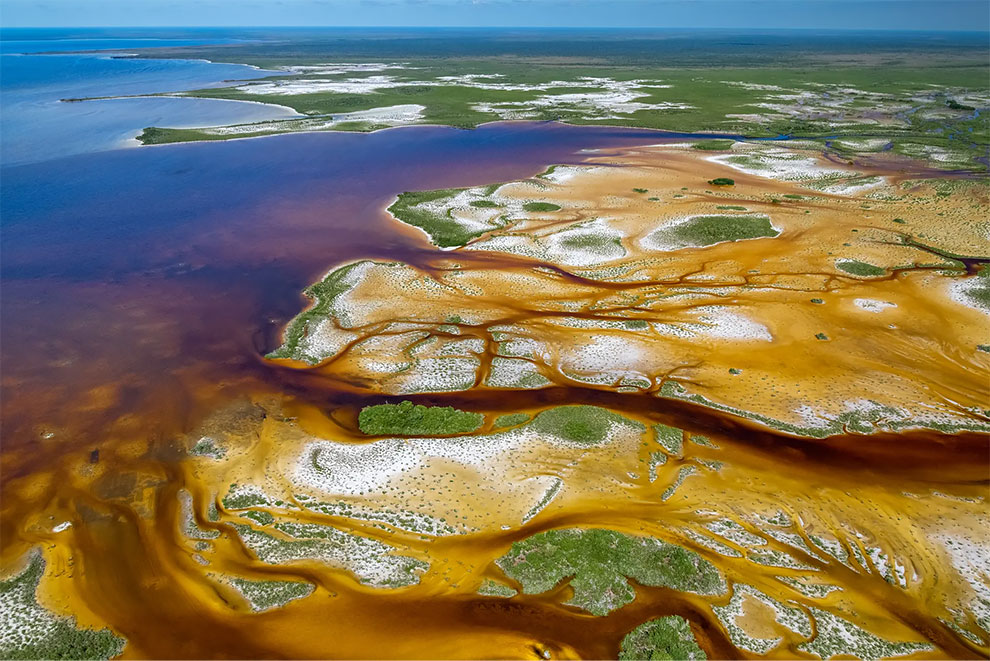 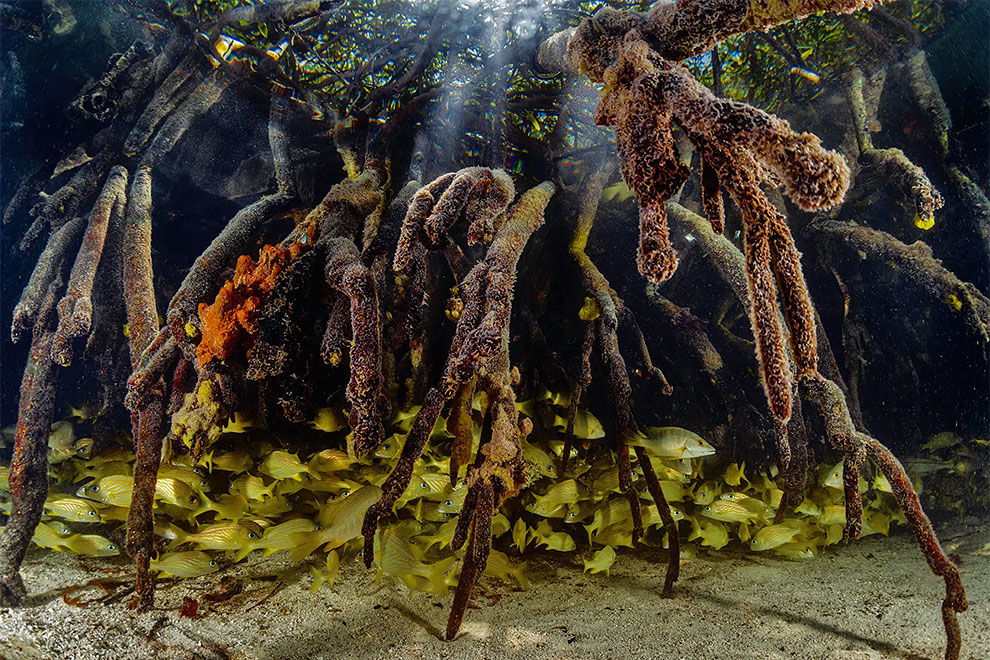 A school of juvenile french grunts (Haemulon flavolineatum) using the roots of the mangroves as a nursery before moving on to the reefs of the Caribbean islands.

Mangroves and humans – highly commended. There is Hope in the Trash by Rodrigo Silva Campanario, Brazil 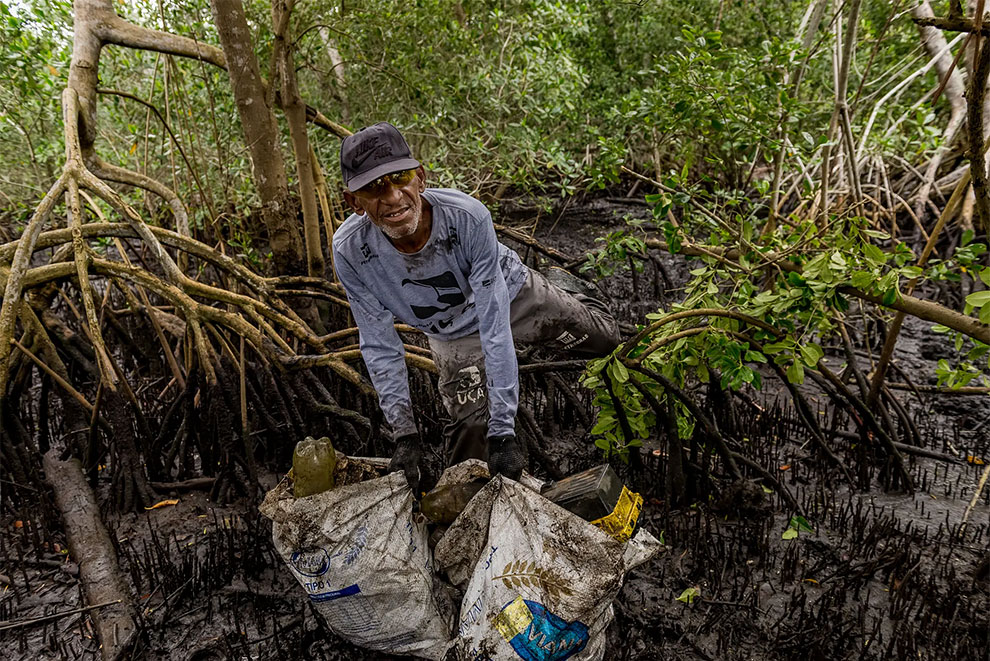 A fisher, Paulo Silva, collects waste from the mangroves in the Bay of Guanabara. The NGO Guardians of the Sea has helped to clear more than 11 tons of rubbish from these coastal forests. 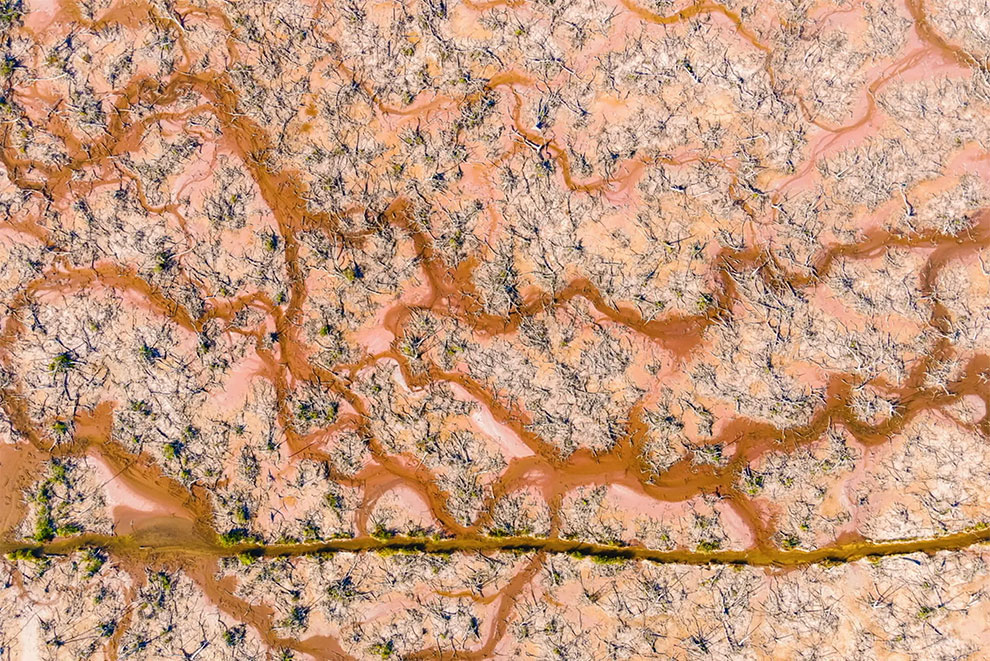 Devastation of mangroves from above. Once full of life, the mangroves of the Yucatán in Mexico were destroyed by a passing hurricane. 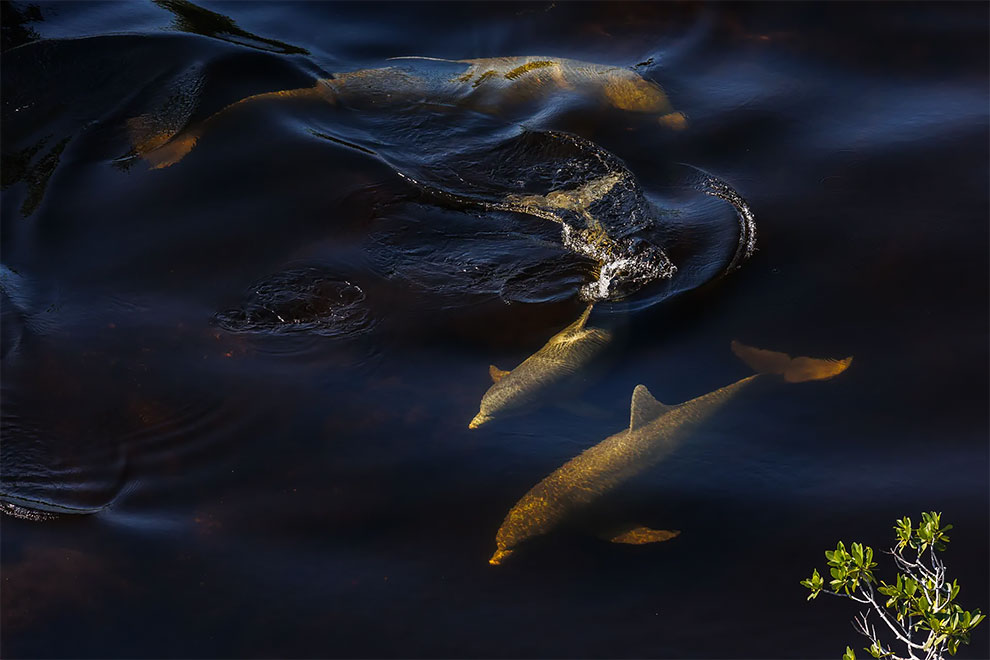 A pod of bottlenose dolphins forage in the mangrove-lined creeks of Shark River Slough in the southern Everglades, Florida. 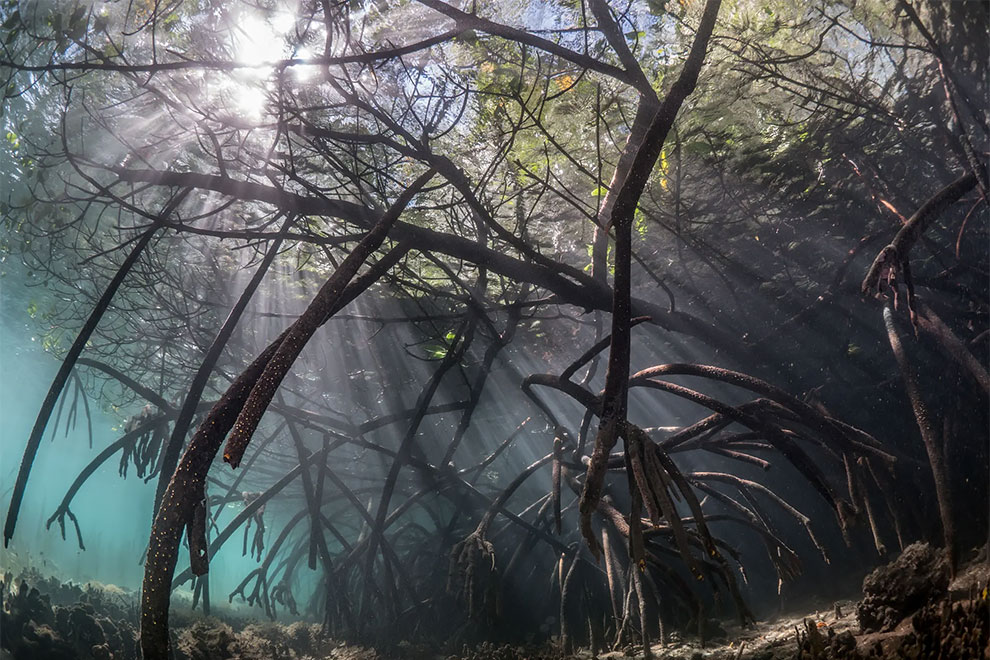 The light, angles and shapes of a mangrove forest underwater. 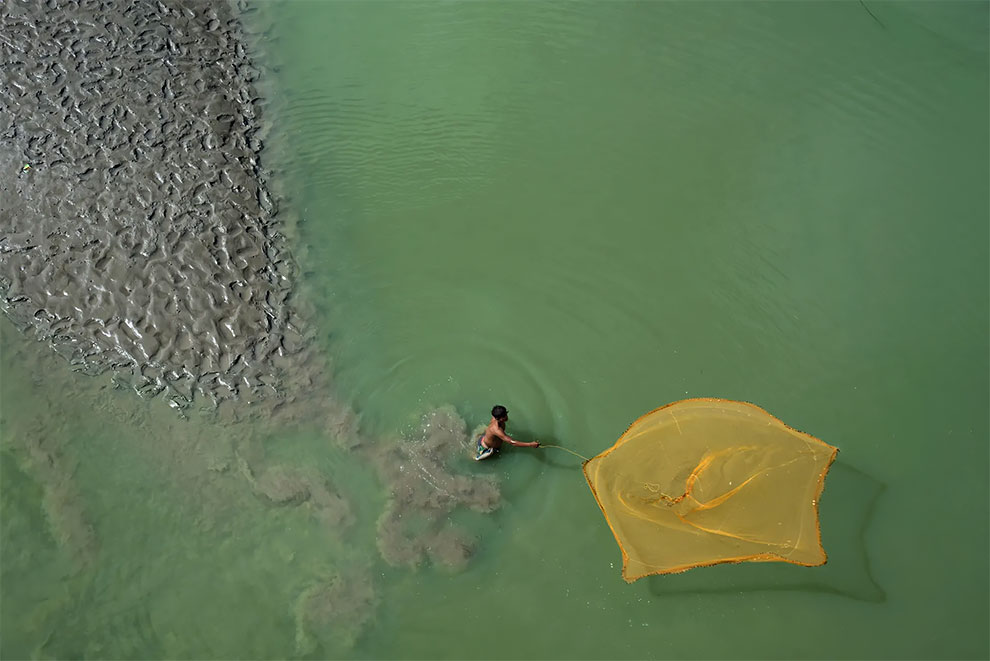 A fisher casts his net in the River Matla in Canning during low tide. About 600,000 people are dependent in various ways on the Sundarbans’ resources, such as fish, crabs, honey, and nipa palm, or golpata (Nypa fruticans), for their livelihood. 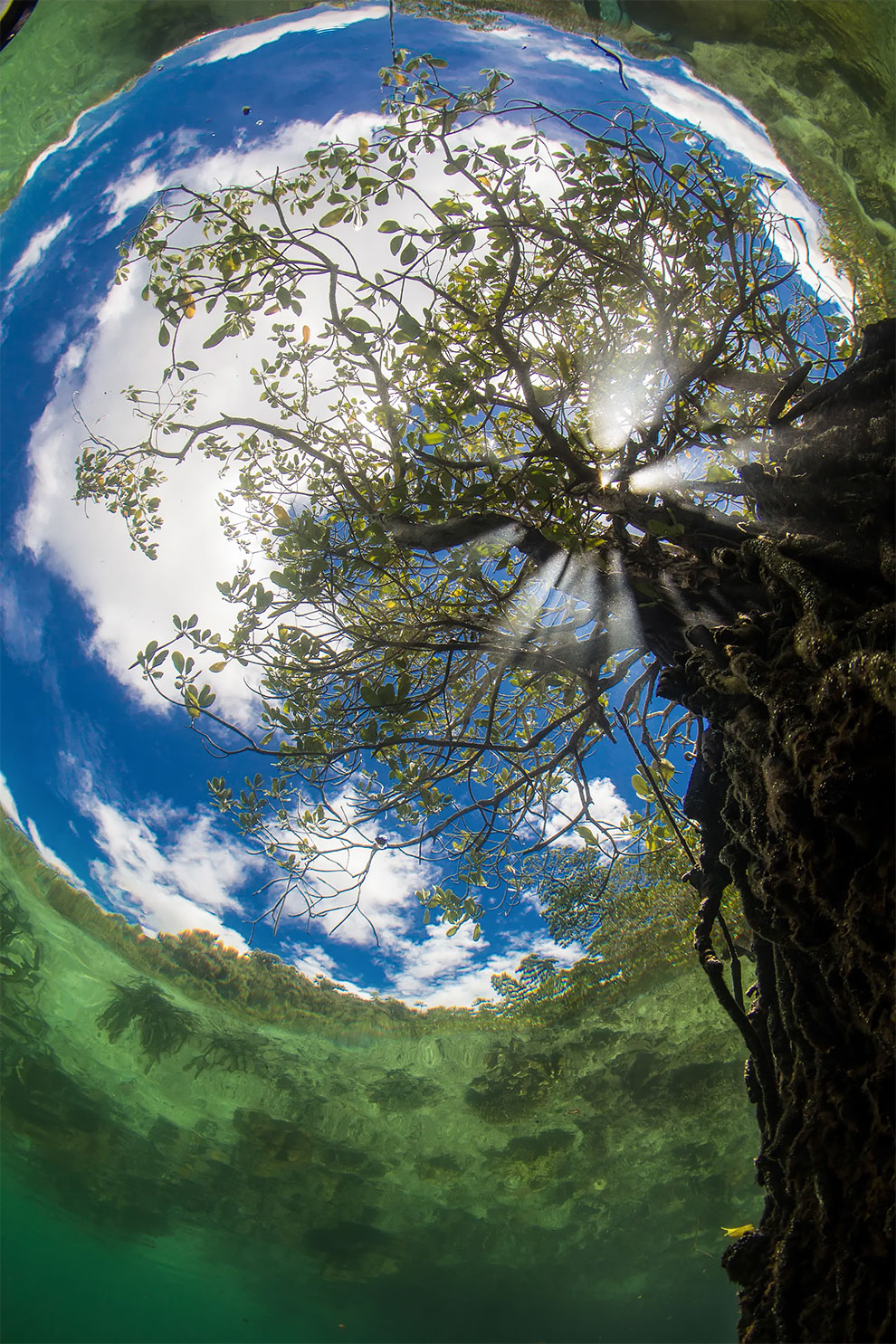 A little world of its own. A lonely mangrove tree growing in the shallow waters of a lagoon in Raja Ampat, Indonesia. Corals growing around can be seen in the reflection (green area). 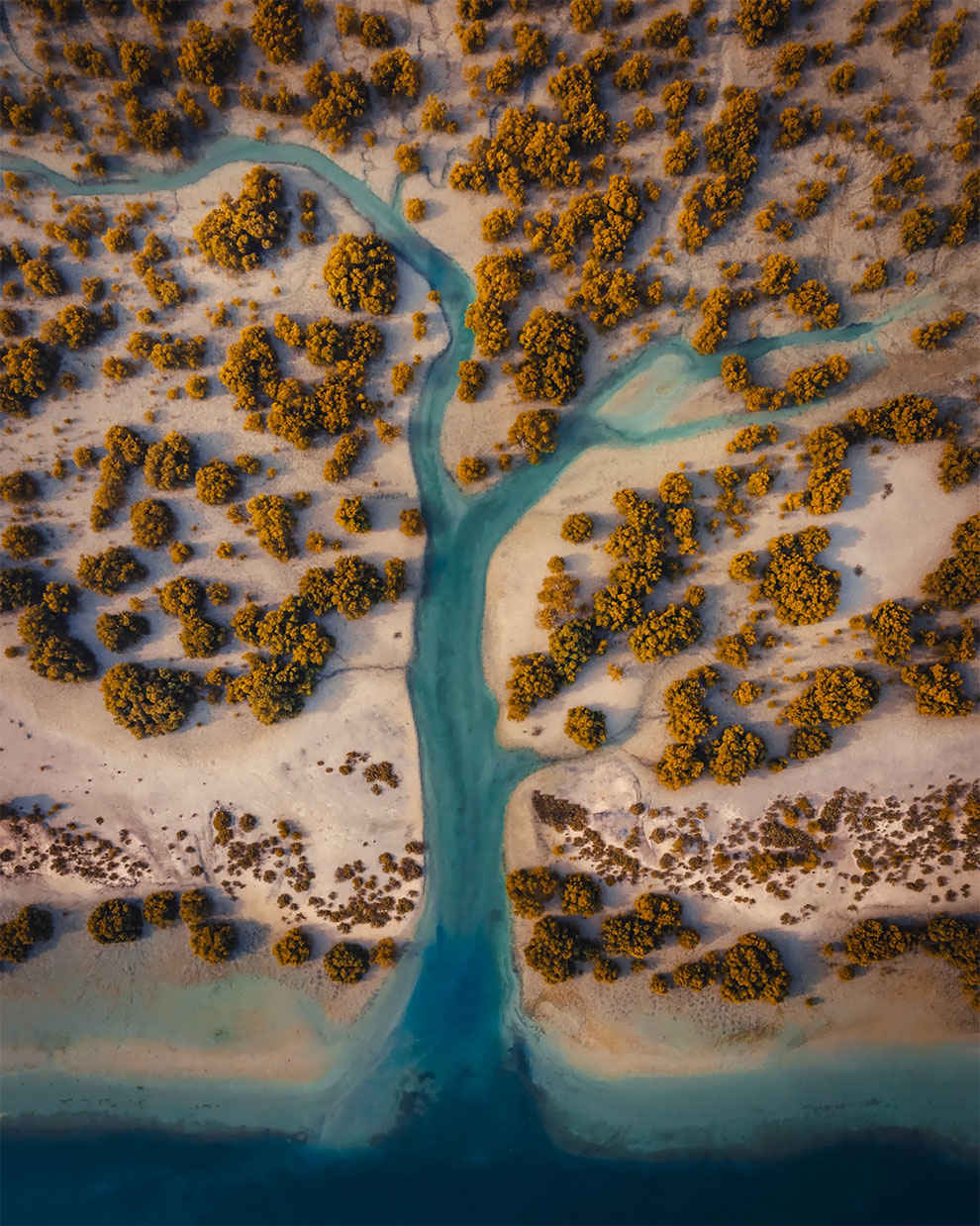 Most of the mangroves found along UAE’s coastline, are found in Abu Dhabi, acting as a “green lung” for the city. Patterns resembling a tree-like structure was spotted in the mangroves.