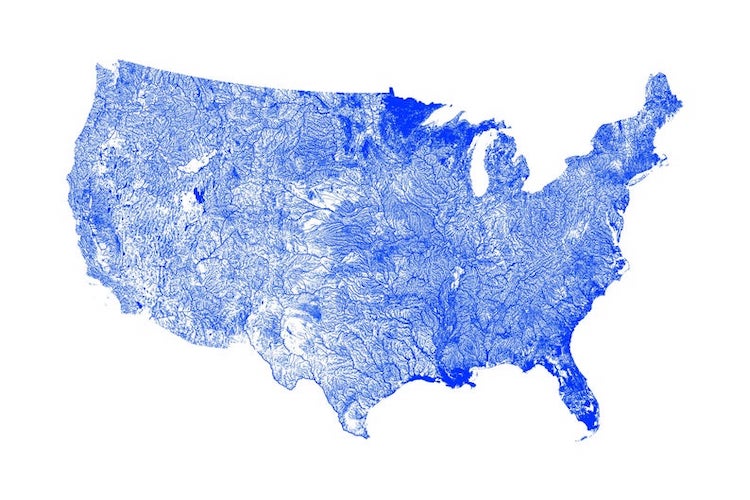 This post may contain affiliate links. If you make a purchase, My Modern Met may earn an affiliate commission. Please read our disclosure for more info.

Inspired by the world of exploration that maps unlock, designer Michael Toth creates stunning data visualizations through his company Artful Data. Particularly impactful are his waterway maps, which use thousands of rivers to sculpt minimalist maps of the United States. By deeply exploring the geography of America, Toth is able to provide the public with a new perspective on the country.

Each river map is the result of weeks of work, which begins with the manipulation of a large set of data pertaining to all the rivers in the United States. Using a programming language, Toth is able to manipulate the information to render the final image. The results are artistic maps of the entire country, as well as individual states.

The most intriguing part of the data visualizations is that they demonstrate just how much the character of these waterways define the environment and make it instantly recognizable. It’s a lesson that Toth also learned throughout the creative process. “My waterbody maps have helped me to understand on a much deeper level how geography can affect the character of a place,” he shares with My Modern Met.

In particular, two examples stuck with the designer. In the northeastern part of America, the map clearly shows the rivers coursing through Pennsylvania and West Virginia as they follow the valleys of the Appalachian Mountains. This was particularly striking to Toth, as it’s a visual sign of a geographical connection between two areas that are “remote from the rest of the country culturally.”

The second area that intrigued Toth isn’t a waterway, but a dry line that runs from “West Texas north through Oklahoma and Kansas where the rain shadow of the Rocky Mountains meets the wetter areas surrounding the Gulf of Mexico.” He notes that this line, which represents dry desert air meeting wet tropical air, is what leads to the dust storms and tornados the area is known for.

Toth’s river maps are all available as prints via Artful Data, where it’s also possible to customize the color of your map.

Artful Data offers a beautiful minimalist map of the United States created from its rivers. 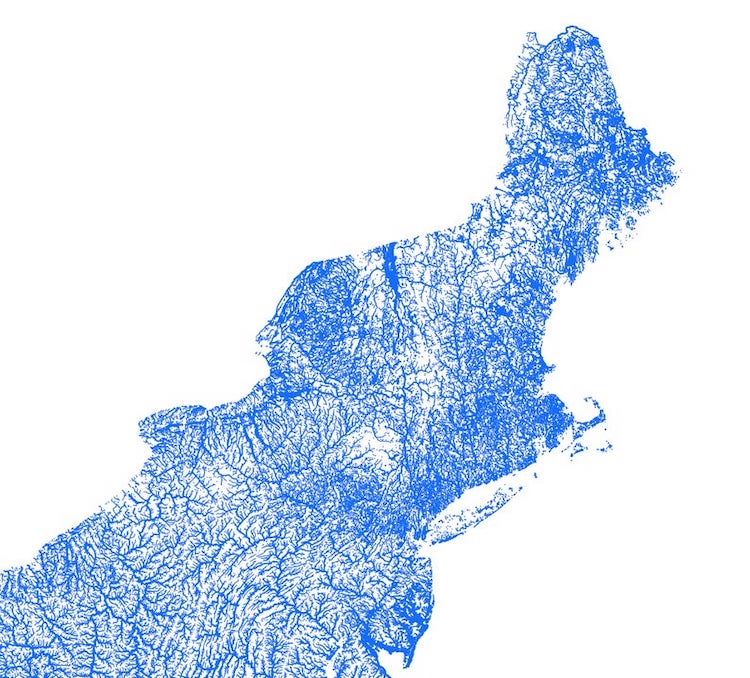 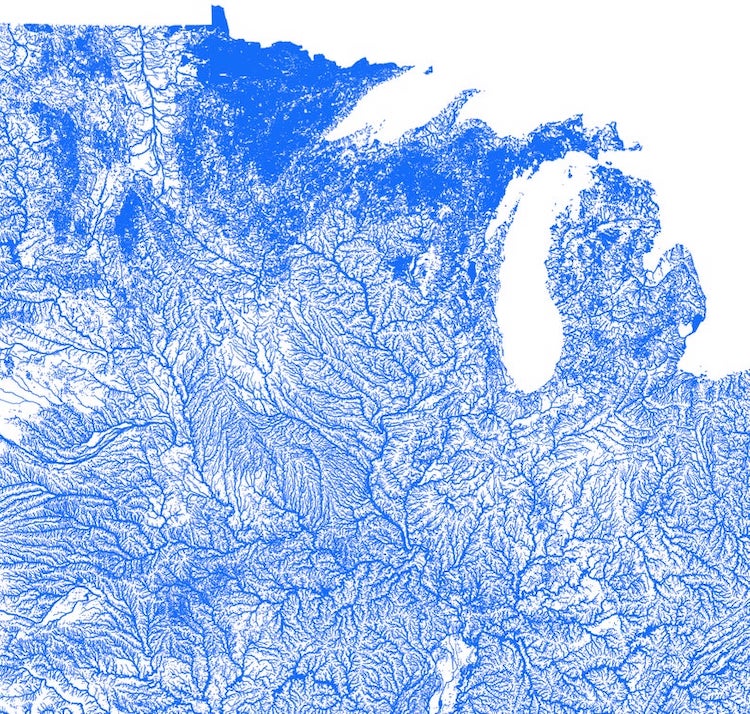 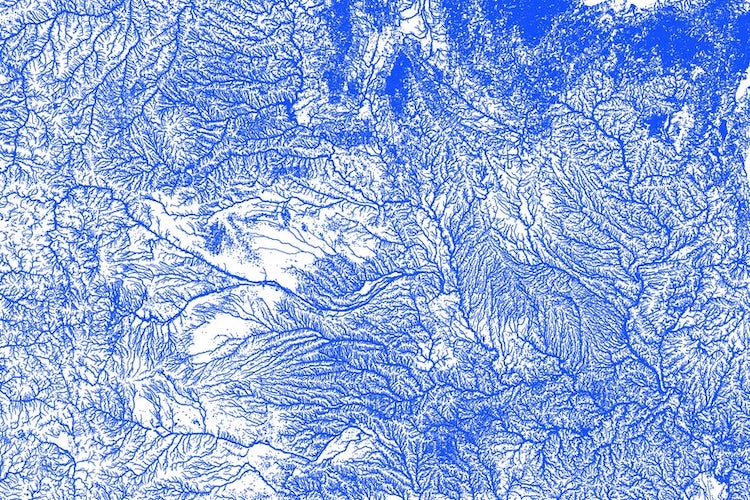 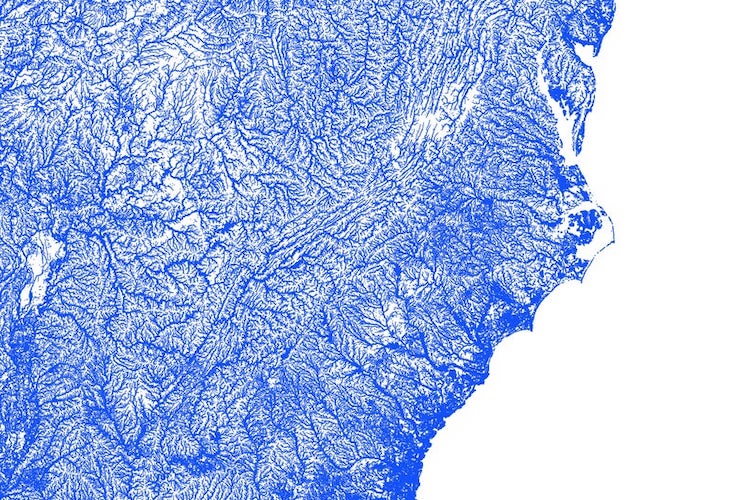 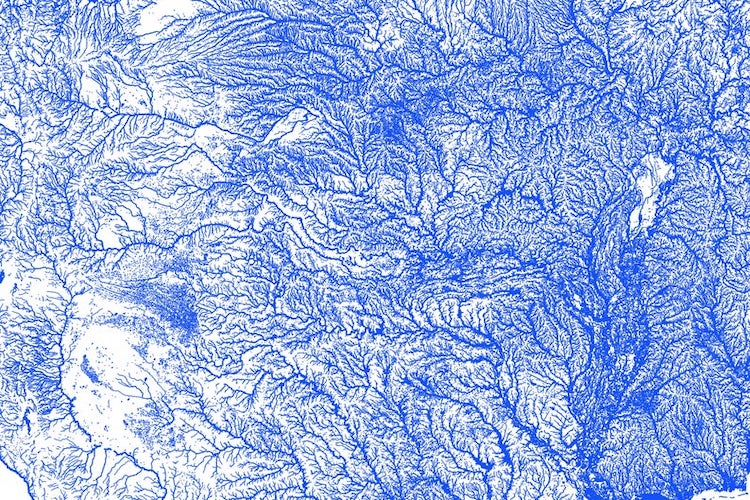 There are also 48 maps showing the details of waterways in individual states. 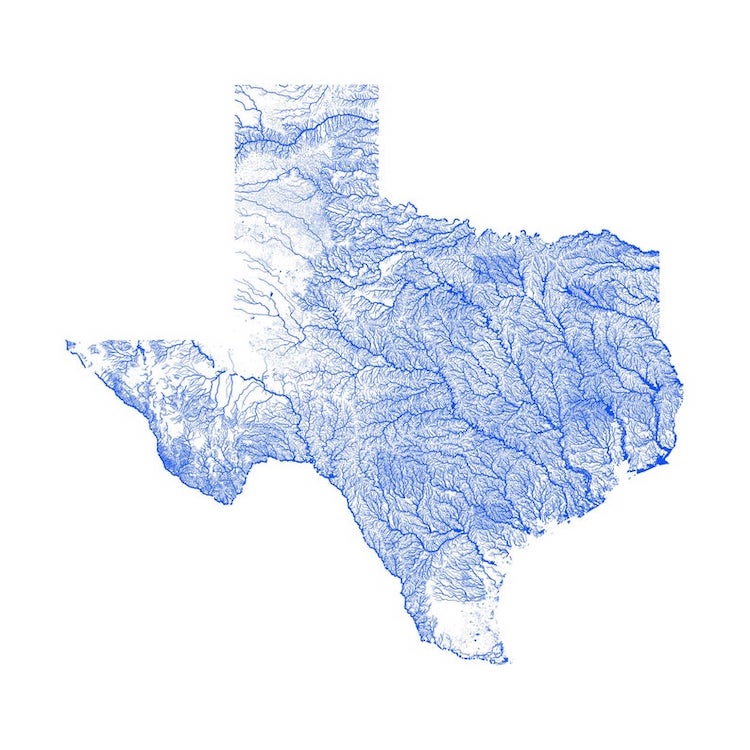 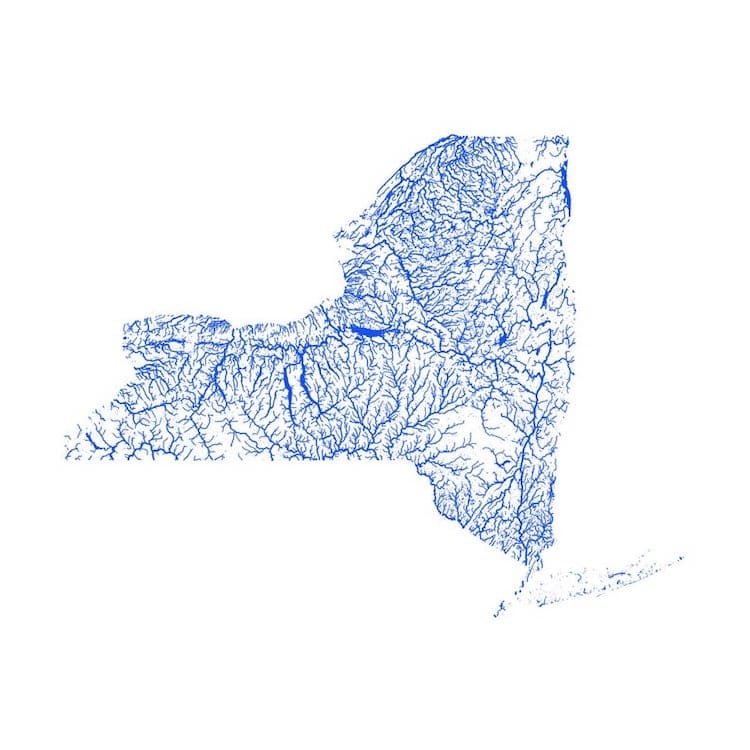 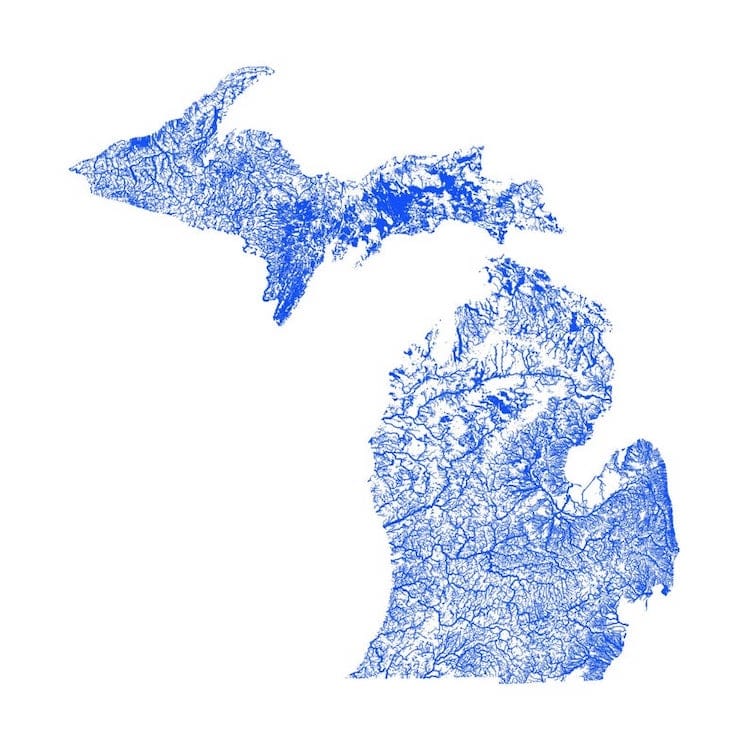 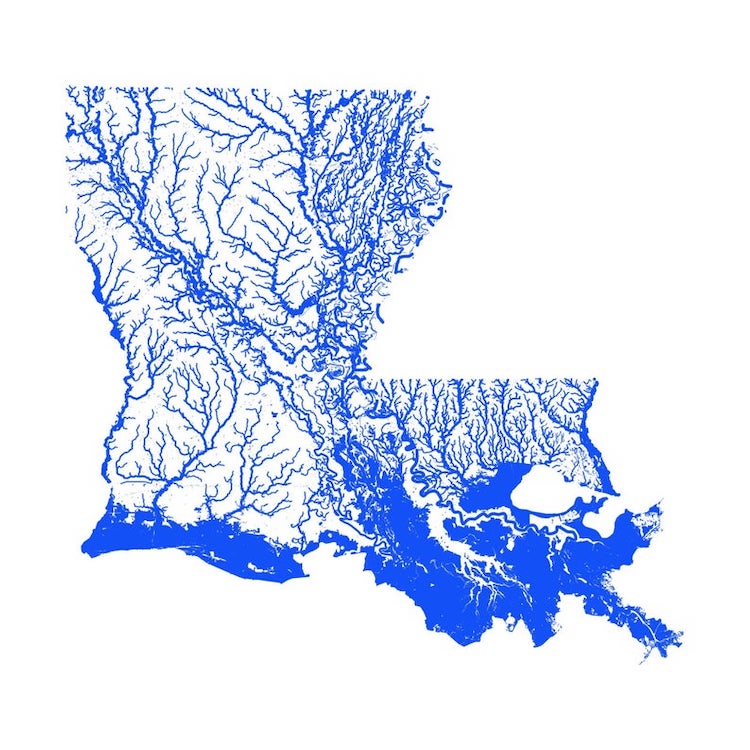