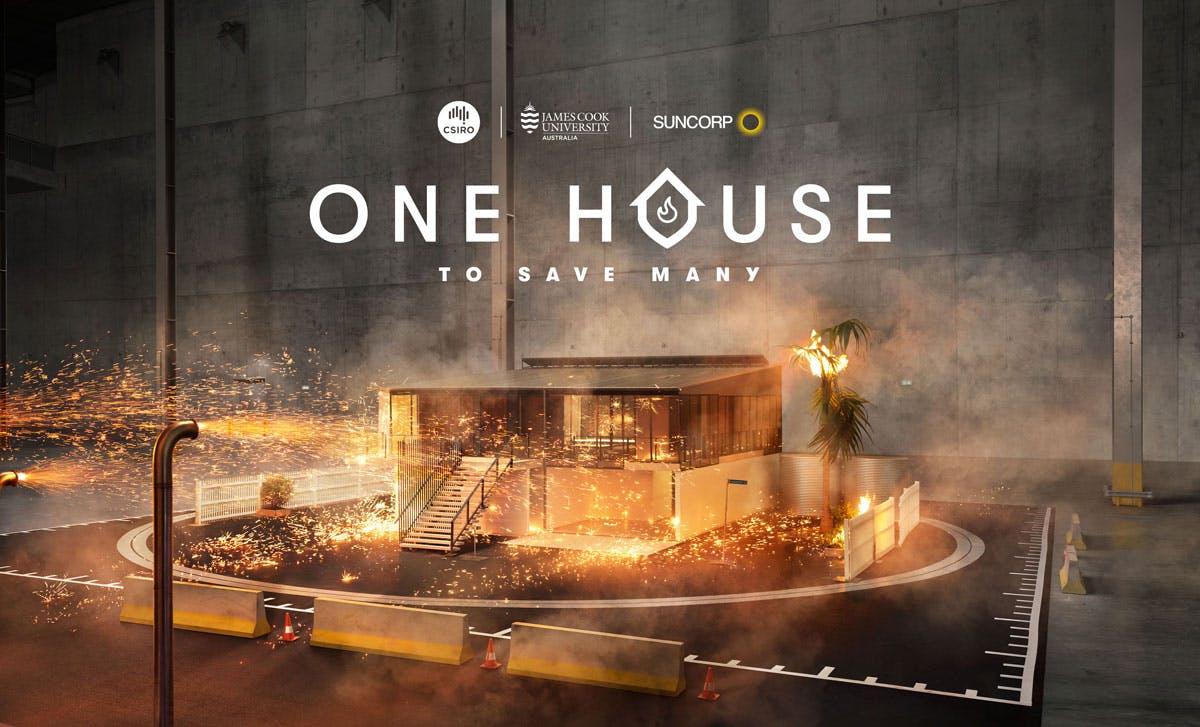 While natural disasters have long been a sticking point when it comes to getting insurance in countries around the world, providers in Australia are beginning to approach things differently. Last year, the CR Annual featured NRMA Insurance’s Safety Hub, a loyalty app that rewards customers for being proactive about safety.

As one of Australia’s largest insurers, Suncorp is tackling the problem of home resilience head on with its new policy, Built it Back Better, which means that if a policy holder’s home is substantially damaged, they will rebuild it with recommended resilience options in addition to the sum insured.

Coinciding with the launch of the policy, the company’s new campaign One House to Save Many aims to raise awareness about the importance of resilience with a prototype home that is designed to withstand and survive catastrophic weather conditions.

Created by Leo Burnett in collaboration with The Glue Society, and featuring input from James Cook University, the CSIRO and Room 11 Architects, One House is engineered to be more capable of withstanding fires, floods, cyclones, and more.

The campaign has been brought to life through a documentary, a variety of films and informational content, and an online experience that allows people to explore innovative building features and see ways of integrating them into their own homes.

“This has been a project nearly two years in the making – and in asking the question if a house could be designed to tackle the extremes of weather, we discovered that the knowledge and expertise exists to solve this very real problem right now,” says The Glue Society director, Jonathan Kneebone.

“We are excited to see how the solutions presented may provoke positive change – and continue to tell this vital story.”