Select your Top Menu from wp menus
Art And Craft
2019-04-15
Miif Plus
Home
Craft
The Art of Joaquín Sorolla, a Pioneer of Spanish Impressionism 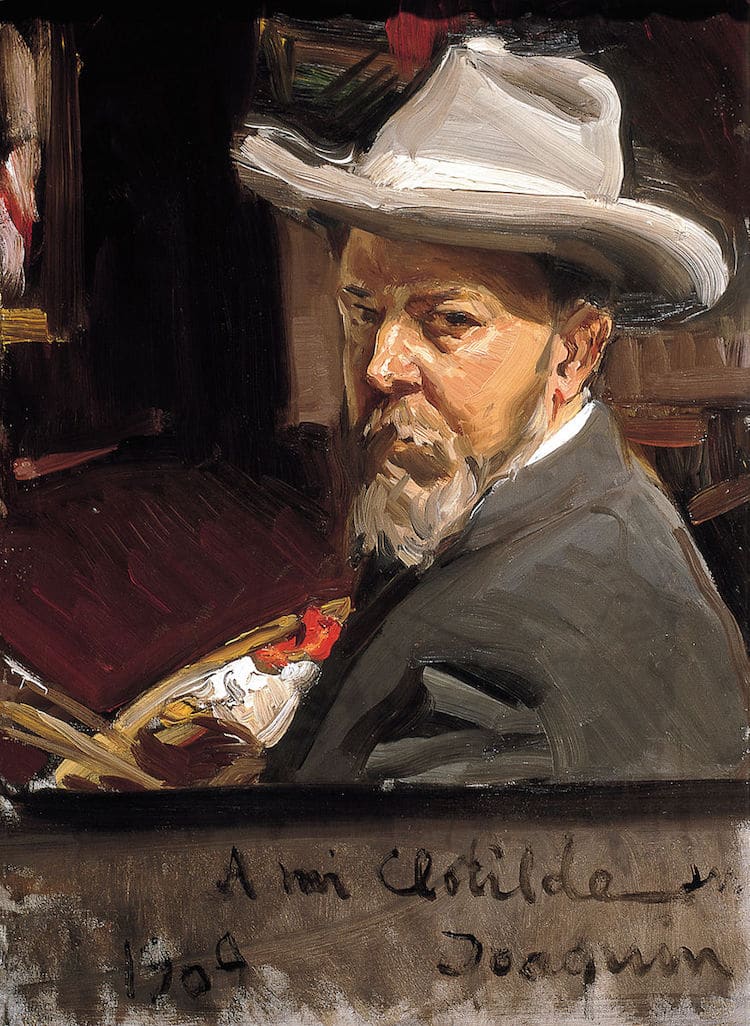 As the catalyst of modern art, Impressionism has evolved into one of the most influential art movements in history. Pioneered by Paris-based painters in the late 19th century, Impressionism has inspired countless artists over the last 150 years. While many of these figures lived and worked in France, Joaquín Sorolla brought the movement to Spain, where his luminous work earned him the title “Master of Light.”

In 1863, Joaquín Sorolla y Bastida was born in Valencia, a port city on the east coast of Spain. As a child, he exhibited an interest in art. His aunt and uncle—his legal guardians following the deaths of his parents when he was just two years old—fostered this passion by enrolling Sorolla in art school when he was just 9 years old.

As a teenager and young adult, Sorolla traveled as a means to improve his practice. When he was 18, he observed the masterworks in museums across Spain. In his early twenties, he studied painting in Rome, and then, in 1885, he went to Paris, where he first experienced modern art. 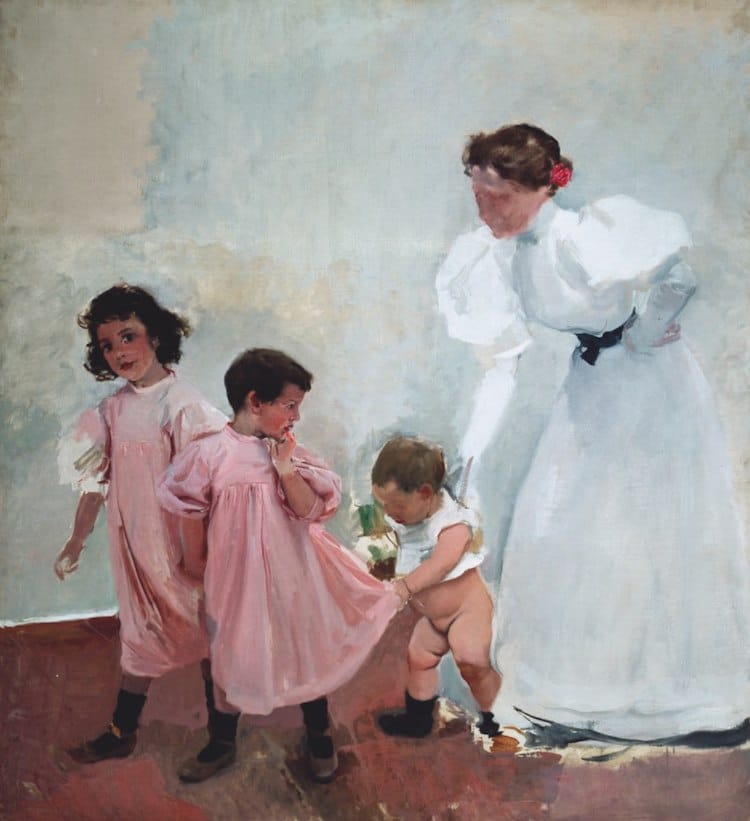 While Sorolla’s work eventually incorporated important elements of modernism, he was ultimately unimpressed with what he saw in Paris. “When an artist begins to count strokes instead of regarding nature, he is lost,” Sorolla said. “This preoccupation with technique, at the expense of truth and sincerity, is the principal fault I find in much of the work of modern painters.”

A few years after his stint in France, Sorolla returned to Spain to marry his partner, Clotilde García del Castillo. By the mid-1890s, Sorolla, his wife, and their three young children relocated to Madrid, where the artist experienced his first big break.

Early Career as a Painter

In 1892, Sorolla debuted his painting, ¡Otra Margarita! or Another Marguerite! This painting stars a wary woman sitting on a third-class train car flanked by two guards. As “Margarita” was also a slang term for a prostitute in Valencia, it is believed that this figure (who Sorolla painted from life) was arrested for soliciting—though the exact narrative is not known. 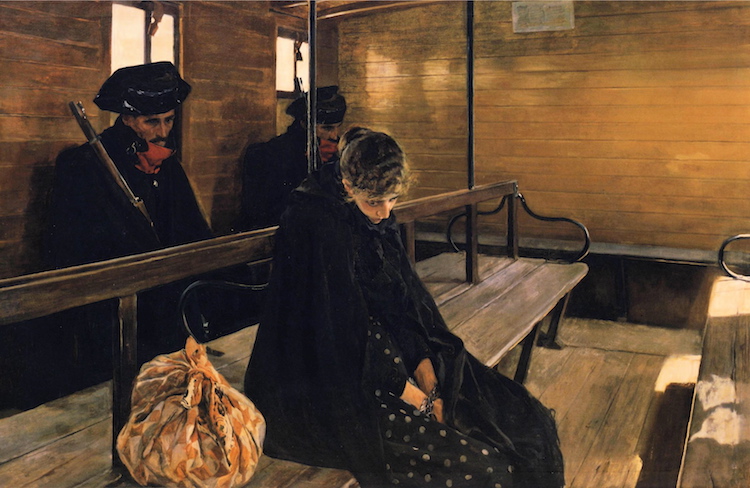 Another Marguerite! garnered two awards for Sorolla: a gold medal at the National Exhibition in Madrid and first prize at the World’s Fair in Chicago. While this piece put Sorolla’s name on the map, its style—characterized by a dark color palette and minute brushwork—looks drastically different from that of his later work. However, Another Marguerite features one characteristic that would eventually define Sorolla’s practice: an “almost theatrical” use of light. 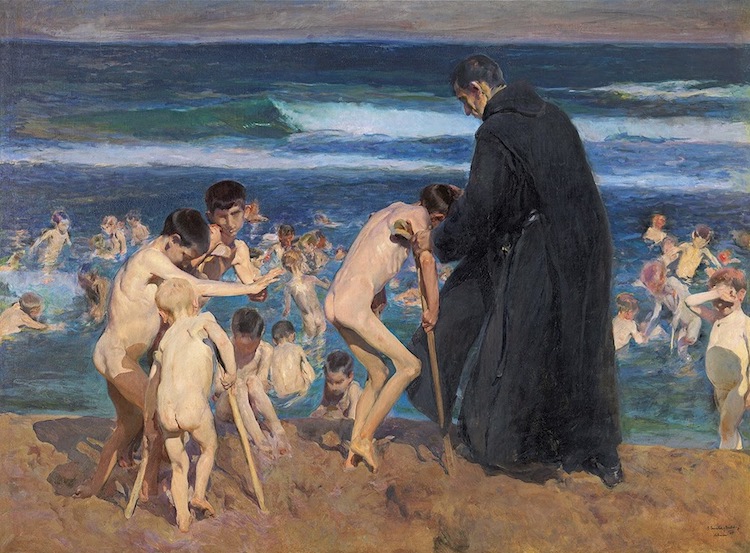 Sorolla further explored this approach to light in 1899 when he completed Sad Inheritance. This large-scale painting poignantly depicts a group of disabled children playing on the beach in Valencia under the watchful eye of a monk. Rendered in luminous hues, composed of loose brushstrokes, and set in Sorolla’s local landscape, this piece laid the groundwork for the artist’s later works—and his subsequent rise to fame.

“Sad Inheritance established Sorolla’s reputation in Paris and secured his status on the international scene,” Madrid’s Museo del Prado explains. “The impact of this work, which earned him the Grand Prix at the 1900 World Fair, made him the most successful living Spanish painter, confirming critical interest in his art—an art that explored nature with sincerity and had the seashore as the privileged setting for his paintings.”