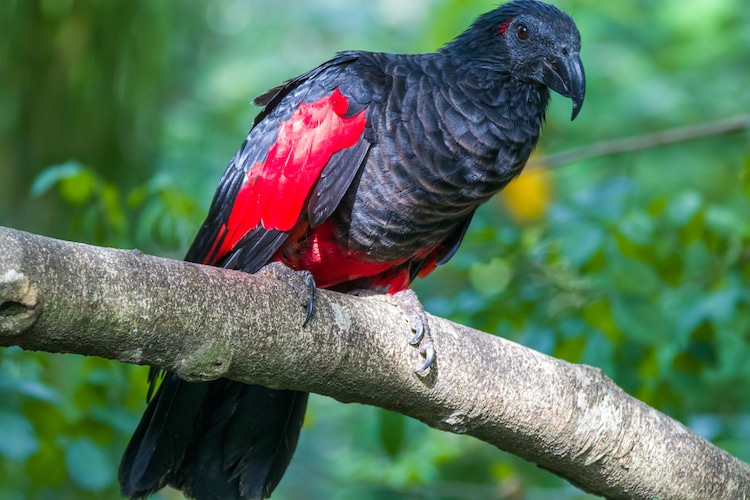 There are some beautiful birds in the world but perhaps none with a name quite as frightening as one species found in New Guinea—the Dracula parrot. This is the nickname for the Pesquet’s parrot (Psittrichas fulgidus), which is endemic to the island’s hill and montane rainforest. With rich black feathers and a scarlet red underbelly, it has all the coloration of Count Dracula’s cape, but looks can be deceiving.

The Dracula parrot is a relatively large parrot, measuring a total length of about 18 inches and weighing between 1.5 and 1.75 pounds. Its long hooked beak and bare face, coupled with its large head, make it look a bit like a vulture. For that reason, it’s sometimes also called a vulturine parrot. But, don’t let these colloquial names fool you—this bird is no flesh-eater.

In fact, the Dracula parrot is a frugivore, which means that fruit is its preferred food. And for this parrot, we’re not just talking about any fruit. These parrots only feed on a few species of fig. This helps explain why they aren’t migrant and typically stick to one area. This is also why they’re only one of three parrot species without a bare face, as the fruit pulp they eat would cause facial feathers to become matted.

When they are left alone in areas where they aren’t hunted, it’s not uncommon to see groups of 10 to 14 roosting in the trees. They can almost always be found at least in pairs. Dracula parrots are believed to have a lifespan of 20 to 40 years and they nest in large, hollow trees. Interestingly, only one or two eggs are laid at a time.

These rare birds are the only members of their genus, and this genus is the only member of the subfamily Psittrichadinae, which shows how unique these parrots truly are. Unfortunately, the Dracula parrot has been classified as vulnerable on the IUCN’s Red List. This is mainly due to poaching, as well as habitat loss. Poachers go after the Dracula parrot for their feathers, which are highly prized by collectors. It’s believed that between 20,000 and 50,000 Dracula parrots exist in the wild and their population continues to decrease.

The Dracula parrot is a rare bird endemic to the New Guinea rainforest. 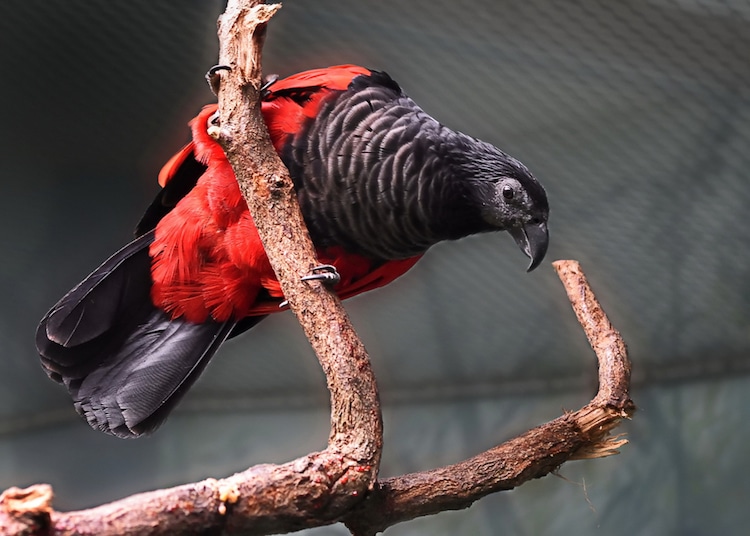 Its bare face makes it look a bit like a vulture, but in reality, this parrot only feeds on a few types of figs. 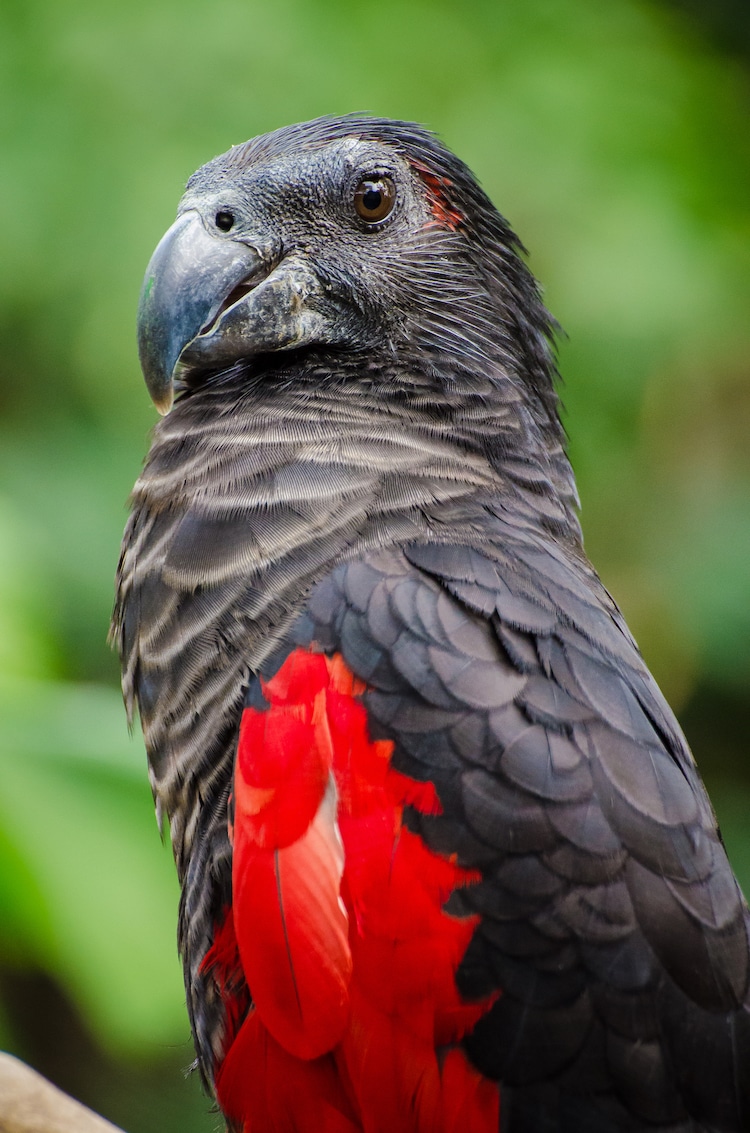 Its black feathers and scarlet red belly give it the appearance of Count Dracula’s cape. 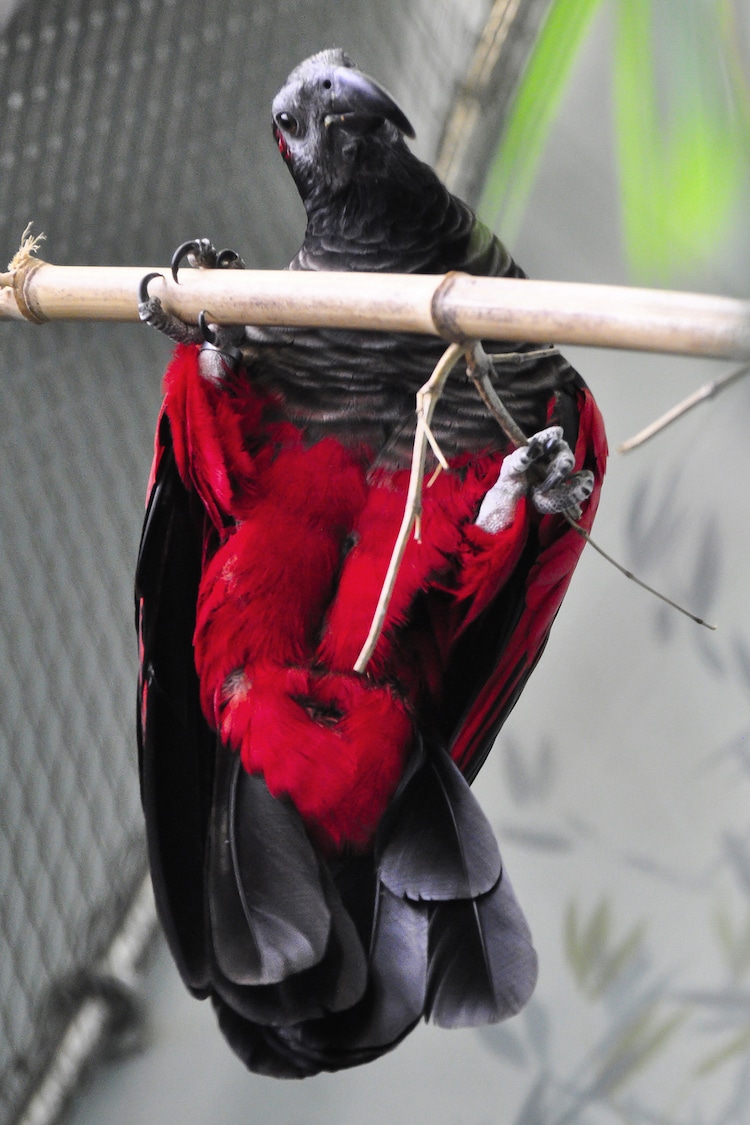 Unfortunately, Dracula parrots are declining in number due to poachers who are after their feathers, which are highly prized. 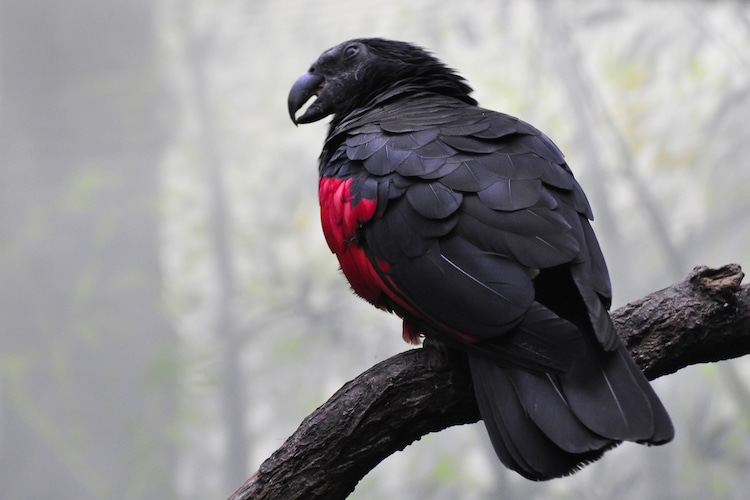 Striking Portraits of Rare and Endangered Birds With Unique Personalities