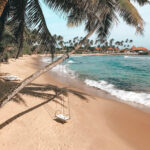 The Mysterious Disappearance of the Amber Room 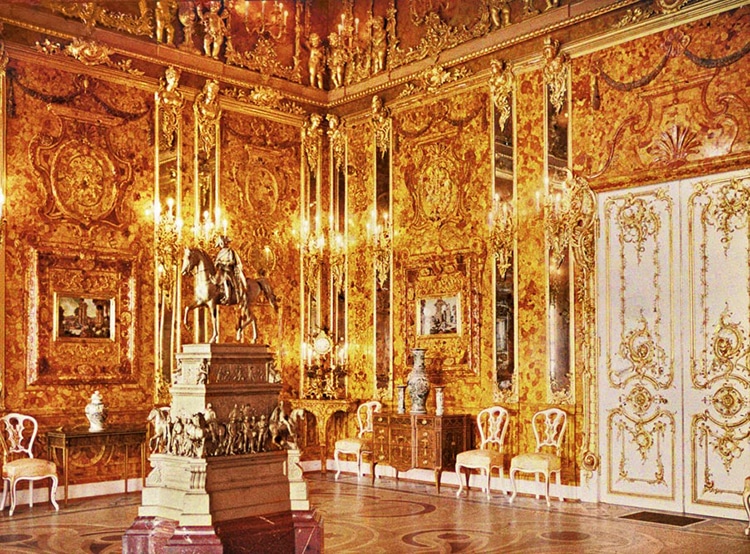 Considered the “eighth wonder of the world” by many, the Amber Room was an intricately constructed golden-hued masterpiece of contemporary artistry. Designed by German baroque sculptor Andreas Schlüter and constructed by Danish amber craftsman Gottfried Wolfram, it became a glorious spectacle whose history is rife with adventure, mystery, and bloodshed. The creation, disappearance, and reconstruction of this remarkably opulent and mysterious location is unlike any other.

Although the installation of carved amber panels is often attributed to the Russian Empire—whose hands it would eventually fall into—it was originally built for the Prussian Monarchy in 1701 and housed in the Charlottenburg Palace, home to the first King of Prussia, Friedrich I. Rising conflict in Eastern Europe led to an alliance between Russia and Prussia against Sweden. This alliance was later symbolized by gifting the Amber Room to Peter the Great of Russia in 1716. The famous Russian leader had the room installed in the Winter Palace in St. Petersburg, but Tsarina Elizabeth ordered its transfer to the Catherine Palace in Tsarskoye Selo in 1755. 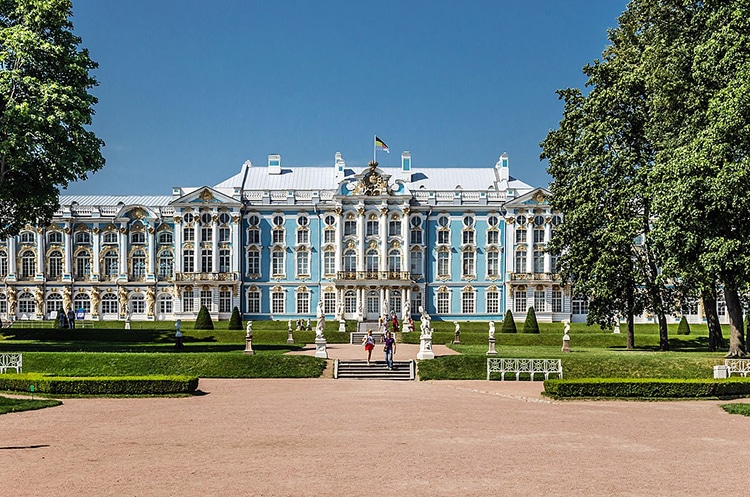 It was at this location that the room was expanded, and came to total over 180 square feet. At this point, it comprised six tons of amber and other semi-precious stones—historians estimate the room cost approximately $176 million dollars in today’s money. For the next two centuries, the room was admired by both Russians and the rest of the western world—so much so, that the room, and many other historic artworks like it, became endangered by the growing totalitarian sentiment in central Europe in the 1930s. 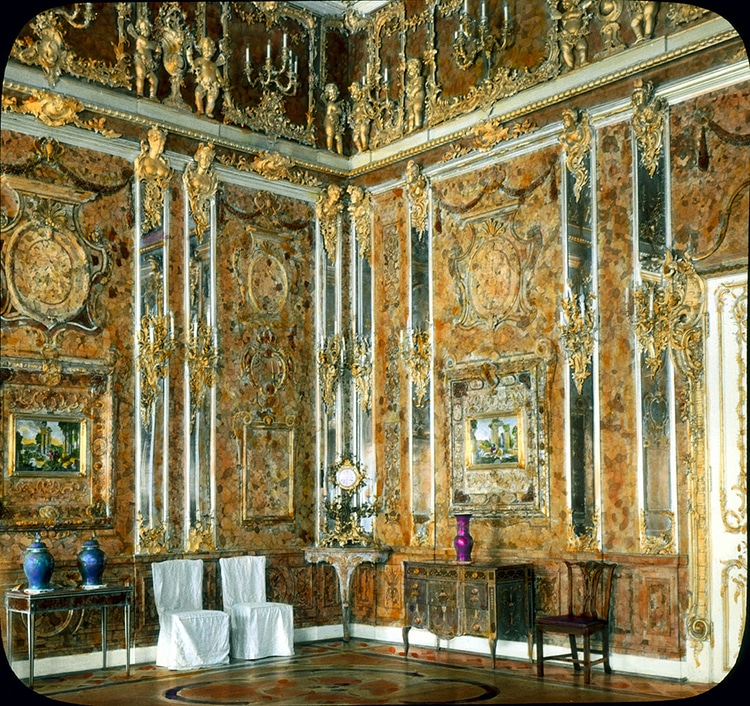 On June 22, 1941, Adolf Hitler initiated Operation Barbarossa, which focused on the invasion of the USSR. Knowing that national treasures like the Amber Room were in great danger of being seized by Nazi officers, Soviet curators tried to have the room relocated away from the front. The amber had become so fragile in the years since its molding that it crumbled. Unable to remove the room from the palace, the Soviets attempted to hide it from Nazi invaders by covering it in thin wallpaper.

Unfortunately, the Nazis discovered the precious amber panels and dismantled it completely, later reconstructing it in the Königsberg Castle in Germany. The room stayed there for two more years, before being ordered by the Nazis officials to be relocated in late 1943. The room was successfully packaged for travel, but was never seen again. 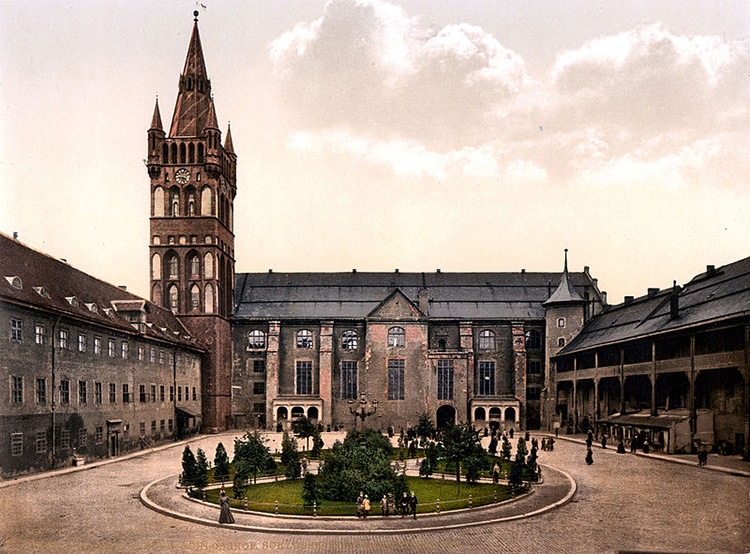 Many conspiracy theories have developed in the years since its mysterious disappearance. The simplest theory is that the bombing raids that destroyed the city it was housed in must have also destroyed the amber panels, and that they never actually left the region. Others believe that the panels lie somewhere at the bottom of the Baltic Sea in a sunken ship. The only item that has been found in the installation’s wake is a mosaic panel discovered in 1997 by German art detectives, but there was no indication as to its provenance. Modern day treasure hunters constantly tout their leads about the Amber Room’s fabled location, but the “eighth wonder of the world” seems to be lost to time forever.

Thankfully, you can visit a reconstruction of the original room, based on its Prussian specifications, in Tsarskoye Selo at the Tsarkoye Selo State Museum today. The reconstruction was a massive undertaking, costing about $11 million and taking 25 years to complete. Its opening in 2003 marked the 300-year anniversary of St. Petersburg.

The Fabergé Egg: How Imperial Russia’s Most Elaborate Easter Gift Came to Be

Simple Guidance For You In Southeast Asia