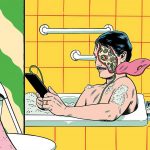 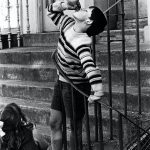 This Polish Artist Would Consume Peyote, Cocaine, and Other Intoxicants Before Creating Stunning Pastel Portraits » Design You Trust 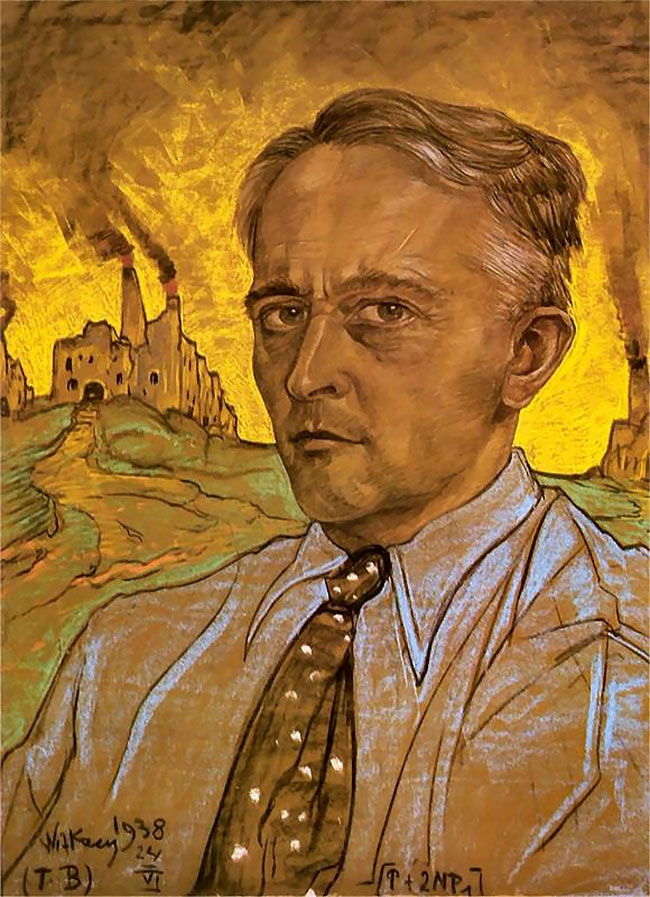 In pursuit of Pure Form, the Polish artist Stanisław Ignacy Witkiewicz known as “Witkacy” would consume peyote, cocaine, and other intoxicants before creating pastel portraits.

Perhaps it is the main subject of the self-portrait that captures your attention. Debonair in a crisp blue shirt and spotty tie, Polish artist, writer, and philosopher Stanisław Ignacy Witkiewicz (Witkacy) strikes a classic pose: head slightly turned away, steely gaze, half-smile. Or maybe your eyes pan beyond Witkacy to the strangely apocalyptic background — ruined buildings, rendered in smudged grey and yellow pastel, leaching smoke into the air. 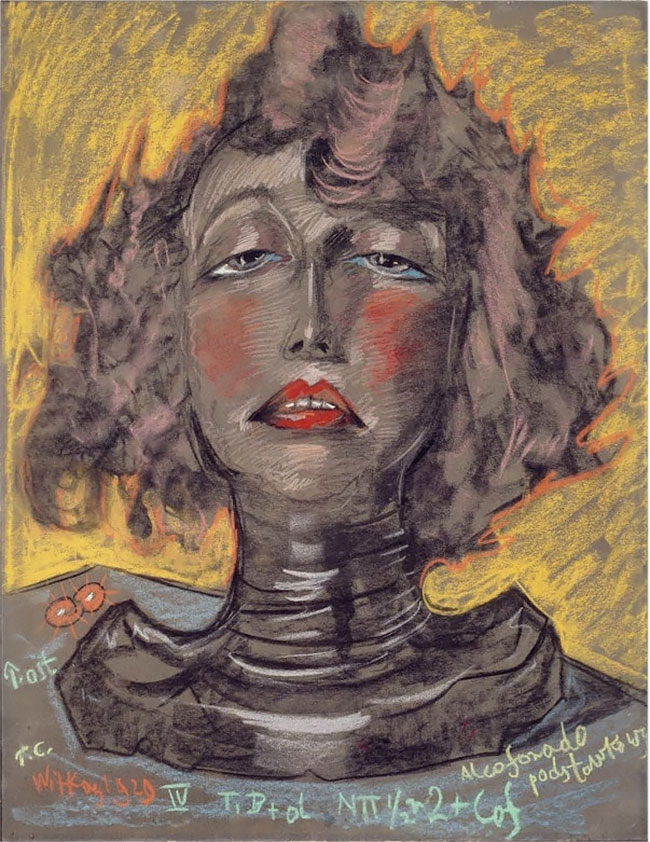 A prophetic vista, given that the portrait was completed in 1938. Either way, it is easy to overlook the inscription, in the black crayon of Witkacy’s spiky hand, jotted across the bottom of the image: [P + 2NP1]. It looks almost like a signature, a cipher, or a record of ownership. This is Witkacy’s formula for keeping note of the substances he had consumed during the artwork’s composition, and of a previous spell of sobriety. In this case, P denotes “palenia”, or smoking tobacco, while 2NP1 signals one month and two days of “non-smoking”. 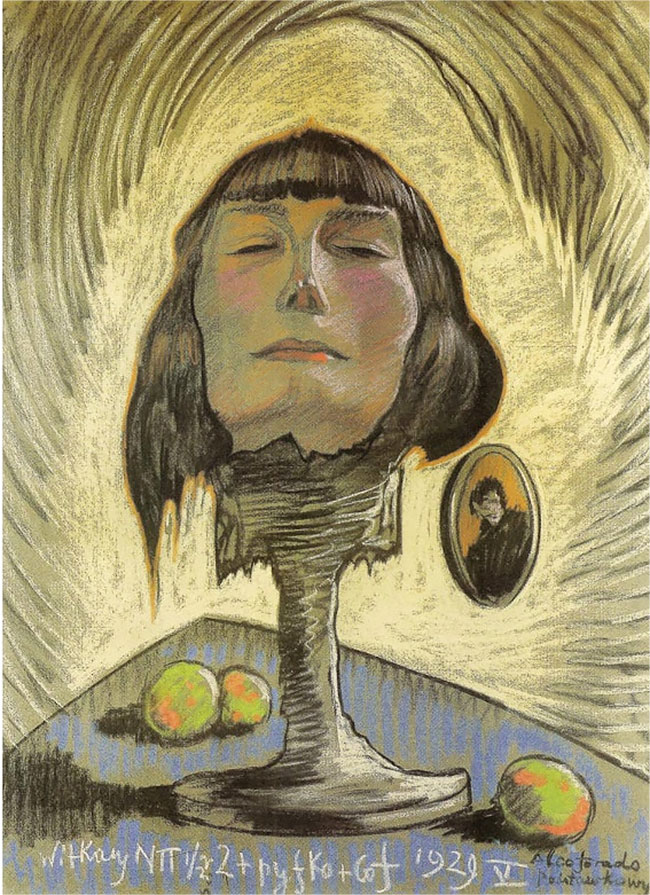 Under the influence of cocaine, mescaline, alcohol, and other narcotic cocktails, Witkacy prepared numerous studies of clients and friends for his portrait painting company, founded in the mid-1920s; the mix of substances inducing different approaches to colour, technique, and composition. The resulting images are surreal — and occasionally horrific. Heads become disembodied busts, suspended in the night sky. Bodies are transformed into worms. Faces seep down the paper.

Stanisław Ignacy Witkiewicz, Portrait of Stefania Tuwimowa, 1929. Type “B + E (+A)” portrait (“the composition takes the form of a sketch”, with spruced up and slick execution). Caffeine, no alcohol. 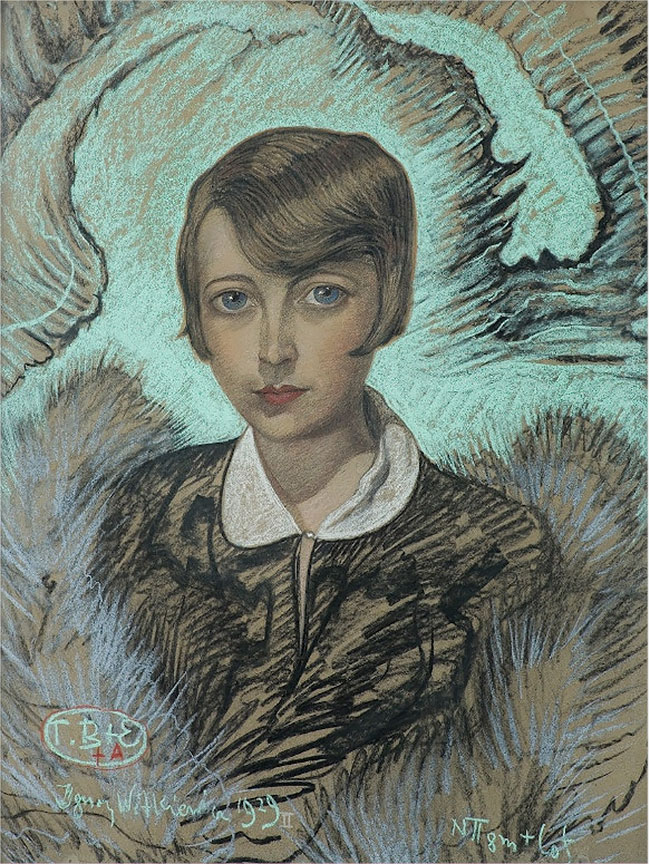 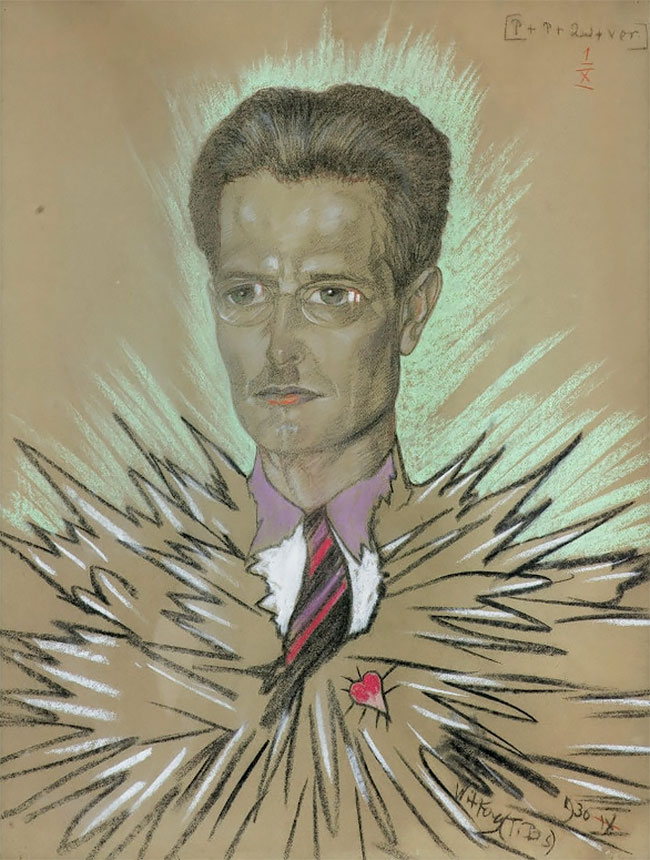 Stanisław Ignacy Witkiewicz, Self-Portrait, 1918. Type “D” portrait (executed with subjective characterisation, as if under the influence of drugs, but without “recourse to any artificial means”). 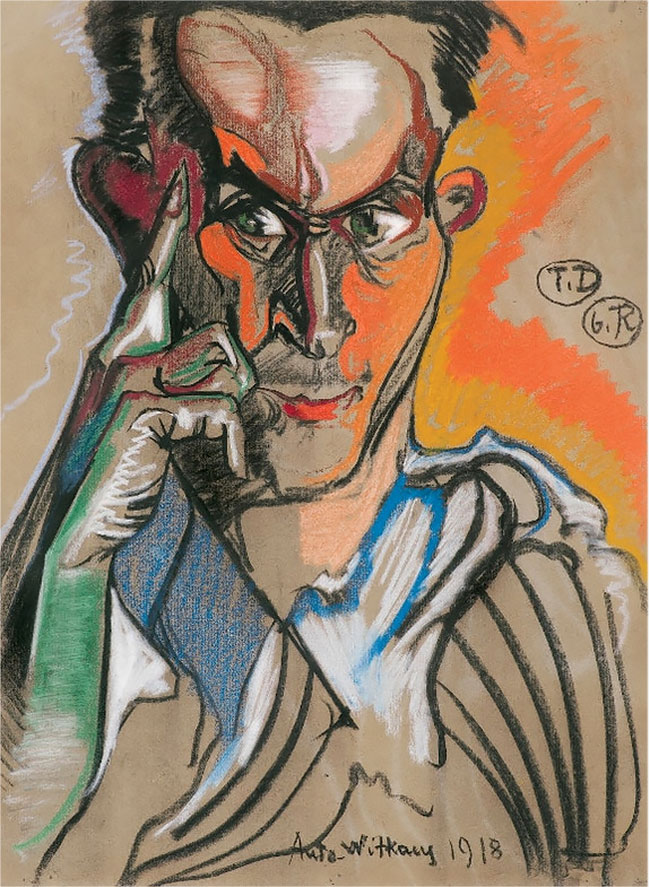 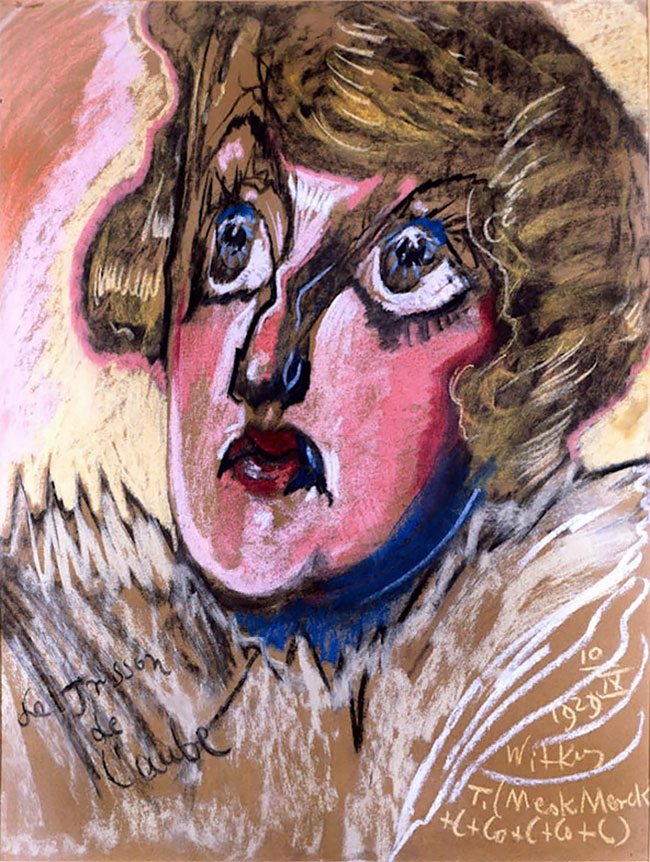 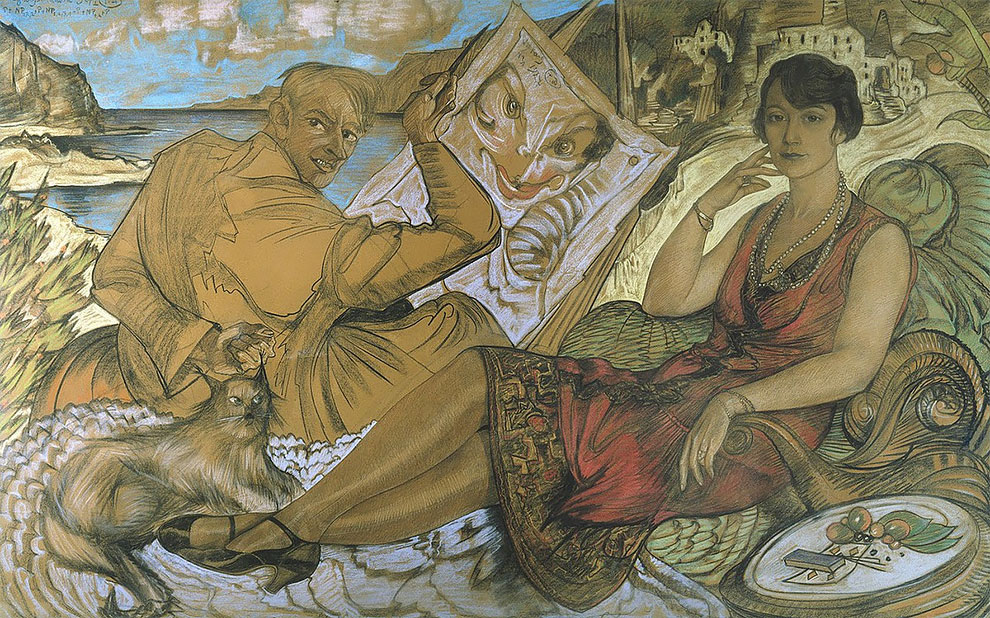 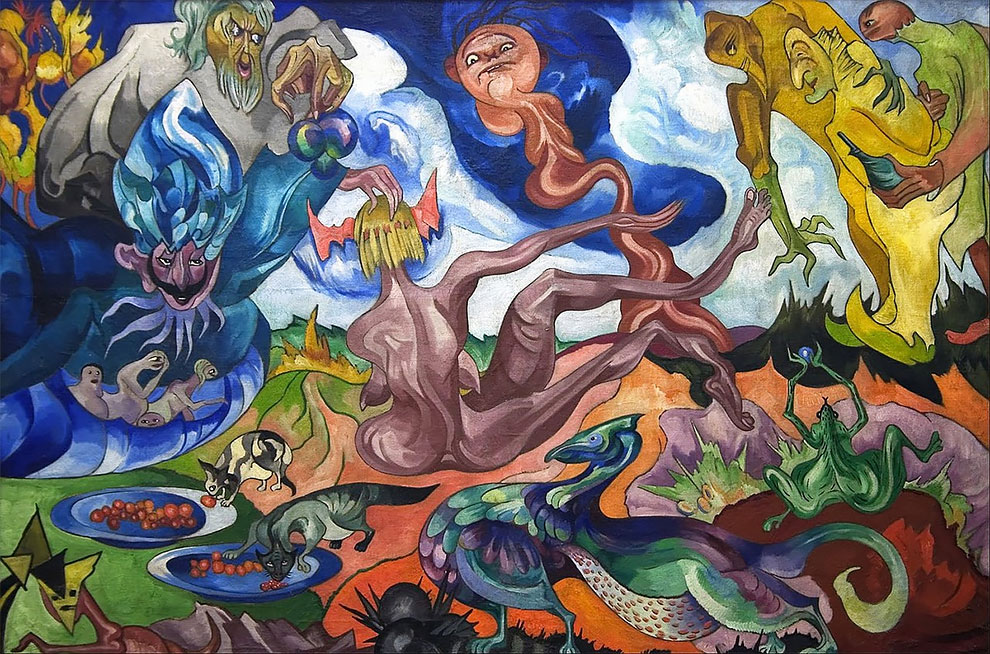 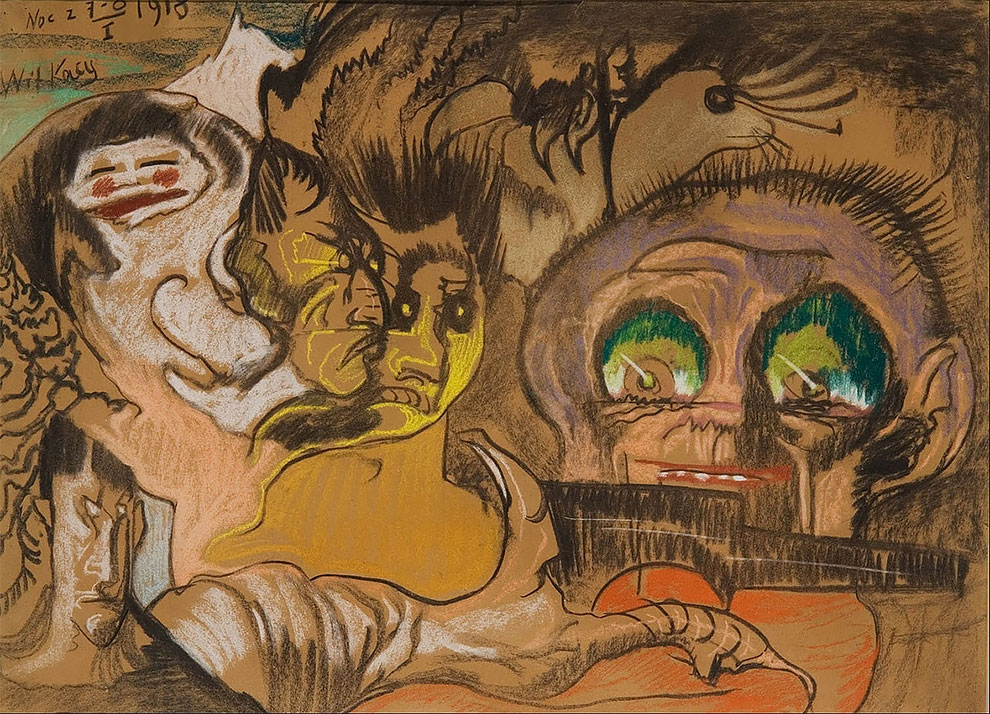