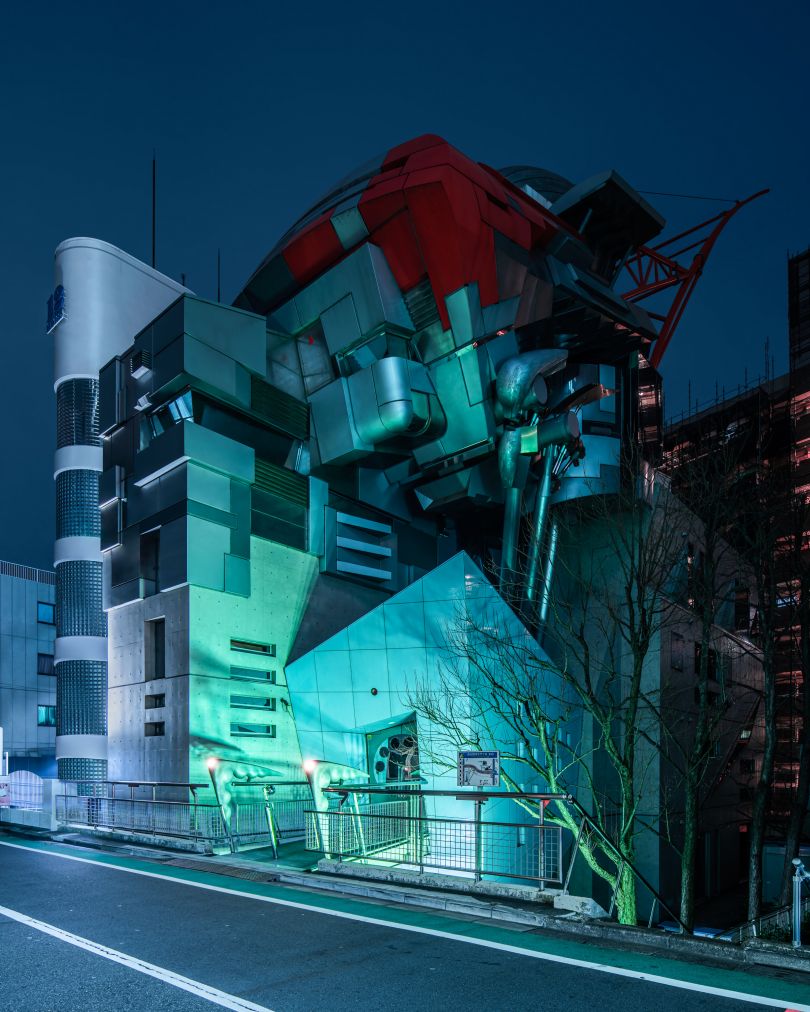 As deserted city centres continue to be a reality for many of us, a photographic series by Melbourne-based artist Tom Blachford is a timely reflection of metropolises in a post-pandemic future world.

Called Nihon Noir, which translates as Dark Japan, the photographs of architectural landmarks of Tokyo and Kyoto were shot late at night before Covid-19 was even a thing. Yet, their ominous and empty tone gives the impression they were taken during a lockdown. As Blachford puts it, the featured buildings exist in the “past, present and future all at once”.

It’s an exploration of modernist, Metabolist and postmodernist architecture, and a continuation of some of Blachford’s earlier work, but this time round he embraces more radical structures such as Kengo Kuma’s M2 building, allegedly one of the Pritzker Prize-winner’s biggest regrets. His hyper-saturated colour palette of pink and purple hues and use of a cinematic 16:9 crop also marks a departure from the earlier iteration of the project.

Among the other buildings in his line of sight: the Kyoto International Conference Centre (Sachio Otani); Aoyama Technical College (Makato Sei Watanabe); and St Mary’s Cathedral (Kenzō Tange). “The main aim of this series is to take buildings from the past, between 30-60 years old, and to photograph them in a way that makes them feel like they are from the future,” Blachford tells Creative Boom. Citing the original Blade Runner film as an influence, he gravitated towards buildings that looked futuristic or “just plain bizarre”.

Finding vantage points provided a unique challenge: in one instance, Blachford recalls how the staff of a late-night restaurant (specialising in chicken gizzards, no less) took a window off the hinges before he realised the rooftop would work just as well to capture the Edo-Tokyo Museum.

The night-crawling artist would shoot between 10pm and 4am, rewarding himself with a bowl of hot ramen and big cold beer on the way home. He adds: “My style will resonate differently with people after Covid-19, as empty cities became an actuality, not just a fantasy.”

He adds: “Nihon Noir arose from my fascination with Tokyo and my desire to translate the feeling that struck me on my first visit, that somehow you have been transported to a parallel future where everything is more alien than familiar. My intention is for the viewer to ask not ‘where’ they were taken but ‘when’.”