In Charles Dickens’s classic “A Christmas Carol,” the Ghost of Christmas Past was a scary and morose figure and a reminder of all the things that Ebenezer Scrooge had done wrong in his life. In reality, for the most part, Christmases past aren’t really very scary. In fact, based on these photos from these vintage Christmas photos from the archive, prior holidays looked a lot like ours, albeit with fewer Instagram filters and a lot more scraggly Santa beards.

To celebrate today, here are some non-scary, mostly silly (and some serious) photos of Christmases past from around the world. Happy holidays! 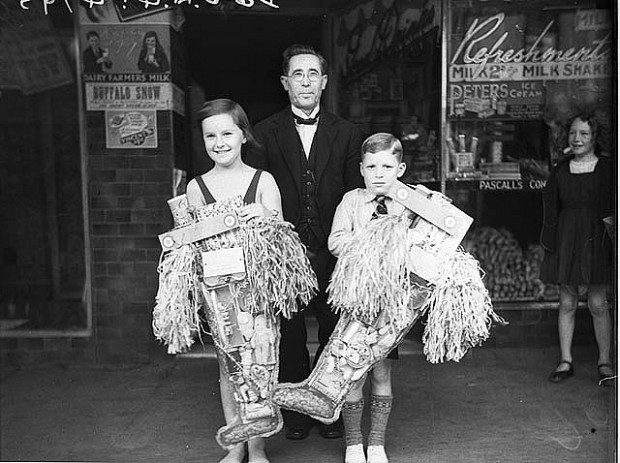 These Australian children appear to have gotten lucky and procured some very large stockings. This photo is dated 1934 and comes via the State Library of New South Wales. It was published on December 26 in the local papers. 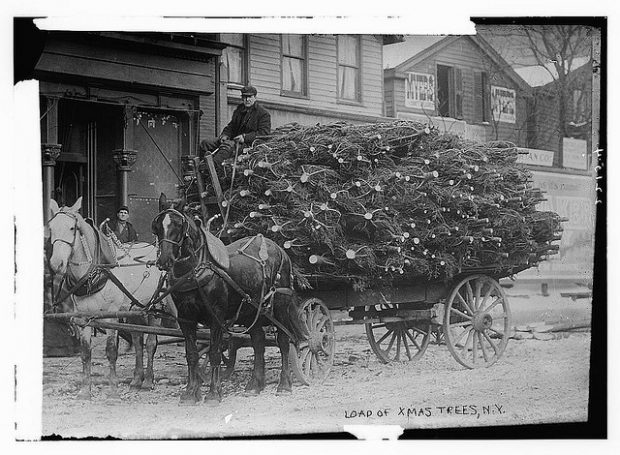 “Loads of XMas trees” came rumbling down the streets of New York between 1910 and 1915 according to this Library of Congress photo. 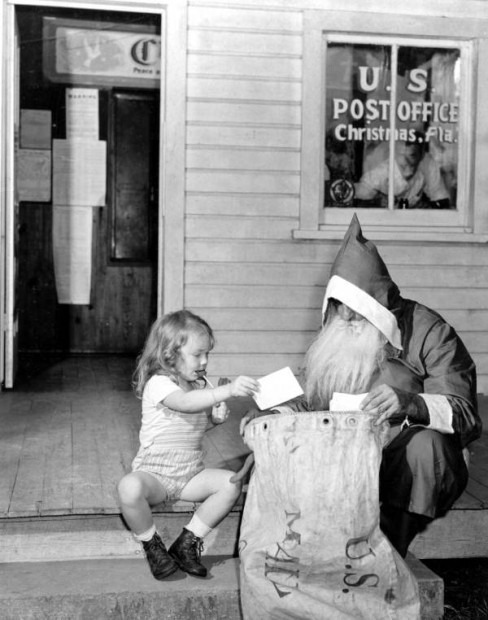 Letters to Santa: A tradition. This 1947 image of little Marion Stockton mailing her wishes comes from Florida Memory. 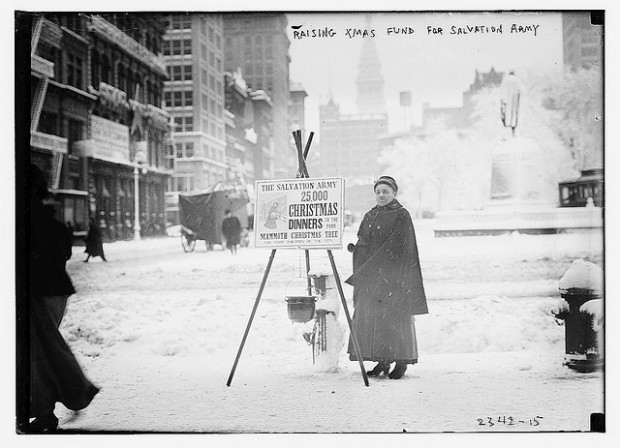 Salvation Army Christmas drives are a long-standing tradition. This lonely, charitable person was photographed in 1915, and the image comes from the Library of Congress. 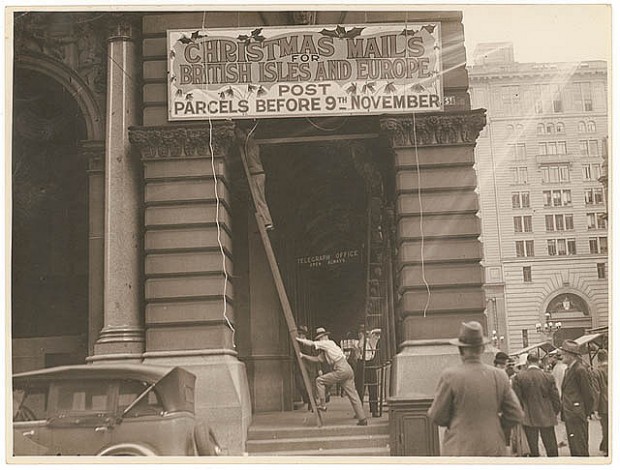 The Christmas postage rush: Certainly nothing new, though Amazon two-day shipping sure has changed the amount of planning ahead we need to do. According to this image via the State Library of New South Wales, to ship anything to the UK in the 1930s, you have to leave almost two months’ time. 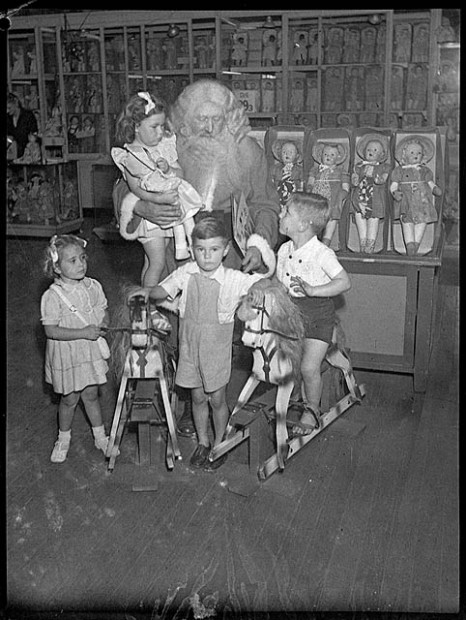 One thing that does not appear to have changed, if this 1946 image via the State Library of New South Wales is that children do not always love to post with Santa. Look at the face on the little guy in the middle! 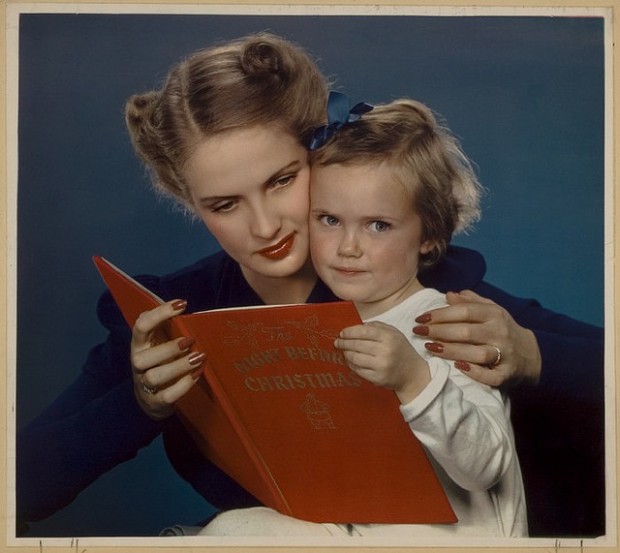 Here’s another pretty serious side-eye from McCall Magazine’s 1934 December issue. This image comes from the George Eastman House Collection and was made by Nickolas Muray. 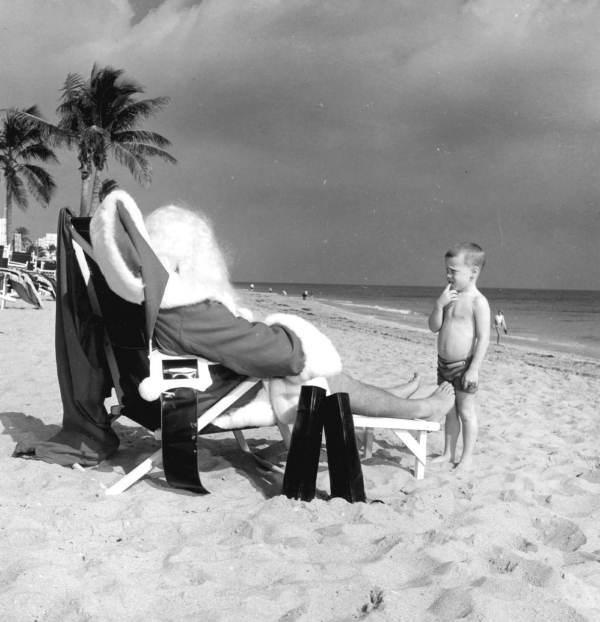 Florida really never sees a white Christmas, unless you count sandy beaches like the one in this 1964 promotional photo from Florida Memory. 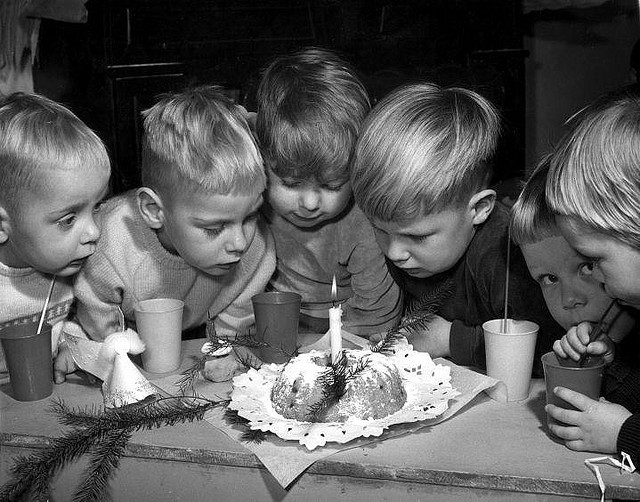 What would Christmas be without sweets? These Dutch children, circa 1960, seem pretty excited about that particular facet of the holiday. Image via the National Archive of the Netherlands. 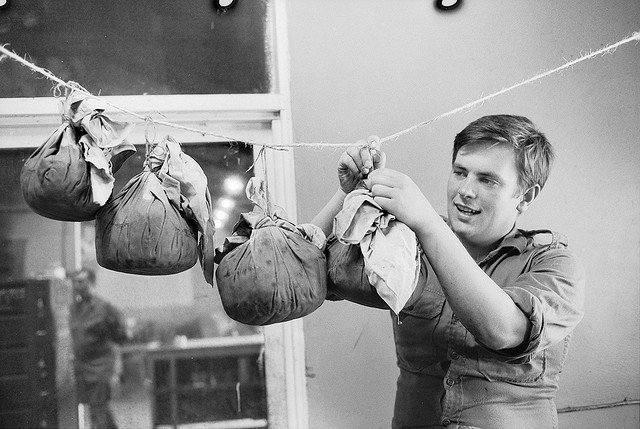 During difficult war times, Christmas treats become an important comfort. In this photo, taken during the Vietnam War, Private (Pte) David McColl is shown “hanging puddings to mature before Christmas. Pte McColl spent his spare time during the weeks leading up to Christmas supplementing the supply of Christmas cakes and puddings provided by families and friends of soldiers still serving in Vietnam,” according to the Australian War Memorial. 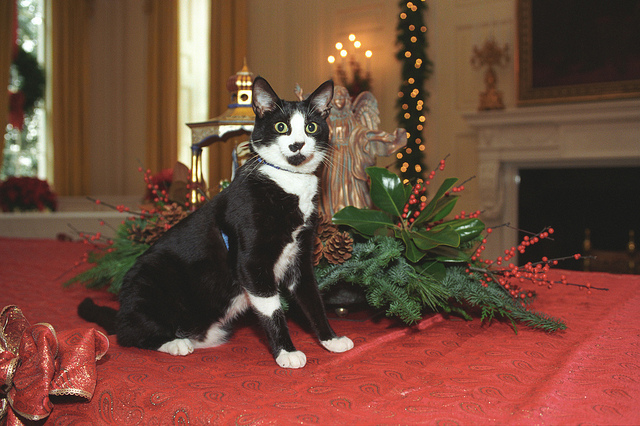 Socks the cat, who lived in the White House with President Bill Clinton, enjoyed almost any excuse to have his photo taken. This photo comes from the U.S. National Archives. 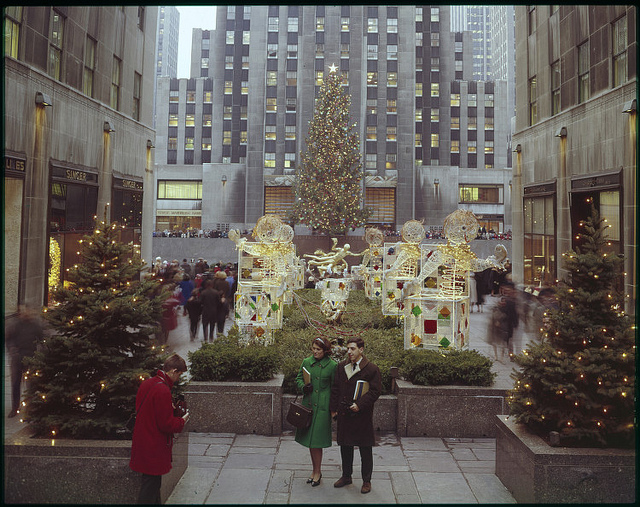 Rockefeller Center has long been a hub of holiday activity; here it is in a 1964 photo via the SMU Central Library University. 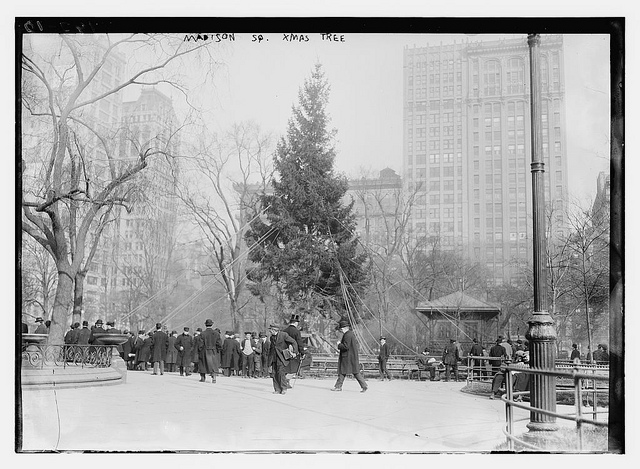 Speaking of New York City, Madison Square Garden wasn’t always the spectacle it is today. Here’s its tree some time around 1910, according to the Library of Congress.