Select your Top Menu from wp menus
Art And Craft
2021-04-16
Miif Plus
Home
Art
Where the heart is: illustrated book HOME celebrates football stadia and their songs 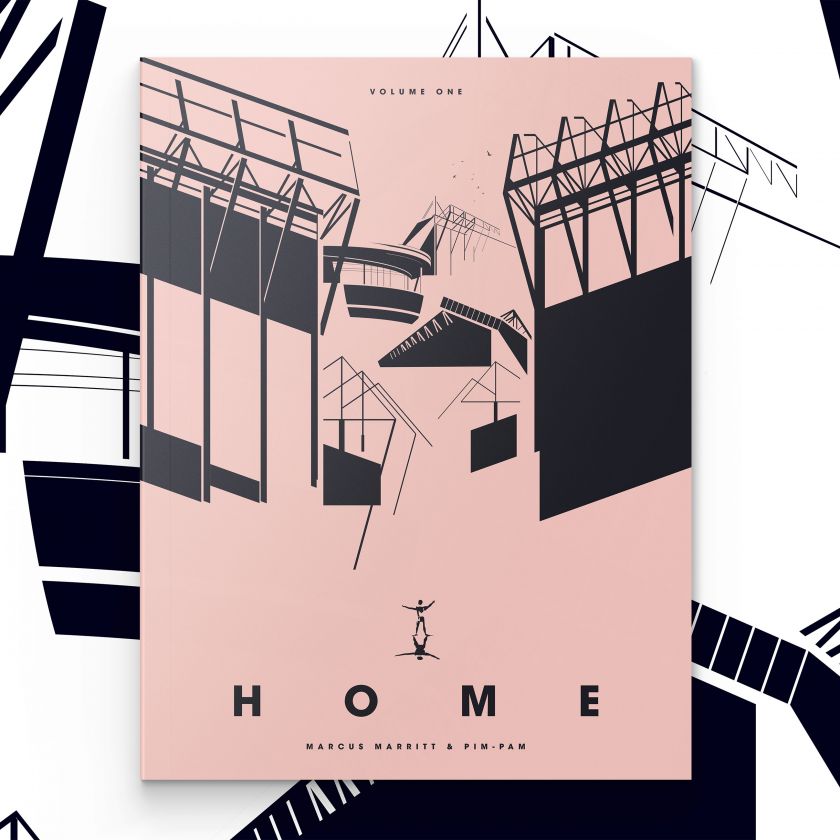 British football fans will have to wait until 17 May before we can return to our favourite stadium and sing until we’re hoarse. But in the meantime, here’s a great way to experience these incredible buildings in illustrated form.

We first told you last year about Glasgow creative Marcus Marritt’s series of football stadium illustrations which began three years ago and led to briefs for The FA and UEFA. And now he’s teamed up with creative studio Pim-Pam to create a book, HOME: Volume One, celebrating 30 of the world’s greatest club football stadiums and the songs that make them special. 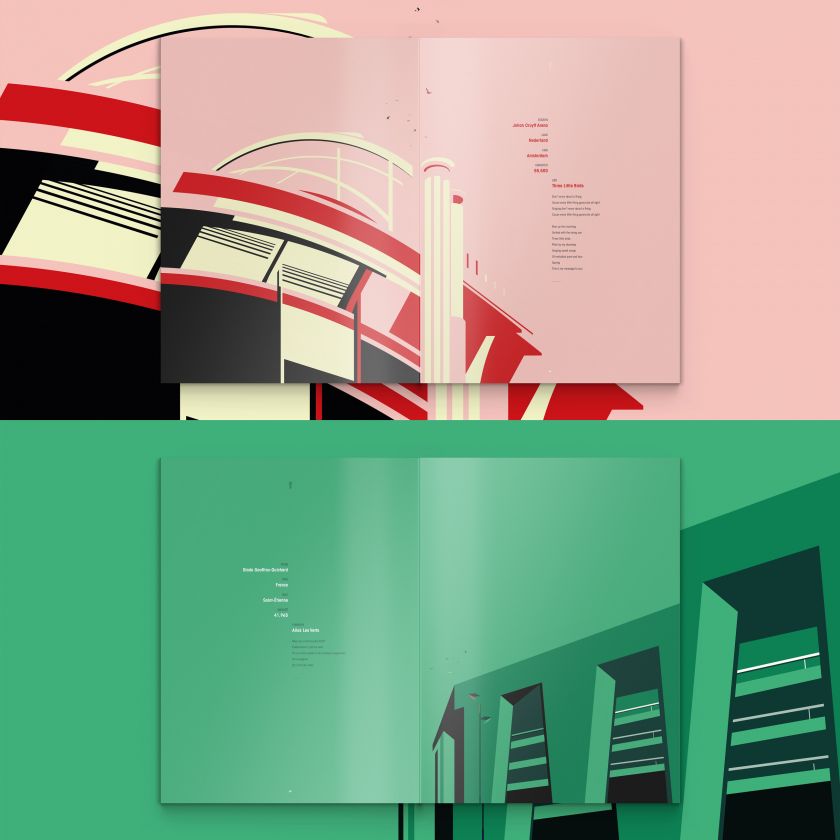 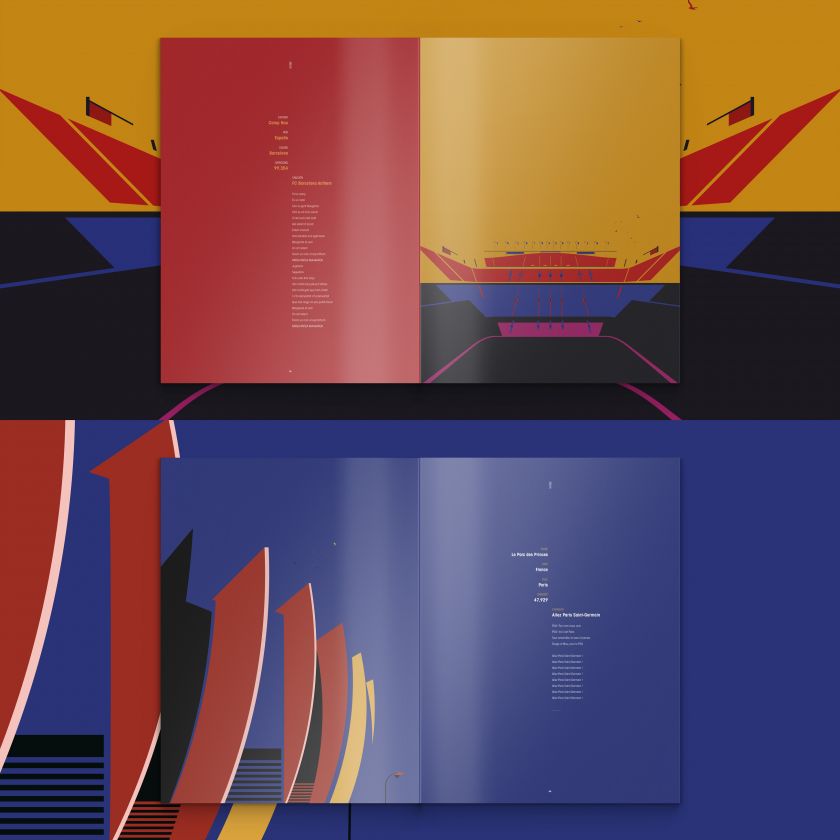 “It was only once I had connected with Luke at Pim-Pam did a clear idea form between us on how to format and structure this series of books, to be more than simply a collection of my stadia illustrations,” Marcus tells Creative Boom. “Alongside my work on the illustrations, it has very much been the ‘designer’s eye’ from Luke that has given this series real context, to do all we can to recognise the lyrics and atmosphere of the places fans call HOME.”

The featured stadia in this first volume include everywhere from Allianz Arena, Anfield and Celtic Park to Old Trafford, San Siro and Stade Vélodrome. Does Marcus or Luke have any favourites? “I have real soft spots for the Krestovsky Stadium, San Mamés and Nouveau Stade de Bordeaux though my illustration of La Bombonera is a standout for me,” says Marcus. “Struggling to choose a favourite, for me Johan Cruijff Arena and San Mamés,” adds Luke. 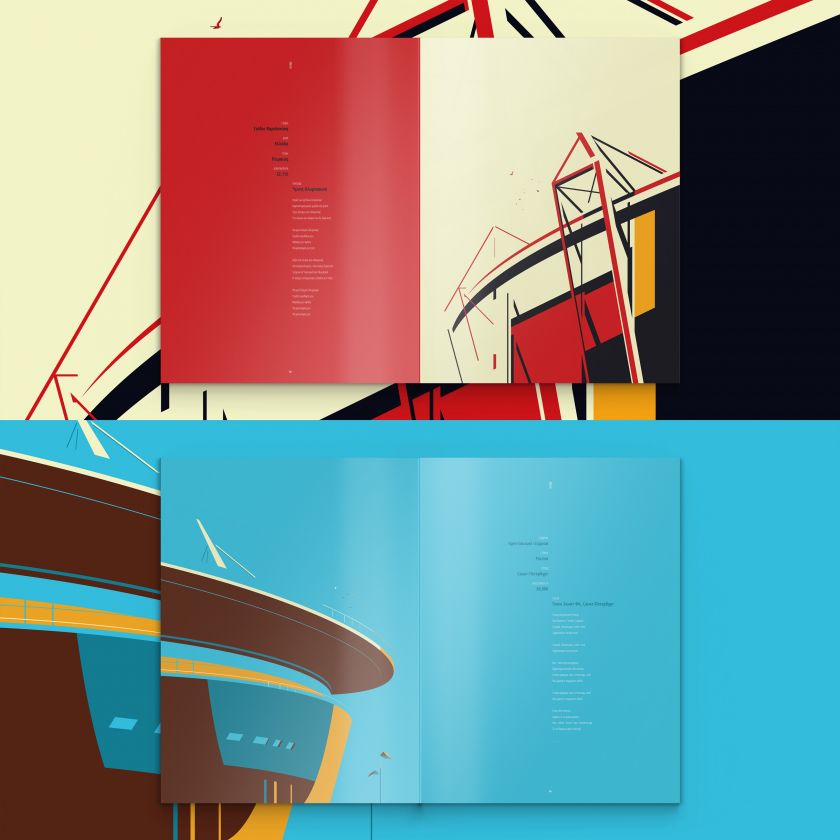 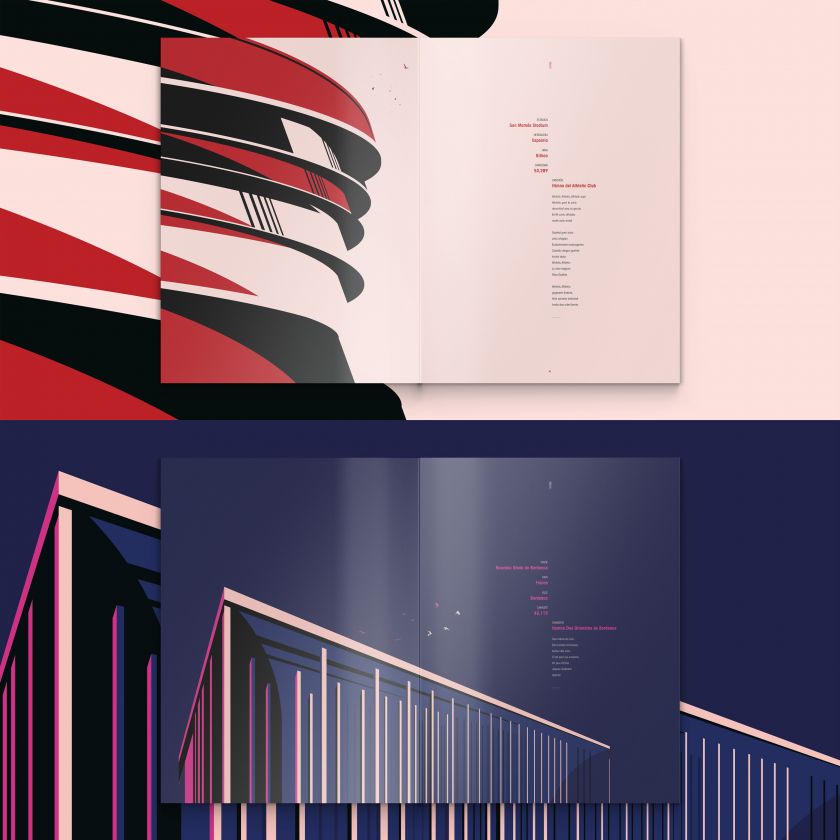 Deciding to develop and publish a book during a global pandemic was something Marcus said kept him sane and also felt right: “My instincts tell me that crafting this first volume during this last year, to be celebrating the physical structures and spaces that have been locked off to us all, was meant to be. Whatever may come of this series, we can always look back on Volume One knowing that this was all born during a time when we knew very much the value of those special places we call HOME.”

HOME: Volume One is now available to pre-order from www.homestadia.com for £20 + p&p. In the book, each stadium appears as a removable print sized at 12″ x 16″, with the information detailed in its HOME language as a tribute. 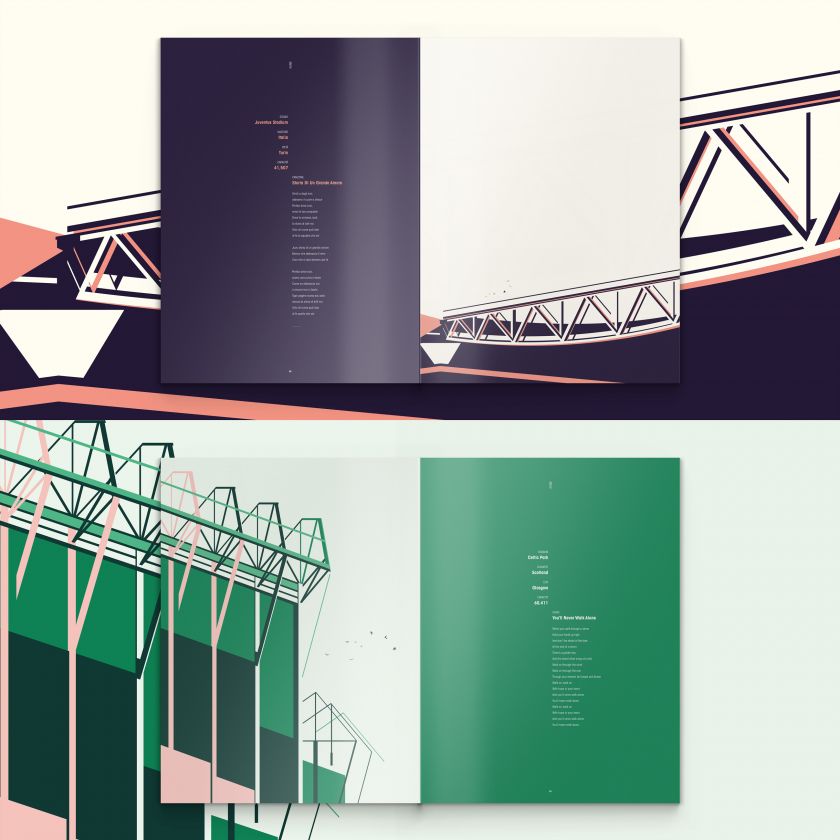 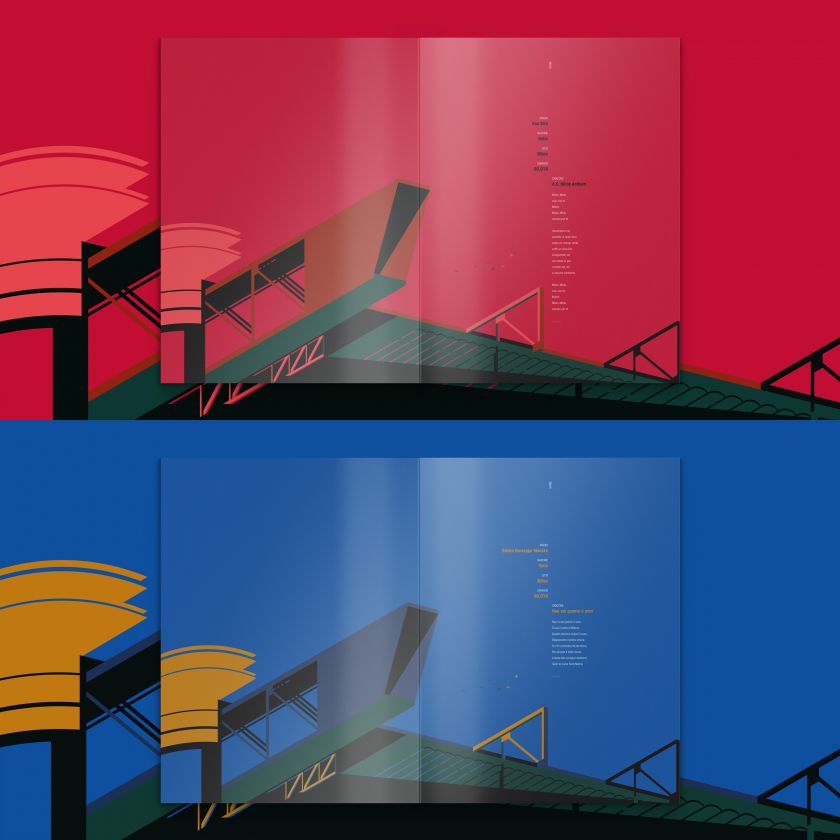 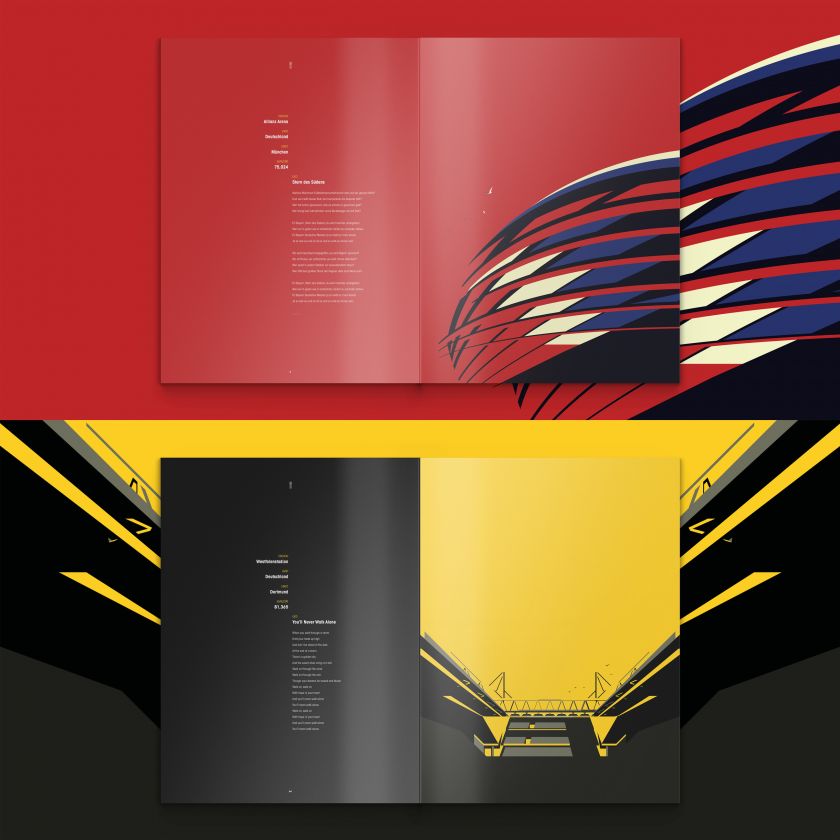 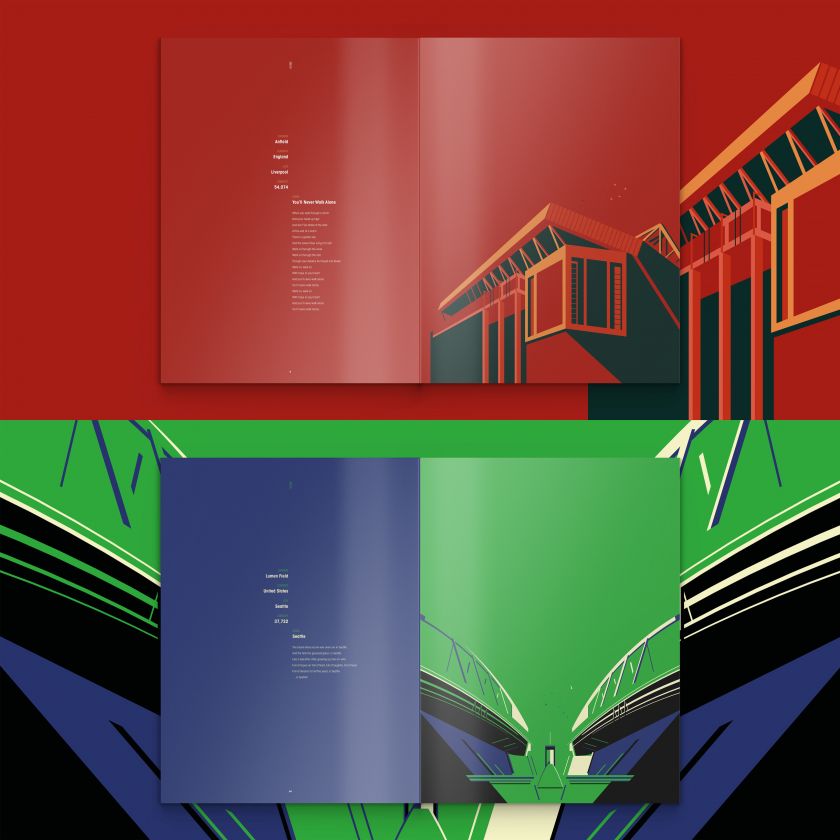